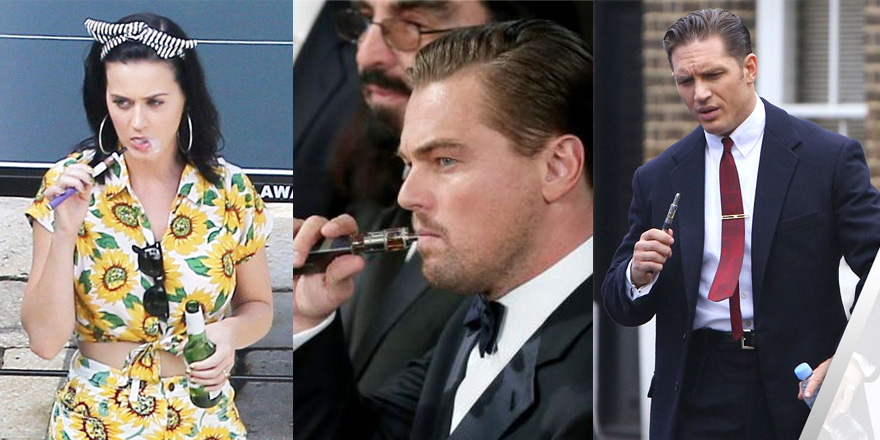 Pop culture embraces the latest trends in the mainstream population. Among the categories that relate to the pop culture closely include TV series, music, fashion, movies, slang, video games, and slang.

A decade ago, the term vaping didn’t mean anything. However, it’s now a trend that is spreading from the lives of many people to music videos and films. Vaping has become part of the pop culture. Today, people are seen vaping in TV series, films, music videos, and films. 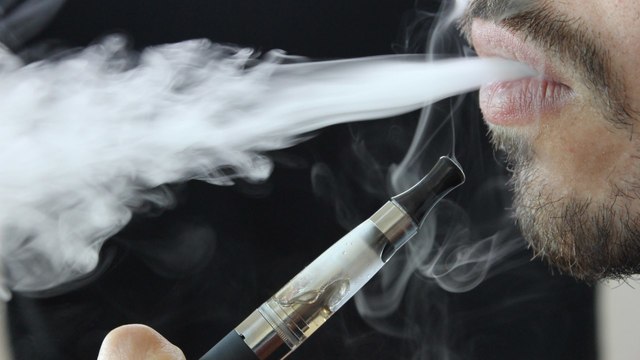 Electronic cigarette and vaping have taken their place in the pop culture’s history. Today, movies and music videos feature celebrities blowing vapor clouds all over. To some people, this may seem like product placement. However, it’s a prominent display. And because pop culture has largely been associated with the young people, this display markets vaping to teenagers.

Many movie stars and musicians are spotted with the best e-cig (check here) and other vaping products even in real life. Since fans generally follow most trends supported by their celeb crushes, they start using the same products. This has led to the growth of the popularity of vaping.

It’s worth noting whenever influencers like Katy Perry, Leonrardo Dicaprio, and Johnny Deep take up this smoking alternative. Basically, there are many celebrities that have been photographed vaping including Lady Gaga, Britney Spears, and Ellen Page. These have all made vaping more popular by influencing their fans to take up the culture. 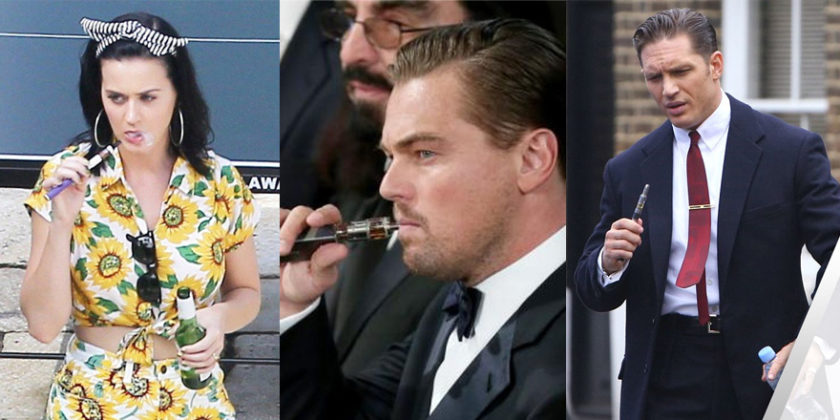 Today, vaping is popular than smoking especially among teenagers. Youtube and Instagram are flooded with videos that depict young people as they puff on their unique e cigs. In addition to vaping being preferred by celebrities, electronic devices for vaping have qualities that make them appeal to young people.

These include the following

Most people turn to vaping due to delicious e-liquids with tastes of chocolate, strawberry, bubble gum and vanilla. These flavors are quite intriguing to young people. In fact, some of them purchase ingredients to come up with more unique flavors.

This is a competitive sport whose popularity has continued to grow among young people. It entails producing the thickest and biggest vapor plumes. The goal of this sport is to show mind-blowing vaping tricks. Today, there are many videos of people competing with different tricks online.

Another reason why vaping has become part of the pop culture is the savings that it offers when compared to traditional cigarettes. Unlike traditional cigarettes, an e-cigarette can be reused after refilling. You buy the device once and a bottle of e cig juice every month to refill it. This is cheaper than purchasing cigarettes packs on a regular basis.

Vaping devices attract school-goers’ attention due to their small size and ease of use. These devices can be hidden in pockets and used discreetly. Thus, students are taking them to school and vaping without being caught.

Teenagers are also vaping at home without being caught by their parents due to the compact size of these devices. What’s more, there are odorless e vapor options that students can use discreetly in their rooms. This secrecy makes vaping more appealing to young people than smoking.

The community is slowly accepting vaping as a lifestyle. Today, there are clothes that feature stylish logos and funny statements that make identifying vape aficionado easy. There are also lounges and shops where people talk about vaping creations and news openly. Additionally, there are online forums and social media groups where people talk about vaping. 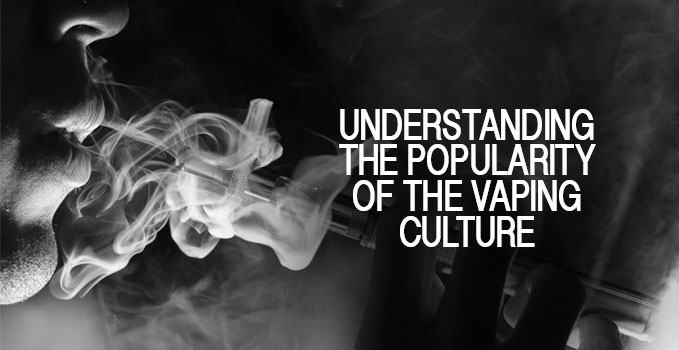 A common pop culture definition is that of a people’s culture pre-dominating in a society at a specific period. To understand why vaping has become part of the pop culture, it’s important to know why it started. Initially, vaping devices were created to help people get their nicotine dose even in public places where smoking was banned. Additionally, health concerns of smoking compelled the society to look for a smoking alternative.

It’s not surprising that study indicates that more smokers are using e-cigarettes since they need an alternative that is less harmful. Others are using them as nicotine replacement therapy trying to wean off nicotine.

However, entertainers and actors have solidified vaping place in the pop culture. For example, there is a picture of Leonardo DiCarprio vaping at the SAG Awards. Johnny Depp is also seen with an electronic cigar in The Tourist movie. Additionally, other celebrities like Drake, Lilly Allen, Jack Black and John Cusack have also played a role in solidifying vaping place in the pop culture.

Members of the society follow in the footsteps of the people they look up to because they want to achieve the same image or status. As such, when people see their favorite celebrities using vaping devices, they are persuaded that it’s the coolest thing to do. Some do this subconsciously.

Traditional cigarettes remained one of the most preferred drugs for a century even with the knowledge of its side effects. Similarly, vaping popularity might not decline in popularity anytime soon. Thus, it will most likely remain part of the pop culture for years.

Currently, extensive research has not been done on vaping or e cig vaporizer. The available studies have contradicting results. Nevertheless, vaping is a widespread practice that is considered part of the pop culture. Pop culture always plays a crucial role of promoting new hobbies especially among young people. Therefore, vaping will continue to occupy its part in the pop culture over the next years.