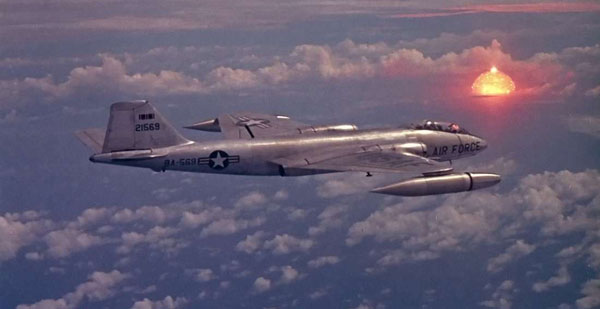 The U.S. conducted hundreds of nuclear tests between 1945 and 1962. The Lawrence Livermore National Laboratory has been working tirelessly for the last 5 years to preserve the declassified films of nuclear tests, and made them available to the general public on their official Youtube channel.

Recently, the Lawrence Livermore National Laboratory released around 250 videos more from eight different series of tests that cover a period of roughly a decade. The earliest of which was Operation Upshot-Knothole in 1953 and the last one was Operation Dominic, which took place in late 1962.

Operation Dominic is particularly significant as it happened during one of the tensest periods of the Cold War, after the Cuban Bay of Pigs invasion. It was the single biggest testing program conducted by the United States and the last of its atmospheric testing, only a few months before the US and the Soviet Union signed the Limited Test Ban Treaty in 1963.

Among the new footage, the team has included new videos from Operation Castle, which featured the most powerful device ever donated by the United States, as well as Operations Teapot from 1955, and Plumbbob – one of the longest and most controversial test series held in the US – from 1957.

Spriggs has stated in the past that this footage is deteriorating quickly so this work is very important. It keeps a record of a pivotal historical period in recent history and the footage also contains valuable scientific information about the explosions. It is also a stark reminder of just how powerful and destructive these weapons really are.