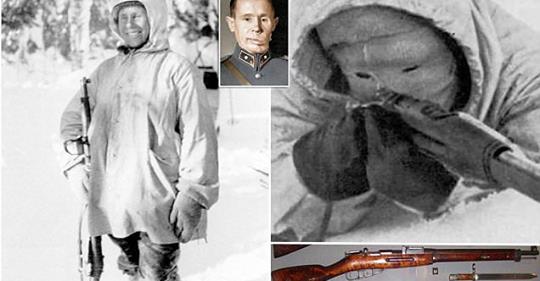 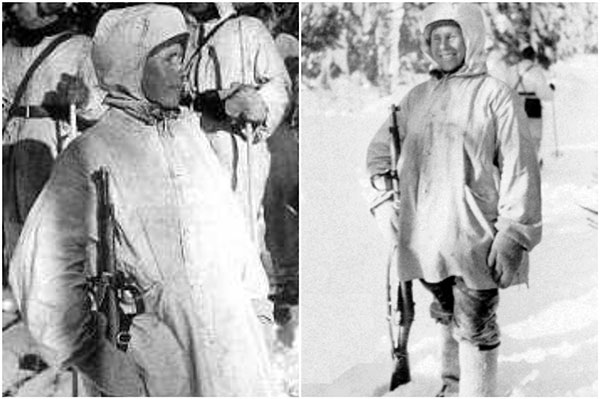 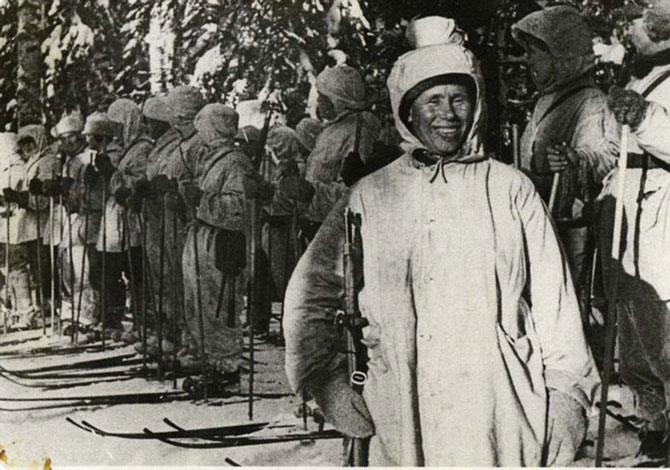 Häyhä was born in Rautjarvi near the present-day border of Finland and Russia, on December 17, 1905. Before entering military combat, Häyhä was a farmer and hunter. 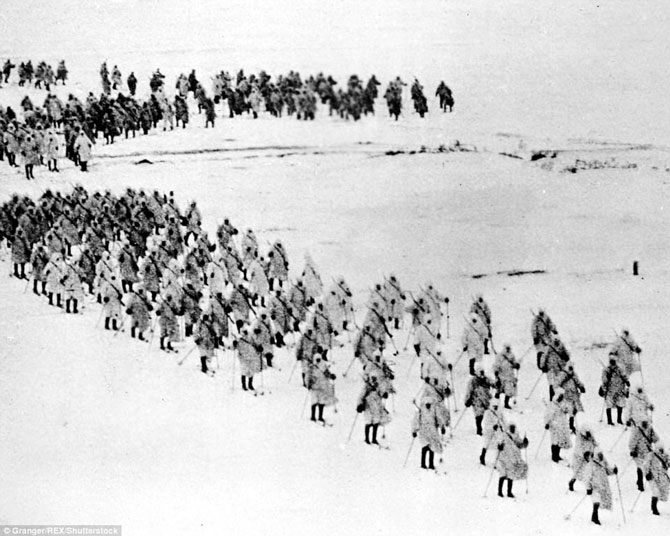 When more than 400,000 Soviet Red Army troops invaded Finland in November 1939, Häyhä was selected to be a sniper. Finland is a small country whose Army of some 80,000 was grossly outnumbered in what was later known as the Winter War. 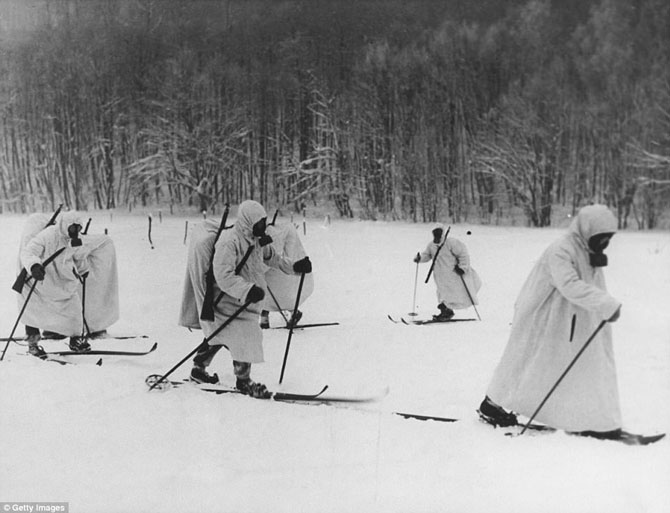 Häyhä and his compatriots fought bravely against the Red Army, which was one-million strong and advancing along several fronts. 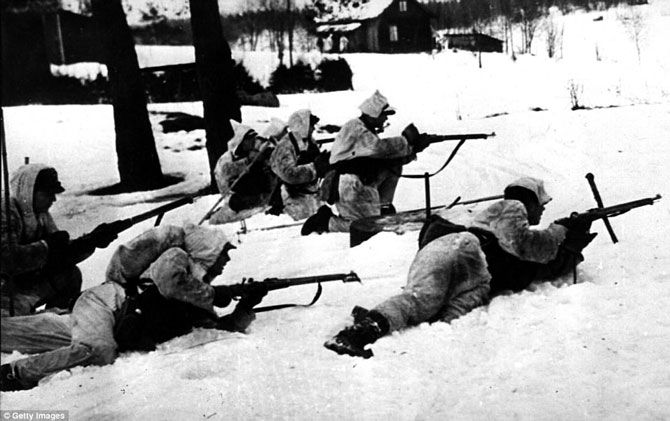 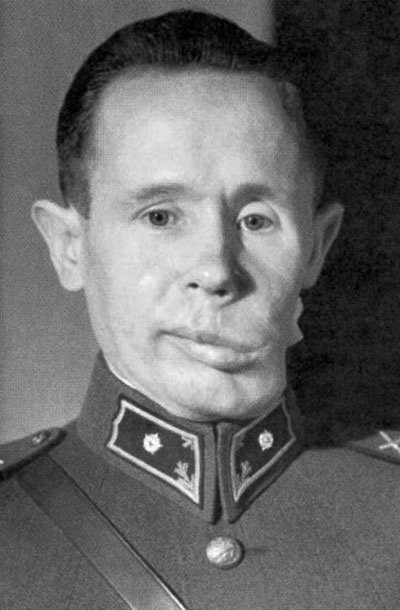 Despite the perils of his situation, Häyhä professed to never feel fear, and would obsessively clean his weapon to make sure it worked in -20C temperatures and visit ‘favourite’ firing positions at night to prepare. After the war he continued his life as a farmer, in his new home in Ruokolahti, by the Finnish-Russian border, where he is pictured in this undated photograph 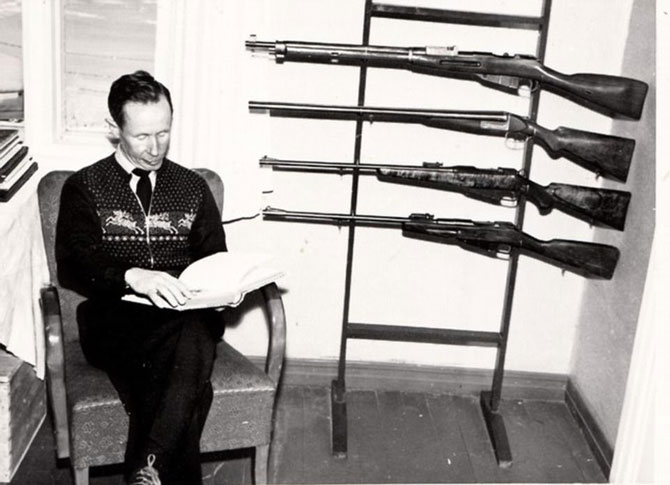 The picture below shows Häyhä’s gravestone in Ruokolahti Church Graveyard, Karelia, Finland. He is widely celebrated in Finland, and was immortalised in White Death, a popular song in Finnish. 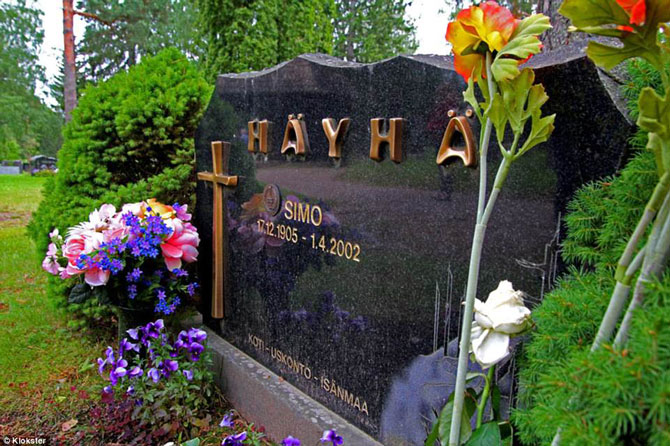