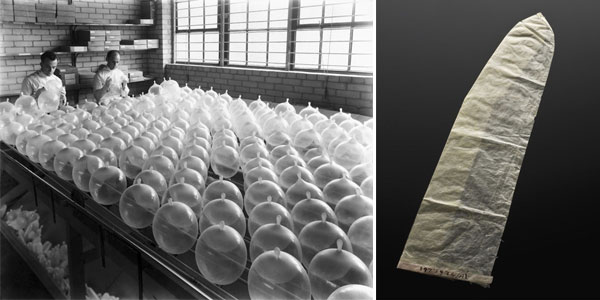 The history of contraception, birth control, or family planning can be traced back as far as the ancient Egyptians. They used what they believed as a powerful concoction to keep out unwanted sperms using a mixture of acacia leaves, honey and lint. The ancient Greeks use the plant silphium as a contraceptive, unfortunately the plant became extinct in Greece.

Some cultures used oiled paper shaped into a cone, or half of a lemon. Others used tools for blocking the cervix. The famous Giacomo Casanova used a lambskin condom in the 1700s. In early 1900s the condom was widely used. In 1920s, British activist Marie Stopes convinced the general public that birth control was a medical rather than moral function. She opened a pioneering birth control clinic that gave advice to women and how to use a cervical cap.

In 1937, a survey in America showed overwhelming support for contraception with more than 71%. By late 1950s, a potential contraceptive pill was developed and was approved by the U.S. Food and Drug Administration (FDA) in 1960. The pill was a revolutionary milestone in medicine.

Picture below is a bronze pessary used as a way of blocking the cervix. The gap allows a rod to be placed into the cervix to hold the pessary in place. While it could remain in place during intercourse. (Roman, 200 BCE-400 CE) 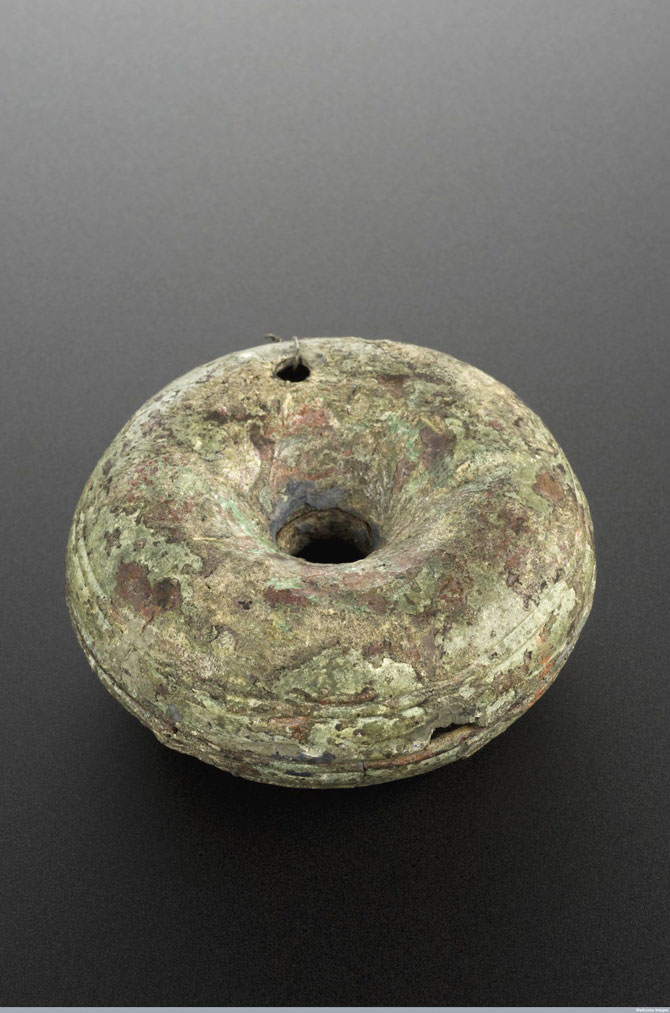 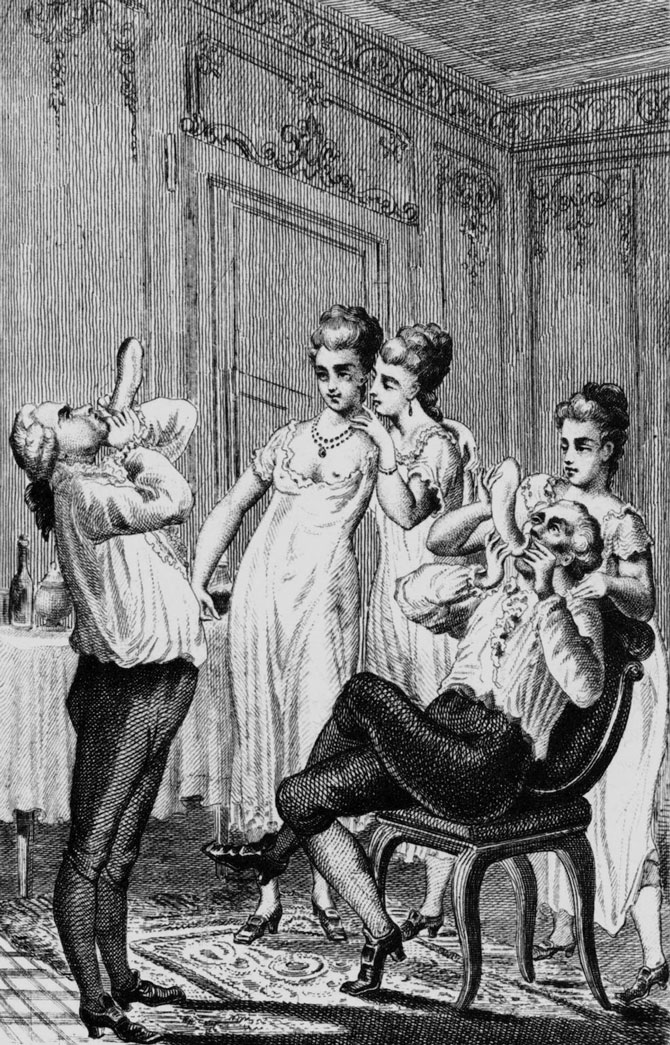 A gold wishbone stem pessary is an intra-cervical device (IUC). The flat end of the stem pessary sat against the vaginal wall with a stem protruding into the uterus through the cervix. It stops a newly fertilised embryo implanting and growing in the lining of the uterus. IUCs were mostly surpassed by the intrauterine device (IUD). An IUD sits entirely within the uterus, reducing the risk of bacterial transfer between the cervix and uterus. (1880) 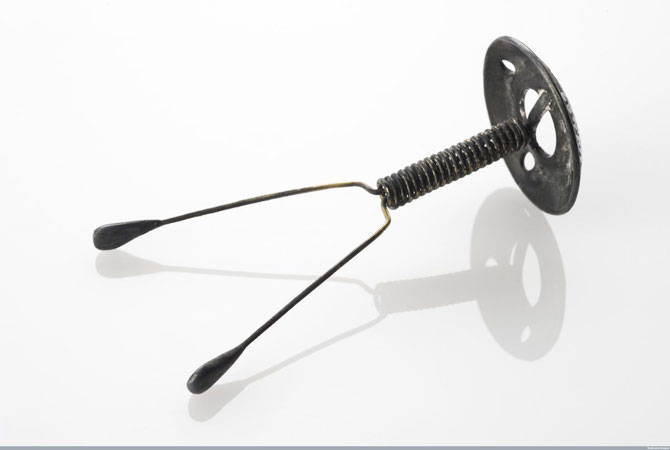 Contraceptive sponge which is made of rubber, and used as a cervical blockage. This sponge is in its original aluminium box and was manufactured in Britain by Elarco. (1910s) 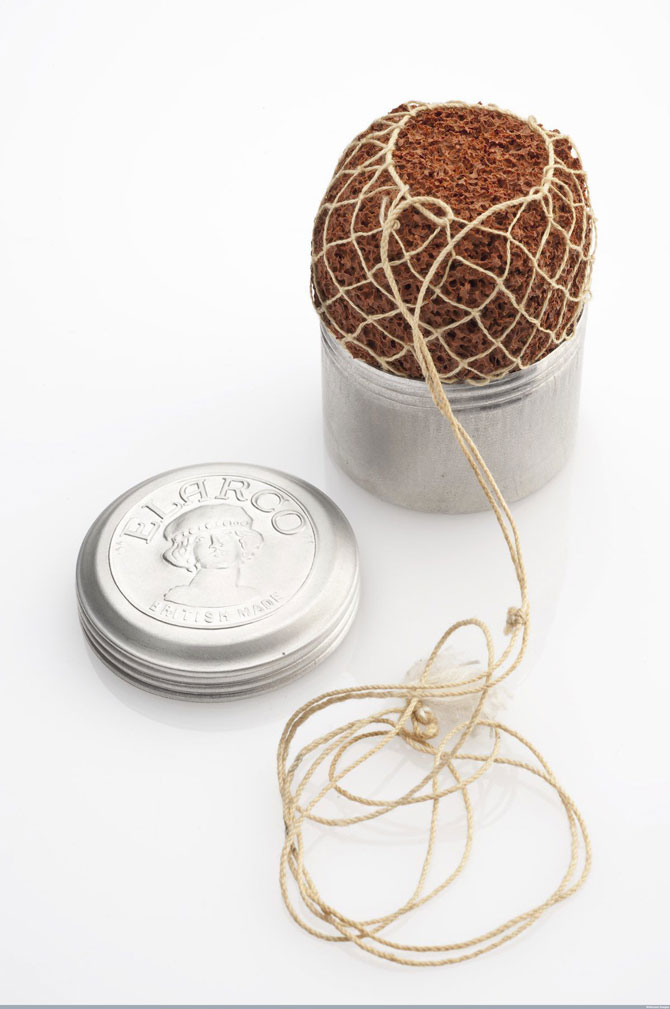 A condom that is made of animal gut membrane, known as caecal. Caecal condoms were effective against pregnancy because animal membrane is porous to viruses.(1910s) 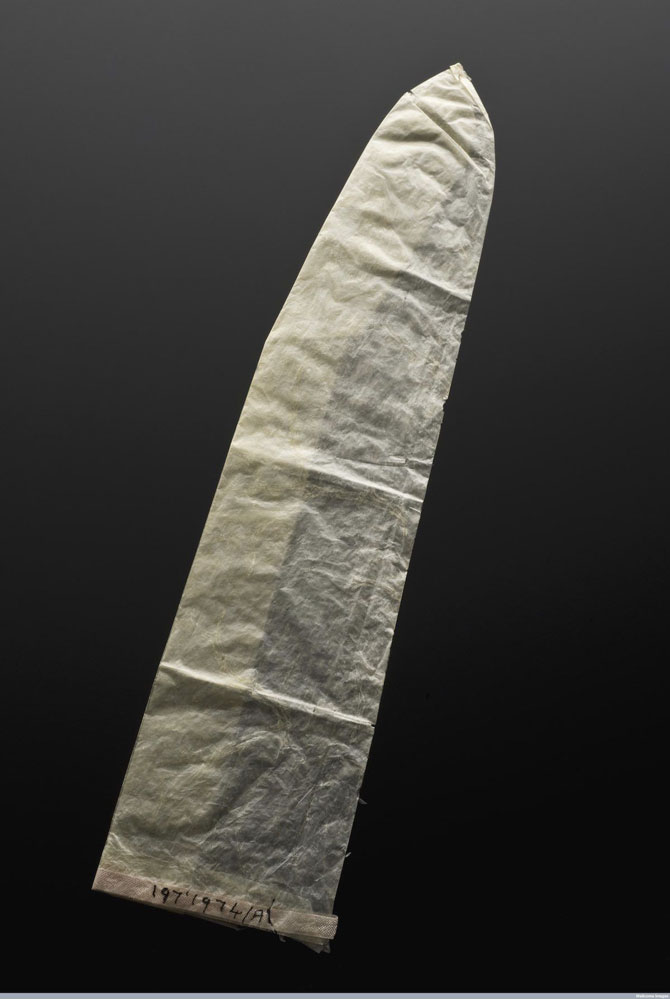 The “Prorace” brand of contraceptives was developed by Dr. Marie Stopes (1880-1958). This contraceptive contains spermicides to kill the sperms. (1920s) 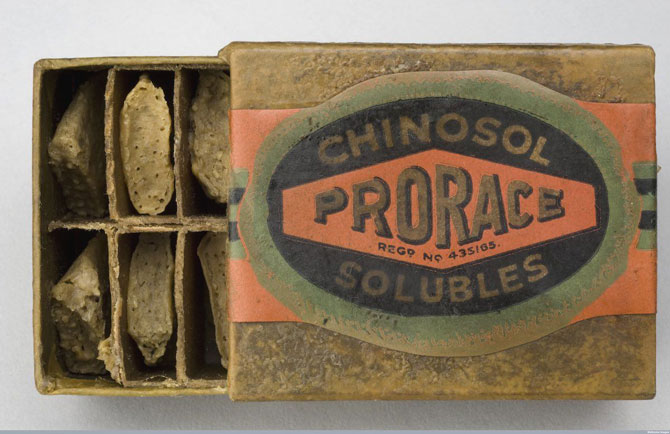 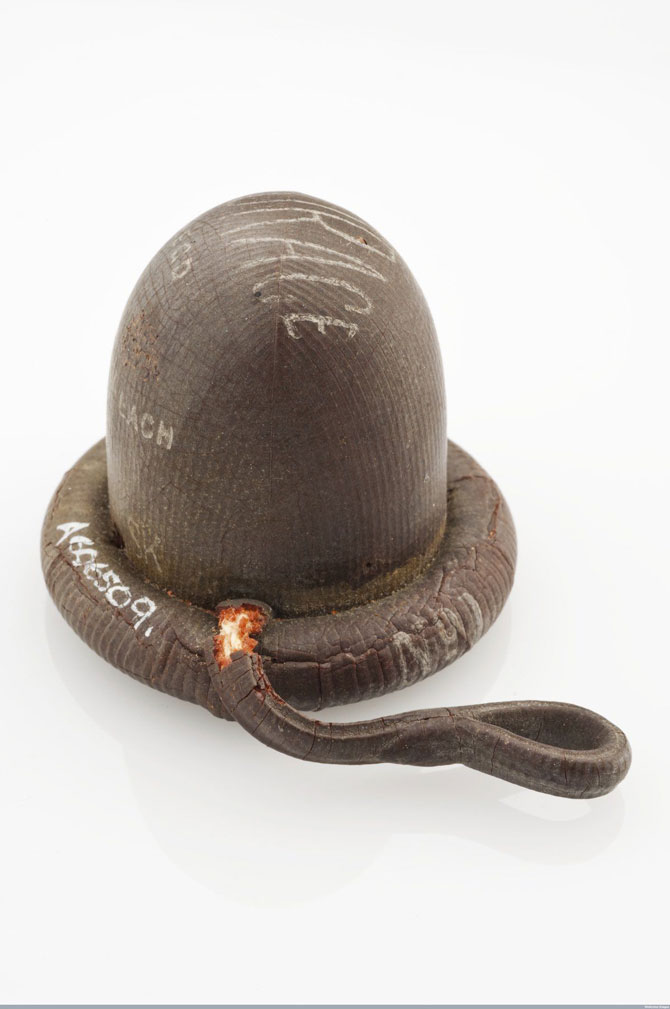 Rubber vault cap that is used as barrier contraceptive that sits over the cervix. It acts as a barrier to sperm entering the uterus. (1920) 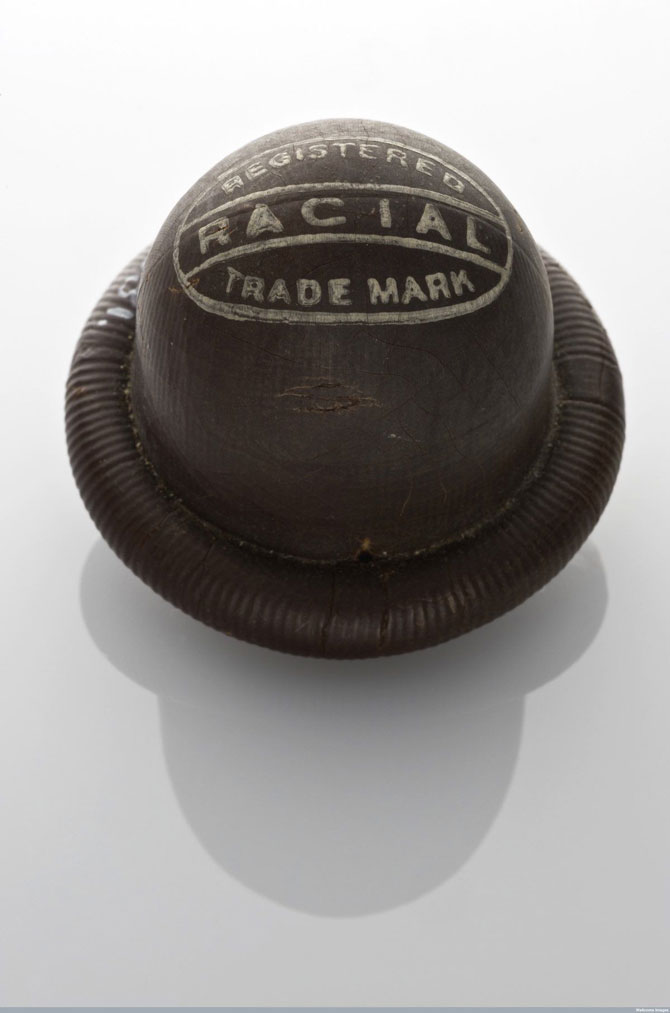 Stem pessaries were intrauterine devices (IUDs), consisting of a rubber, metal or glass stem attached to a cup or button to hold the stem upright and prevent it becoming lost in the uterus. This example is made of glass. Smaller plastic or copper IUDs are still used today. (1920) 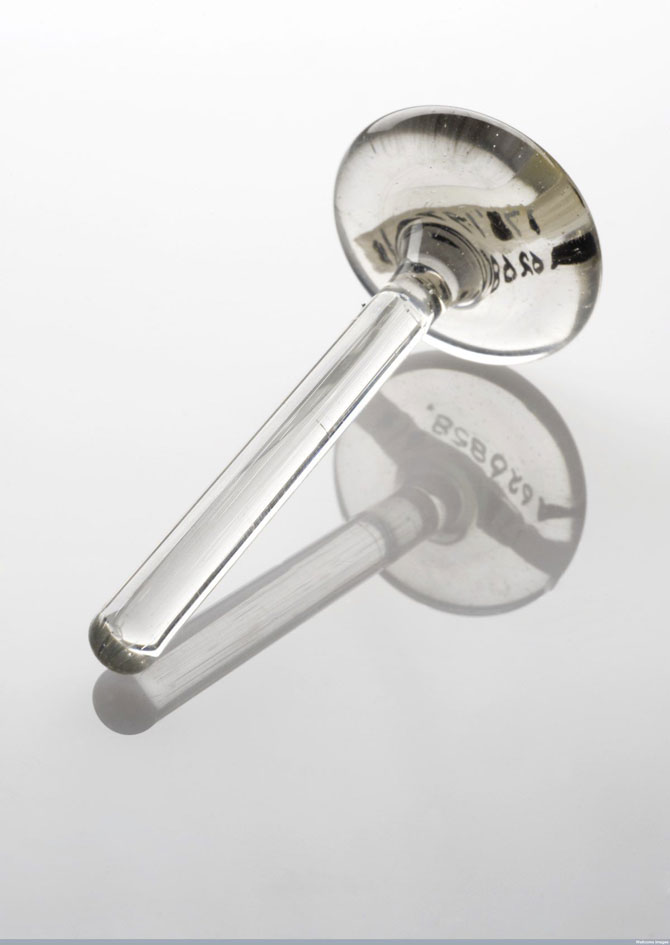 This aluminium stem pessary was made by German company Rauch. The stem held the tool in place. (late 1920s) 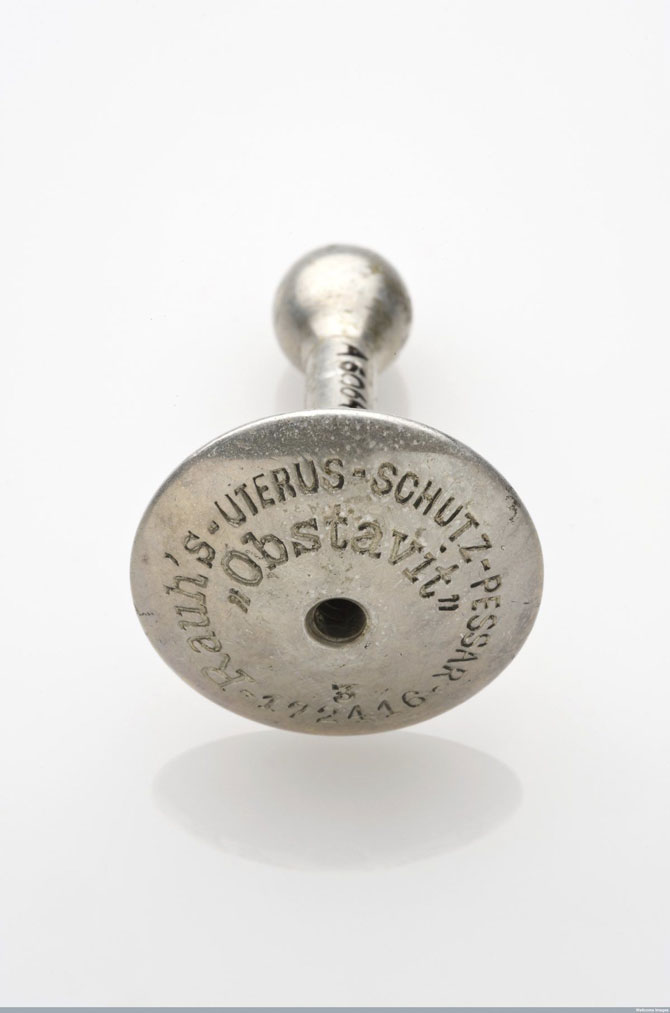 Stem pessaries are intrauterine devices (IUDs). They were a common gynecological treatment in the late 1800s and early 1900s. They were also used as a contraceptive. This early intrauterine stem pessary consists of catgut loop and bone. The stem held the larger block in place. (1925) 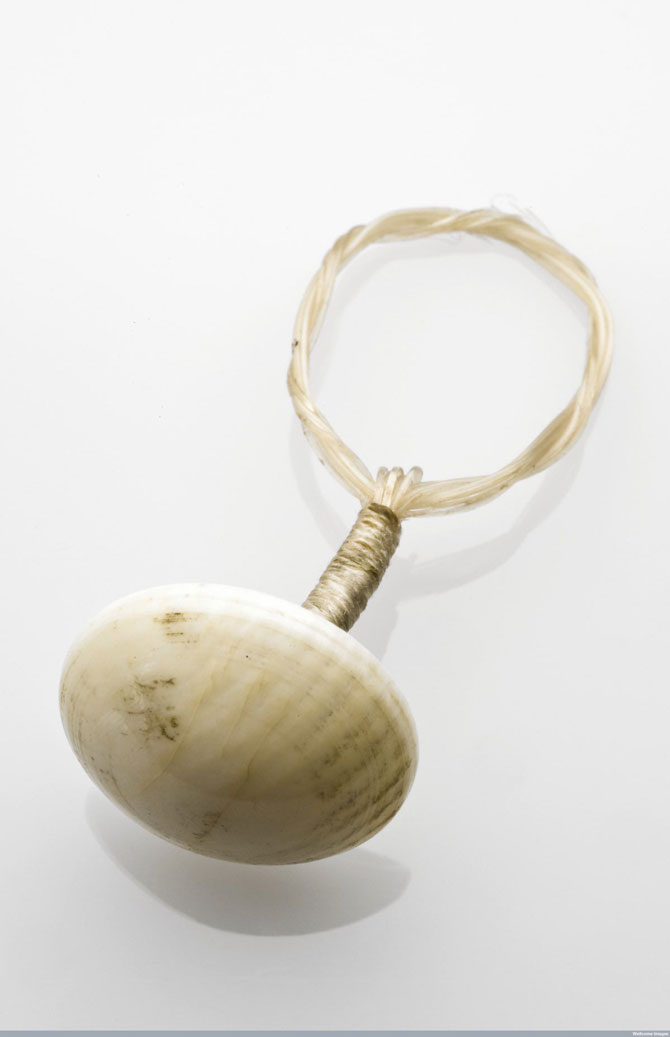 German gynaecologist Ernst Grafenberg devised this intrauterine device (IUD) and was a popular contraceptive. Early examples were made of silkworm gut and silver wire. An IUD works after conception by stopping a newly fertilised embryo implanting and growing in the lining of the uterus. Inserted into the uterus by a physician, it could be left in place for several years. (1920s) 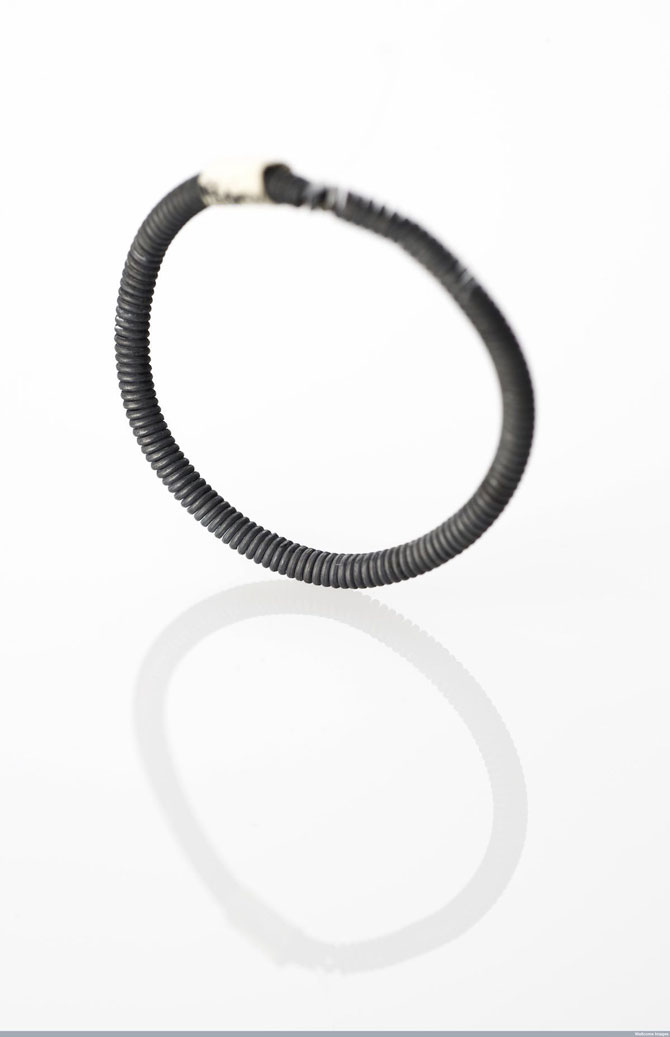 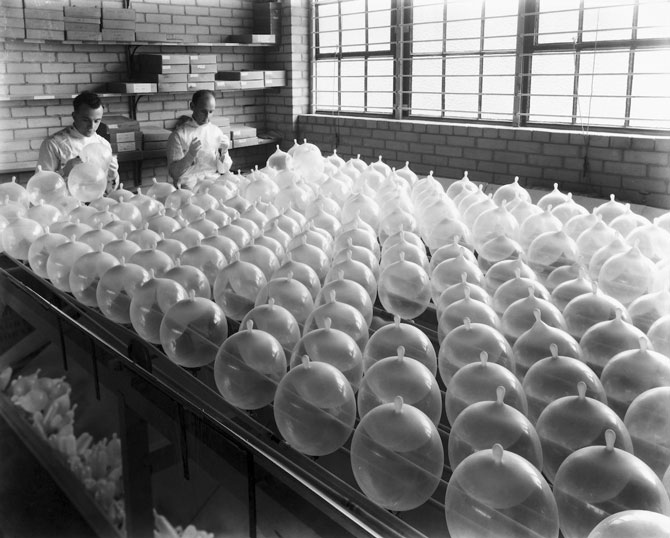 Oral contraceptive pills being manufactured at a factory in High Wycombe, Buckinghamshire, England (1965) 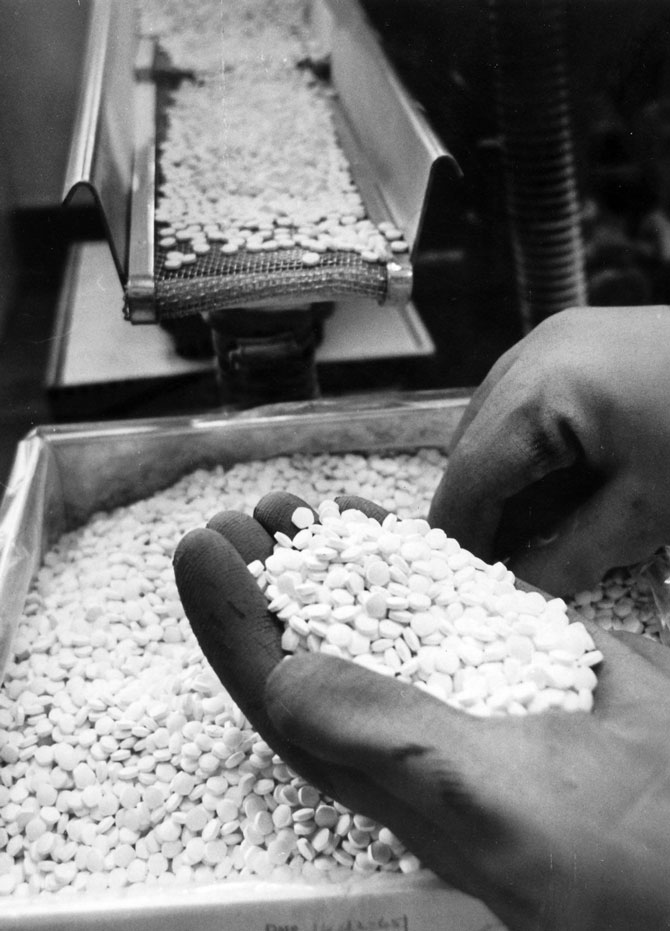