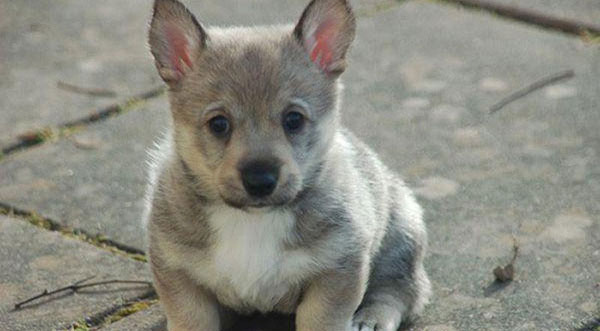 The Swedish Vallhund is a relatively rare breed of dog, saved from extinction during the 1940s.

It is believed that the Swedish Vallhund originated during the age of Vikings, more than 1,000 years ago. Automatically making it more badass than you… and most superheroes.

He might scare you a little, but I bet you also want to cuddle him badly.

They are also referred to as Wolf Corgi, a much better name if you ask me.

The Wolf Corgi is basically a shepherd that will stay small forever.

But make no mistake…

… They can attack relentlessly. They are after all hunting dogs and vigilante when needed.

The Wolf Corgi isn’t just perfect cuddle material because of its small size — they are also fantastic guard dogs. How many more reasons do you need before adopting one?!

They’re not much bigger than a French Bulldog.

Of course, this Wolf Corgi was a pup himself once …

I can’t handle the cuteness anymore!

… But all grown up, this is one badass dog!

… But above all, the ultimate cuddly Panda-alternative!