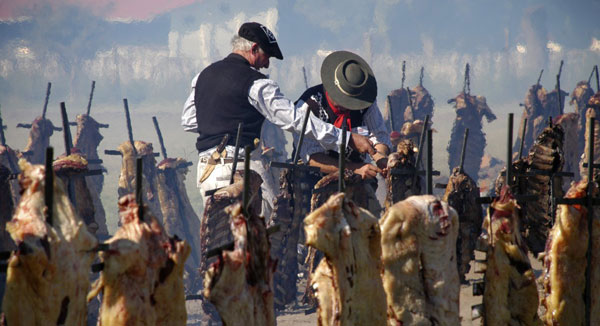 People are ready to do everything for fame. To conquer the space, make crazy jumps into abyss, builds mind-blowing career, climbs inaccessible mountains. For some fame becomes a goal of life no matter what.

61 years ago, August 1955, the first Guinness book was issued. The order was made by Irish brewery “Guinness”. Already in the first month readers bought 5 thousand exemplars and over 5 million during the year. First years only serious achievements were registered in the book, but with time passing in this serious issue chapters were added specifically for silly and sometimes just funny records. The below are listed TOP – 5 incredible records. 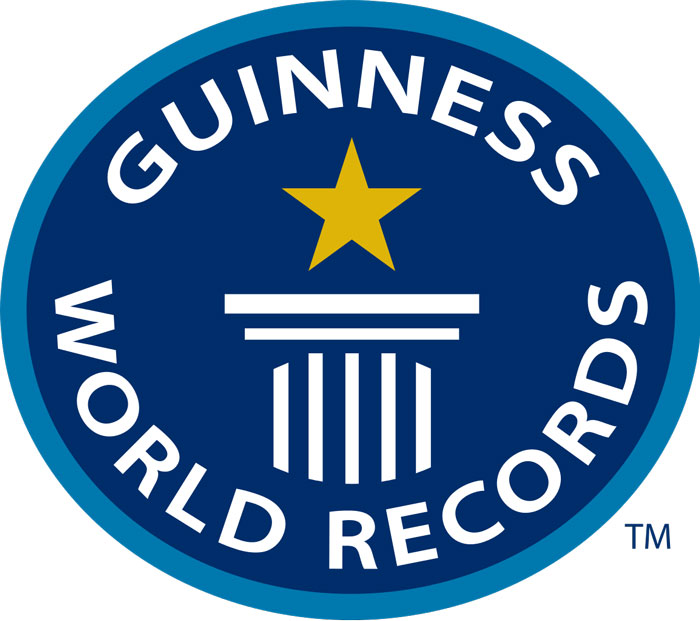 Famous Canadian 34 years old motocross champion Jolene Van Vugt all her life wanted to be listed in the Guinness book.

She has chosen quite unusual way, the girl placed toilet on the motorcycle and drove through streets of Sydney. Now her white friend has become the fastest toilet in the world. She managed to reach speed of 75km/h. A bit strange performance was possible to observe May 2nd 2012. 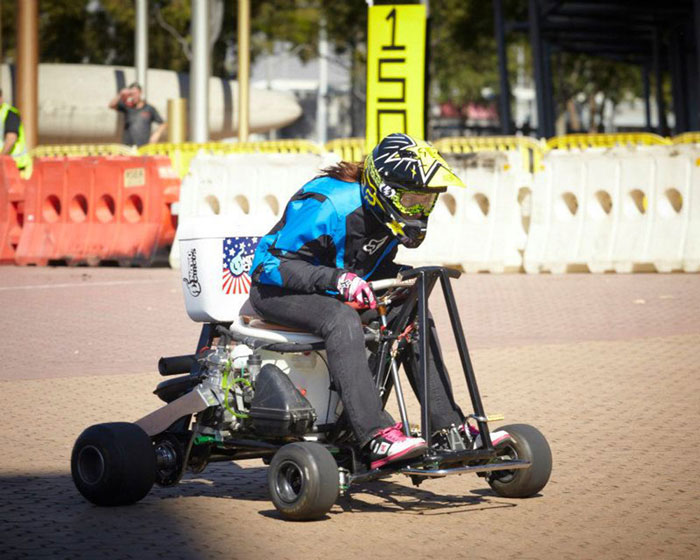 He became famous thanks to his ears. Lasha owns seven ears’ records. The first time in 2003 Georgian strongman was able to pull with help of his own ears 2350 kg microbus for 48 meters and 6 centimeters. After resting 3 years Lasha moved with only left ear two microbuses in total weight of 4,5 tones for more than 41 meter. The last achievement goes beyond possible, with the same ear Lasha was able to pull 8 tones truck for 21,5 meters.
This is impressive strength, no doubts he has deserved spot in the book. 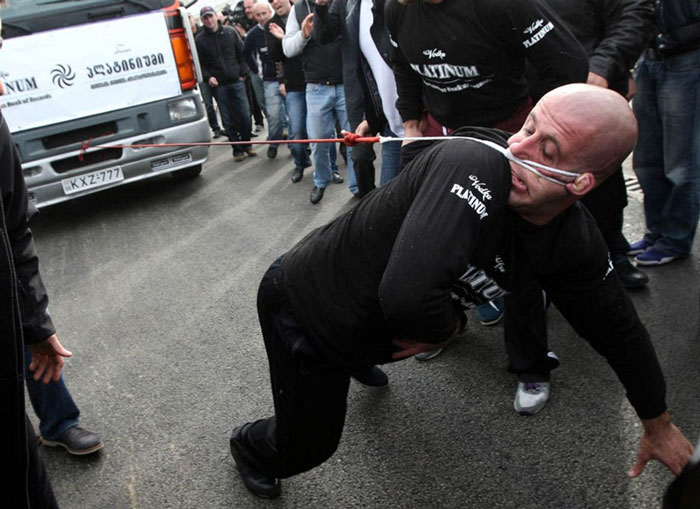 This is the exact amount of time the man needed to grow his hairs long enough. In September 2013 Katsuhiko formed the highest Iroquois in the world — 133 cm long. To make hair firm Japanese records-man needed a pack of special styling gel, three cans of hairspray and few hairdressers. It took approximately two hours, but the result was fairly interesting. 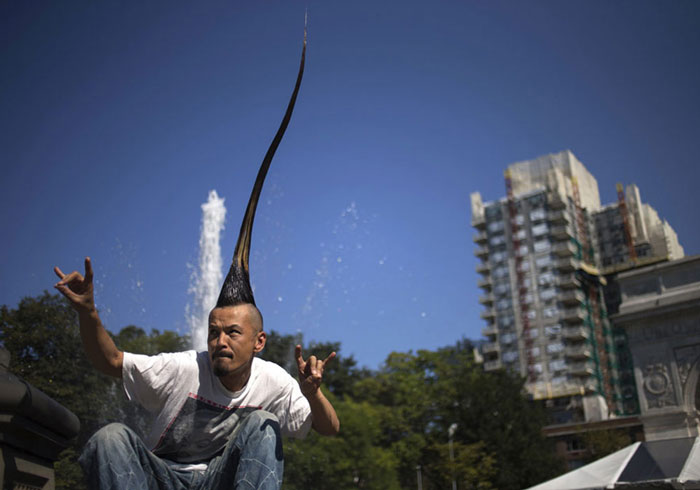 Owner of the longest nails is American Melvin Boothe. In 2008 the length of his nails was 9 meters and 5 centimeters. He spent 25 years to grow them. During these years man turned into recluse. He practically did not leave the house and considered himself as a part of his fingers.

After working 27 years in hospital he retired and decided to grow nails. Melvin categorically refused to cut them because he could not imagine a life without them even though he could earn a lot of money with that. He died 61 years old.
Owner of the longest nails among women is Lee Redmond with 865 cm long nails. 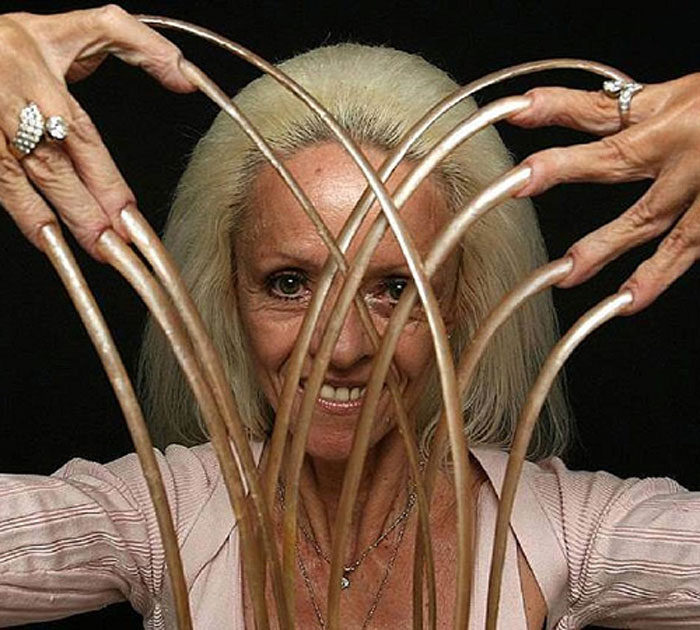 41 years old Graham Barker collects dust from his own belly button. Yes, you have read it right! He spends not more than 10 seconds per day, the dust can be different color, he has worked out his routine very well and it is not a surprise as he is doing it already for 26 years.

At the beginning Graham wanted to fill his pillow but then changed his mind. As it has become known the librarian made a deal with one of Australian museums, however the amount of deal is kept a secret. All dust fills 3 jars and is listed in Guinness book as the biggest collection of belly button dust.
Barker himself is very proud about his achievement, though the initial reason was sole curiosity. He was wondering how much of belly button dust a person can have over the whole life.

For many this hobby may seem disgusting. As strange as it may seem, Australian records man is not alone. Another Australian scientist Karl Kruszelnicki has studied belly button dust and received Anti Nobel Prize for it. 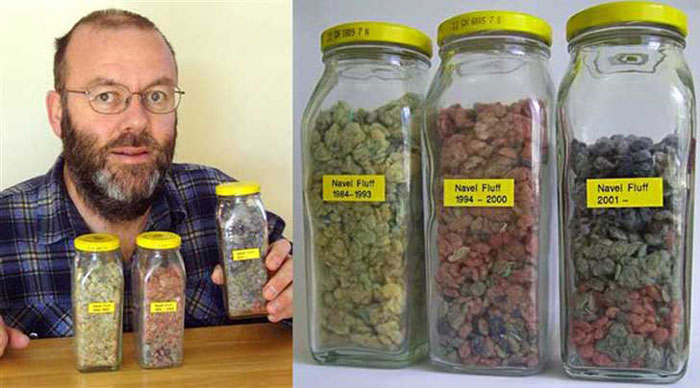 Not less surprising is the next record. In November 2012 28 gymnasts from London fitted in one Mini car.

It took only 18 minutes. Creators of this so popular among Englishmen car could not imagine that it will be used with such purposes. The view was bizarre as due to high amount of people different body parts could be seen from the car windows and faces smashed against them. One of the girls has a nickname gearbox as she was situated on its place. 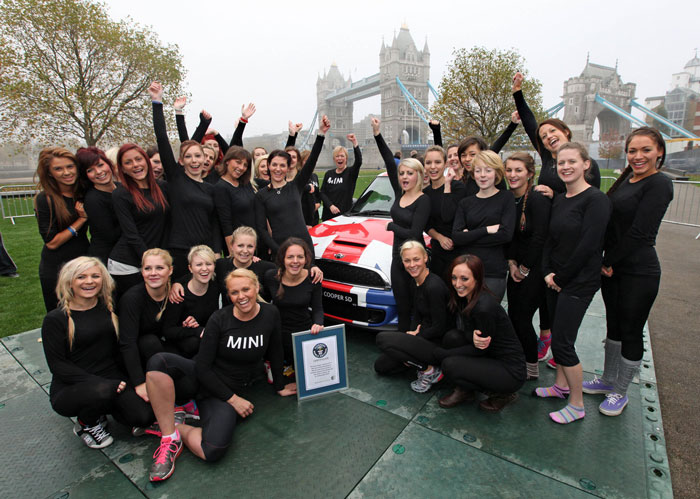 The Darwin Award given to the person who died in the strangest way.

Records can be set not only while you are alive. There is specific Darwin’s award that is given to person who has died in the strangest way. It was given to a person that has died in car crash 1997. The death reason seems to be ordinary, but after autopsy the reason of the death was claimed to be habit to pick his nose. In the moment of the crash his forefinger was in his nose that hit through septum and injured brain. 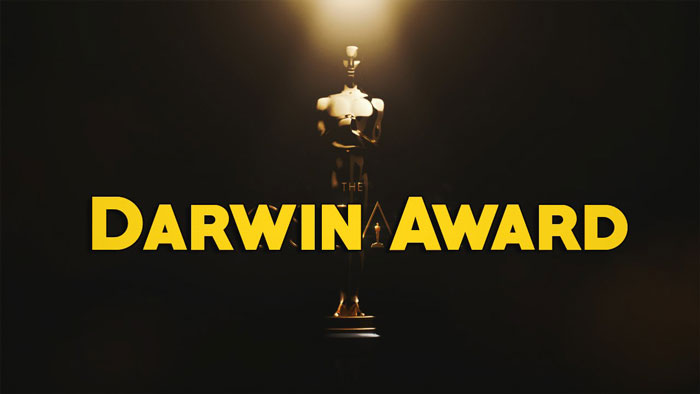 Year 2015 was famous with father and his daughter as the owners of the biggest tongues. 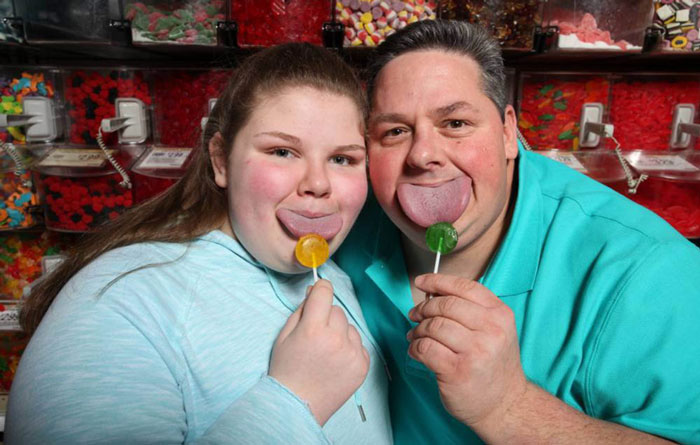 Bonus: In their attempt to break the Guinness World Record for the “Biggest Barbecue in the World,” about 30,000 people grilled 13,713 kilos of beef. 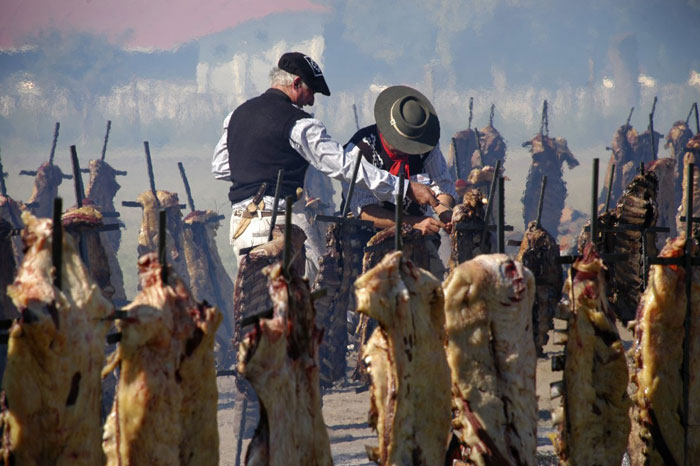