What these rich people in China are doing for fun is completely disgusting and enraging. They’re slaughtering tigers to flaunt their social status and for “visual feasts” to entertain their wealthy guests.

As reported by the state-run Xinhua News, at least 10 beautiful tigers were viciously slaughtered recently as part of a gruesome and repulsive ritualistic mass killing. This must be stopped before it’s too late.

They do this for fun and entertainment. 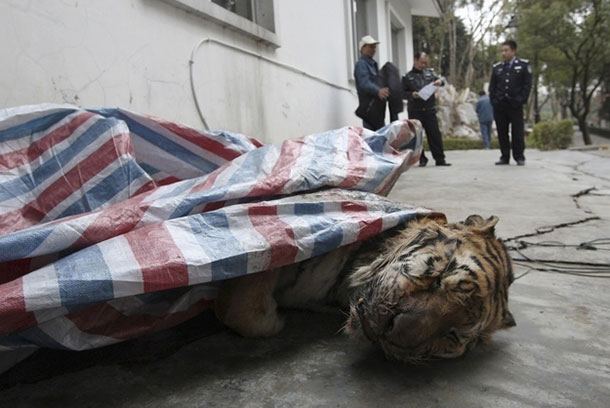 Local police found this freshly killed tiger below and also discovered a video evidence of torture after a raid in Zhanjiang. 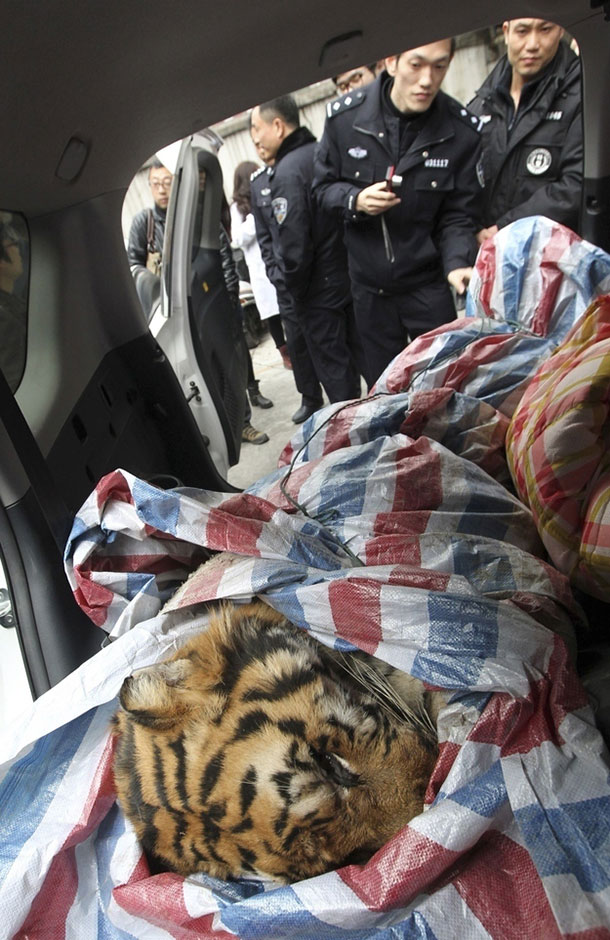 The killings is meant to show off their social stature and entertain extremely wealthy officials and businessmen. 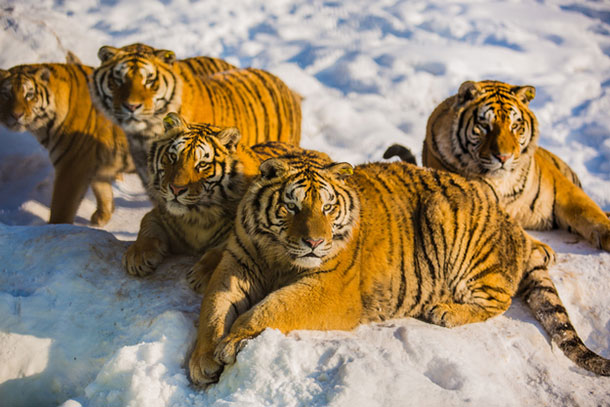 A video footage also surfaced recently that showed tigers being kept in iron cages and electrocuted. 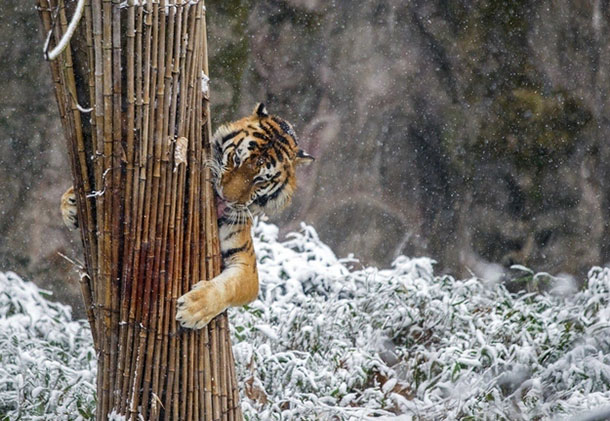 Wild tigers are on an alarmingly rapid decline. According to Wild Aid, there are now fewer than 3,200 tigers in the wild across 13 countries. It was 100,000 at the turn of the 20th century.