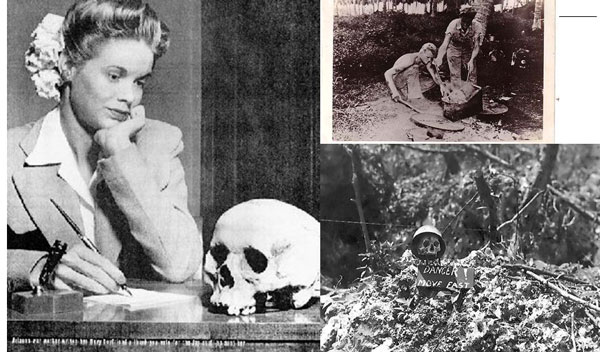 A young woman from Arizona writing her Navy boyfriend a thank-you note for the Jap skull he sent her (May 22, 1944) 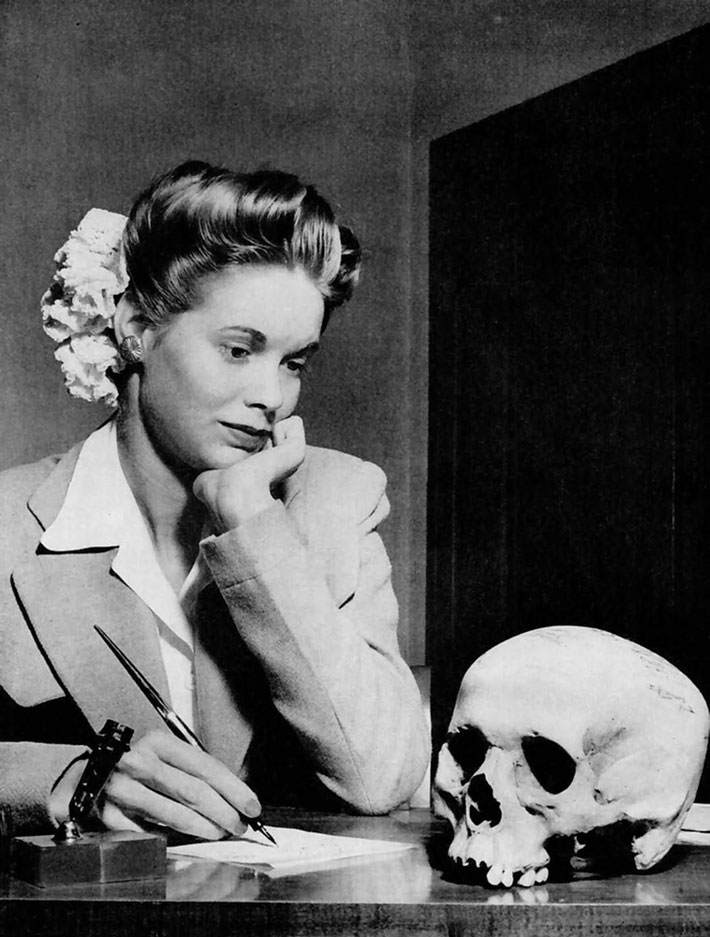 A rare and disturbing photo, so much about this it’s still a mystery. We don’t know what became of the skull in the picture—or, indeed, what became of the young woman herself, or the man who sent it to her as a “gift” from the Pacific in the midst of World War II.

LIFE magazine photographer Ralph Crane took the picture that was featured on LIFE magazine as a Picture of the Week on May 22, 1944.

The original caption: “When he said goodbye two years ago to Natalie Nickerson, 20, a war worker of Phoenix, Ariz., a big, handsome Navy lieutenant promised her a Jap. Last week Natalie received a human skull, autographed by her lieutenant and 13 friends, and inscribed: “This is a good Jap—a dead one picked up on the New Guinea beach.” Natalie, surprised at the gift, named it Tojo. The armed forces disapprove strongly of this sort of thing”. 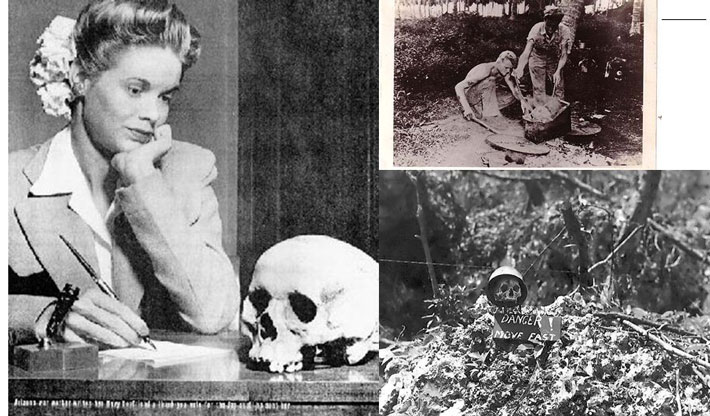 Battlefield atrocities have of course been a part of warfare since humans began killing one another. As Niall Ferguson pointed out in his 2006 book, The War of the World: Twentieth-Century Conflict and the Descent of the West, while discussing this very photograph of young Natalie Nickerson and the Japanese skull: “Allied troops often regarded the Japanese in the same way that Germans regarded Russians—as Untermenschen. Boiling the flesh off enemy skulls to make souvenirs was a not uncommon practice. Ears, bones and teeth were also collected.”

At one point President Roosevelt was presented with a letter opener made from a man’s arm. He is said to have received it warmly but to have had the item interred with other remains later. That story and the photo of Natalie and Tojo found their way into the Japanese press.

The fact it was so common in the Pacific theater and not European is a testament to the effectiveness of dehumanizing propaganda. 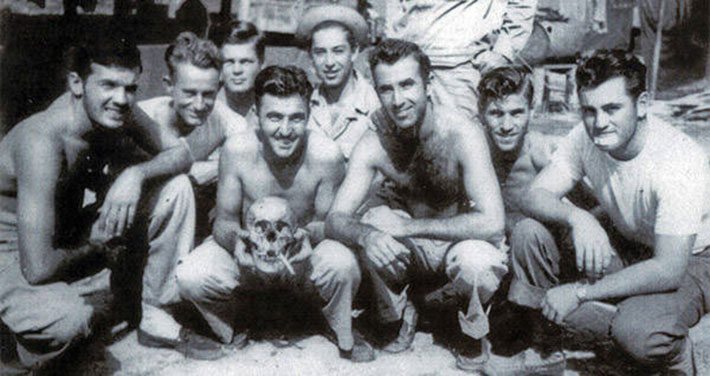 Some historians have claimed that stories of US soldiers desecrating remains helped cause the mass suicide of civilians who leaped into the sea at Saipan and Okinawa.

After the war, as Japan became a trusted US ally, souvenir body parts ceased to be respectable conversation pieces and were quietly put away.