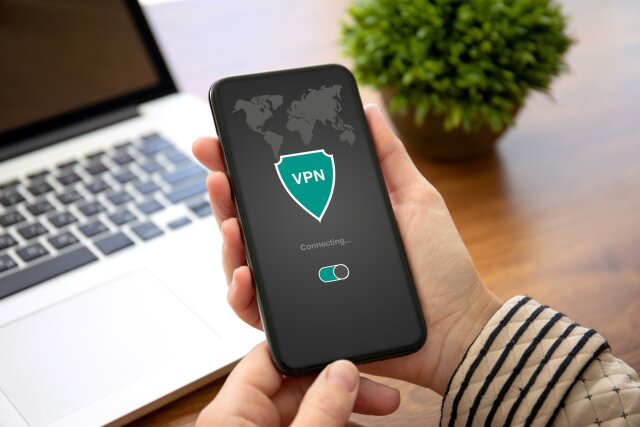 Many people’s everyday lives would be substantially impacted if they did not use social media. It’s a terrific way to stay in touch with people you already know online, such as friends and family. However, interacting on social media without a virtual private network (VPN) can offer security hazards.

When using a virtual private network, your data is encrypted and shielded from prying eyes like the government or hackers. As a result, even if your government attempts to monitor your online conduct, you can utilize social media confidently.

Users of social media are becoming more concerned with their online privacy. Given these dangers, users must access their social media accounts over a VPN. A virtual private network (VPN) hides the user’s IP address and encrypts all data in transit. This prevents the government and other parties from collecting and spying on their data.

Using a VPN with your social media accounts will keep hackers and governments at bay. Whether you install it on mobile or get free VPN for PC, you deserve to be safe.

Your Data: The New Gold

The data you have gathered is more valuable than you think. Someone is watching everything you do online, from your posts to the websites you visit, the things you buy, and the information you offer. This may not appear to be a big deal, but this data might lead to serious consequences in the wrong hands.

Theft of sensitive information is a serious issue that is progressively getting worse. According to the Identity Theft Resource Center, the frequency of data breaches grew by 44% in 2016. The protection of your personally identifiable information is more important than ever.

Encrypting sensitive information is the most effective way to prevent loss or theft. Encryption is a means of rendering the information unreadable to anyone who does not have the appropriate key. Identity fraudsters will have a difficult time stealing your info this way.

Design: How does VPN work?

Your computer or mobile device uses packet switching transfer data over the internet. Email, web pages, and other types of digital communication are all delivered in tiny pieces known as packets.

When you use an online website or service, your computer or mobile device frequently establishes a direct connection with the server that hosts the content you’re seeing. A virtual private network (VPN), on the other hand, routes your data through an intermediary server and then to the destination website or service. Your personal information will be protected in this way from prying eyes.

A virtual private network (VPN) encrypts data transmitted between your device and the server of the VPN provider. Once you connect to a VPN server, your Internet activity is routed. All web, social media, and application traffic are covered.

The major function of a Virtual Private Network (VPN) is to protect sensitive information. A virtual private network (VPN) protects your data from prying eyes by encrypting it before transmission. This makes it more difficult for hackers and snoops to steal your data or track your online activities.

VPNs are popular among business owners and employees who require remote access to their company’s network.

Users from any country can access their chosen social media website using a virtual private network (VPN). After connecting to a Virtual Private Network, several of today’s most popular social networking platforms can be viewed normally.

However, some countries have taken the precautionary measure of blocking social networking sites and requiring a virtual private network (VPN) to access them.

VPN enables you to browse the web anonymously and securely, even if your government or company restricts access to sites such as Facebook.

However, there are some advantages to utilizing a VPN for social networking that you may want to keep going. Before you do anything else, ensure that you have established a virtual private network (VPN) connection before utilizing any social networking sites while away from home. This will protect your privacy now and in the future. It would be best if you always used a virtual private network (VPN) when accessing your social media accounts online.

The best virtual private network (VPN) for social media will protect your online activities from prying eyes, including government surveillance, while also safeguarding your personal information. Beyond protecting your data from potential risks, such a precaution will also protect you from phishing fraud.