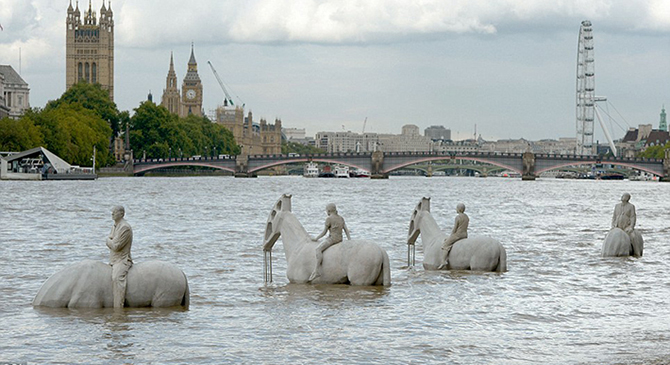 Known for his captivating underwater sculptures such as the Grenada Underwater Sculpture Park and the underwater museum off the coast of Cancún, Mexico, underwater sculptor Jason deCaires Taylor once again astounds us with his latest masterpiece, the Rising Tide. 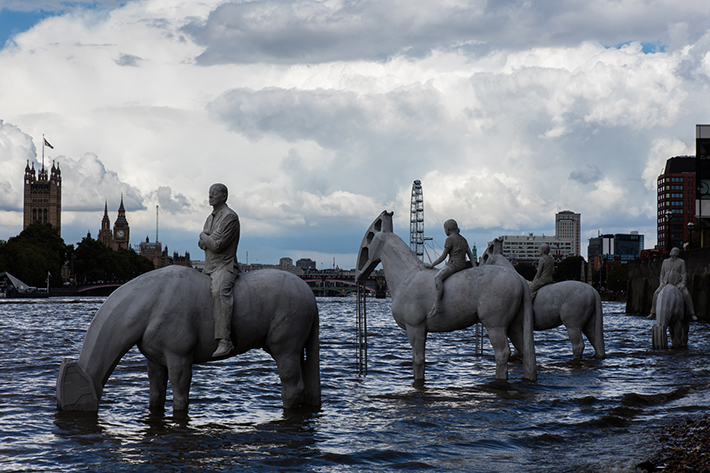 Installed near the bankside of Vauxhall bridge and commissioned for the Totally Thames festival, Rising Tide depicts four life-size horses and their riders on the banks of the Thames River in London. 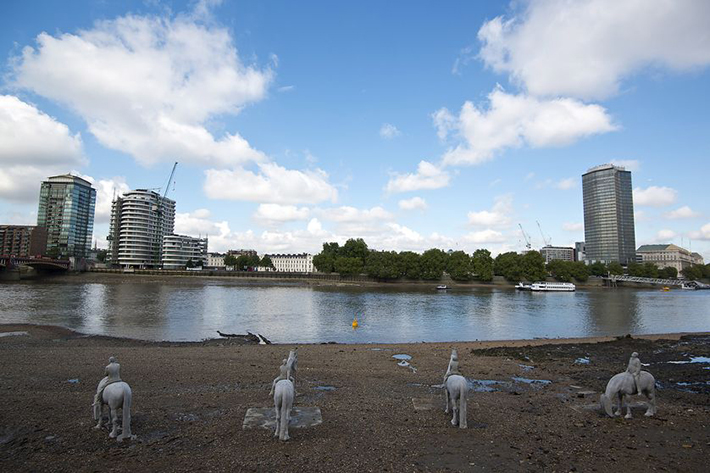 Taylor’s work can easily go unnoticed at high tide with the sculptures barely cresting above water. 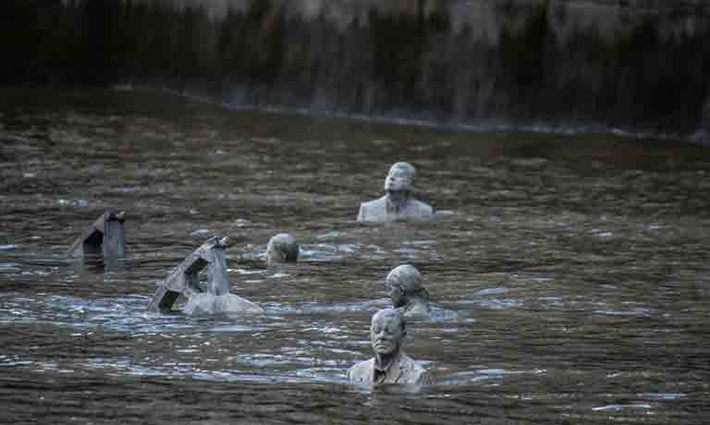 But when the water recedes, the British artist’s sculptures (made of marine cement and steel) reveal themselves. 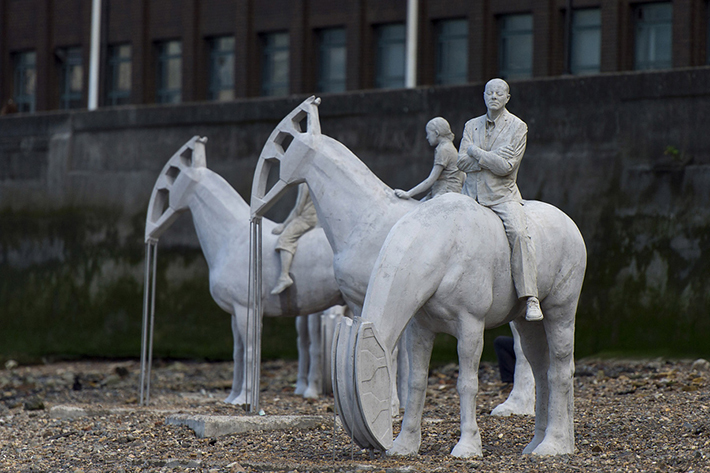 Here’s the whole process in a GIF time-lapse to give you the full effect.

For the past decade, Taylor’s work has been motivated by conservation and the environment. And just like his underwater museums (which are designed to draw divers away from the coral reefs’ most fragile and delicate parts), the Rising Tide is no different in its political purpose.

“Working in conservation, I am very concerned with all the associated effects of climate change and the state of peril our seas are in at the moment. So here I wanted a piece that was going to be revealed with the tide and worked with the natural environment of the Thames, but also alluded to the industrial nature of the city and it’s obsessive and damaging focus just on work and construction”, he told The Guardian. 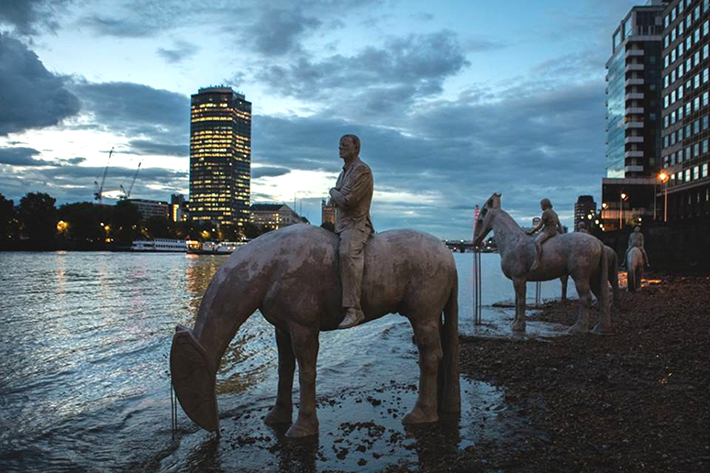 Taylor’s four life-size shire horses sculptures stand as a symbol of the “origins of industrialization but also as a warning for the bleak future it is creating for the world by their representation of the four horsemen of the apocalypse”. 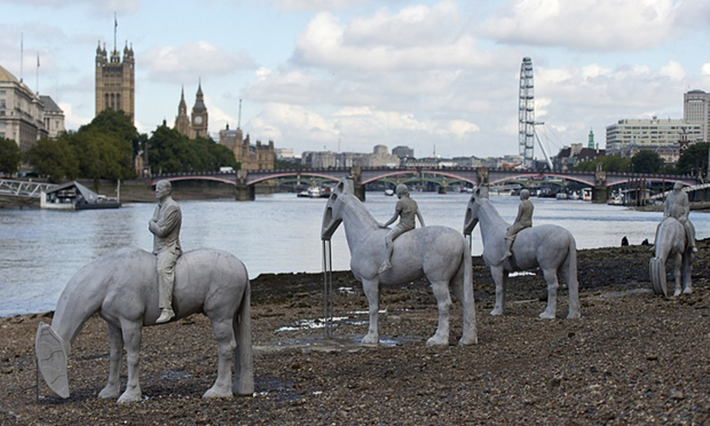 Instead of horses’ heads, the sculptures feature heads of oil-well pumps (often referred to as “horse heads”), a not-so-sutble nod to the detrimental impact of fossil fuels. 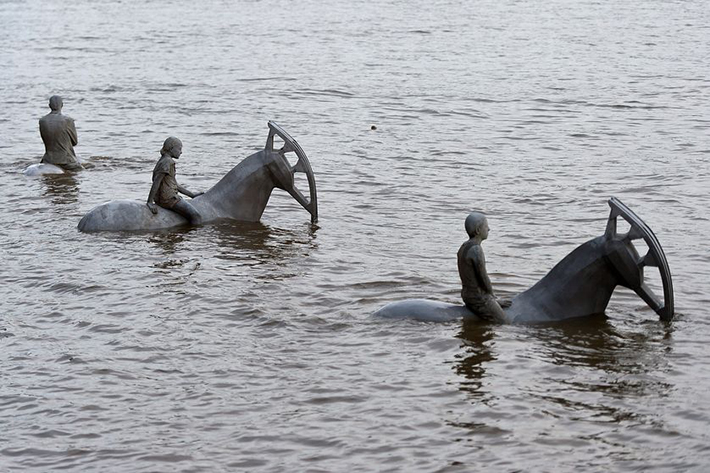 Noticeably, two of the riders are dressed in suits which represent politicians and captains of industry which the artist believes aren’t doing enough to slow climate change. 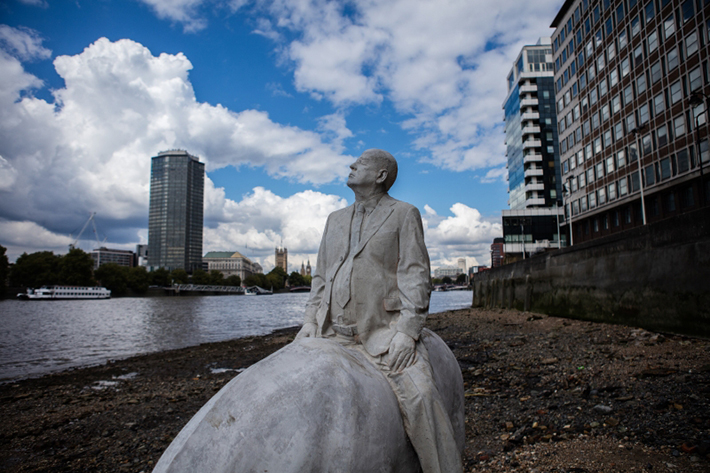 The other two riders are children which represent the generation who will most likely suffer the consequences of our abuse on our natural resources. 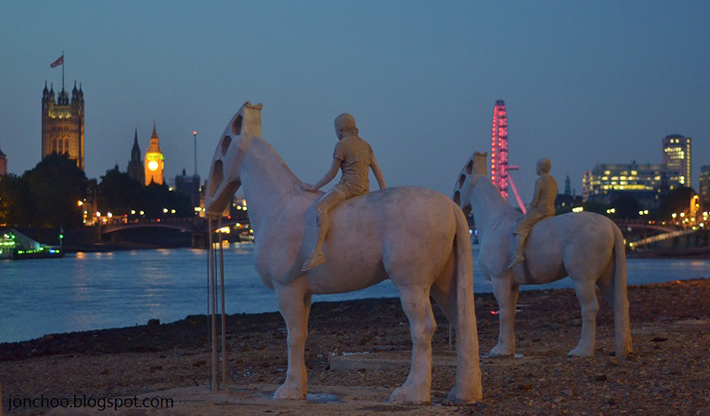 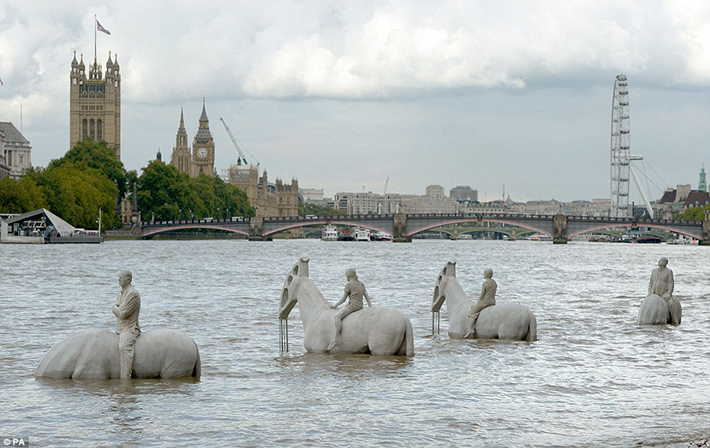