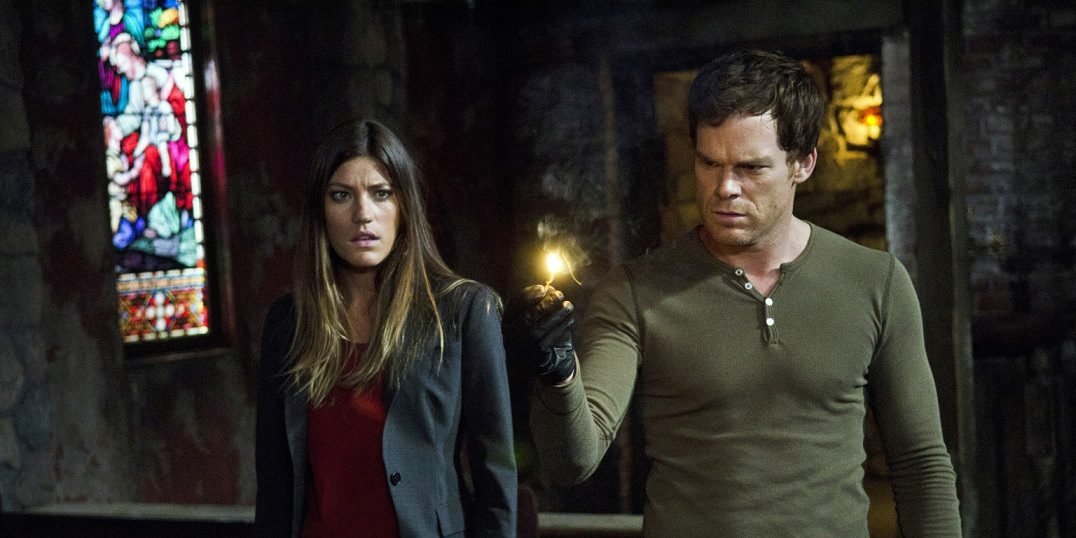 Dexter is not like other Hollywood shows that have a storyline of a detective and policeman solving murders. Dexter Morgan is a serial killer and not just a detective. He is depicted as the blood-spatter expert who assists police in solving murder mysteries. The fun part begins with his policewoman sister and his co-workers as they do not have a clue that Dexter leads a double life.

Dexter feels that his murders are justified as he murders only the guilty. His father taught a ‘moral code,’ and he follows it genuinely. These types of shows with such story plots are rare. This is a unique show, but there are many investigations shows that will satisfy your wish. He struggles to fit into society, and at the same time, he struggles with the inability to feel emotions.

Criminal Minds is definitely worth watching as it is one of the most interesting criminal shows. The story includes a team from the Behavioral Analysis Unit, a subsection of the FBI. This team visits the local police stations for investigating serial killings. You can enjoy the combination of detective work, psychology, and statistics. It features many serial killers similar to the show like Dexter.

The Mentalist show has unique ways of solving any murder, the similar to Dexter. Patrick Jane in The Mentalist is a psychic, whereas Dexter is a blood-spatter expert. Patrick Jane uses his talents while working as an independent consultant for the Bureau of Investigation in California.

Most of the crime-solving shows are dark, but the Mentalist is a bit different and serves little humor. The sunny lifestyle on California beach makes this show great.

Castle is very much similar to the Dexter like shows. Similar to Dexter, Castle also commits murders but in a different way. Castel is a talented writer and writes about murder providing creative solutions for the New York police department. The show begins when a murderer uses books of Castle to commit a crime, and the police take help from an expert consultant Castle. Here Castle finds his inspiration and love interest. He had a good connection with the mayor, so it helps in securing a full-time consultant job in the police department. You will enjoy Castle’s wit along with Beckett’s sass and edginess. The humor and the crime-solving scenes make this show pleasant to watch.

Hannibal show continued for three seasons only, which is a little time span as compared to the shows like Dexter. But Hannibal is closest to the Dexter. The character Will Graham is the gifted criminal profiler, and he uses distinct ways to catch bad people. His unique style of thinking allows him to have empathy with anyone, including psychopaths. So he takes help from famous psychiatrist Hannibal Lecter. You must be aware of ‘Silence of the Lambs’, and yes, this Hannibal Lecter is the same. The partnership of Hannibal and Will is successful in catching any villain. Will has no idea about the dark secret of Hannibal. The show is worth watching to know what will happen when the detective finds out that Hannibal is more related to criminals than the police force.

Like Dexter, Mad Men has no crimes, but this show is entertaining and thrilling as ever. The show features 1960s New York and follows the life of Don Draper. He strives to be at the topmost position among Madison Avenue’s advertising companies. He made his place as the top marketing man, but being a family man, he struggles a lot to balance the two professions. The show ran for seven seasons, and every episode is plain awesome.

If you are a fan of cliffhangers and crime shows, then Prison Break is perfect for you. The show rebooted and still has all the interesting elements. Lincoln Burrows and Michael Schofield go from one prison to another and manages to escape successfully. There is no prison that Michael cannot escape. The original show has the many best cliffhangers in the business that make the week-long waiting between episodes. Watching Prison Break may take some of the cliffhangers drama still fun to watch.

There are various CSI shows, but some are good, and some are average. Miami falls into the first category, and it is definitely worth watching. It is set in Florida for starters, and for a second reason, Horatio Caine is wonderfully written. He is a former homicide detective leading the investigator’s group that solves crimes in Florida tropical surroundings. The show has humor in it, but there is some seriousness as well.

Most people recommend the Americans as a substitution for Dexter. Looking for shows like Dexter, The American is on top. This is one of the good stories, and you love the Cold War vibe of the 80s and everything in the show. The story follows the life of Elizabeth Jennings and Philip. They are KGB spies working together and are married. They have two children, but the kids do not have any idea about their parent’s true identity. But eventually, the children get to know about their parents. As time passes, the marriage becomes genuine and more passionate as well as their marriage is under test as the Cold War escalates. The interesting part started when the FBI agent becomes their neighbor and responsible for tracking foreign agents across the United States of America.

Shows like Dexter have excelled playing on moral grounds, and he believes that all his crimes are justified. This is the same in the case of Walter White, who is a high school chemistry teacher. He is diagnosed with cancer, and in order to pay the treatment cost, he used his chemistry expertise to make crystal meth. The show follows the rise of Walter White’s humble beginnings to the meth kingpin. Breaking Bad is perfect for people who love the ambiguous nature, Dexter.

Arrow is a show that features dual life. Oliver Queen once lost at sea but returned home after some time, and he is presumed dead for five years. Oliver Queen survived an unexplored island, and when he returned home, he assumes Arrow’s identity, who is a vigilante hero that helps to eliminate the corrupt and bad people from his city.

He lives a normal life during the day time and lives a different life at night. He armed with technical gadgets and bow for hunting down the women and men who corrupted the city. Arrow has ups and down in the sixth season. If you skip season 3 and 4, then don’t worry because they are down seasons, and you won’t lose track and events if you have watched seasons 1, 2, 5, and 6.

This show proves that a person’s character showcases his upbringing. It is inspired by the 1960s psychological thriller, Psycho. This show is a prequel to that movie, and it takes the viewers to the Bates’s teenage years when he was a normal kid and learning life’s new ways. The gradual transformation of Bates into a serial killer is haunting and riveting. The show features the developing years of Norman Bates with the humble beginnings of the mother, son duo, that forcefully turn vile to survive. The show survived for five seasons.

The story revolves around the most wanted criminal Raymond Reddington who surrenders himself to police willingly without prior warning. He says to work with profiler Elizabeth Keen to assist the FBI in catching mobsters who are there in his infamous “Blacklist.” Elizabeth’s life takes twist after encountering this criminal, but she has to work with him to solve other cases.