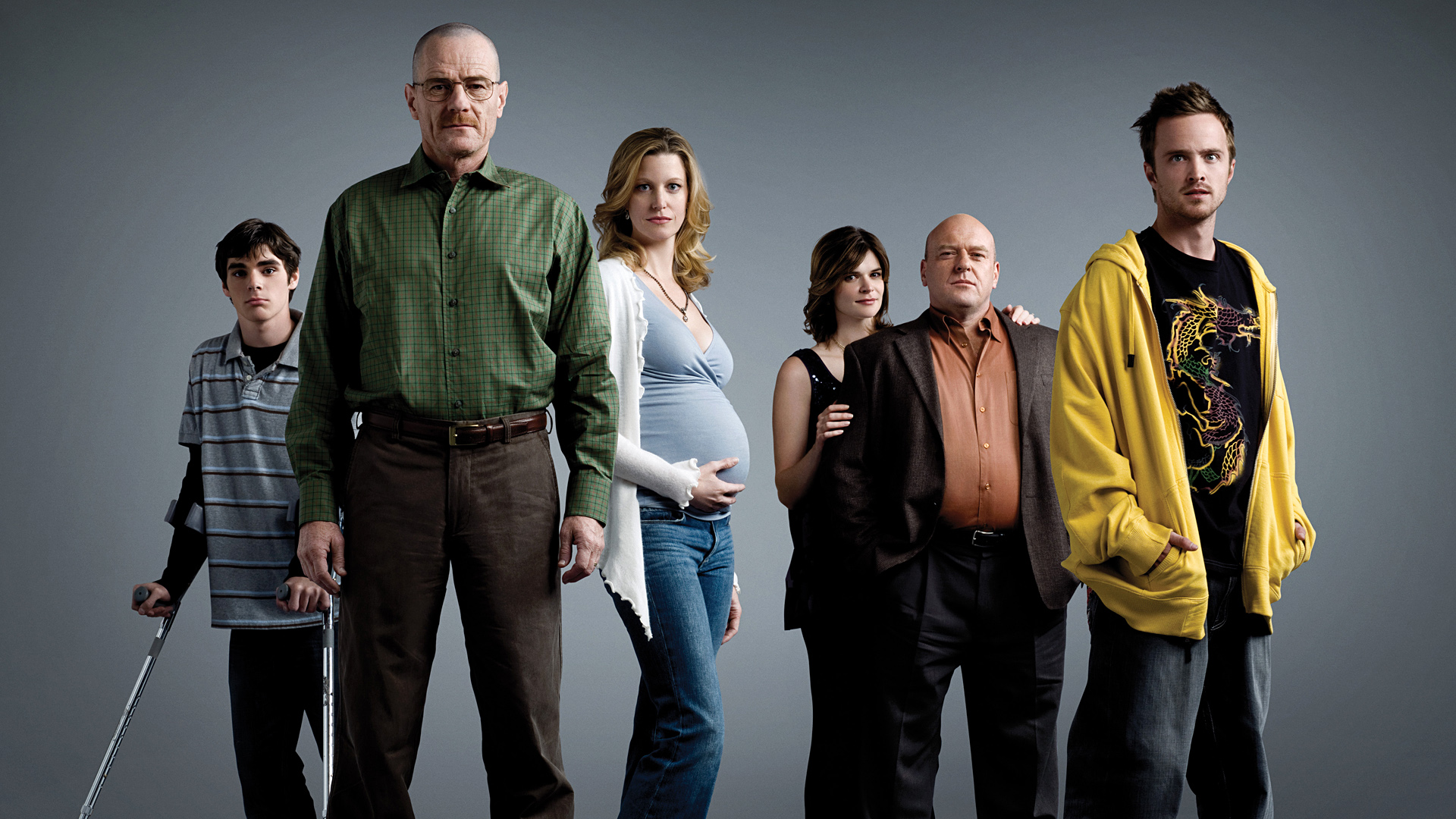 ‘Breaking Bad’ is a popular show with a high rating. The show is addictive from the beginning making the viewers pay attention to the line of dialogue and all the details. Its popularity can be seen from the volumes it has during its five seasons. ‘Breaking Bad’ is undoubtedly a favorite and incredible show that had finale season back in the year 2013.

The five seasons of ‘Breaking Bad’ kept the fans engaged with the story of the transformation of a chemistry teacher to a vengeful drug lord. Tremendous performances, emotionally piteous moments, thrilling suspense, deception, and dark theme of crime made the show popular. There are many captivating series that is worth watching for Breaking Bad fans.

The character of Weeds struggle in solving daily life issues, and the show leaves it to the viewers to judge their actions. It could be much better as you will find characters making some stupid decisions leaving you annoying. But the story and characters will make you fall in love with the show. Often, the characters make the wrong decisions, but the viewers can relate to the character in dealing the real-life issues. The serial shows that everyone can walk down a tough path and can be pushed to the limit. The moments are unforgettable, making the show captivating as Breaking Bad.

Homicide: Life on the Street

Homicide: Life on the Street is a cop show that was created by Paul Attanasio. This show is a perfect amalgamation of suspense, drama, and humor. The show has the least attractive cast on television and depends on the talent of cast and powerful script to succeed. The series of stories are well-placed from the beginning till the end. The story is interesting, keeping aside the need for any eye candy to be hit with the audience. Unfortunately, the show was canceled as it was unable to gather enough viewers. But, this great drama piece surly deserves your attention and a must-watch.

The Shield offers everything that a ‘Breaking Bad’ fan needs. It is a perfect amalgamation of violence, corrupt cops, detective work, and hot chicks. One should not blindly trust user reviews as few people are the great critics, and the mob follows suit. Some shows get lucky and gather the right side of the audience while others like The Shield show unable to manage the right audience and fall prey to the online mob. The seven seasons of The Shield emerged a lot of questions like when does the difference between good and bad diminishes? How far can a person go following the right path?

Regarding the content quality, television shows have their ups and downs. Viewers can get some extraordinary seasons, but some can be a horrible one that they surely want to skip. Fortunately, the creators of Sons of Anarchy got the successful formula to be consistent over all the seven seasons. Couples of episodes are required to get going and then begin a hilarious ride with turns, twists, and cliffhangers.

Kurt Sutler created a son of Anarchy show, and the story is about an outlaw motorcycle club in California’s Central Valley. They are involved in illegal and legal businesses, dealing under the cop’s noses. This is one of the shows you cannot wait for upcoming episodes to know what happens next. The gang members are the villains who can die for their friends and family. They are the show attraction and can do anything for the protection of their loved ones. The show is pretty addictive as viewers love to watch the affection of these villains with their family and helping in resolving issues.

The Sopranos is all about the life of Tony Soprano- a good-hearted mobster. James Gandolfini plays a likable, grumpy mobster that lives two lives. On the one hand, he is a caring husband and a father while, on the other hand, he is a hard-hearted mobster who knows how to get business done. This show has gathered people with the anti-hero character. The grumpy mobster loves to be who he is- he loves to be a horrible man who needs to be respected and feared. On the other side, he is the most likable character who supports and protects those who are loyal to him and spares no betrayer. Although this show can sometimes be racist and sexist, the awesome acting and brilliant writing ensure that these things do not overpower the show.

If you are wondering about life during the Wild West, then your wait is over. The story revolves around the post Civil war years in the mining town where lawless mining takes place, attracting whores, outlaws, and gold diggers. The story is about the people who willingly risk their lives to make it big. They have suspicious moral standards that are required to live in a place where there is no value in life. Under normal conditions, you will hate them, but in this show, they are trying to survive. Deadwood offers you tons of profanity if you are not offended easily then this show is a must-watch.

The Wire has good character development and serious writing. At first glance, it might seem like a procedural cop show, but as soon as you watch some episodes, you will realize that it is different. There are no chases, no big sequences, or fights, and this makes the show different from others with a similar plot.

The show depicts the reality of the struggle between drug dealers and cops, allowing viewers to see the world through their eyes. The beginning episodes define the characters and take time to set the whole narrative, and the further episodes show the struggle for power to outsmart each other, which goes till the end of the show. Its slow nature may feel like giving up but hold on as it gets better. The storyline is realistic and gripping but might not be as flashy as Breaking Bad.

Boardwalk Empire is a period crime show that successfully grabbed the viewer’s attention. The notion of smuggling alcohol may not seem a high-stake or intense premise, yet it was a major crime in 1920s America. The show was on-air from 2010 to 2014 and treasured 57 Primetime Emmy Awards. This was accomplished because of extraordinary performances, authentic set pieces, and dynamic narratives.

This zombie thriller is based on a prominent comic book series with lots of thrilling action and world-building. There were no zombies in Breaking Bad, but you can see the same amount of bloodshed and bodies.

This car-centric action show depicts the campy action levels to the max. This makes it fun to watch, and the premise involves an anarchic society and car engines running on human blood. This cheesy Syfy series draws the same audience with the inclusion of drama, action, and some comic relief.

The Animal Kingdom is a Breaking Bad on steroids. With higher rewards, bigger crimes, and larger stakes, Walter White’s operation is like a cakewalk. After the death of J’s mother, he lived with his grandmother and learned that their luxurious lifestyle is possible only by criminal activities. The highly manipulative grandmother is no extraordinary, and her sons were not saints either that make some great conflicts to happen.

Narcos can be your next watch if you want to watch a show like Breaking Bad whose storyline revolves around the drug dealing. Season first and second focuses on the fall and rise of a real-life drug kingpin, Pablo Escobar. The portrayal of Escobar by Wagner Moura is horrible to watch and makes it worth watching. Narcos season 4 is a spinoff series that take you in the era of the 1980s.