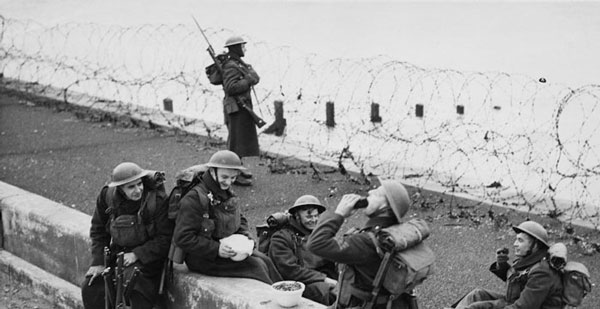 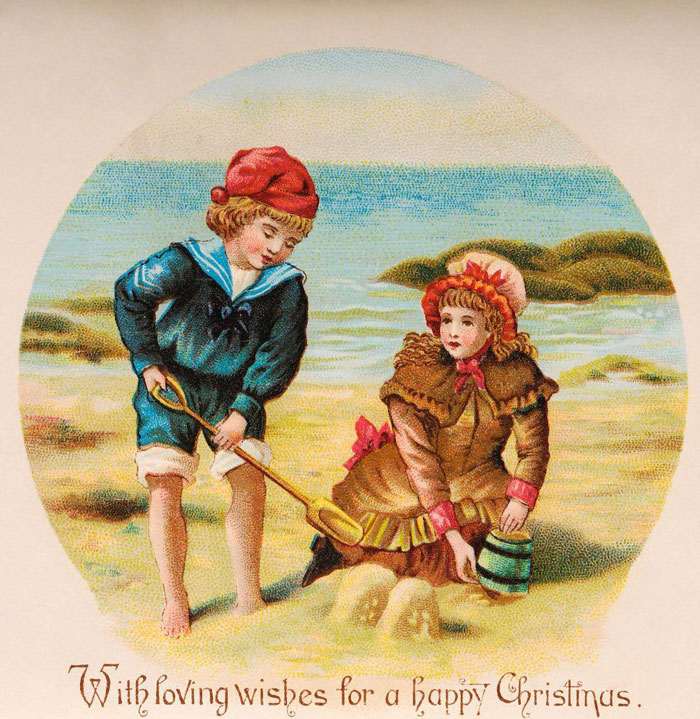 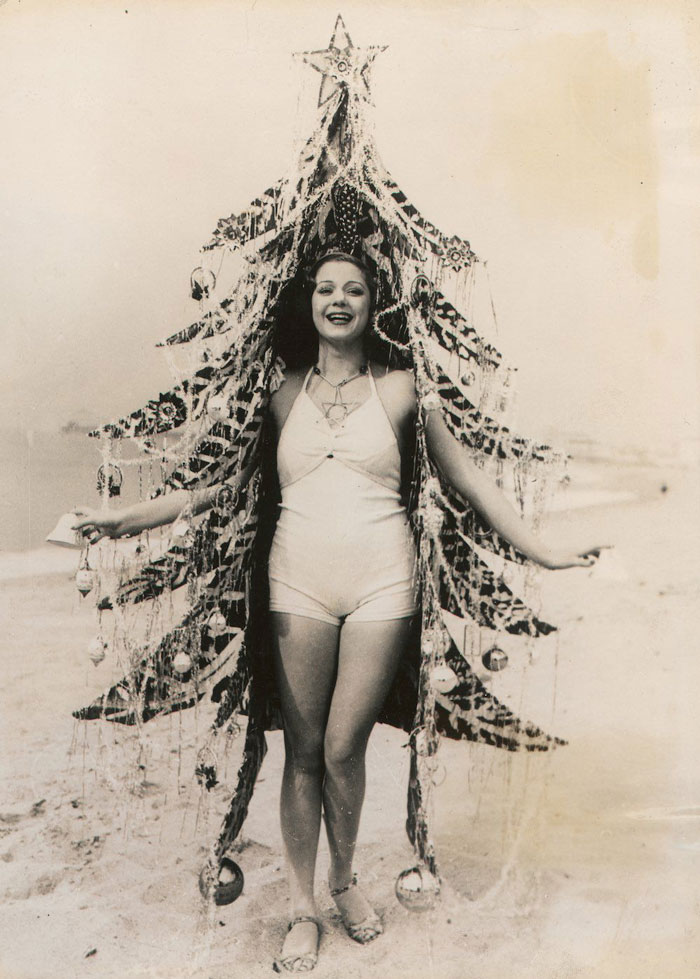 Visitors staying at the Branksome Towers Hotel in Bournemouth enjoying an unseasonable swim on a private beach at Christmas time (Dec. 23, 1932) 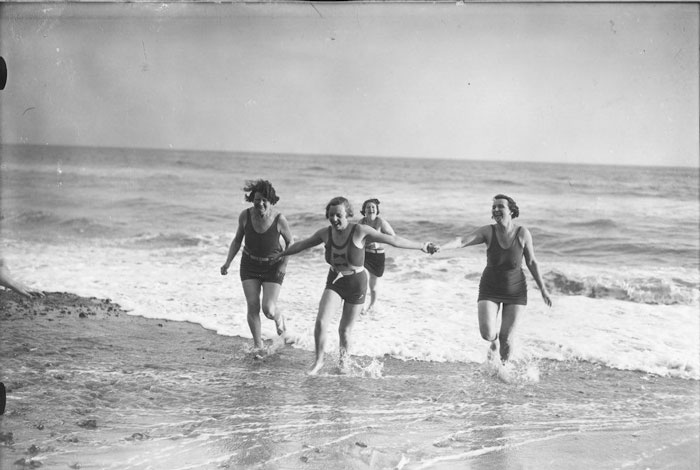 Christmas on the beach – bathers with medicine balls (c. 1935) 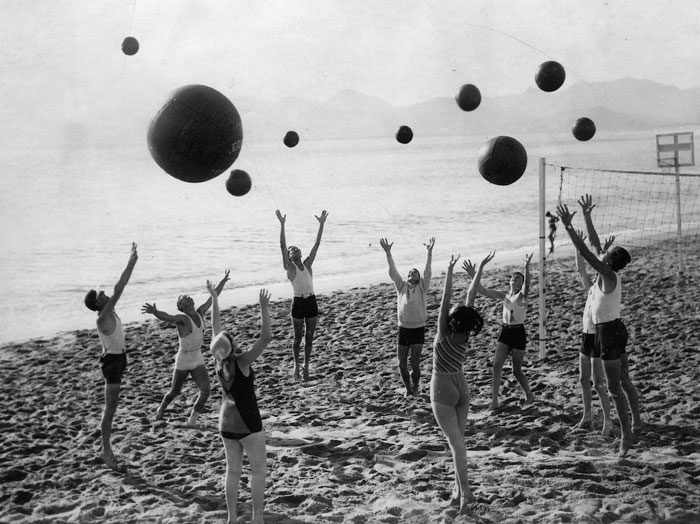 Santa Claus posing surrounded by young women in bathing suits on the beach of Venice, California. In fact, it is Fred Robert, a shoe seller who made a fortune. Dressed as Santa Claus, he shared his wealth by organizing a Christmas party to which hundreds of children were invited (1939) 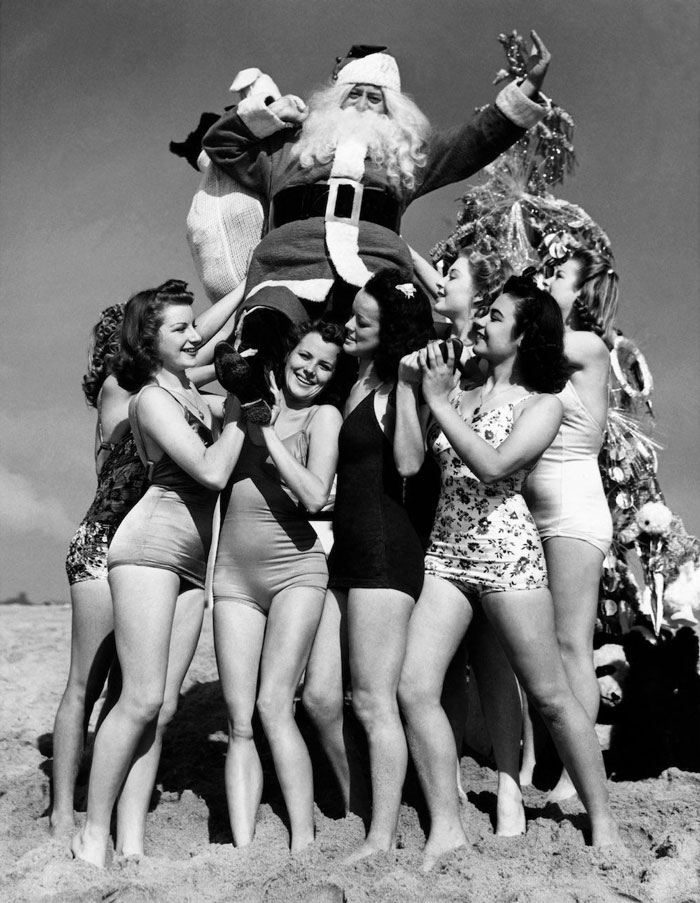 British soldiers tuck into a Christmas pudding at their post on the British coast, during the second Christmas of World War II (Dec. 26, 1940) 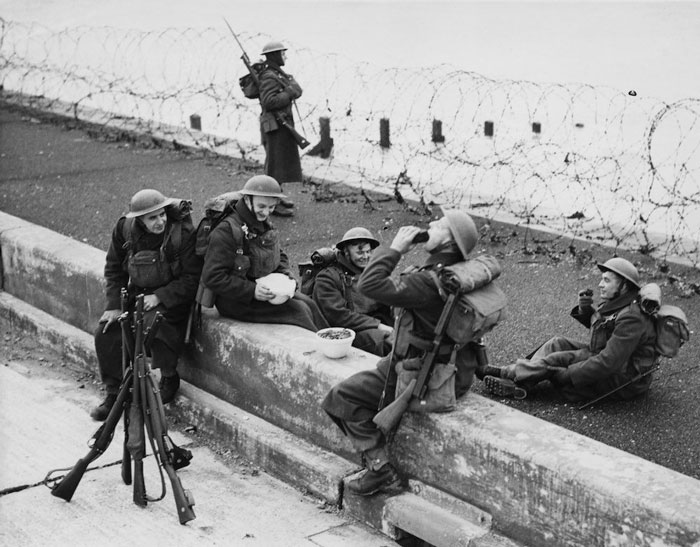 A group of women decorating a Christmas tree on the beach (c. 1950) 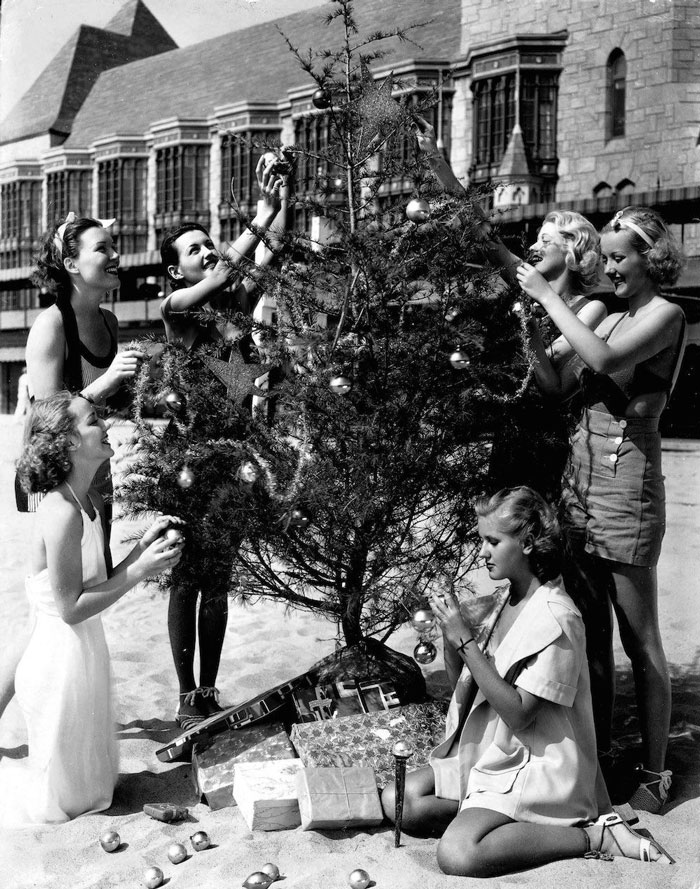 A family decorates their Christmas tree with balloons on the beach, Bondi Beach, Sydney, Australia (1956) 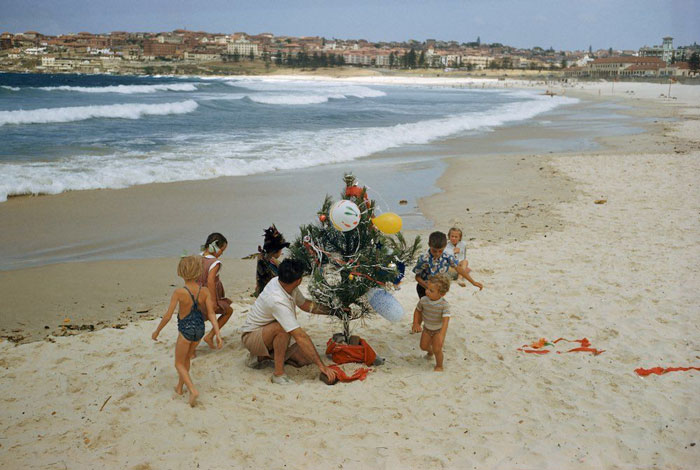 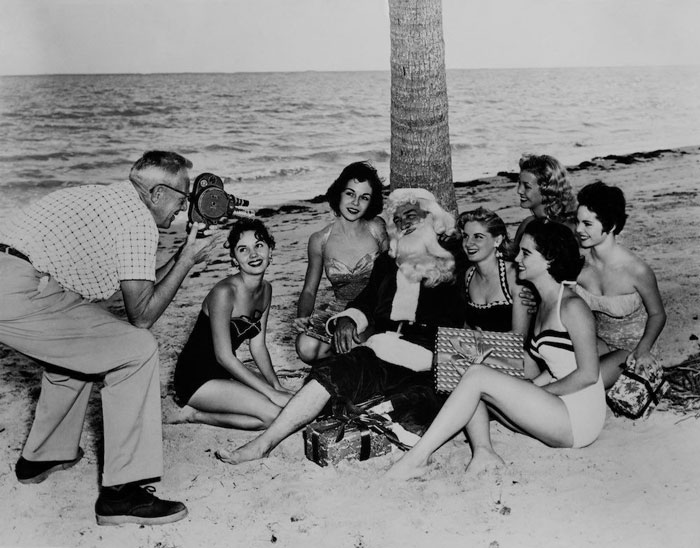 A Christmas tree on Saint-Petersburg beach in Florida (1960s) 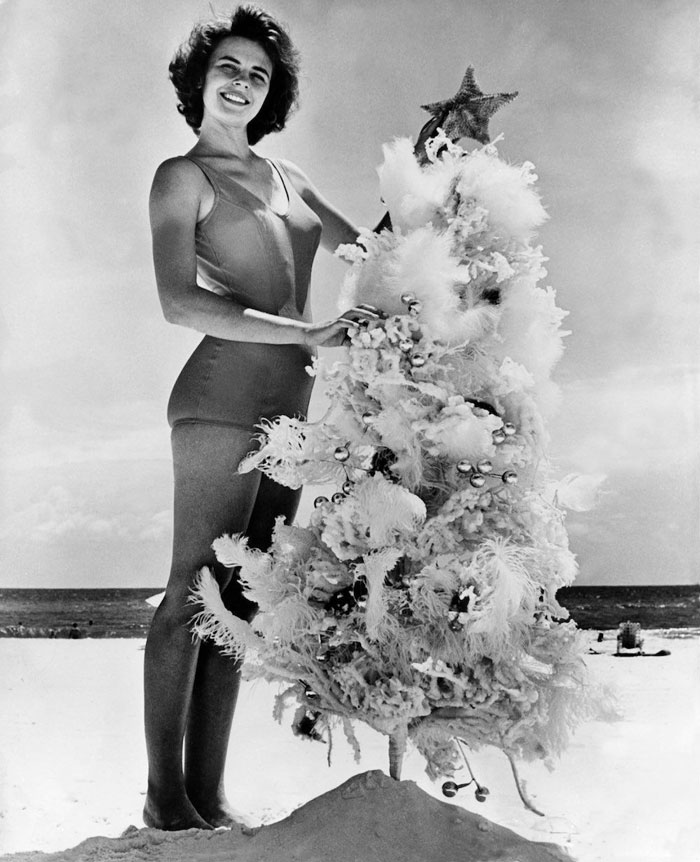 Crowded beach at Christmas time in Playa Del Carmen on the Riviera Maya in Mexico (c. 1968) 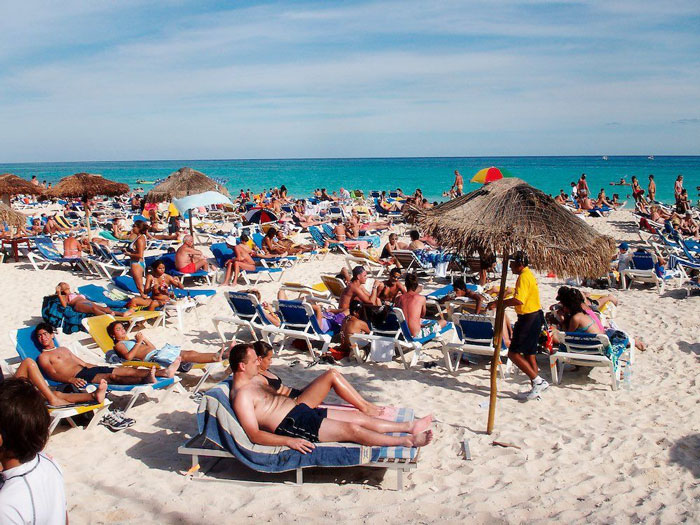 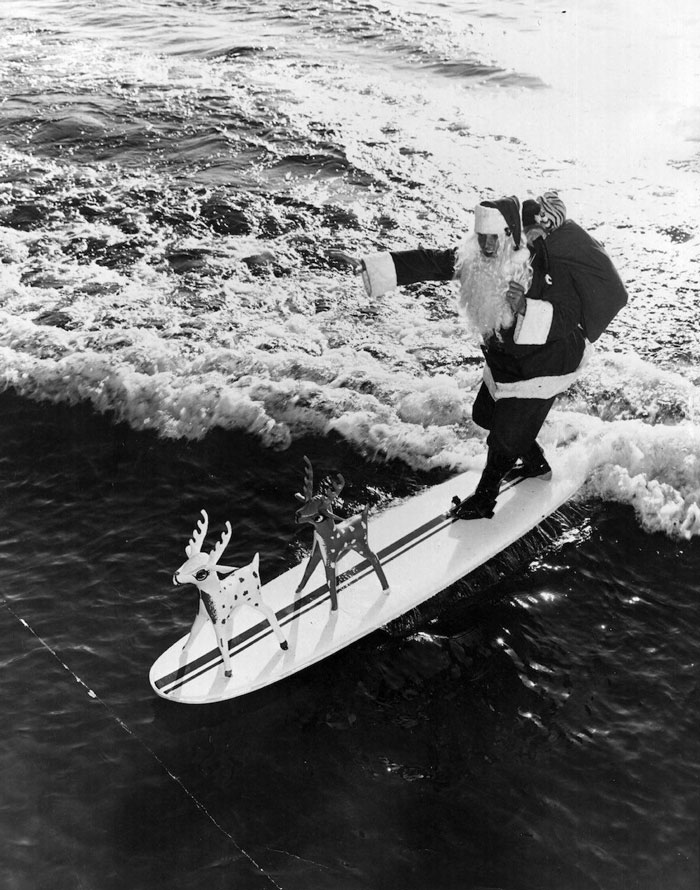 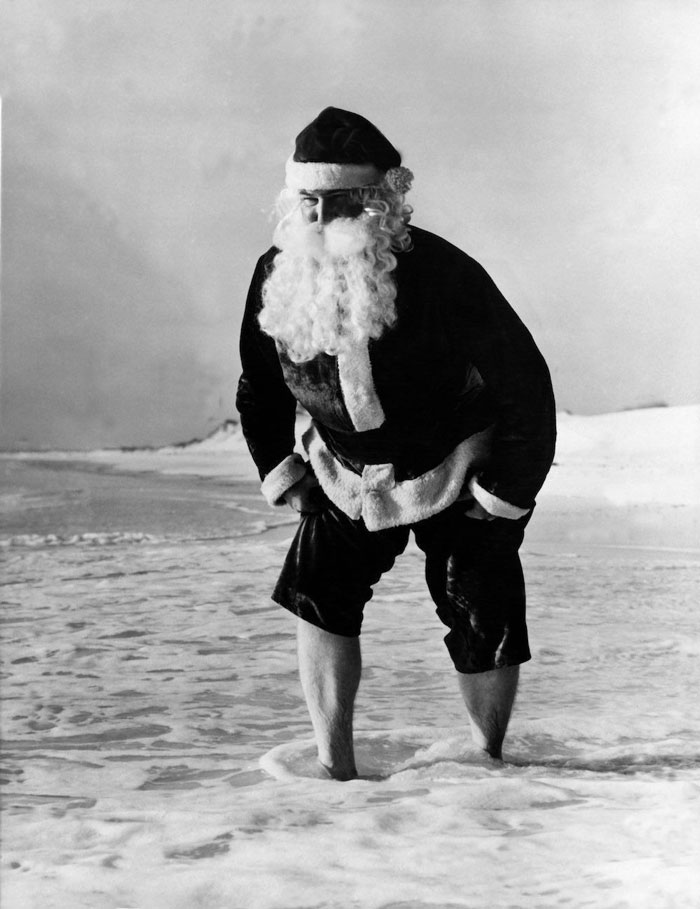