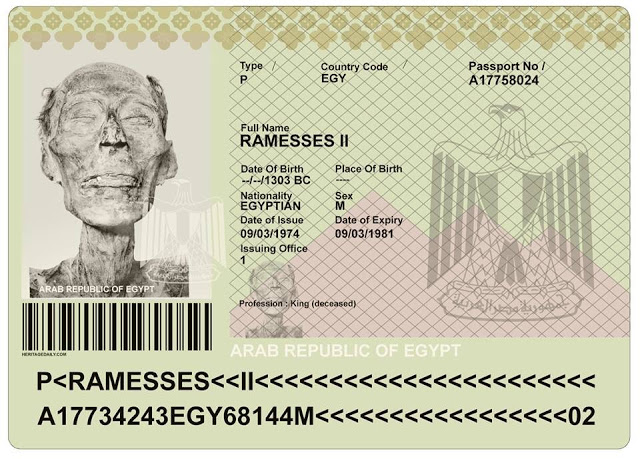 In 1974, the precious mummy of Pharaoh Ramesses II was set to travel to France. The reason to transport the mummy from Egypt to another country was to put it in special laboratories located in France to assist in preserving its condition.

But there was one problem. Under the French law, anyone who enters the country, alive or dead, must have a passport. Even Ramesses II, one of Ancient Egypt’s powerful pharaohs, must have the proper travel documents.

The 1974 passport for Pharaoh Ramesses II

Therefore, the Egyptian government issued a passport to King Ramesses II, labeling him as “King (deceased)”.

Just as interestingly, when the mummy arrived in France, it was received with a funeral procession of full military honors, as was fitting for all members of high rank.

Pharaoh Ramesses II, was the 3rd Pharoah of Egypt in the 19th dynasty of the 12th century. He was known as Ramesses the Great. This Pharoah of impressive achievement lived to be 96 years old, which means that he basically outlived most of his subjects.

All of his subjects who were born with him as Pharoah, believed the world would end with his death. He assumed the throne in 1290 BCE, setting about to the restoration of war-torn Egypt.

Many magnificent monuments and temples he built in his own honor, like the vast tomb complex known as the Ramesseum at Thebes, the temples at Abu Simbel, and hundreds of other buildings. That’s how great he was!

The impressive facade of the Ramesses II Temple at Abu Simbel 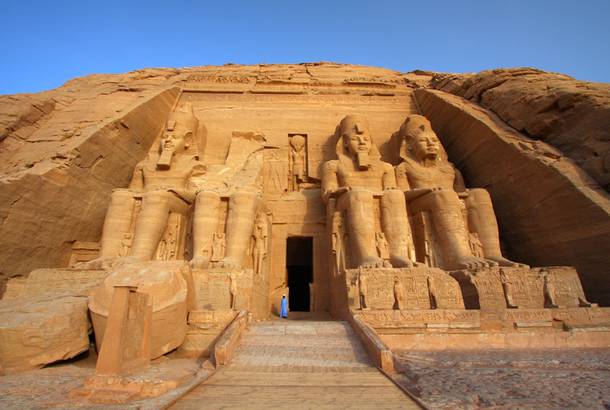 Ramses II was buried in the Valley of Kings, but had to be replaced because of looting.

After a detour, his mummy was moved to tomb DB320, located near Deir el-Bahri, where it would be safe from tomb robbers. In 1881 his body was discovered there and moved to Cairo’s Egyptian Museum.

The Mummy of Pharaoh Ramesses II 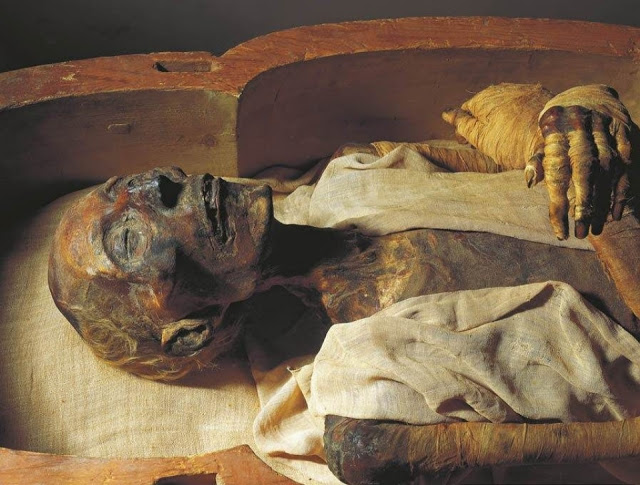 The mummy of Ramses II was rather short for an ancient Egyptian: 5ft7 (170cm). It also shows us his hooked nose and wounds and fractures incurred in battle.