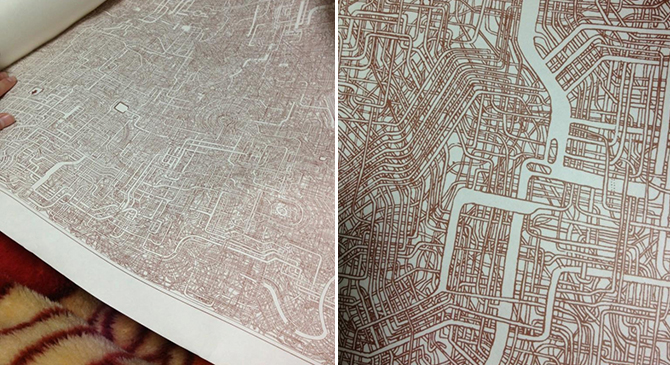 An incredibly detailed maze recently made its way to social media after a Twitter user shared a photo of it online. The maze, which was actually made by her father over 30 years ago, contained many fine lines and detailed curves. It can easily be one of the most complex maze you’ll ever see. Take a look!

The Twitter user stated that her father, a very talented janitor at a university in Japan, worked on this maze for over 7 years before it was completed in 1983.

It’s baffling everyone why he remains anonymous and why this maze was kept in secret, stored in the attic of his house before it was discovered by his daughter.

The maze, appropriately called, “Papa’s Maze”, is very unique and complex that not one person has been able to solve it.

Check out all that details. WOW!

The artist’s daughter has decided to start selling copies of the maze online for $40.00. You can get your very own copy here. Who knows, you might just be the one to solve it.