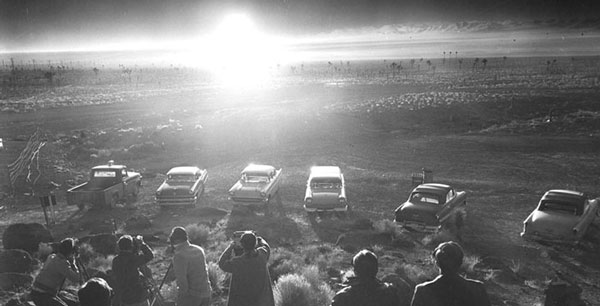 Las Vegas was once famous as the favorite spot for Nuclear Tourists.

At the end of World War II, the USA suddenly made the nuclear bomb so devastatingly famous… In the 1950s the States made over 900 nuclear tests in the Nevada Desert lasting over 40 days and leaving multiple craters on the sandy body of the desert. These photos recall disturbing memory of Sin City nuclear holiday.

Model posing in front of a nuclear cloud 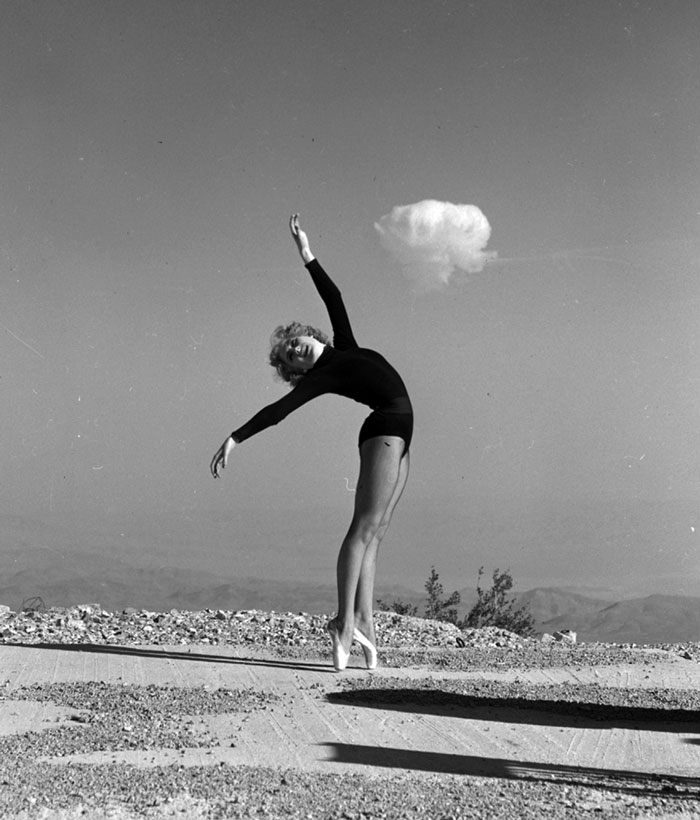 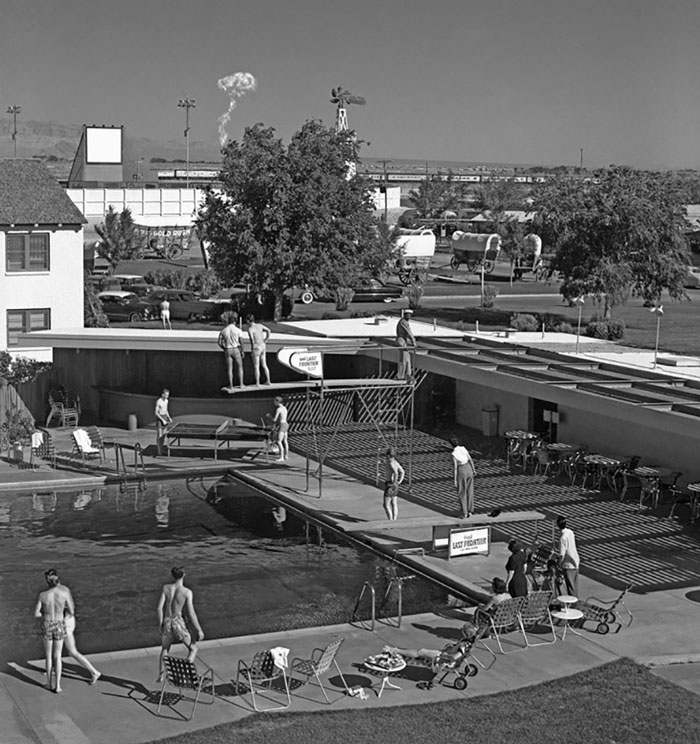 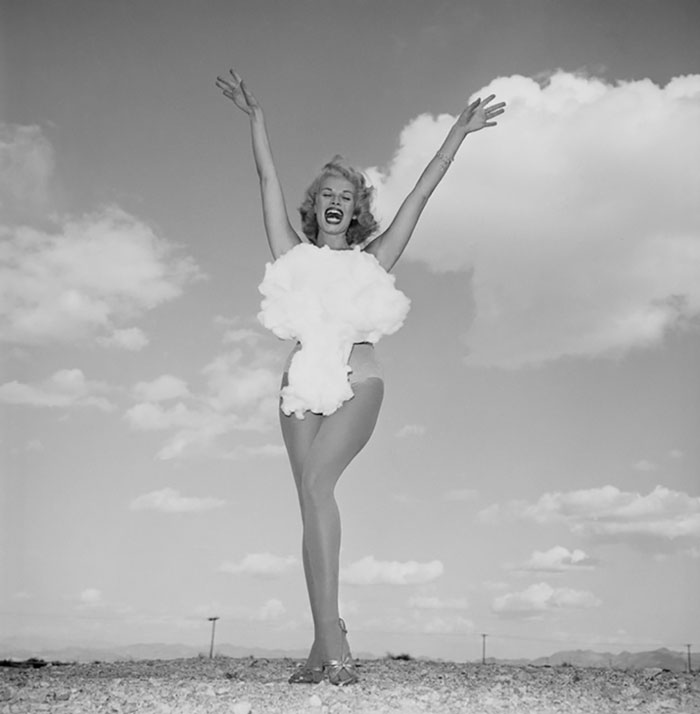 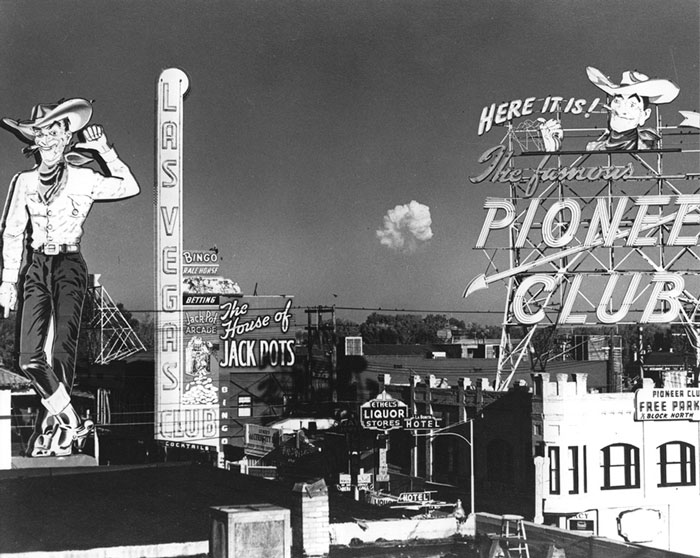 The Atomic Fashion of the Nuclear Bomb Tourism of the 50s 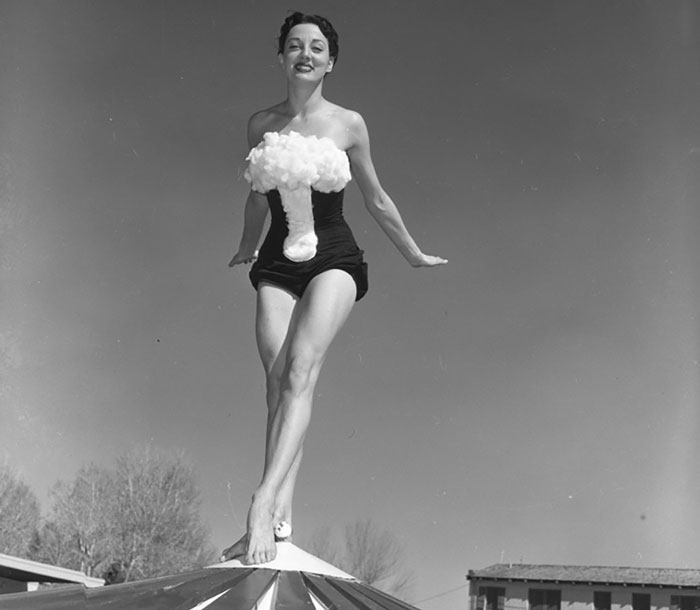 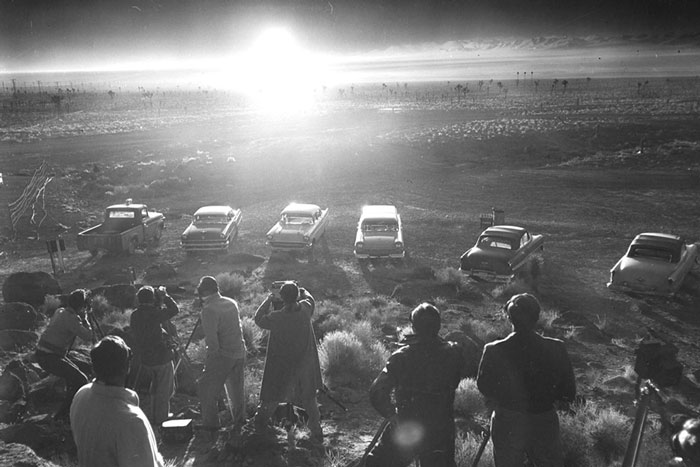 Just a few moments to get that perfect shot 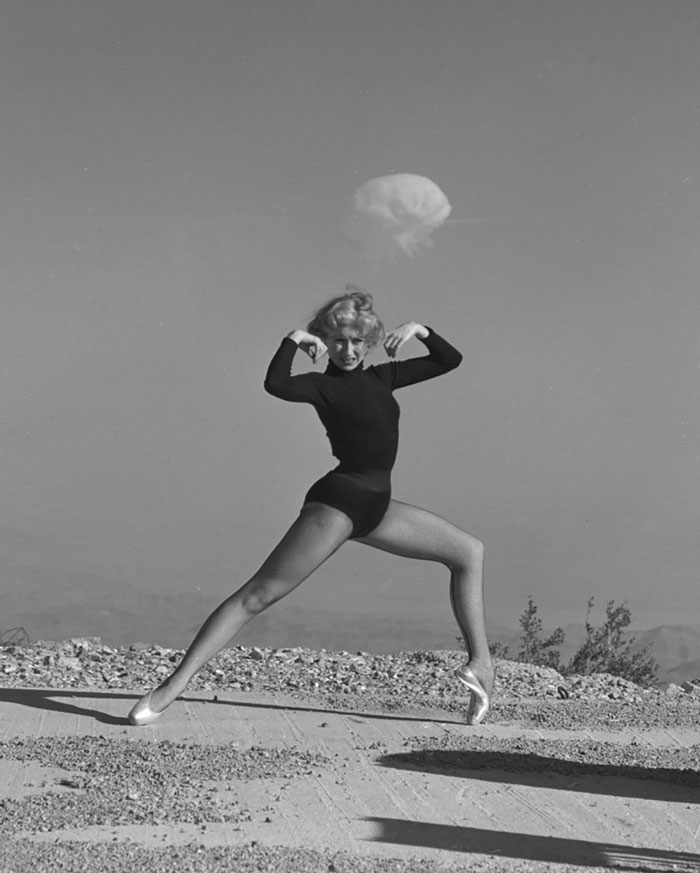 A bright flash from the nuclear blast… 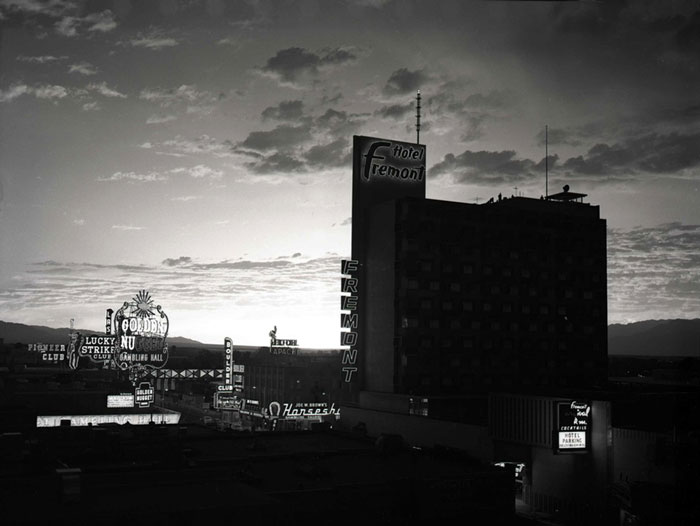 The pillar of smoke that follows 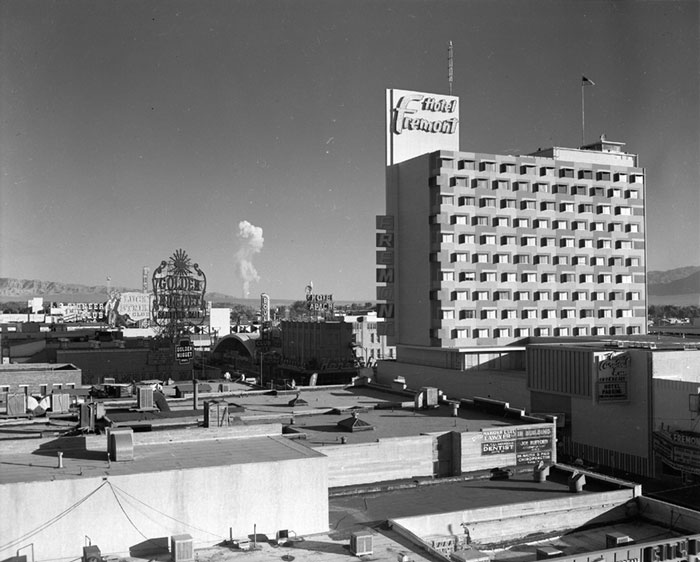 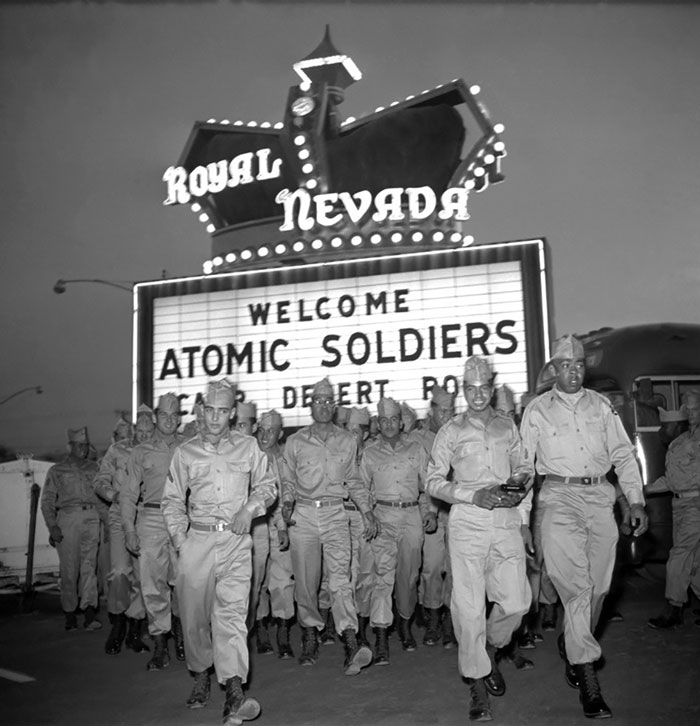 Nuclear tests would draw in hundreds of spectators… 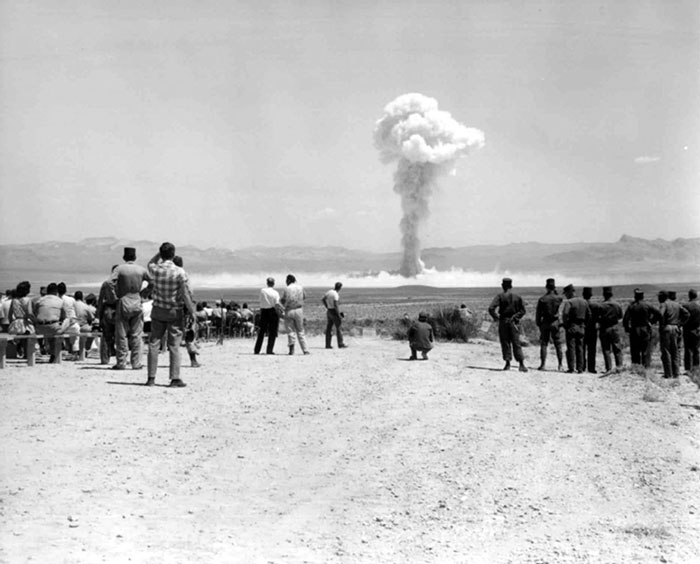 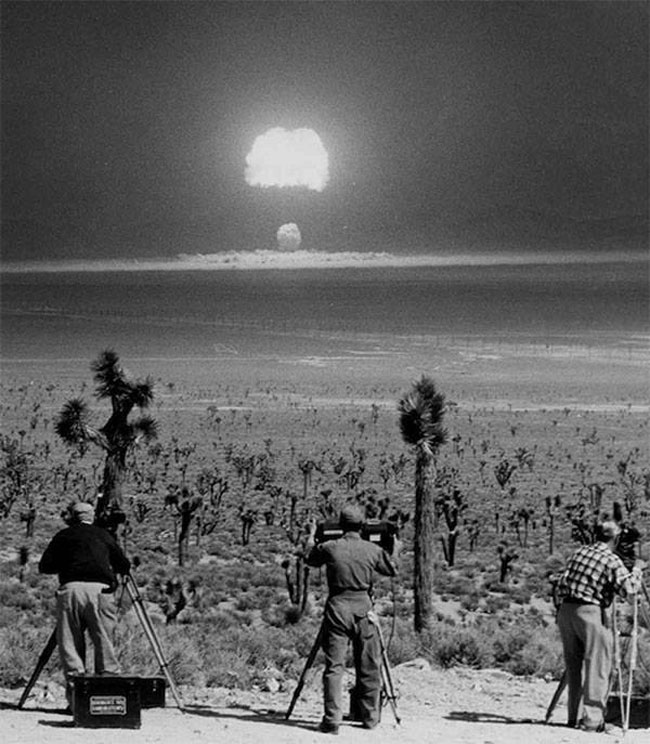 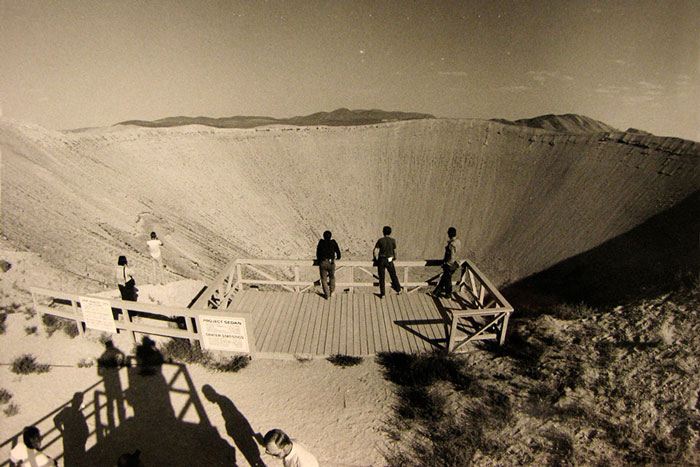 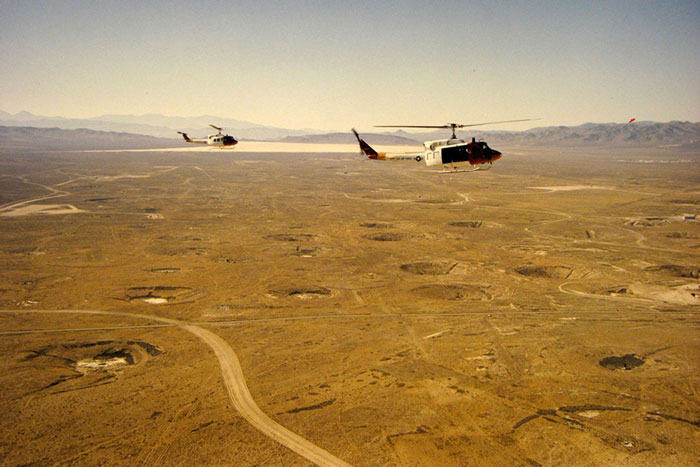