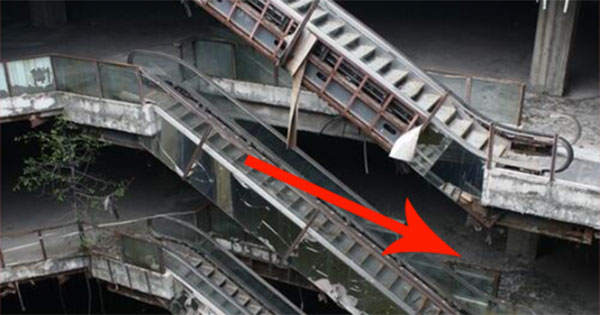 The New World Mall in Bangkok, Thailand, was once filled with busy shoppers. But it was abandoned in 1997 due to a breach in zoning laws. Then in 1999 a fire destroyed much of the building, leaving it without a roof.

Rainwater soon started flooding the building’s basement, resulting to a widespread mosquito problem for the locals. To combat the pest, an unknown person introduced koi and catfish to the murky waters.

Not only the fishes eat the eggs of the mosquitos, they’ve started to create their own ecosystem, transforming the ironically New World Mall into an unexpected giant aquarium.

This is the mall from the outside. 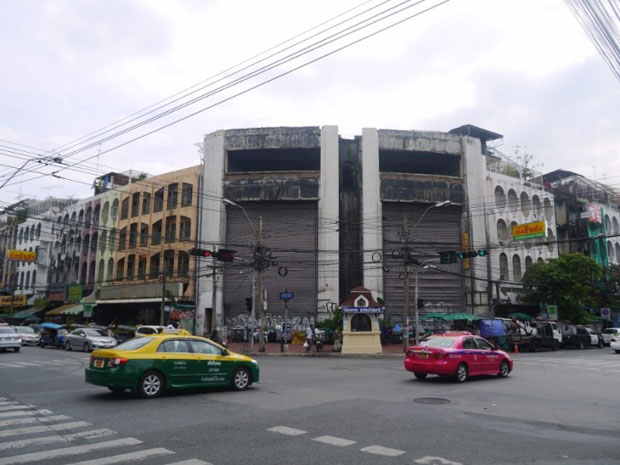 When you go inside, you’ll immediately notice movement in the water below. 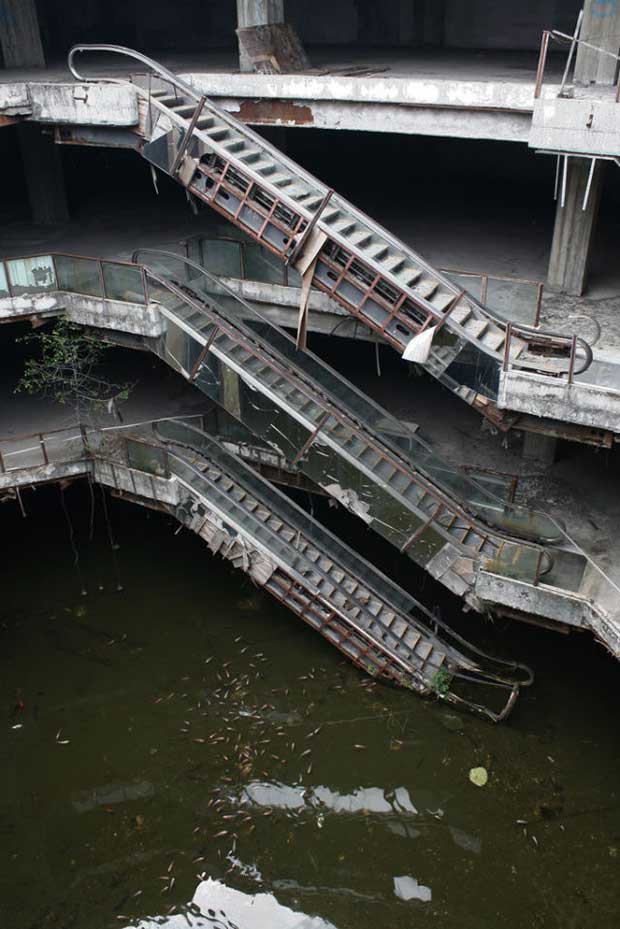 When you go closer, you’ll soon see a school of fish. 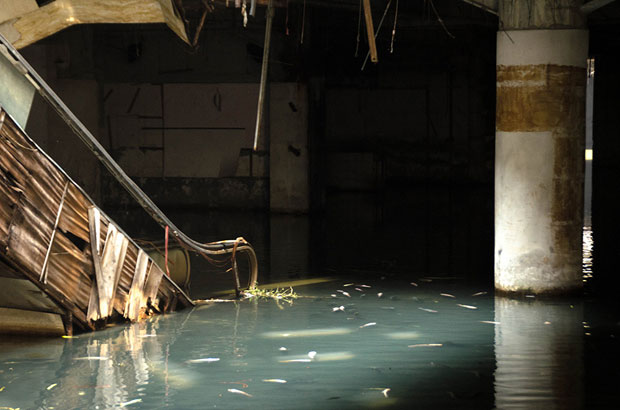 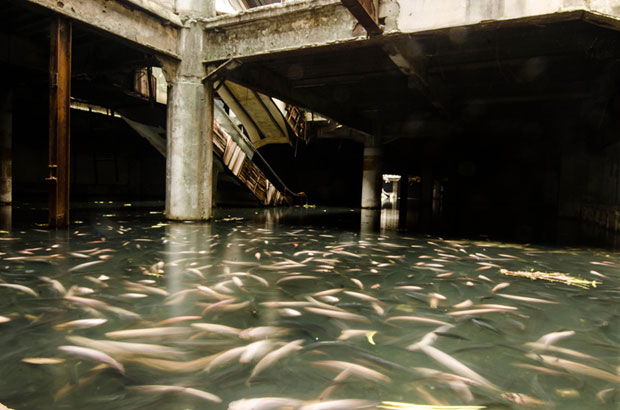 They’re meant as a simple pest control measure, and now they’re taking on a life of their own in this strange urban pond. 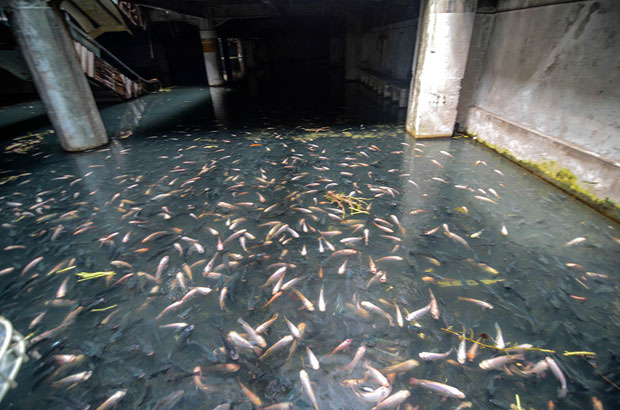 You’ll find vendors outside selling fish food to anyone who want to risk entering the mall to feed the fishes. 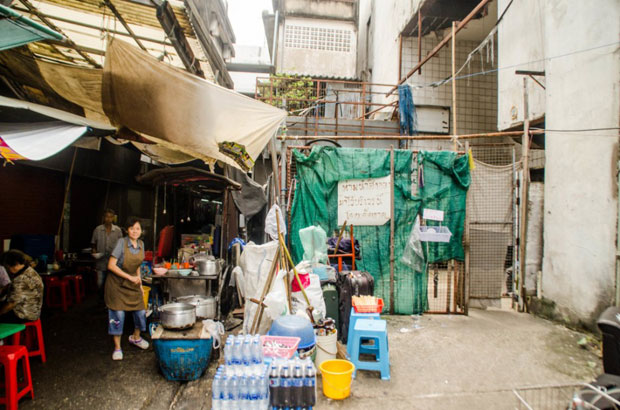 This helps the fishes to survive. 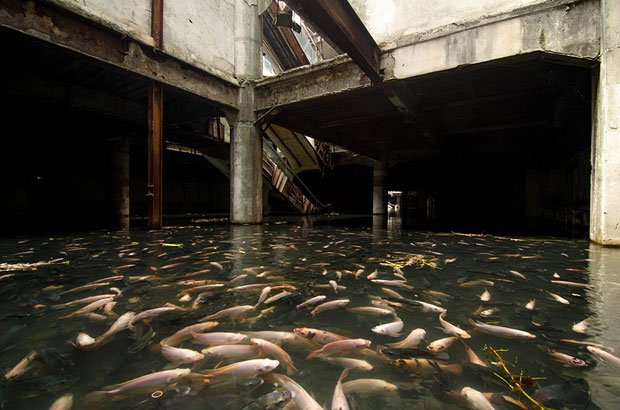 City officials have since become concerned with this new attraction in the city. 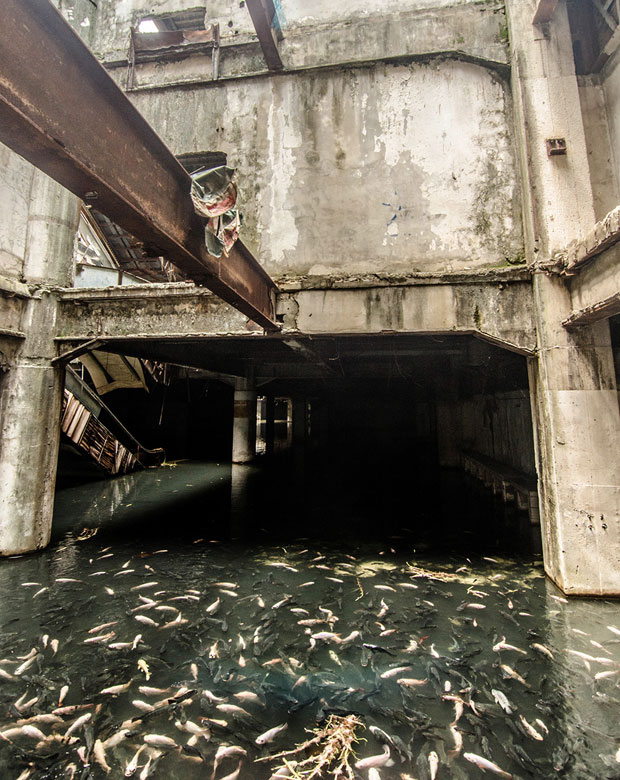 But travel writer Jesse Rockwell was able to sneak into the mall, avoiding the watchful eye of local authorities, and took these stunning photos. 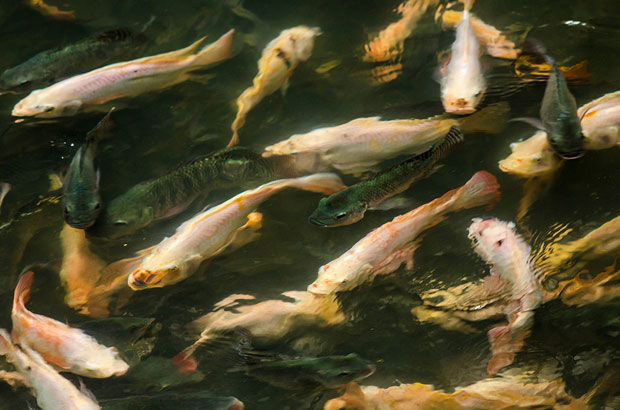 “I will not tell exactly where it is,” Jesse said. “…[the] locals somewhat discourage people visiting it. In fact we had to wait for a policeman who was parked on his motorcycle in front of the gate to leave before we timidly entered.” 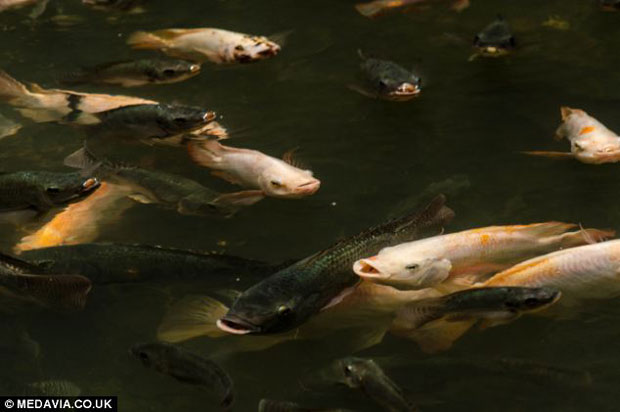