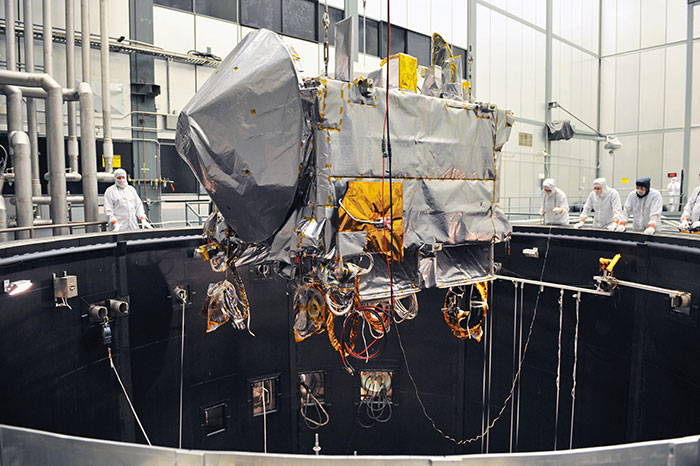 We are not making this up. NASA is dead serious on collecting various pieces of artwork from Earth and putting them on 101955 Bennu. That’s not the address of a soon-to-be-opened museum; it’s the name of an asteroid where the astronauts would place the paintings.

NASA has been actively involved in collaborative projects with the public, and this is one of their latest. Up to September this year (2016), the organization will be accepting digital art submissions from people, all of which will be placed on a chip and will travel inside a space shuttle called OSIRIS-REx. Once the space shuttle lands on the asteroid, NASA will take samples of it and see whether or not aliens, or any other life form, have passed by and viewed the art gallery. It will take two years for OSIRIS-Rex to reach the asteroid from Earth.

“Space exploration is an inherently creative activity,” said Dante Lauretta, the chief investigator for the OSIRIS-REx. “We are inviting the world to join us on this great adventure by placing their artwork on the OSIRIS-REx spacecraft, where it will stay in space for millennia.”

Since humans can’t possibly converse with aliens through language, artwork is the perfect form of communication. For some museums, like the Philadelphia Museum of Art, artwork and exhibits are being communicated to the youth through creative digital mediums.

Bennu was chosen as the asteroid to put on the artworks as it is relatively close to Earth. The asteroid is about 500 meters in size, and is within about 35,500 kilometers from Earth. Scientists say that there’s a chance that the asteroid will collide with Earth but that likelihood is very small, if not, non-existent. According to experts, there’s roughly a 1 in 3,000 chance that the asteroid will hit Earth by the year 2200. That’s like trying your chance at hitting a cherry with an arrow from a distance of over 3 kilometers.

When OSIRIS-REx returns to Earth, the scientists will take samples from it to study. The digital artworks will remain in space forever or until another life form takes them and displays the paintings in their home — whichever comes first.