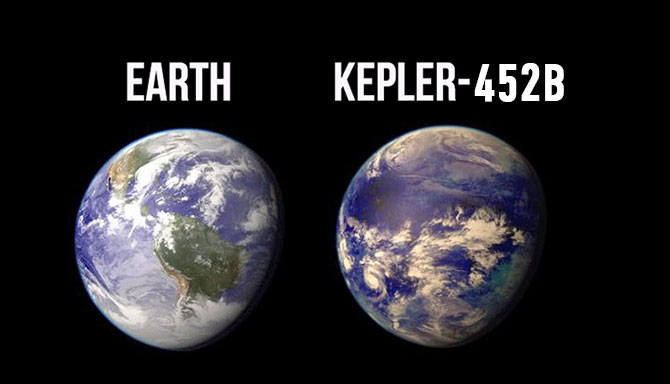 Meet Earth 2.0. NASA’s Kepler Space Telescope has been scouring the skies since it was launched in 2009. The telescope has discovered over 1,000 exoplanets outside our own solar system.

One of the planets they found they called Kepler-452b is “the closest twin to Earth” ever seen, orbiting in the habitable zone of a G2-type star, like our own. Here’s an artist’s impression of the Kepler 452b, also called “Earth 2.0” 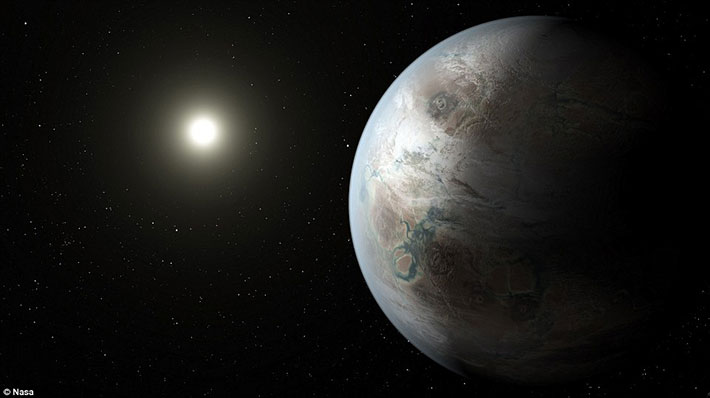 The near-Earth-size world has conditions similar to Earth, where temperatures are right for water, which as we know is an essential ingredient for life. Kepler-452b is 60% larger in diameter than our planet, and is 1,400 light years away in the constellation Cygnus. It receives almost similar amount of sun light and length of year, with similar size orbit to Earth. 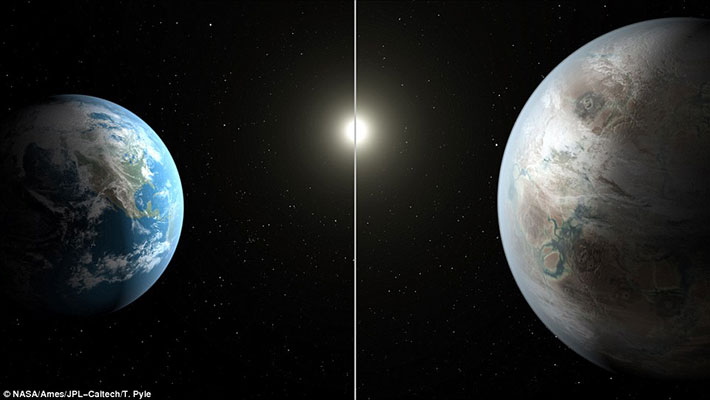 The Kepler Space Telescope has discovered 1,028 confirmed exoplanets since 2009. NASA scientists have moved its position of view regularly to watch for stars that may indicate an orbiting planet. 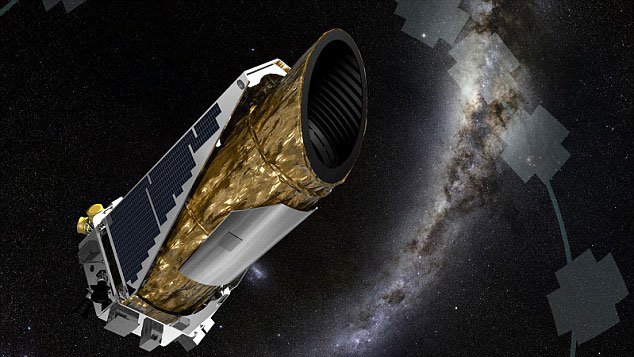 As of now, scientists are not yet sure if the planet hosts life. But they say that if we transfer plants there, they’re likely to survive.

It is “the closest twin to Earth, or the Earth 2.0 that we’ve found so far in the dataset,” said John Grunsfeld, associate administrator of NASA’s Science Mission Directorate. 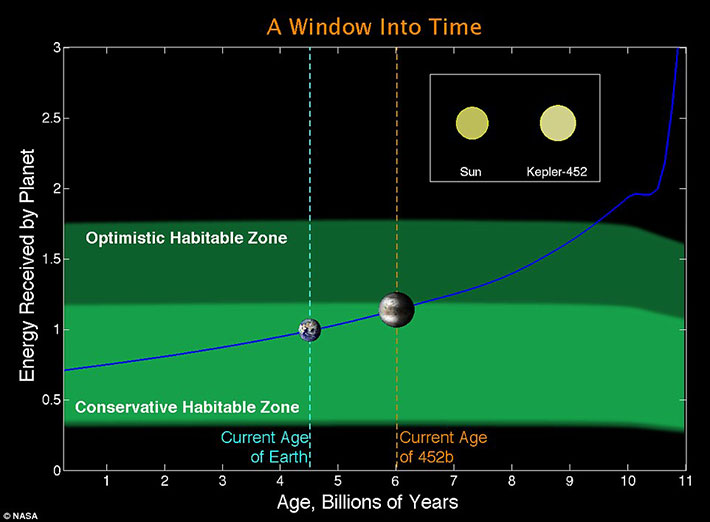 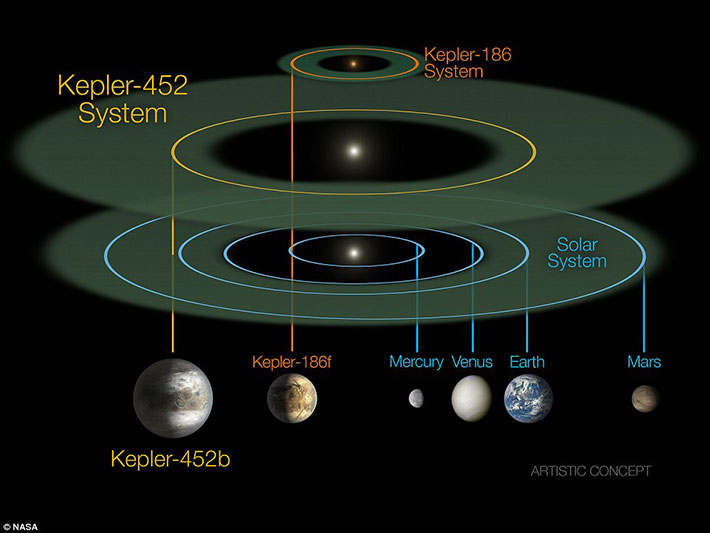 NASA’s confirmation of Kepler-452b brings the total number of confirmed planets to 1,030 so far. 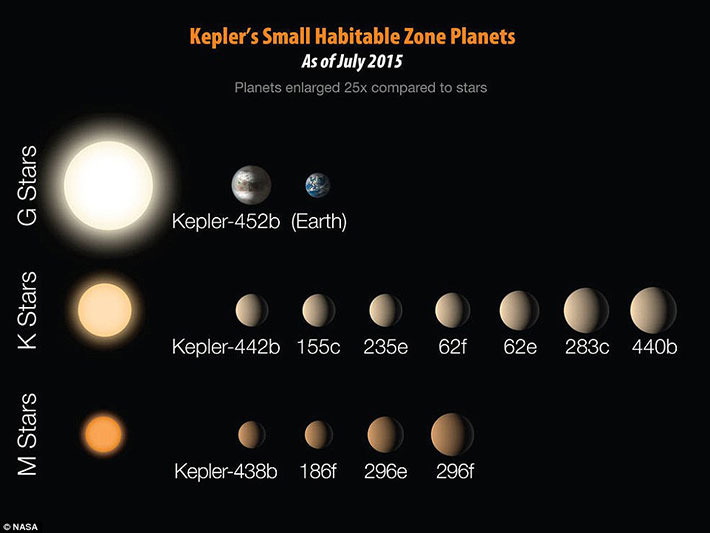 John Grunsfeld said that with better-equipped telescopes and satellites, we may one day be able to “make the first primitive maps of an Earth-like planet’, including details of ‘whether they have oceans, clouds, perhaps even seasons.” 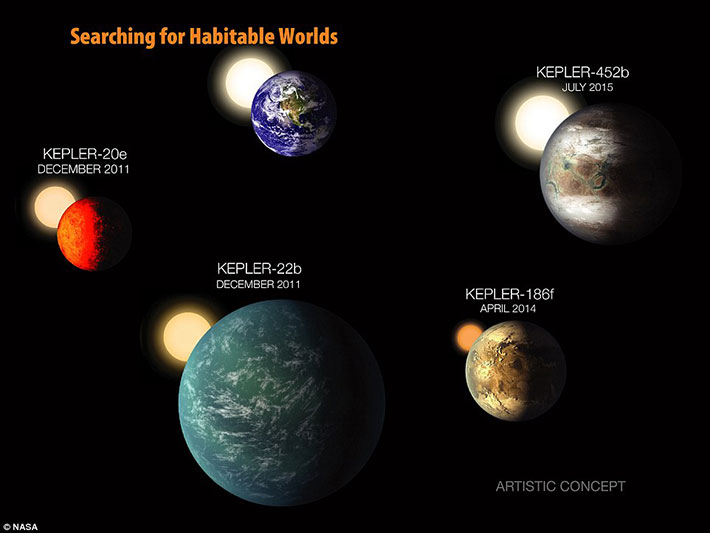 Could we travel to Kepler-542b?

NASA research scientist Jeff Coughlin said that “this is humankind’s first step. One generation from now, we might be able to get there. It gives humanity something to aim for.”

With the planet’s gravity twice as strong as our own, “we could adapt, and might potentially become more stocky over many generations,” other research scientist Jon Jenkins added.

Last year, NASA scientists announced the Kepler Space Telescope had spotted its first Earth-sized planet in the habitable zone of another star.

21 years ago, finding another Earth-like worlds belonged within the realm of science fiction. But today, astronomers are on the cusp of discovering something we have dreamed about for thousands of years — another Earth.

Do you think there’s life on other planets? Let us know in the comment below!