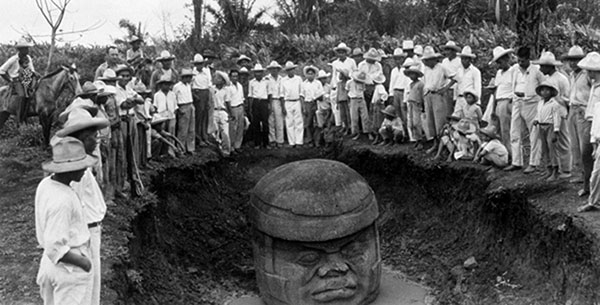 There are a number of mysterious, ancient sites discovered around world. Each one is shrouded in mystery as to how, when, and why they were built.

In our pursuit to understand more about our distant past, these prehistoric locations are bound to change what we have come to know about our prehistory. Here are 10 of the most mysterious and intriguing sites from around the world.

1. The Unfinished Obelisk of Aswan, Egypt
A gigantic piece of stone lies in the ancient quarries near Aswan, Egypt. Standing 137 feet (42m) tall and weighing 1200 tons, this single piece of rock was intended to be erected as an obelisk. Others believe that the obelisk was never finished because the builders may have been violently interrupted. Some believe it was likely due to the cracks which formed in the stone during the quarrying. 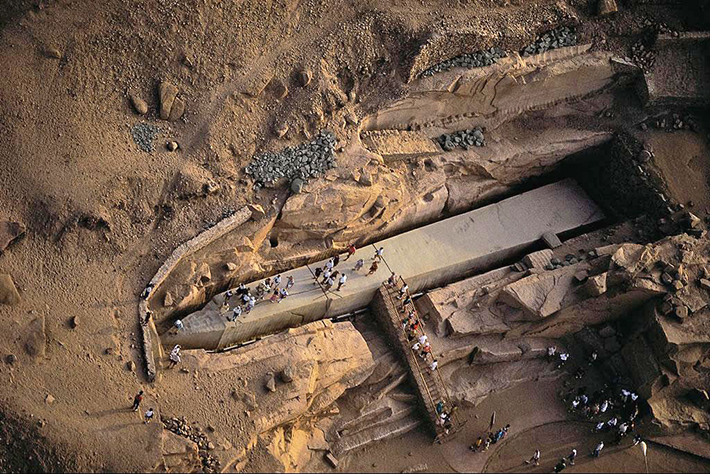 If it was finished, the obelisk would have been a full third larger than any other ancient obelisk known to us and would have been taller than a ten-storey building. The mystery remains as to how exactly did the ancient Egyptians plan on transporting and erecting the obelisk when there are very few modern cranes that could have move such a massive stone. 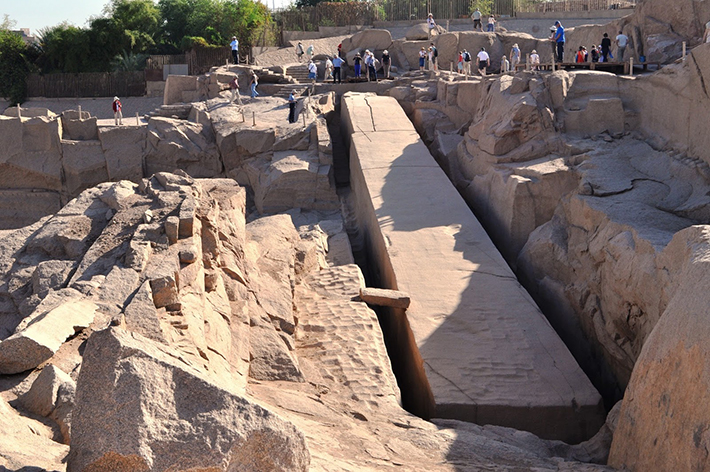 2. Carnac Stones, France
A dense collection of over three thousand standing stones can be found around the French Village of Carnac. The Carnac Stones, which were erected between 4500 and 3300 B.C., are the largest of such collection in the world. There are several theories as to the purpose of the stones. 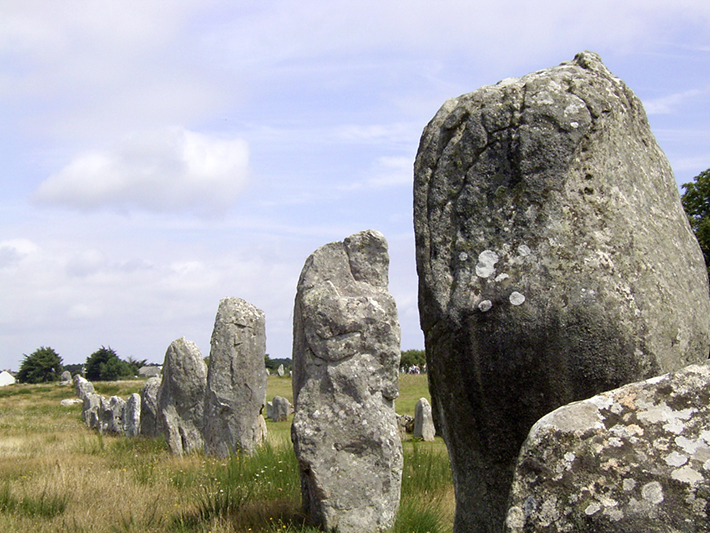 Some claim that they are aligned astronomically to create an observatory or a calendar system, while others believe that they were used as primitive seismic instruments, the balance stones acting as earthquake detectors. France’s Carnac site is also thought to support the “megalithic yard”, a controversial idea of a theoretical common unit of measurement that was used to build most megalithic sites. 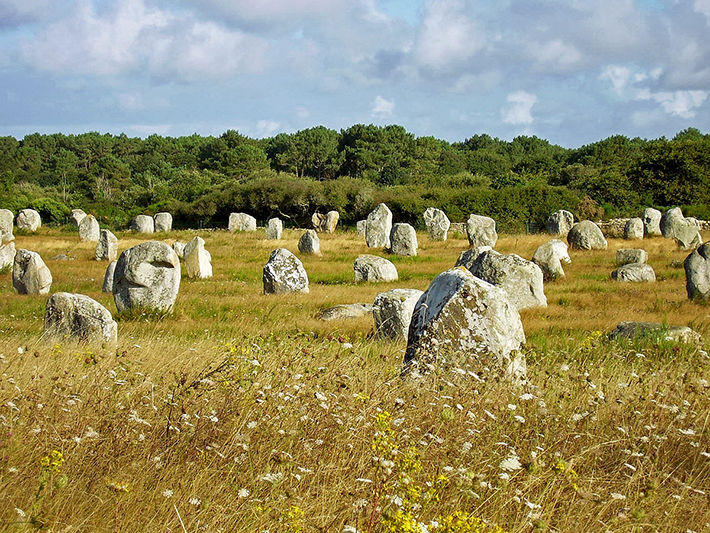 3. The dolmens (or passage mounds) of Antequera, Spain
Located in Spain are three most important and some of the largest dolmens or passage mounds in the world – Cueva de Menga, Cueva de Viera, and the Tholos of El Romeral. The sites, which can be found near the town of Antequera, are believed to have been established around 3700 B.C., making them a contemporary of many famous megalithic sites such as Stonehenge. 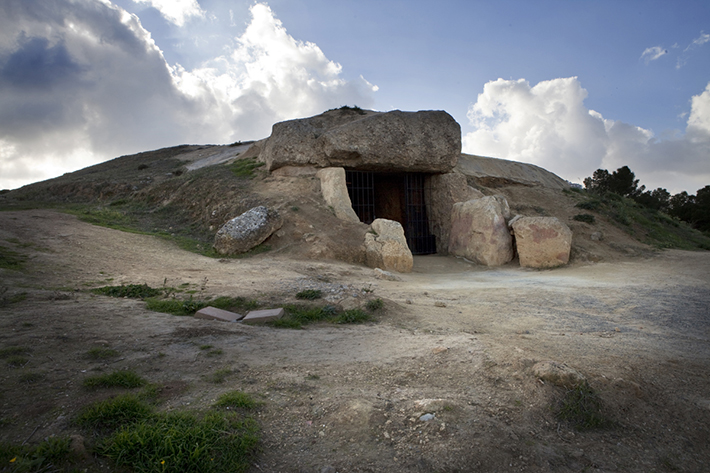 The largest stones used in the dolmen’s construction weigh 180 tons and were transported from at least a mile away. Many of the mound’s walls feature anthropomorphic illustrations.

“Menga is aligned with the summer solstice, and El Romeral shares several traits and characteristics with tholos dolmens discovered on Crete, which suggests contact with the Minoan civilization.” 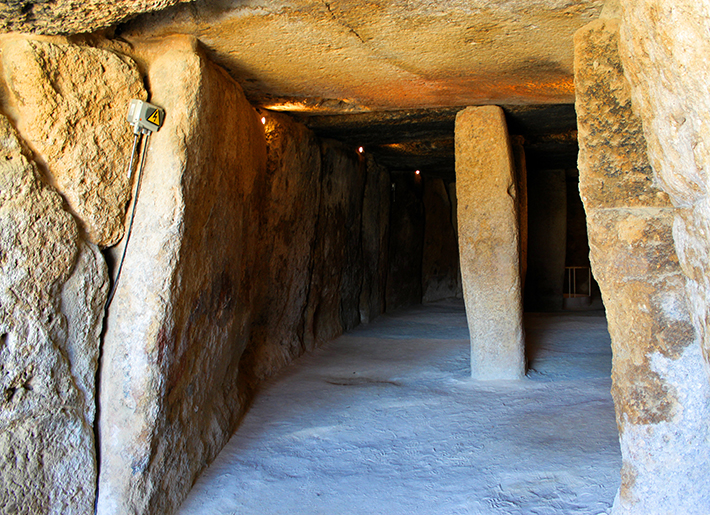 4. Ggantija, Malta
On the Maltese island of Gozo, stands a complex of two megalithic temples which were constructed around 3600 B.C., a time when metal tools were not yet available to the natives and the wheel had not yet invented. And so many of us wonder how these temples (where small spherical stones have also been discovered) were built. 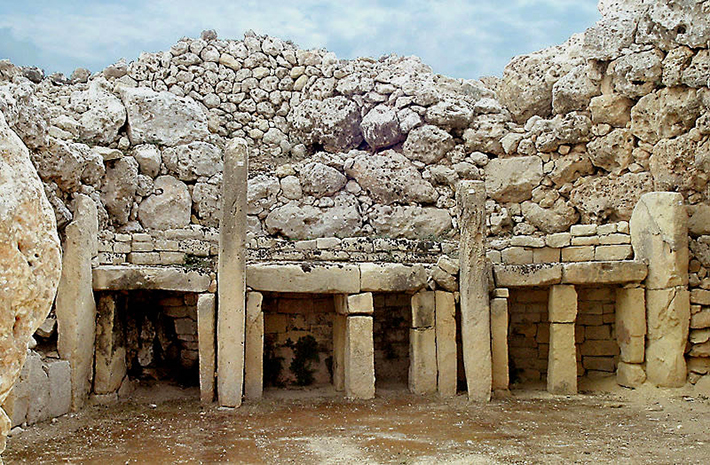 Figurines and statuettes associated with fertility have been discovered as well, leaving experts to believe that Ggantija may have been the site of a fertility cult. The stone temples are the second-oldest religious structures ever found. 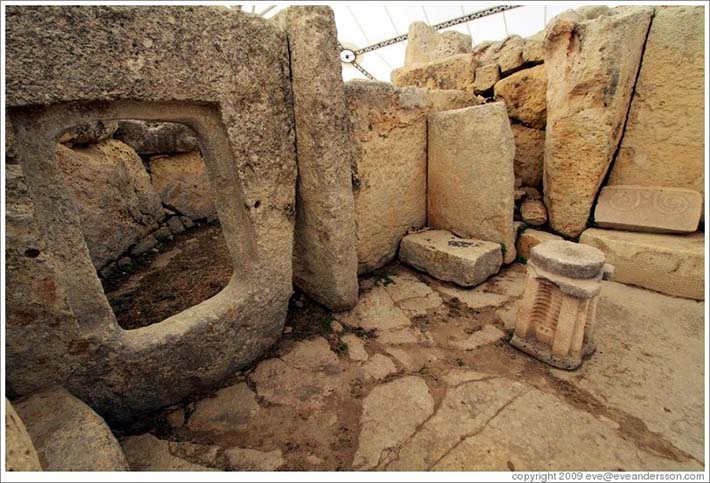 5. Stone Spheres, Costa Rica
Over 200 stone spheres has been found in Costa Rica. The stones range in size, from a few centimeters to more than 2 meters in diameter, and weighing fifteen tons. Exact dating of the stones is impossible but they are believed to have been carved in 1500 and 500 B.C. by a civilization that has long since disappeared. 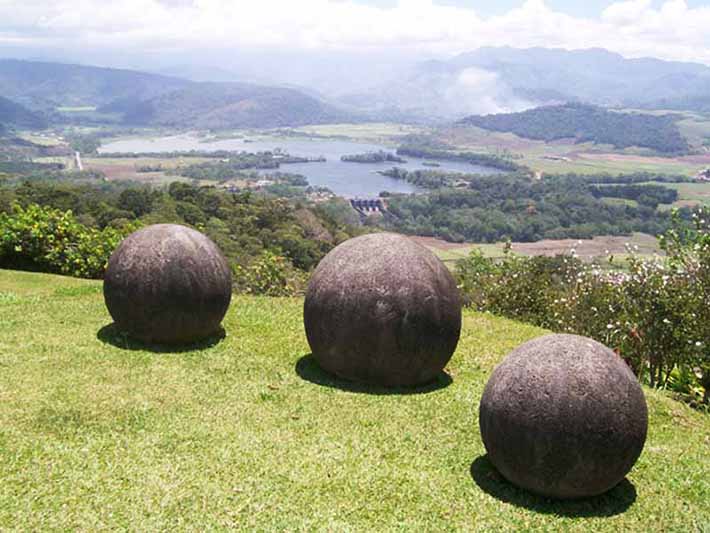 Many myths and legends surround the stone spheres. Some claim that they are the relics of Atlantis while others claim that whoever built the stones had some sort of potion that can soften rock. Although the stones have been damaged over the centuries, many still believe they were originally carved into perfect spheres. The purpose of these stones remain unknown. 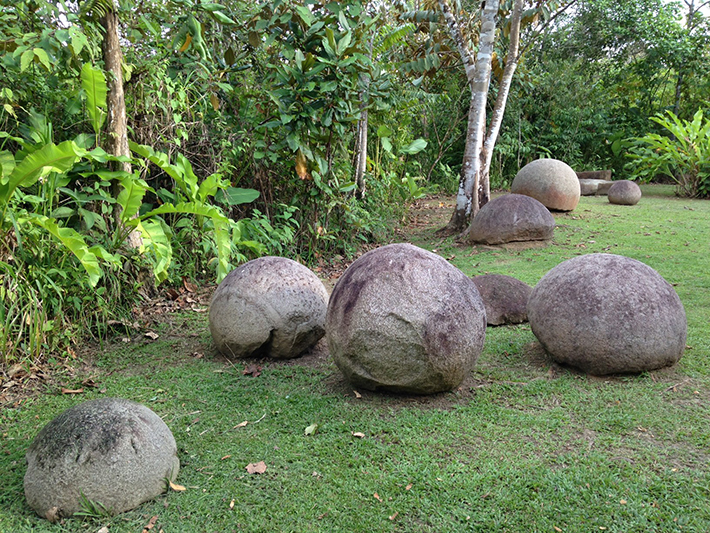 6. The Olmec Heads, Mexico
The Olmec heads of Mexico are a collection of seventeen colossal heads carved entirely from stone. The heads weigh between six and fifty tons and date from 1500 – 1000 B.C. Each of the Olmec heads is carved with a unique headdress. This led some people to believe that they were carved to represent the powerful Olmec rulers. 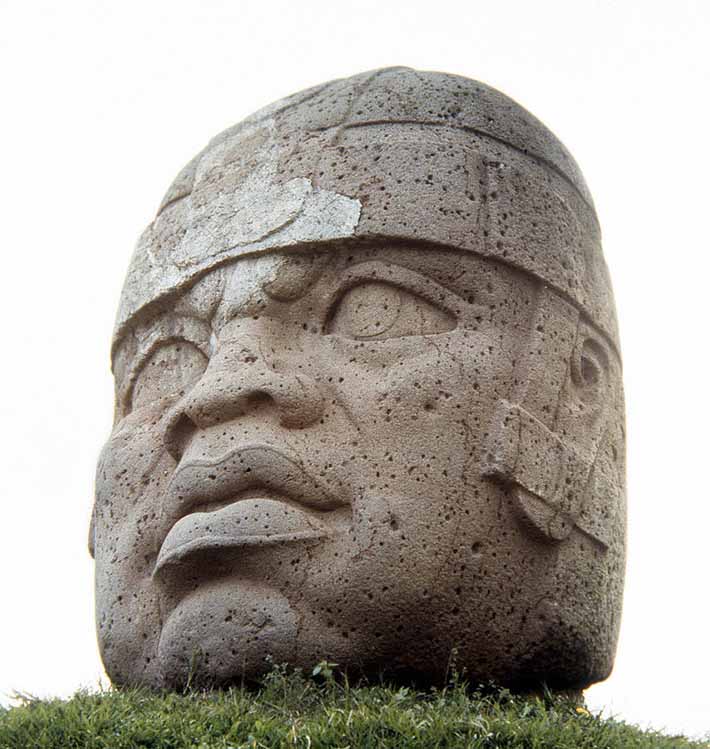 Others claim that the heads’ faces resemble that of an African male, suggesting that this might be evidence of an advanced African civilization visiting the Americas in prehistoric times. 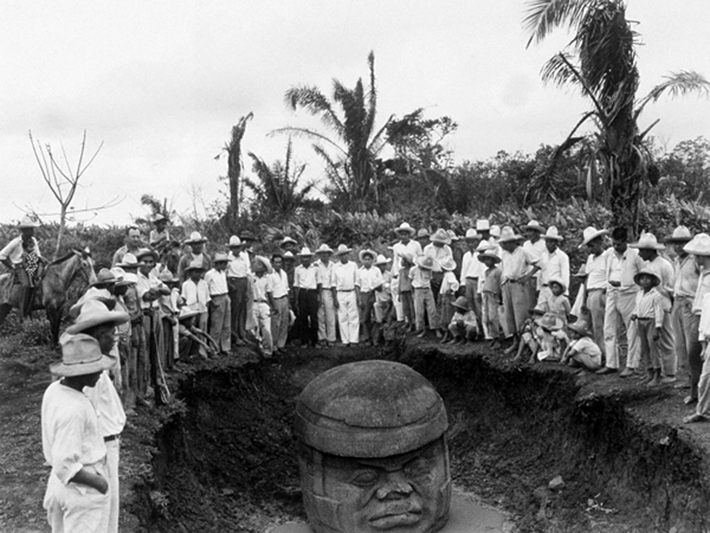 7. Yonaguni Monument, Japan
A group of strange formations was found underwater off the coast of Yonaguni Island, Japan in 1987. The formations feature “flat parallel edges, right angles, sharp edges, pillars, and columns”. These features led many to believe that the site could be man-made. 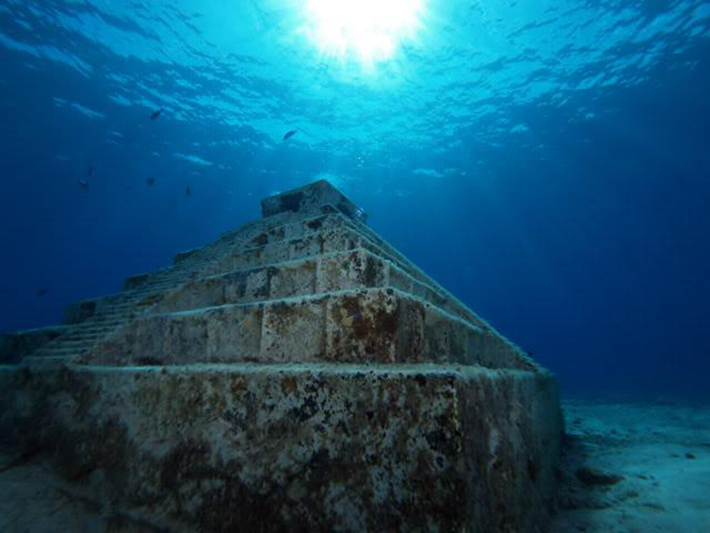 The last time the area where the Yonaguni monument is submerged, would have been dry land, was 8 to 10 thousand years ago, during the most recent ice age. This makes the monument (if it really was constructed by humans) one of the oldest structures on the planet – drastically changing what we think we know of prehistory. 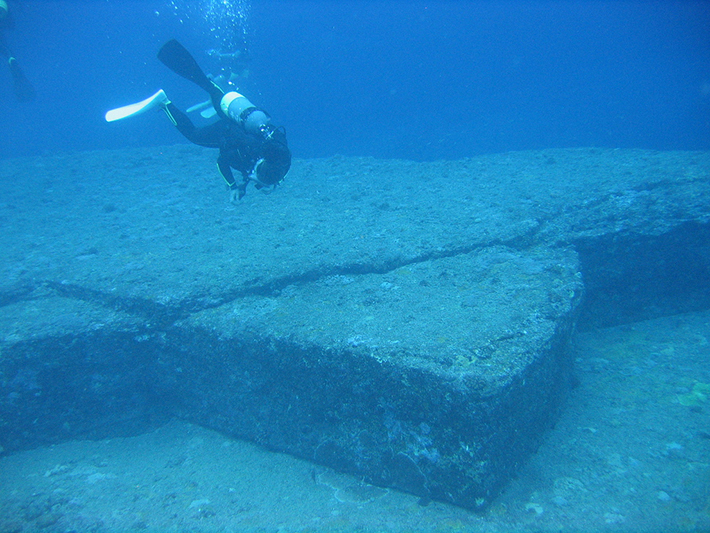 8. Gulf of Cambay, India
Evidence of a sunken city was found off the coast of India, in the Gulf of Cambay in 2001. Using sonar, several man-made structures were identified, including canals and large buildings. Artifacts were also found, including pottery shards and hearth materials that were dredged up from the bottom. 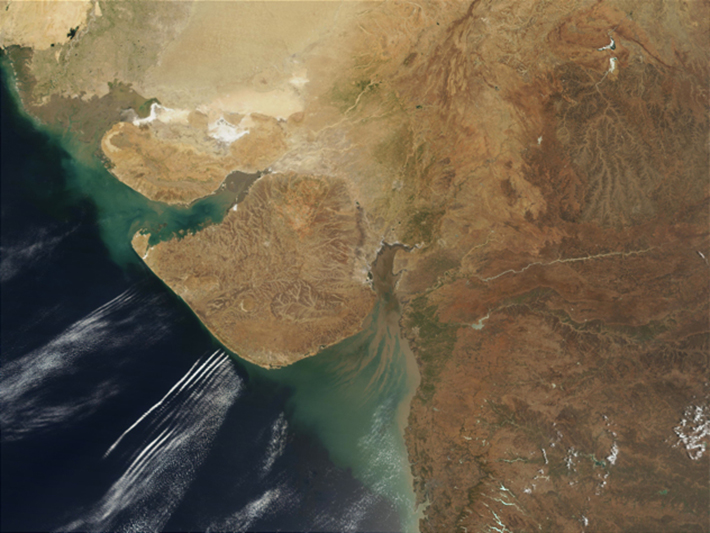 One piece of wood found has been dated from as early as 9500 B.C. If the city really existed back then, it would be thousands of years older than the previous oldest city found in India, and would have existed thousands of years before humans were thought to be building cities of this size. 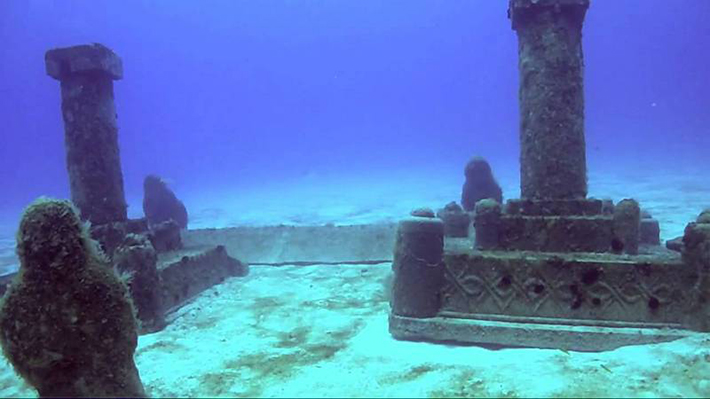 9. Moai, Easter Island
Easter Island is one of the most remote inhabited islands on Earth. Here lies one of the world’s most famous mysteries – the giant stone statues called Moai. It was first thought that the statues were merely heads, but excavation has shown almost all of them to have bodies. There’s a form of hieroglyphic writing on some of the statues but nobody has been able to translate them. 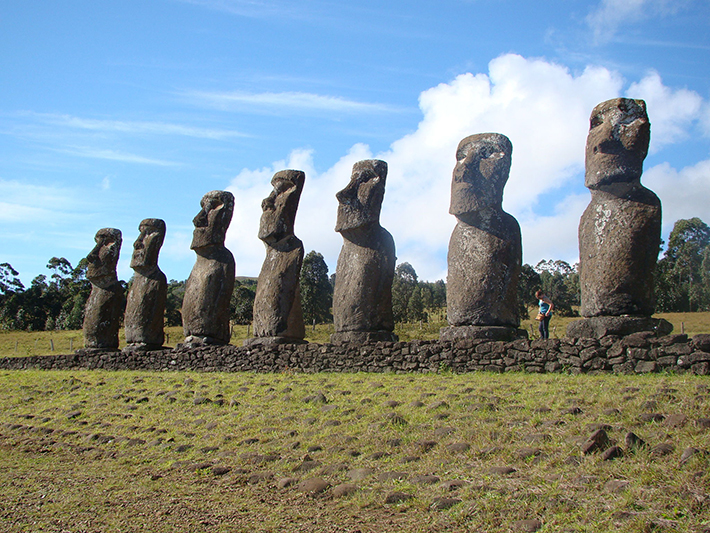 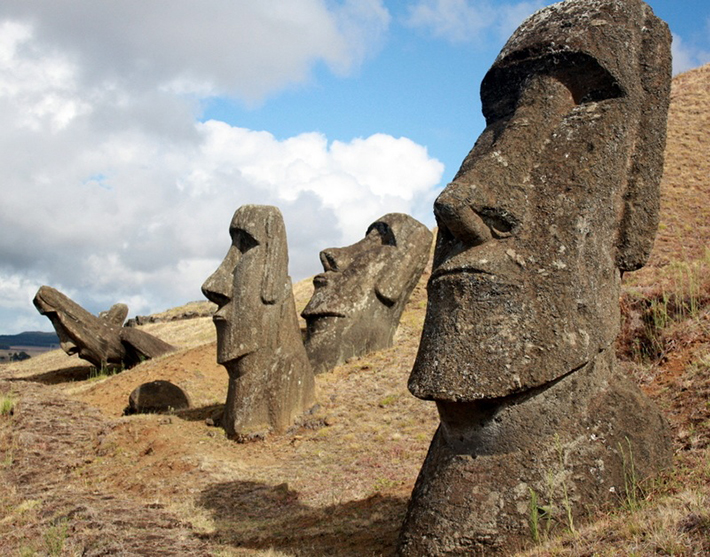 10. Gobekli Tepe, Turkey
Radiocarbon dating puts Gobekli Tepe at between 10,000 and 9000 B.C., making it to be generally considered the oldest religious structure ever found. The ancient site contains stone structures and pillars featuring carvings of various predatory animals. The construction of the stone pillars (some weighing nearly 20 tons) remains a mystery since they were erected at a time when humans were thought to be simple hunter-gatherers. 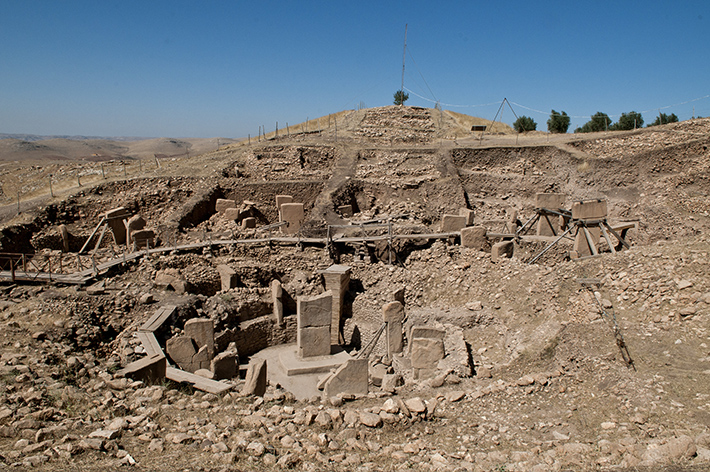 The discovery and ongoing excavation of Gobekli Tepe could eventually change our conception of prehistory forever. Especially when it seems to have been built before the advent of agriculture, religion, written language, the wheel, pottery, the domestication of animals, and the use of anything other than simple stone stools. 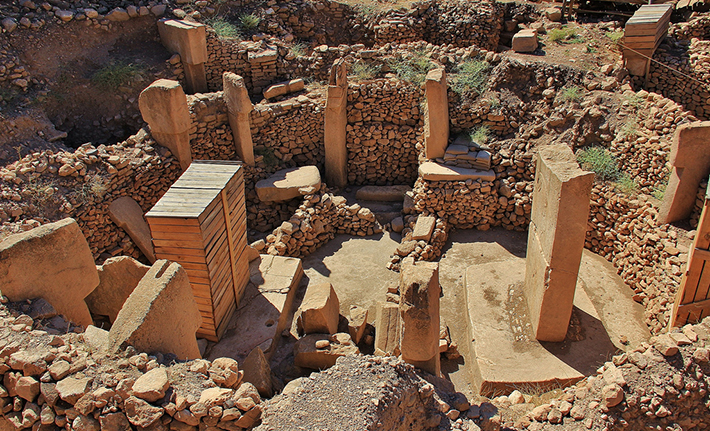