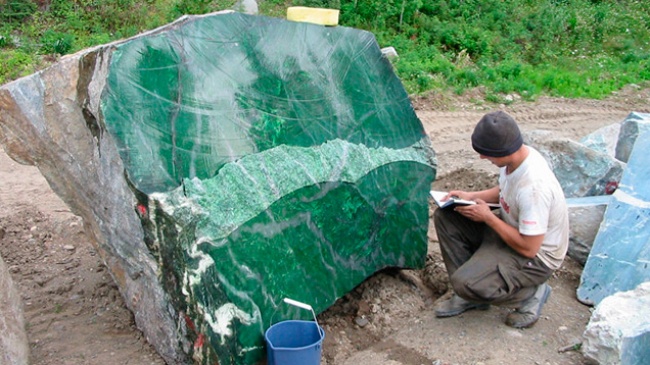 These are top 17 rarest, most expensive materials in the world. A few of these might surprise you. 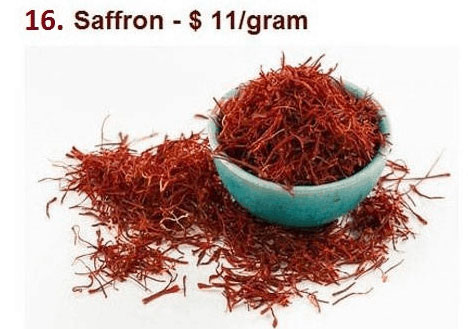 Saffron is a spice derived from the flower of Crocus sativus, commonly known as the “saffron crocus”. Saffron can be used in natural remedies for everything from depression to menstrual cycles. 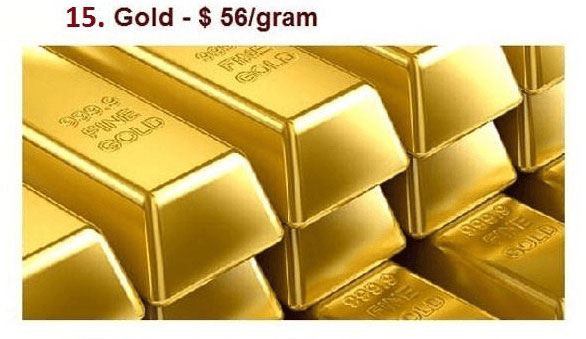 In its purest form, it is a bright, slightly reddish yellow, dense, soft, malleable and ductile metal. In addition to its uses in jewelry, the ancient metal can be used for electrical conductivity and resistance to corrosion. 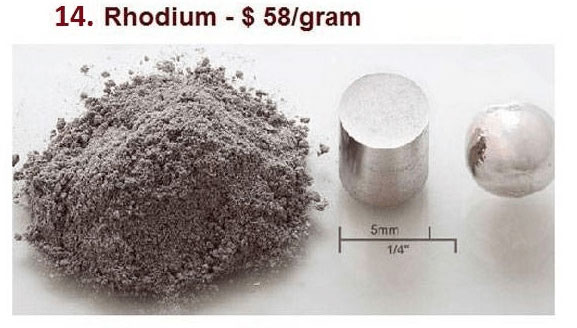 It is a rare, silvery-white, hard, and chemically inert transition metal. It is a member of the platinum group. Rhodium is mostly used in three-way catalytic converters to reduce a car’s carbon emissions.
[wp_ad_camp_1] 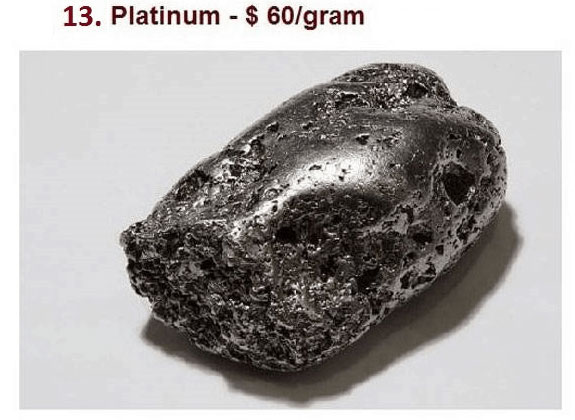 It is a dense, malleable, ductile, highly unreactive, precious, gray-white transition metal. Platinum can be used as a catalyst in scientific experiments, worn as jewelry, and taken in anti-cancer drugs. 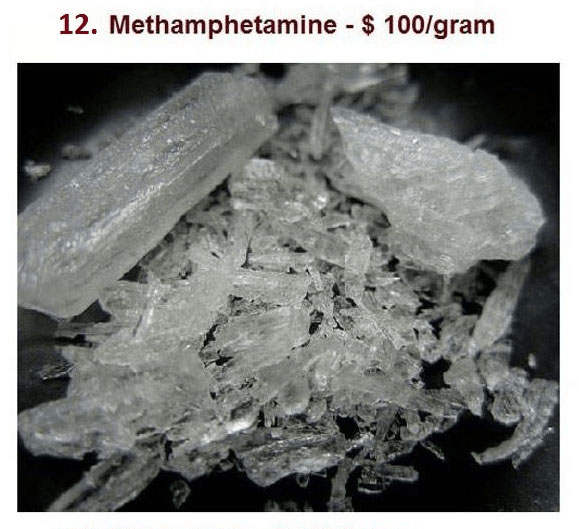 Methamphetamine is an extremely addictive stimulant drug that is chemically similar to amphetamine. It takes the form of a white, odorless, bitter-tasting crystalline powder. The highly addictive drug can produce euphoric effects and is often popular with teenagers. 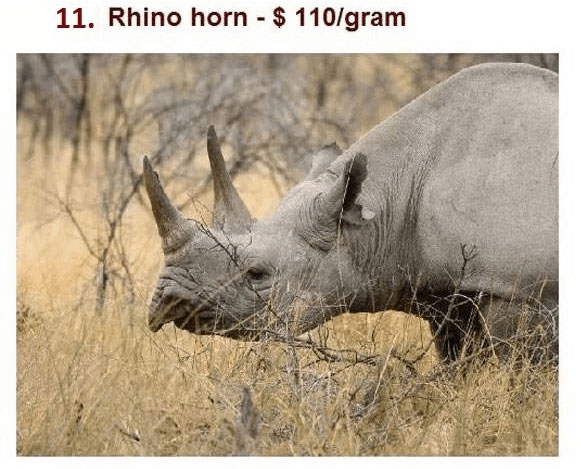 Used for a variety of medicinal purposes, rhino horn is made of keratin, the same type of protein that makes up hair and fingernails. The prized tusk is rumored in Vietnam to cure cancer. Its supposed medical uses also include treating fevers and other ailments. 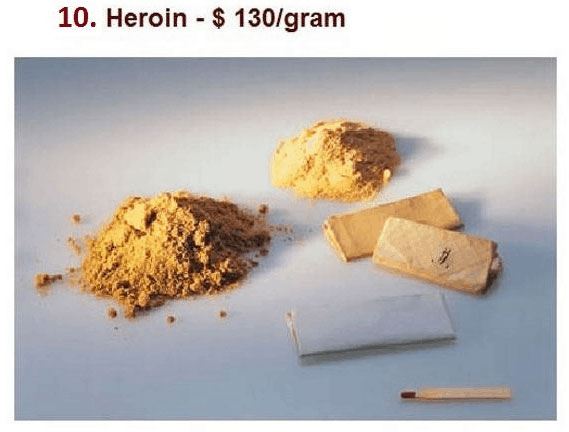 Heroin is an opioid analgesic originally synthesized by C. R. Alder Wright in 1874 by adding two acetyl groups to the molecule morphine, which is found naturally in the opium poppy. Administered intravenously by injection, heroin is two to four times more potent than morphine. The opiate is meant to alter the subconscious. It can also cause convulsions or even comas. 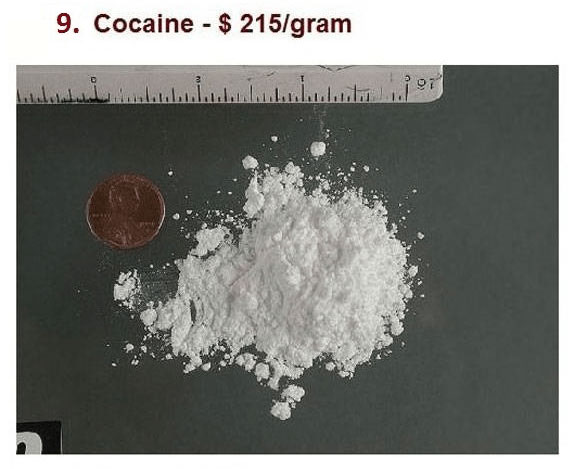 Cocaine is a strong stimulant mostly used as a recreational drug. It is commonly snorted, inhaled, or injected into the veins. 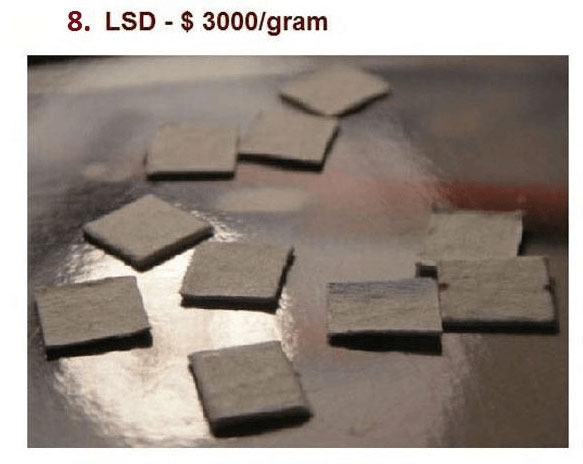 LSD is a psychedelic drug of the ergoline family, well known for its psychological effects – which can include altered thinking processes, closed- and open-eye visuals, synesthesia, an altered sense of time, and spiritual experiences. 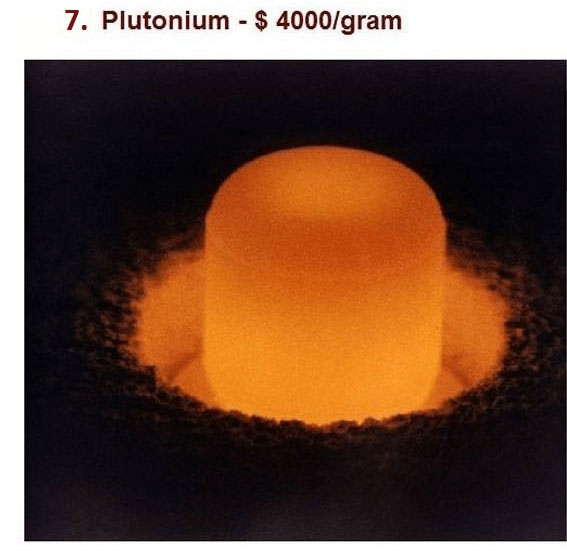 Plutonium is an actinide metal of silvery-gray appearance that tarnishes when exposed to air, and forms a dull coating when oxidised. It makes things nuclear. There are two kinds of plutonium that can be used, for either military purposes or nuclear reactors. 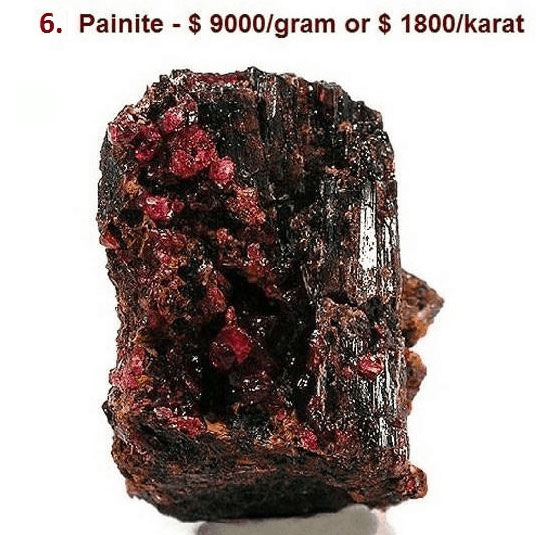 Painite is a very rare borate mineral. It was first found in Myanmar by British mineralogist and gem dealer Arthur C.D. Pain in the 1950s. Thought to be the rarest gem mineral, it can be used in crystal healing or just make a pretty collectible. 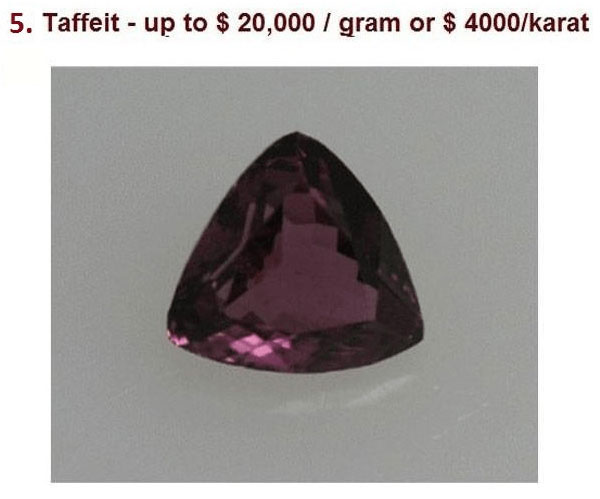 Taaffeite is a mineral, named after its discoverer Richard Taaffe (1898–1967) who found the first sample, a cut and polished gem, in October 1945 in a jeweler’s shop in Dublin, Ireland. The mauve-colored gem is thought to be more than a million times scarcer than diamonds. And while it’s a bit too durable to use often in jewelry, if you’re lucky enough to find one, don’t let your hands off it. 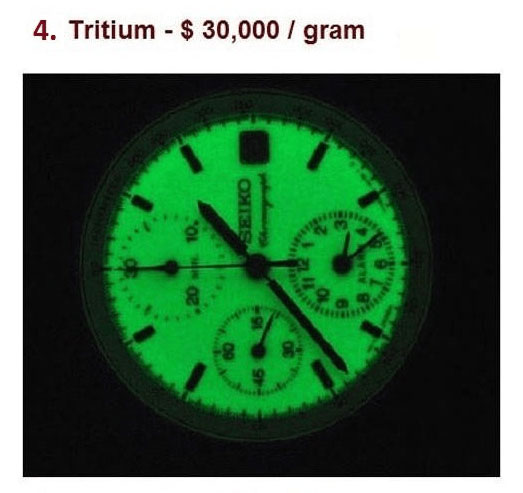 Tritium is a radioactive isotope of hydrogen. Naturally occurring tritium is extremely rare on Earth, where trace amounts are formed by the interaction of the atmosphere with cosmic rays. Tritium is used in self-luminating EXIT signs found in theaters, schools, and office buildings. There are more than two million tritium EXIT signs in the United States. 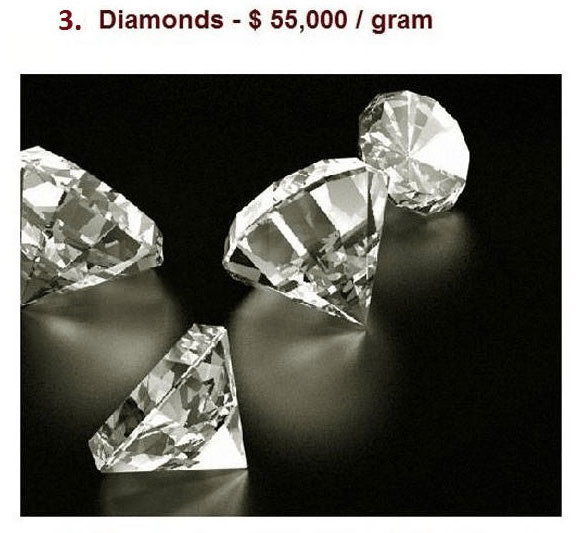 Native crystalline carbon that is the hardest known mineral, that is usually nearly colorless, that when transparent and free from flaws is highly valued as a precious stone. 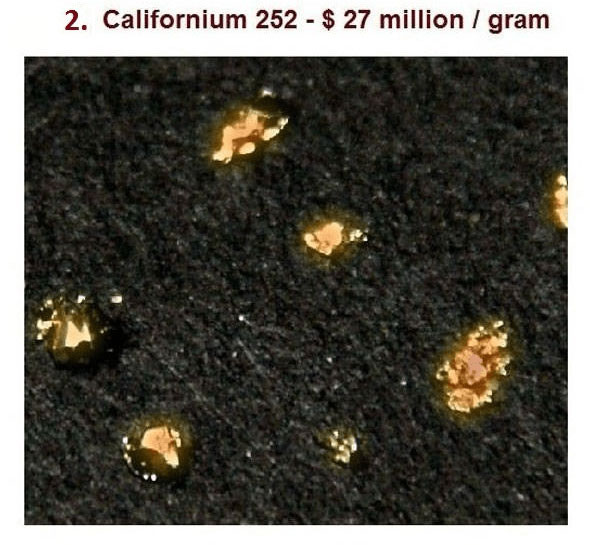 Californium is a radioactive metallic chemical element first made in 1950 at the University of California Radiation Laboratory in Berkeley, by bombarding curium with alpha particles. The Californium isotope is used in devices that find layers of oil and water in oil wells. 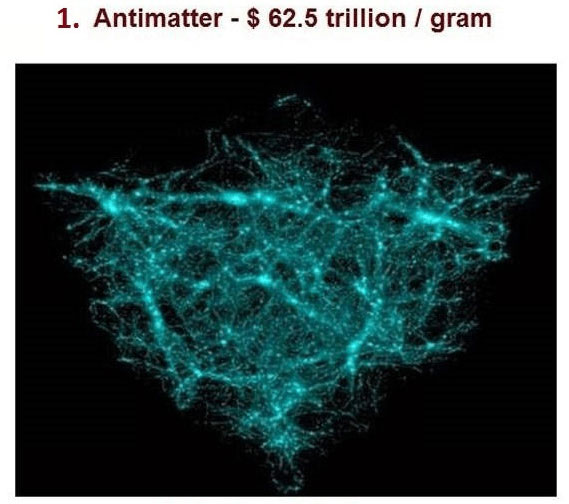 In particle physics, antimatter is material composed of antiparticles, which have the same mass as particles of ordinary matter but opposite charges. Antimatter could possibly fuel spaceships to the planets, and maybe the stars, in the years to come.

Miners in Myanmar have discovered the largest jade stone in the world in a remote area in Kachin State. The stone is 14 feet high and 19 feet long, and weighs approximately 200 tons. This stunning jade boulder will be sent to China, where it will be carved up into expensive jewelry and sculptures.