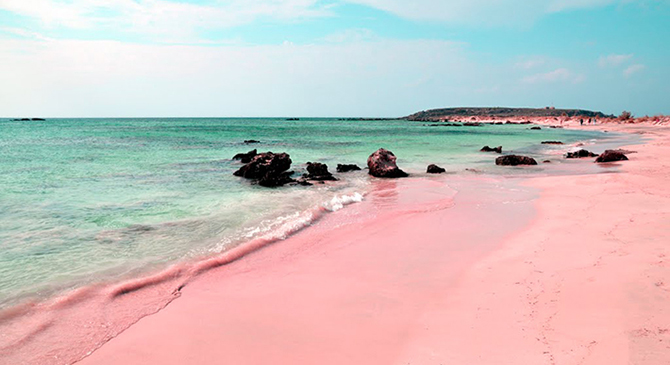 Everyone loves fine white sand. But how about trying something different, quite breathtaking for your next vacation like a red sand beach? Or maybe purple? Green? We’re not kidding. These colorful eye-popping beaches really exist. In fact, here are the 8 most colorful beaches in the world you surely would want to add in your bucket list. See for yourself! 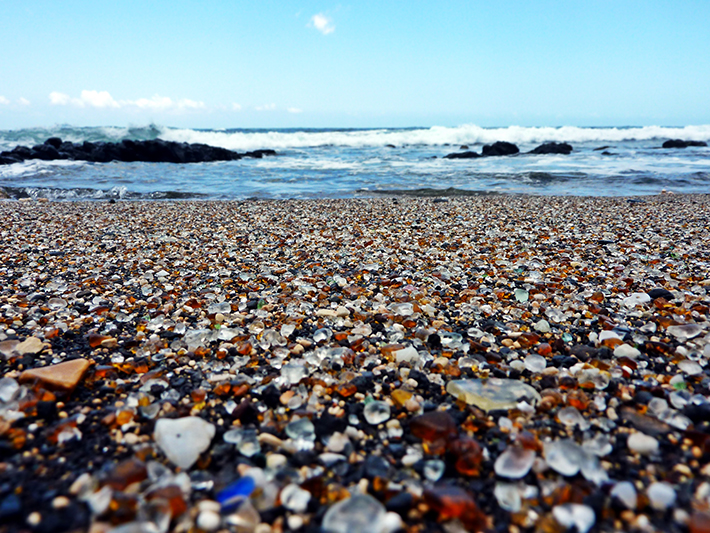 It may look stunning but its existence is due to an industrial garbage dump nearby. The ocean, and Hawaii’s large waves are what transform broken bottles and other bits of trash into beautiful, smooth sea glass. But it takes as long as 30 years for the sea glass to turn into this beauty. 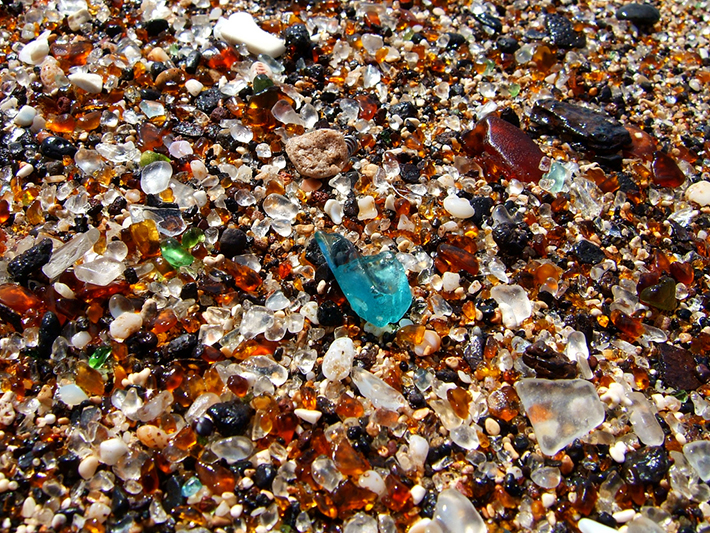 2. Papakolea Green Sand Beach, Big Island, Hawaii
Known for its green sand, Papakolea Beach is an incredible gem along Big Island’s shoreline. The beach’s sand gets its beautiful green color from olivine, a mineral deposited on its shores years ago by a now dormant volcano. 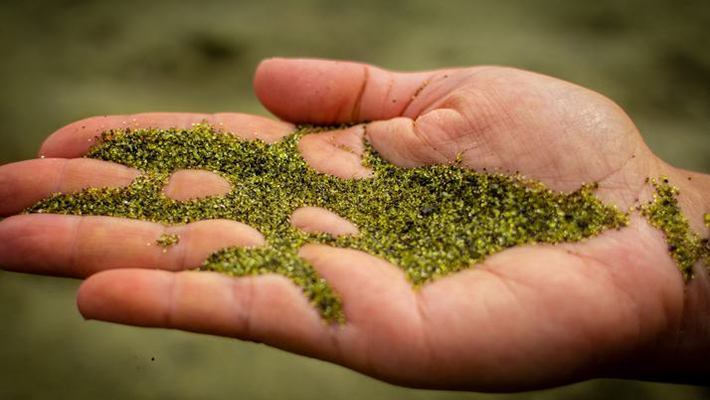 Olivine, sometimes referred to as “Hawaiian Diamond”, is often one of the first crystals to form as lava cools. These crystals are especially dense, which helps them accumulate on the beach without being washed away by the tides. 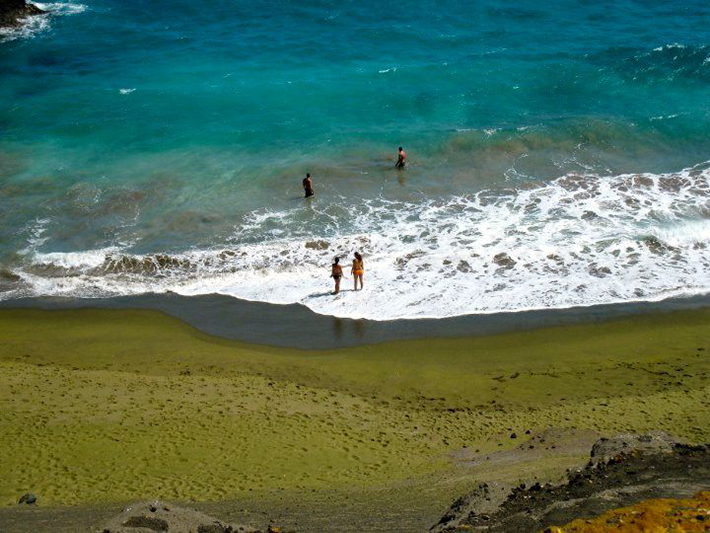 3. Pink Sands Beach, Harbour Island, The Bahamas
This (almost) 3-miles of baby-pink sand beach on Harbour Island in the Bahamas is like something straight out of a Barbie dream world. Its rose-colored hue is from foraminifera, single-celled marine organisms whose red shells mix with the beach’s white sand, creating its beautiful pink color. 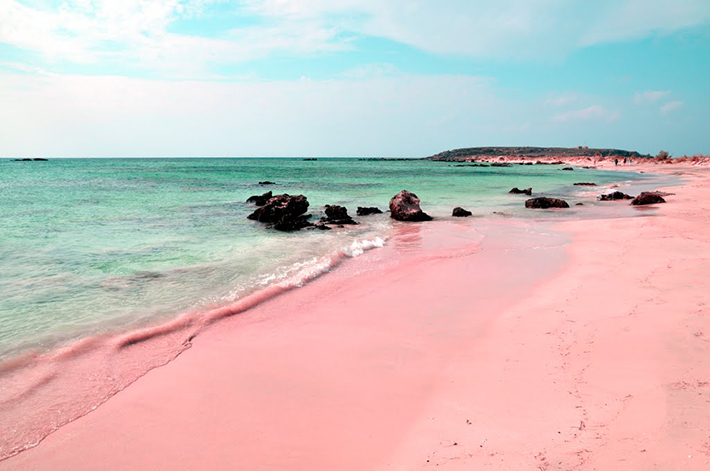 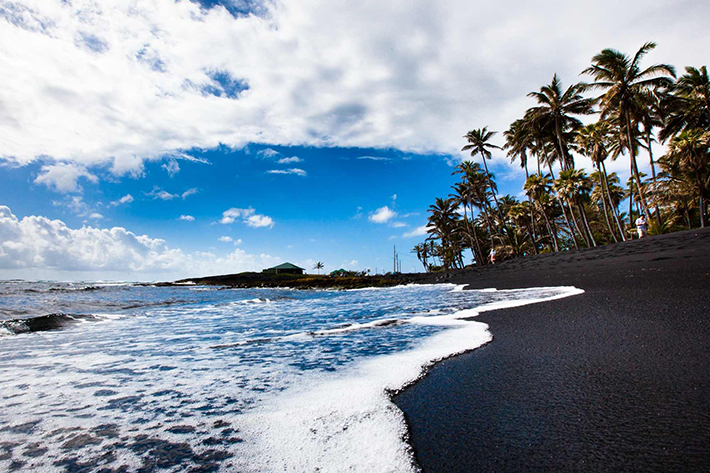 “In the case of Punalu’u Beach, underwater volcanic vents ooze magma, which rapidly cools and explodes when it comes into contact with the much cooler ocean water, creating the shards of basalt that line the beach.” 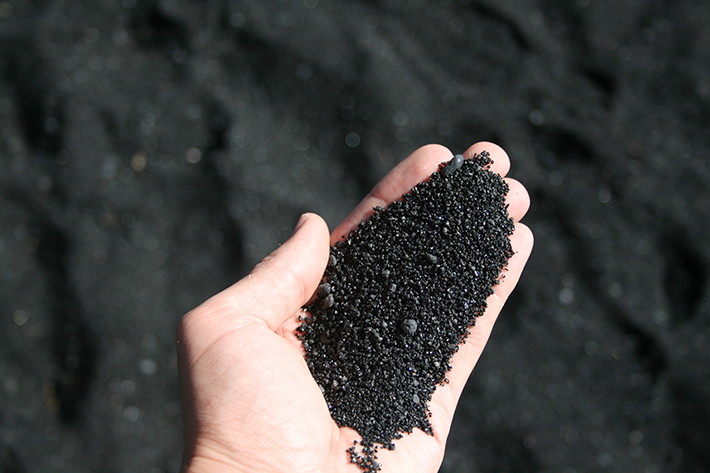 5. Hyams Beach, New South Wales, Australia
The world may be full of gorgeous white sand beaches, but only Hyams Beach in New South Wales is listed in the Guinness Book World of Records as having the whitest beach of all. Its sand is composed of extremely fine quartz particles making it so white that many find it necessary to wear sunnies to protect the eyes from sun reflecting off the sand. 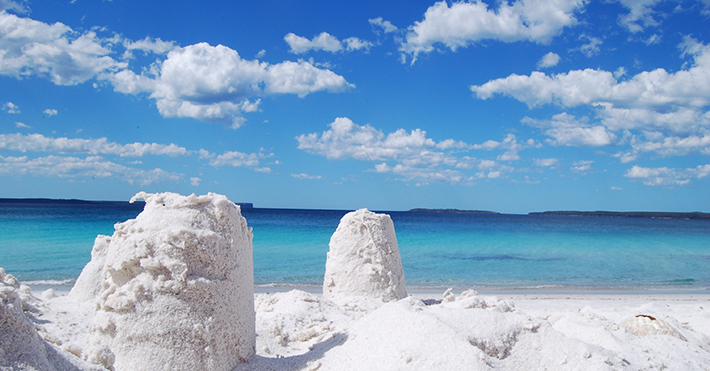 6. Red Sand Beach, Prince Edward Island, Canada
The striking red color of this beach on Prince Edward Island is due to the iron-rich sand that lines the island’s shores. When iron comes into contact with oxygen, it forms iron oxide (better known as rust) giving the sand its bold red shade. The red sand / soil is prevalent across the island because PEI is formed from soft, sedimentary red sandstone. 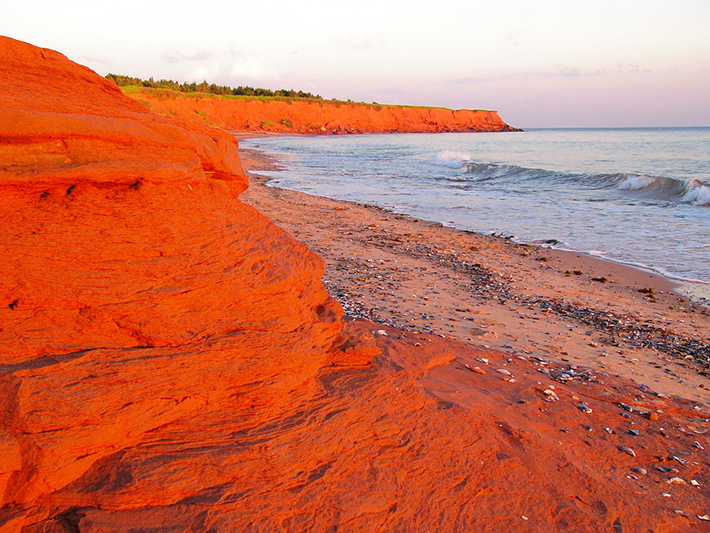 7. Pfeiffer Beach, Big Sur, California
The varying shades of violet sand of Pfeiffer Beach never fails to amaze its visitors. Located along a remote stretch of California’s Big Sur, the beach’s color comes from manganese garnet in the surrounding hills which have been eroded and washed downstream to the beach. 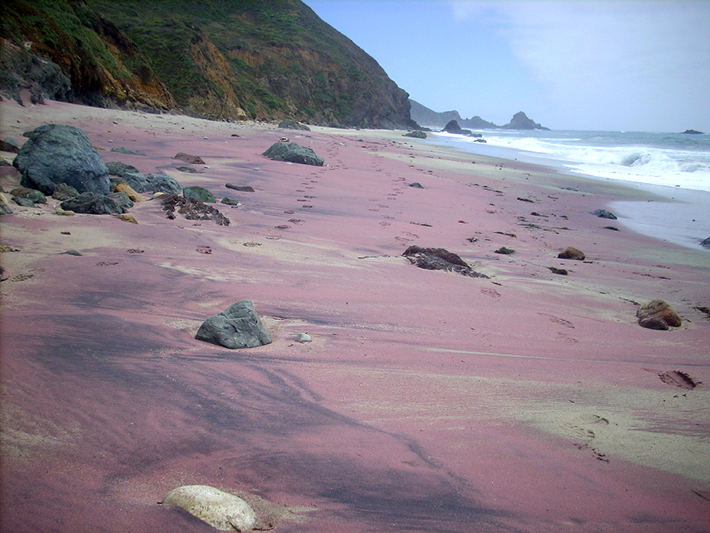 8. Shelter Cove, Humboldt County, California
The Shelter Cove’s gray sand beach isn’t a product of black sand mixing with white sand. The gray-hued sand is a result of centuries of erosion from nearby shale cliffs. 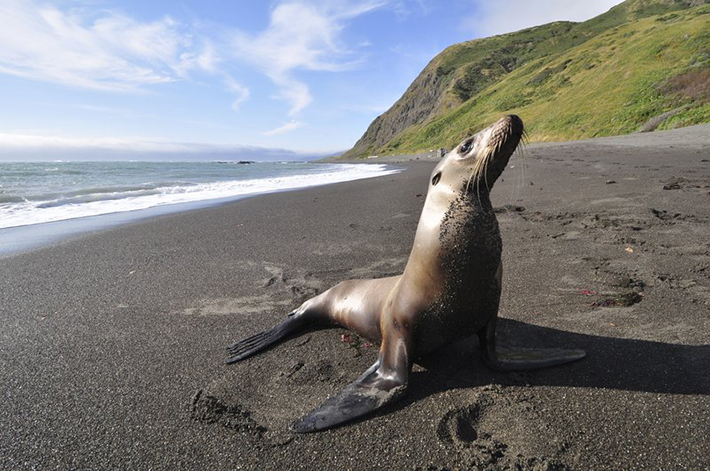