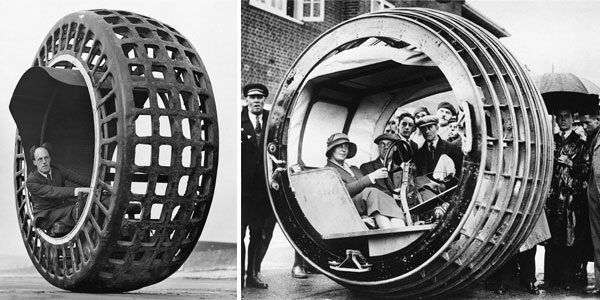 Inventors and innovators in the past believed that a single wheel is all you need for speed and efficiency. So they invented the monowheel that was once considered the most high-tech improvement on bicycles and motorcycles. Many even believed that the bad-ass looking monowheels (pictured below) are the future!

Unfortunately, it didn’t catch on.

But monowheels are still being produced today. In the UK, you will find monowheel enthusiasts. A Monovelo machine was featured in the closing ceremony of the 2008 Beijing Olympics. In the Star Wars Episode III (2005), a monowheel was the transport of choice of coughing cyborg General Grievous. In Men In Black 3 (2012), we saw the intense Will Smith and Josh Brolin chasing villains in monowheels! [Video below.]

J. A. Purves drives a Dynasphere spherical car, an automobile shaped like a giant radial tire. Mr. Purves was the vehicle’s inventor (September 1932) 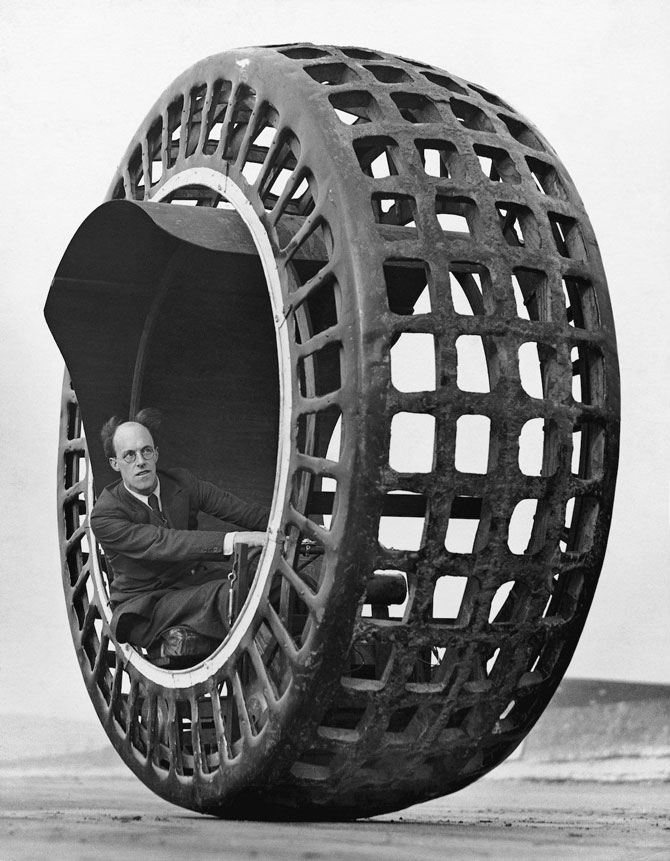 “It possesses so many advantages that we may eventually see gigantic wheels similar to that shown on our cover running along our highways in as large numbers as motor cars do to-day.” — MECCANO MAGAZINE, FEB. 1935 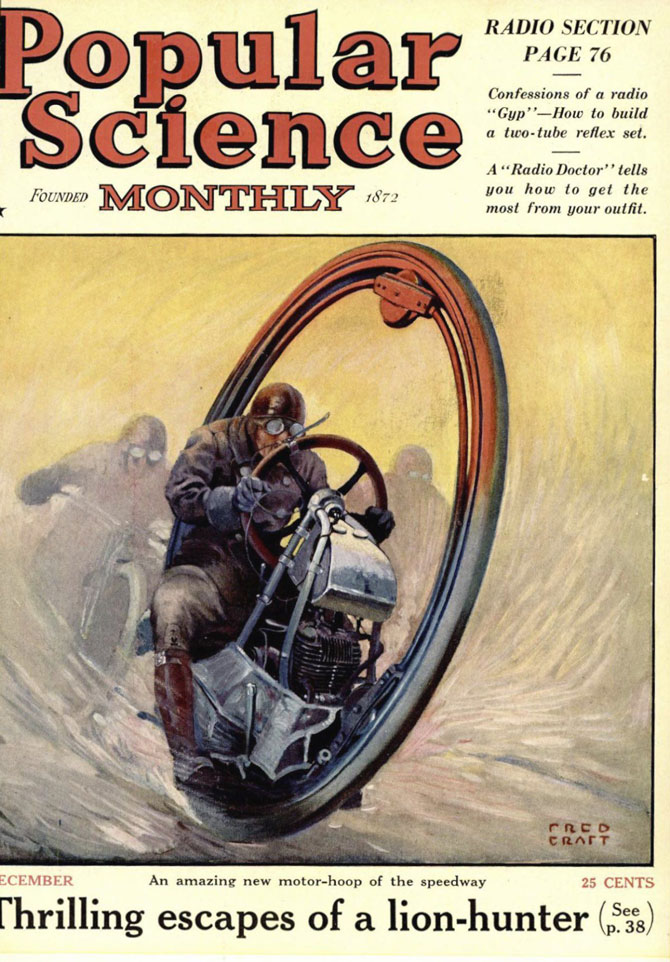 “A 10-foot hoop of iron lattice work chug-chugs along an English highway. Passing motorists slow down, and pause to peer at the apparition. The man inside it is driving as unconcernedly as if he were out for a Sunday airing.” — POPULAR SCIENCE, MAY 1932

Cover of Popular Science Monthly (May 1932) 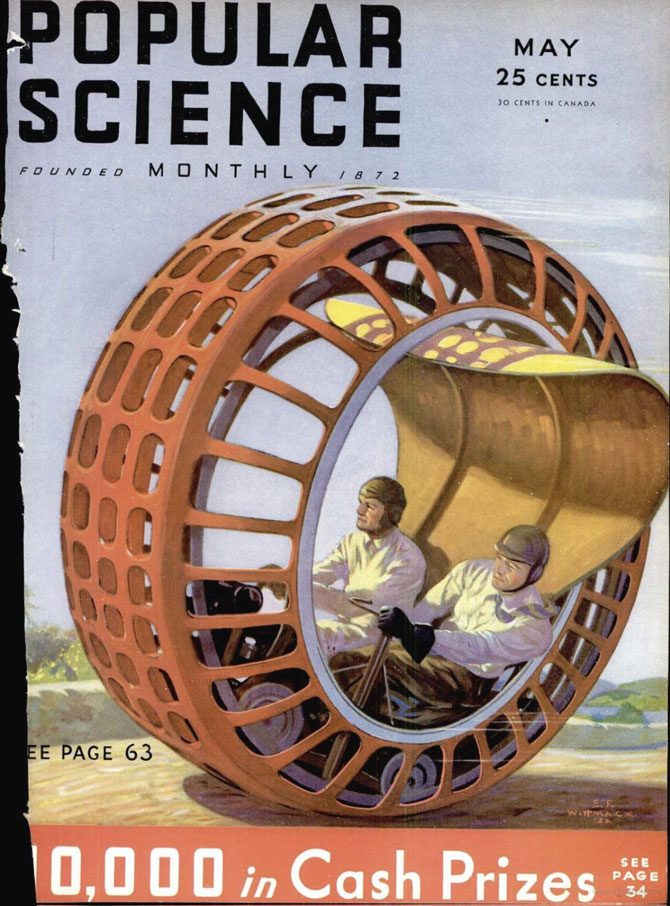 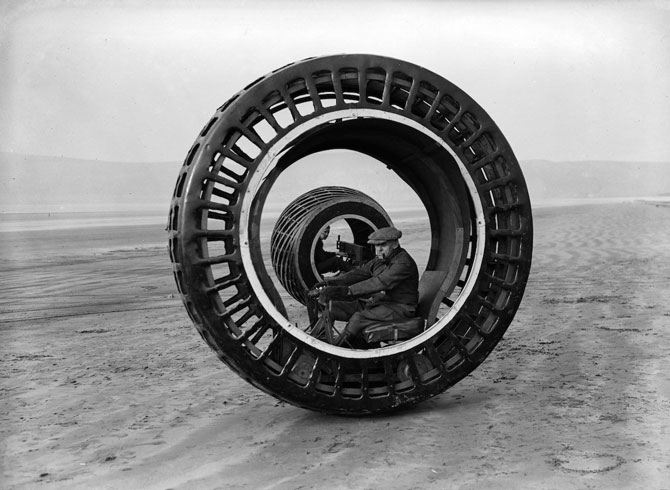 Dynasphere wheels being driven on Beans Sands near Weston-super-Mare, Somerset, England.The petrol driven model is on the right and the smaller, electric model is on the left. The inventor Dr J. A. Purves of Taunton hoped to revolutionize modern transport with them (February 1932) 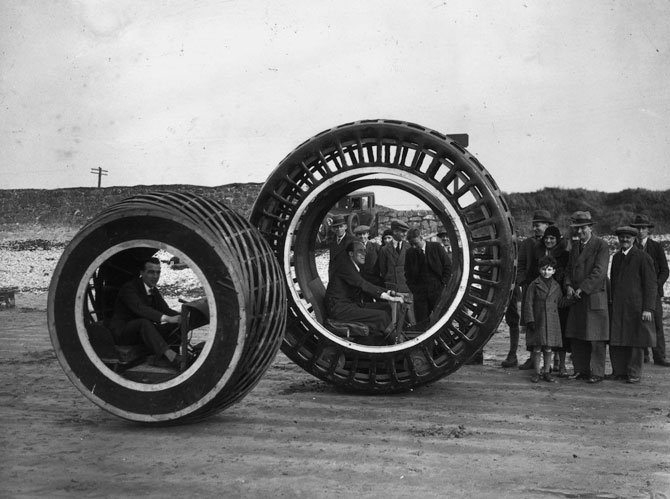 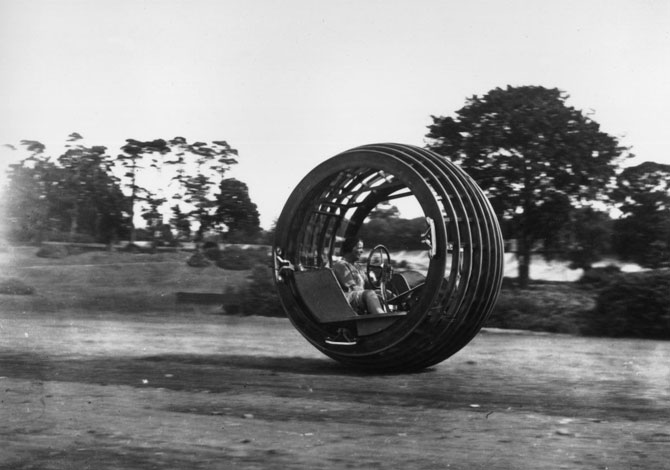 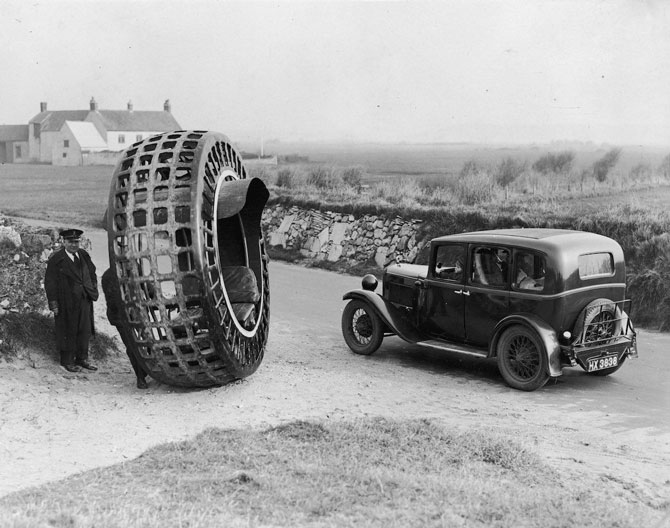 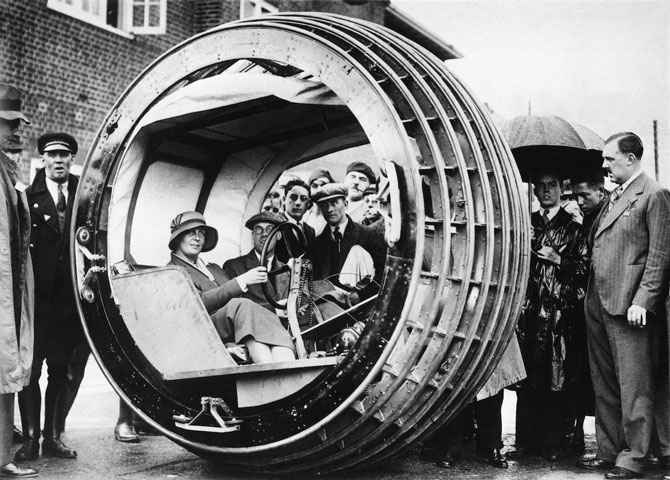 Swiss engineer M Gerder at Arles, France, on his way to Spain in his “Motorwheel,” a motorcycle with a wheel which runs on a rail placed inside a solid rubber tire (Sept. 1, 1931) 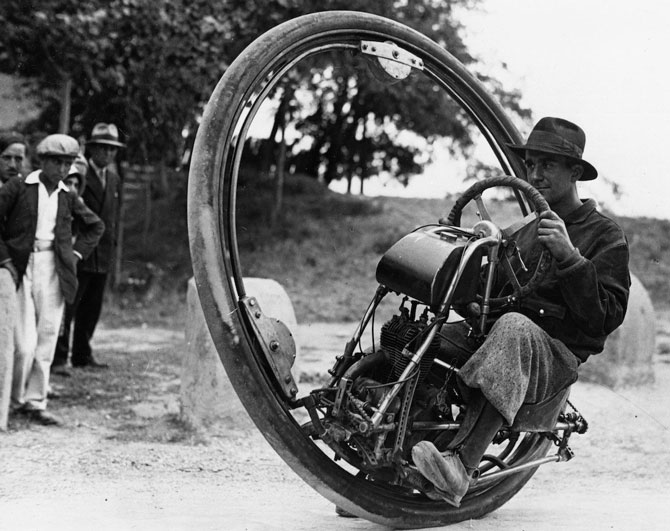 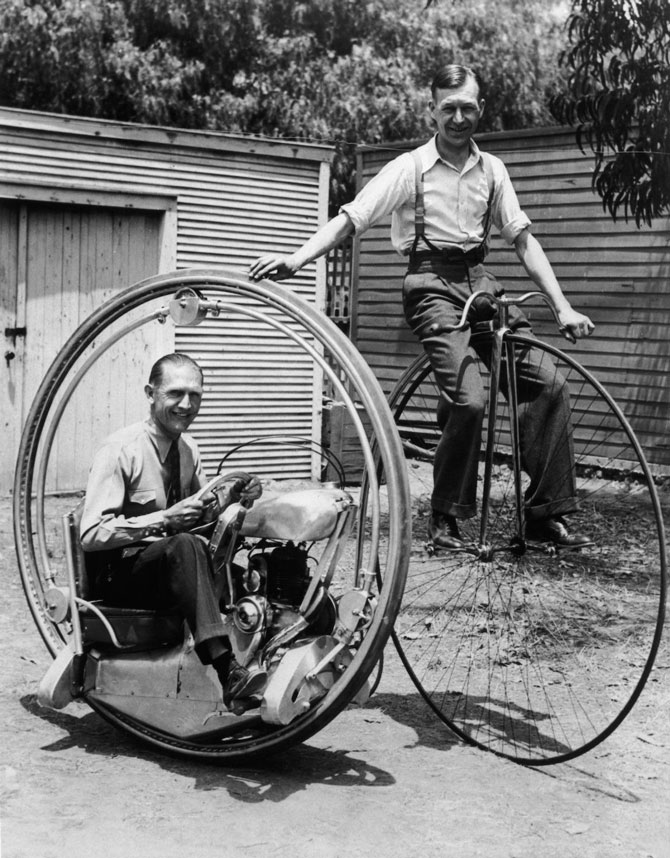 “As a lad I lived in Weston-super-Mare. One day in the 1930s I went to the beach and saw a man trying to drive a huge wheel across the sands. It wasn’t very successful and wobbled about… I have always wondered what it was or whether I imagined it.” — WESTON RESIDENT VIA BBC 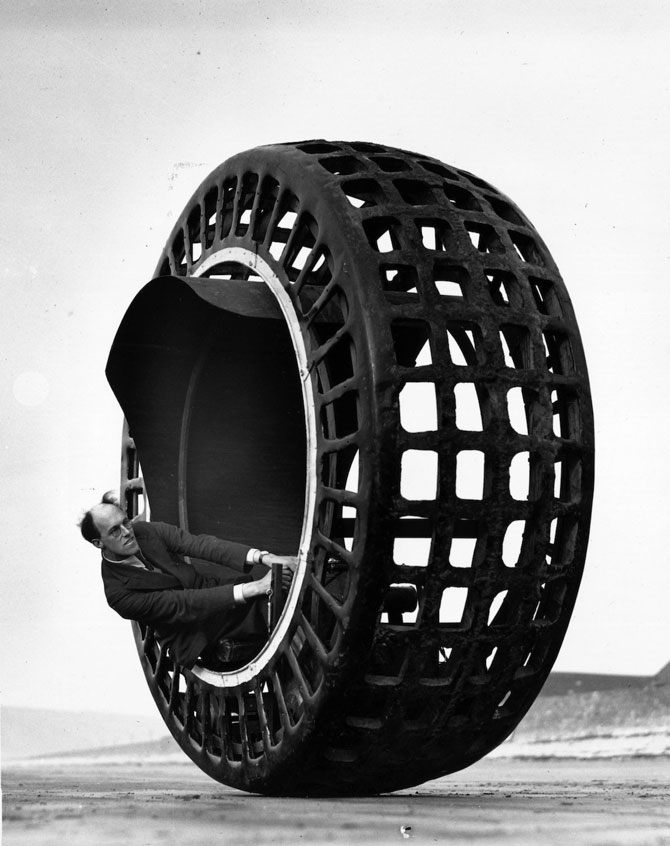