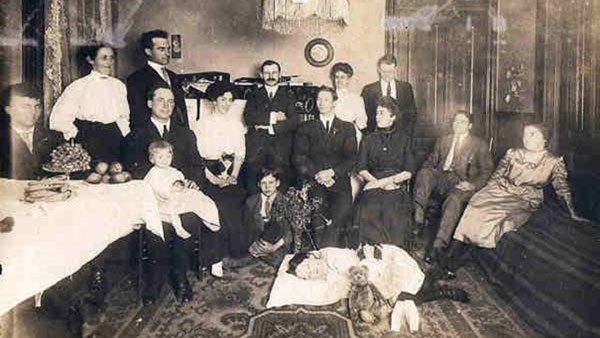 Back when photography was a starting art form, it was expensive and laborious that it was (often) only in death when a person gets photographed.

These post-mortem photos or memento mori, which is Latin for “remember that you will die,” serves as treasured keepsakes, a valuable remembrance of a deceased loved one.

In most of the photos, the deceased is made to pose as if alive, sometimes surrounded by their family, held by their spouses or parents, and photographed with flowers. 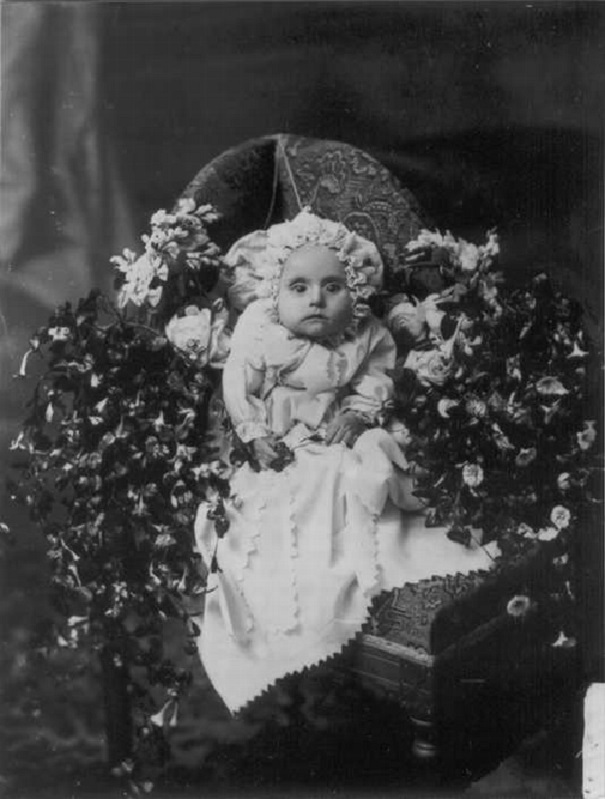 2. Four women mourns the death of their dog. 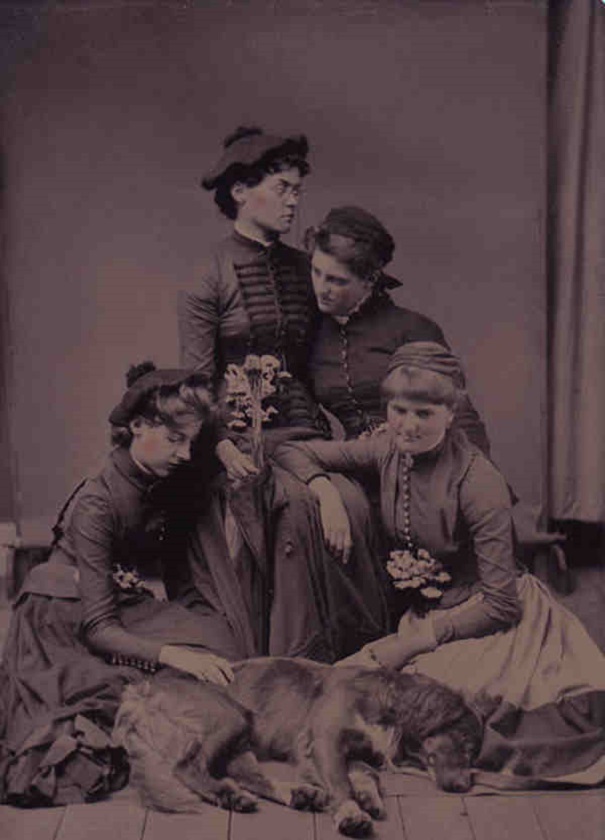 3. A husband lies beside his dead wife for her post-mortem photo. 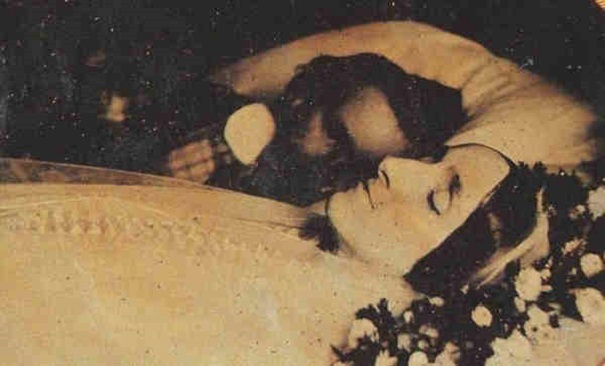 4. This deceased young woman is believed to be an army hospital nurse. The revenue stamp dates this photo to 1864. 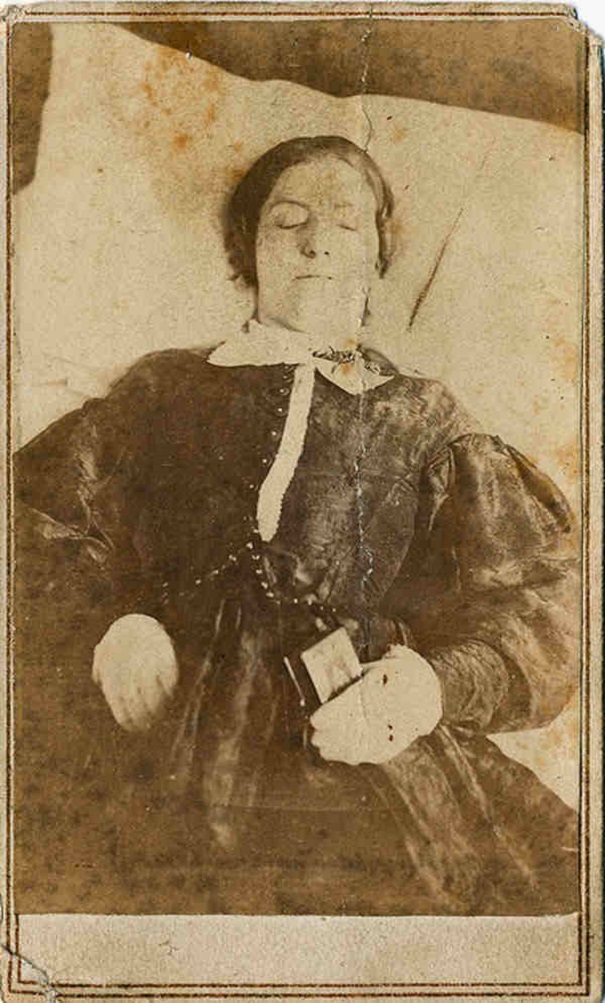 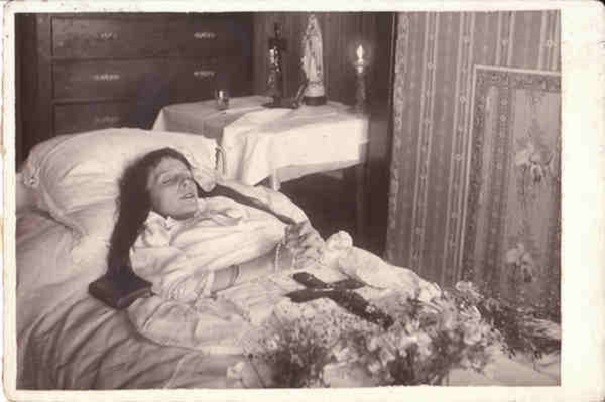 6. This postcard shows a dead nun in Palermo, Sicily. 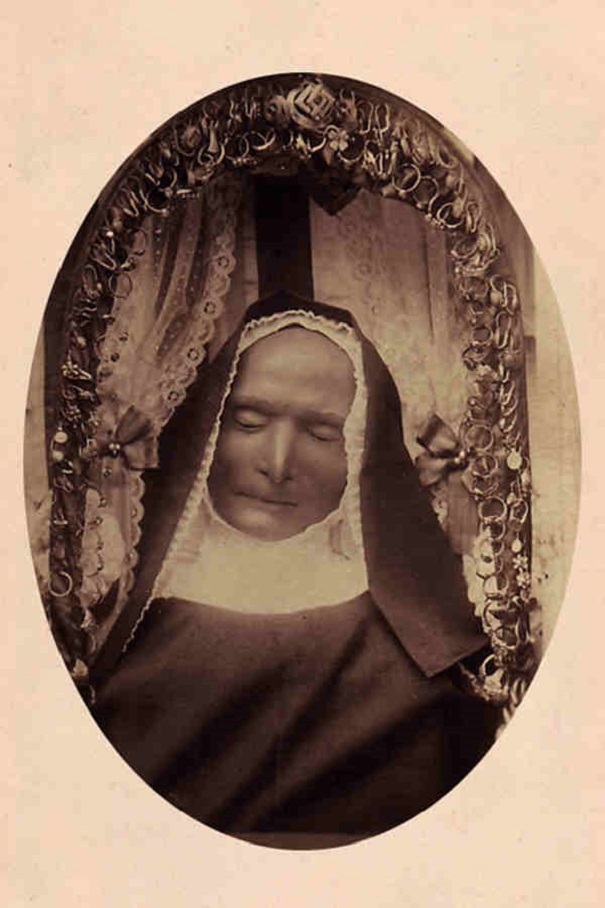 7. A post-mortem photo of William T. Anderson, he fought for the Confederacy during the Civil War. 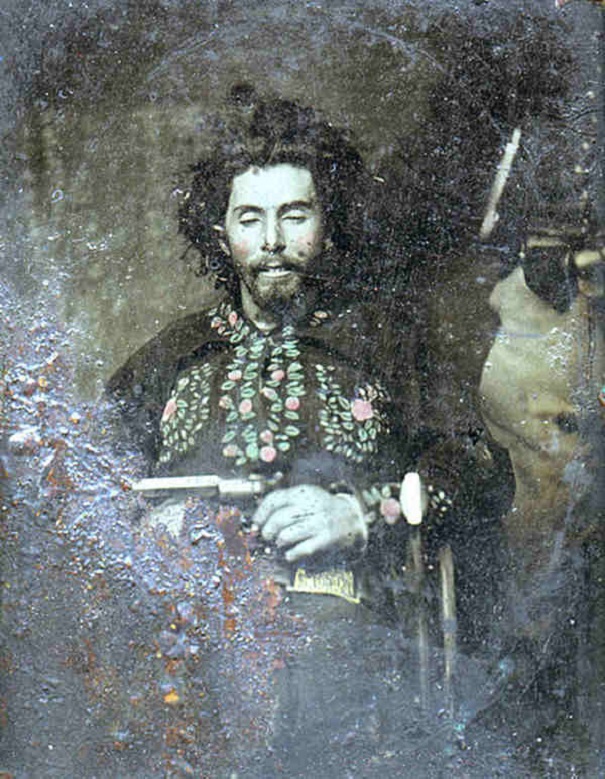 8. Parents with their dead daughter. 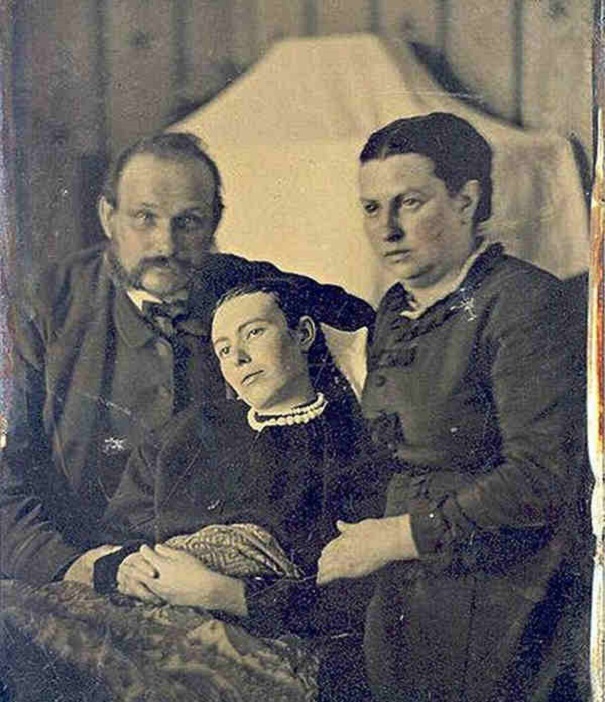 9. This photo of a deceased baby is hauntingly artistic. 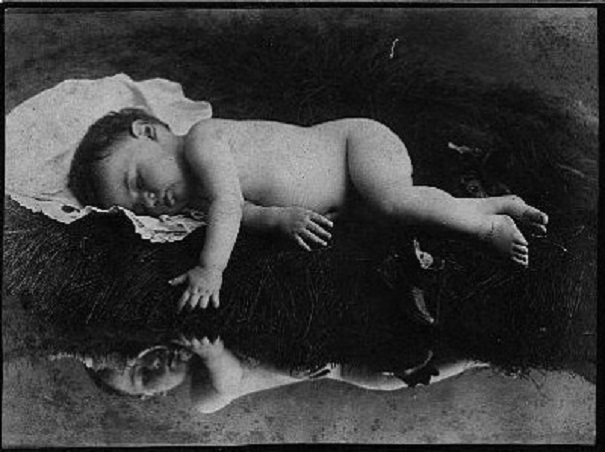 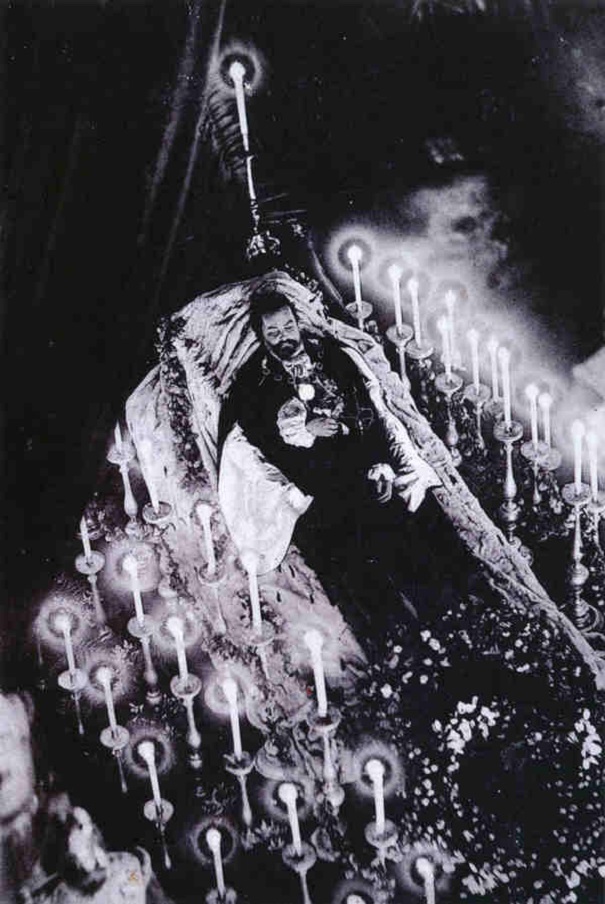 11. A post-mortem picture of a dead woman held lovingly by her husband. 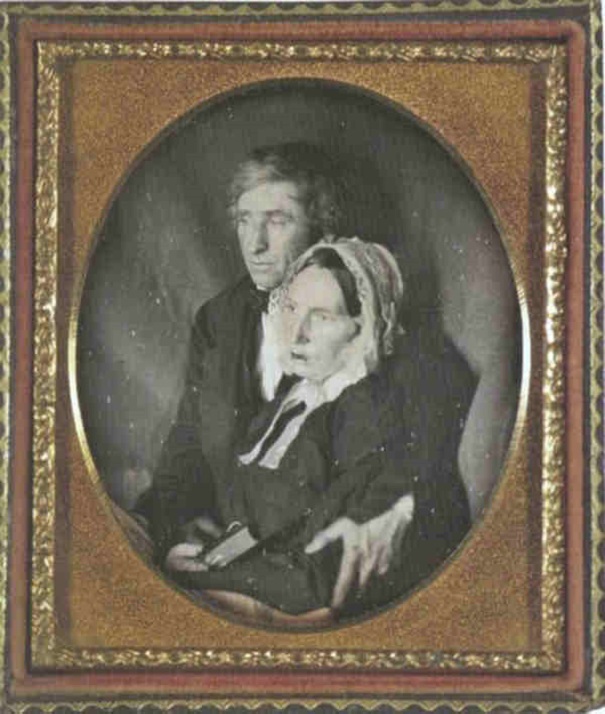 12. A dead child surrounded by her loved ones. 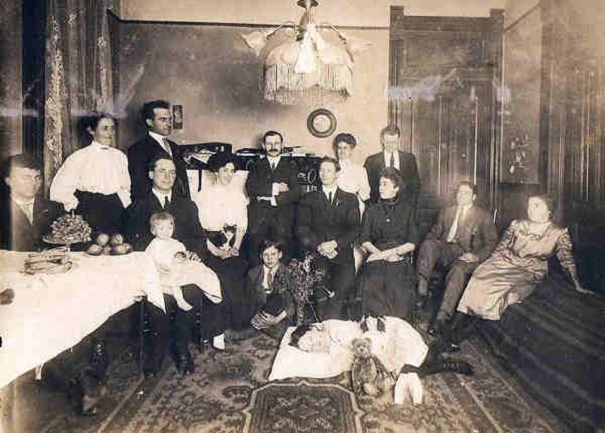 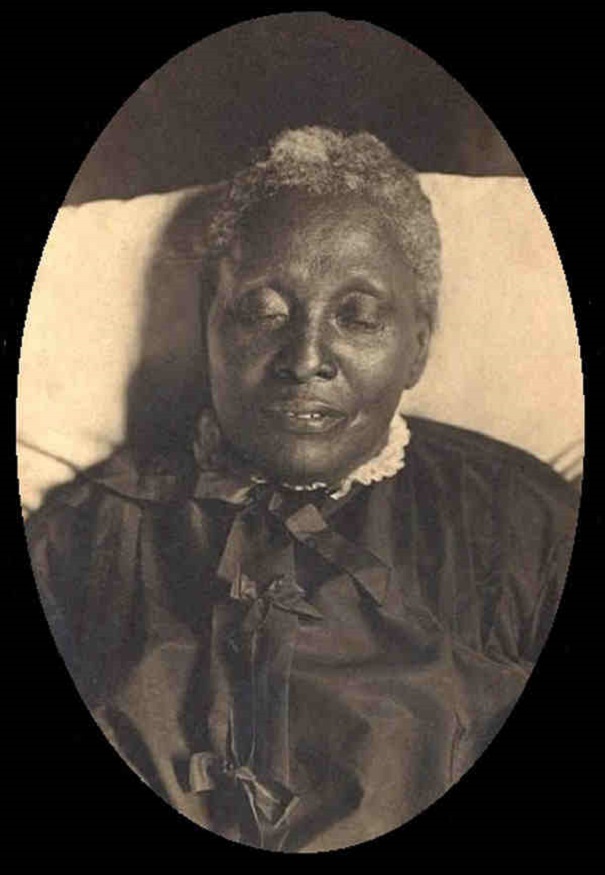 14. A mother covers her face while holding her dead baby. 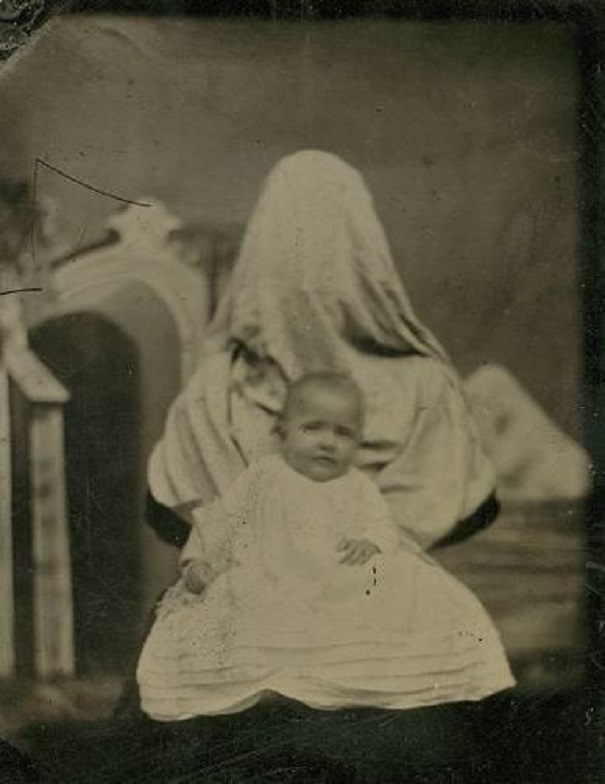 15. The circumstances of Edgar Allan Poe’s death remains a mystery to this day. Here’s his post-mortem photo. 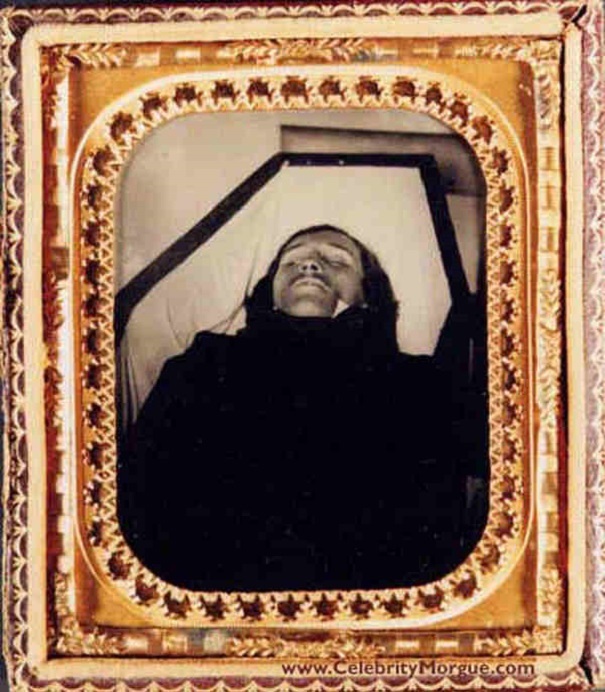 16. With their deceased sibling. 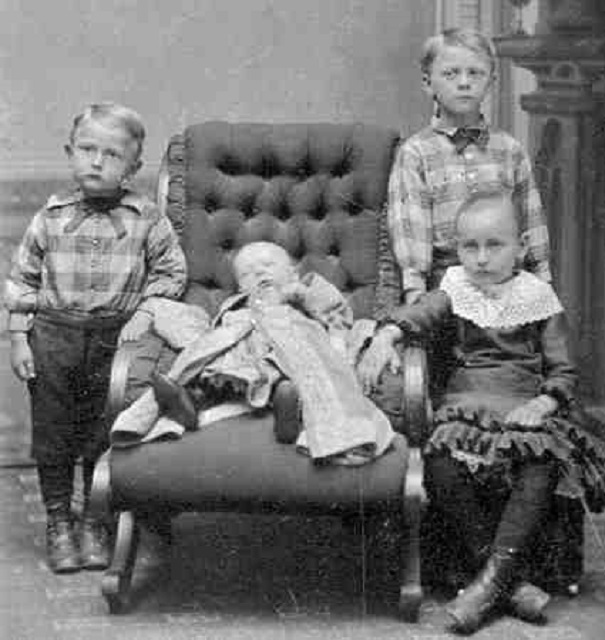 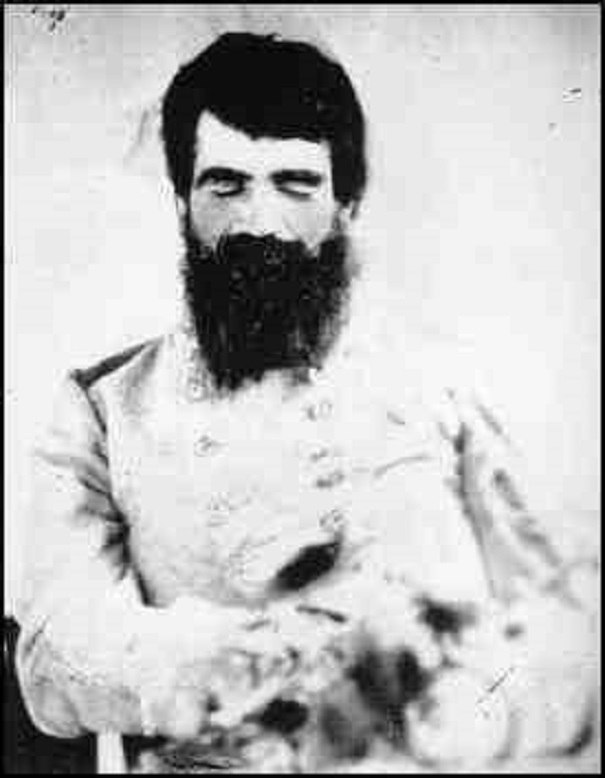 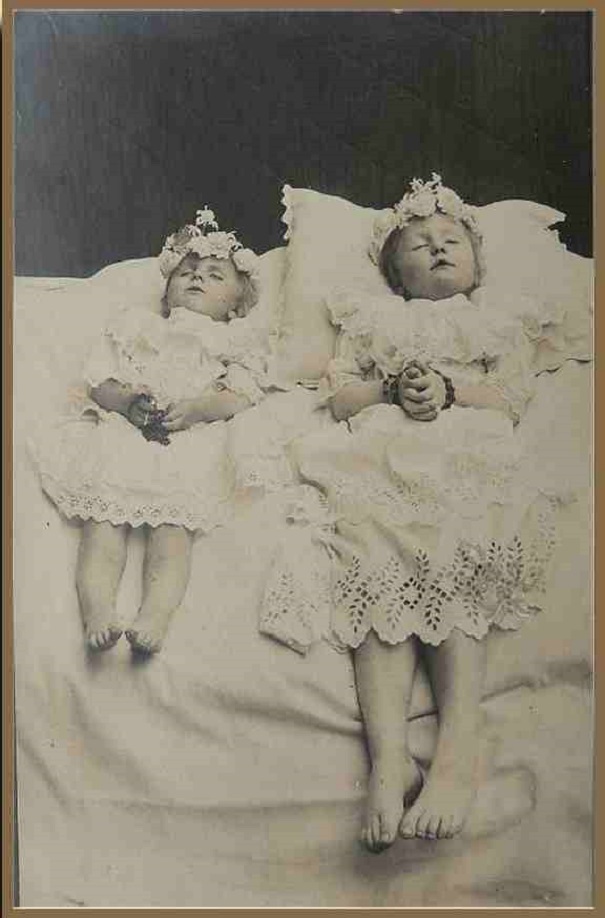 19. A rather odd post-mortem pose. 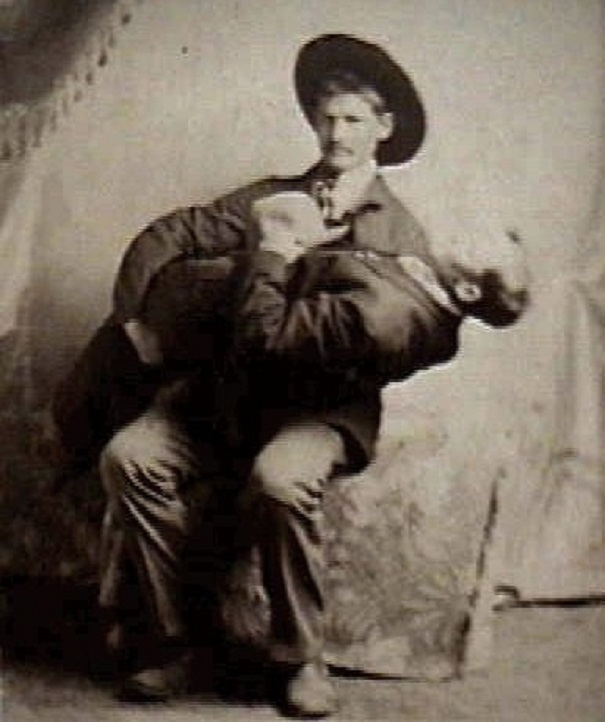 20. Memento mori picture of a little girl held in a standing position. The photo is a cabinet card from Villisca, Iowa taken in 1890. 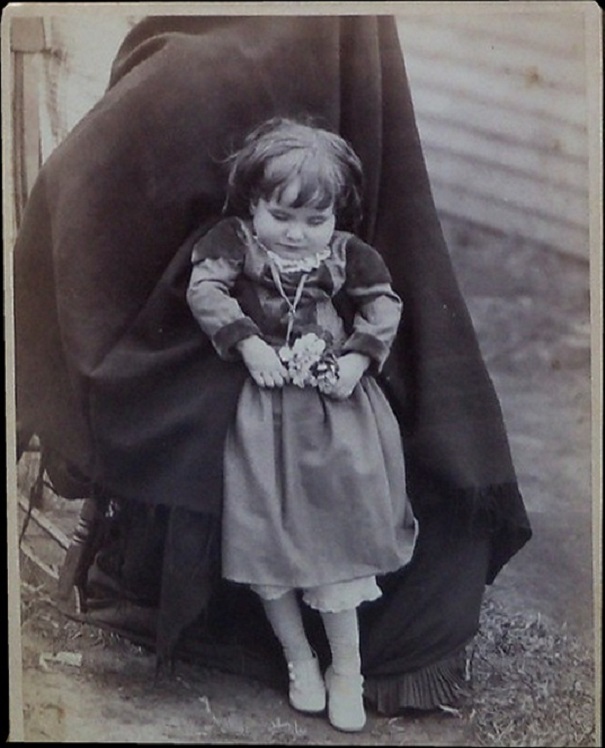