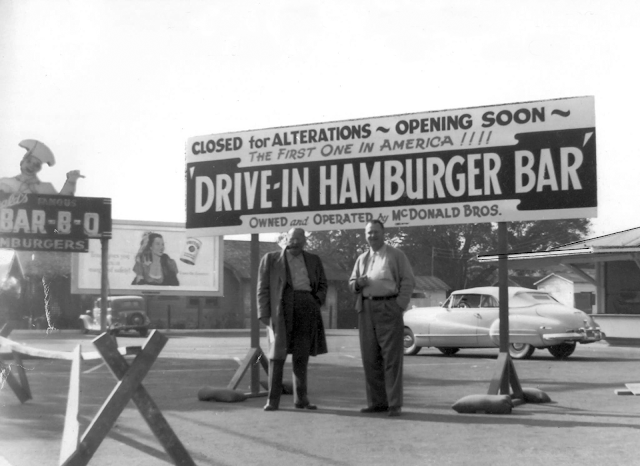 Innovation has been one of the major factors that has helped major businesses in history like McDonald’s stay ahead of the competition.

McDonald’s drive-thru, for example, was the result of a problem they faced serving soldiers near a military base in Arizona. Soldiers in the area were not permitted to get out of their cars while wearing their fatigues. So they came up with the idea of a Drive-thru that became an instant hit across the U.S.

In 1937, Patrick McDonald opened a food stand he called The Airdrome. Hamburgers were ten cents.

In 1940, Patrick’s two sons, Maurice and Richard (Mac and Dick), moved the entire business to San Bernardino, California. The restaurant was renamed “McDonald’s Bar-B-Q” and served 25 barbecued items on their menu.

The McDonald brothers realized in October 1948 that most of their profits came from selling hamburgers. So they closed down their drive-in to build a new system with a simple menu of hamburgers, cheeseburgers, french fries, shakes, soft drinks, and apple pie.

The drive-in was eliminated to make a self-serve way of dining. Mac and Dick McDonald set up their kitchen like an assembly line to make sure they were at maximum efficiency.

The restaurant’s name was again changed. They simplified it to “McDonald’s”, which they reopened on December 12, 1948. 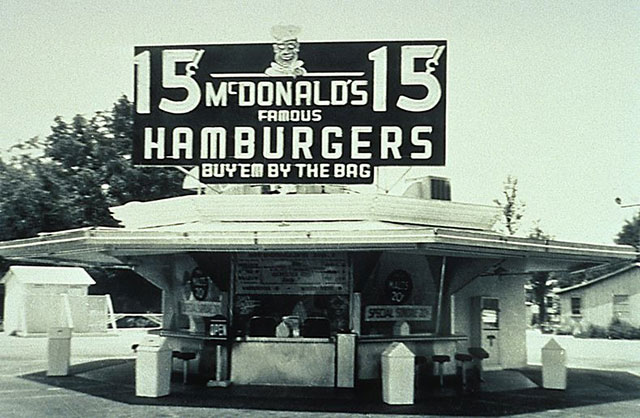