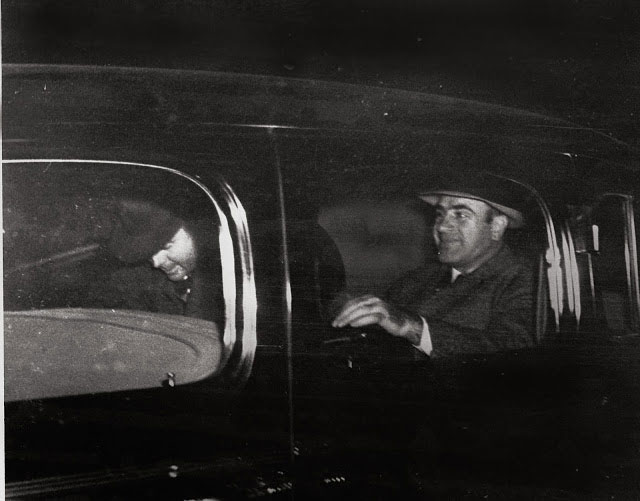 During the Prohibition in 1920, Capone dominated the organized crime scene in America with his multi-million dollar operation in bootlegging, prostitution and gambling. Capone was the mastermind of numerous brutal acts of violence, mainly against other gangsters. The most famous of these was the St. Valentine’s Day Massacre in 1929, in which he ordered the assassination of 7 other notorious rivals.

Capone was never indicted for his racketeering but was finally brought to justice for income-tax evasion in 1931. After serving over 6 years, Capone was released. He died in 1947 in Miami. Capone’s life captured the public imagination, and his gangster persona has been immortalized in the many movies and books inspired by his exploits.

Below is an incredible collection of photos that may describe a part of his life.

Al Capone and his wife Mae 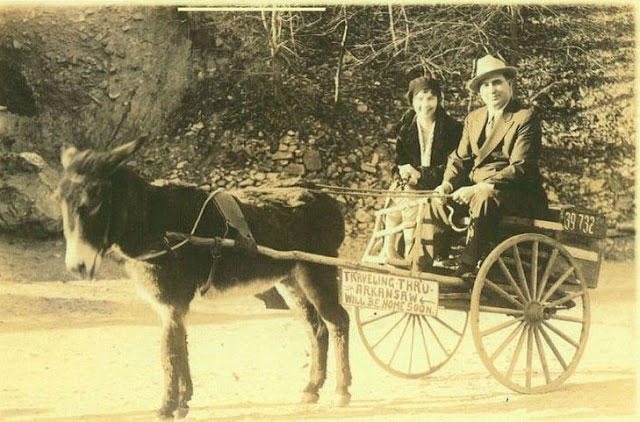 Al Capone with his mom Teresa 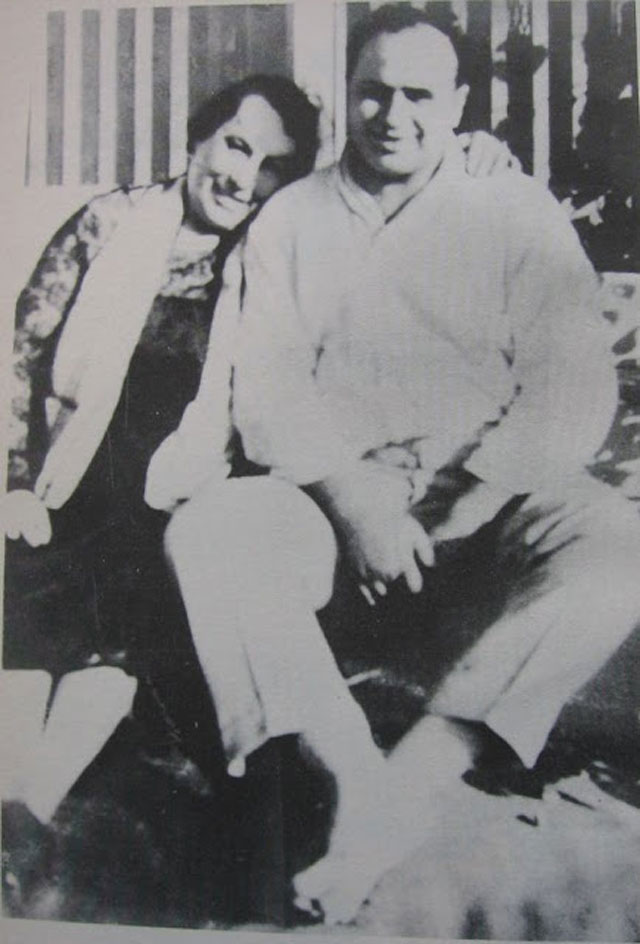 Al Capone with his family 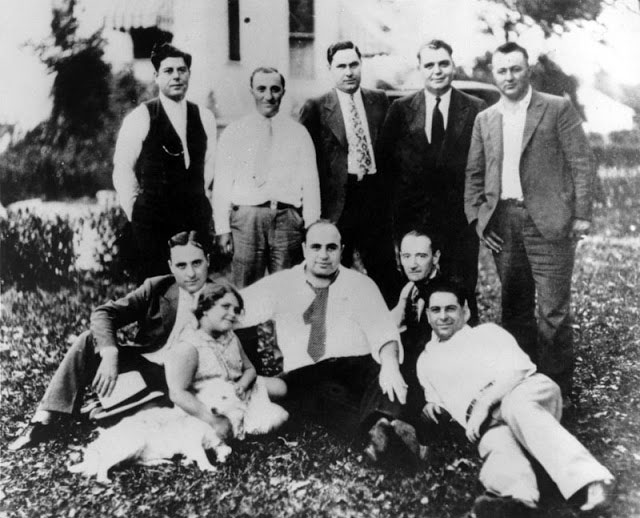 Al Capone in a bathing suit at his Palm Island, Florida, 1929 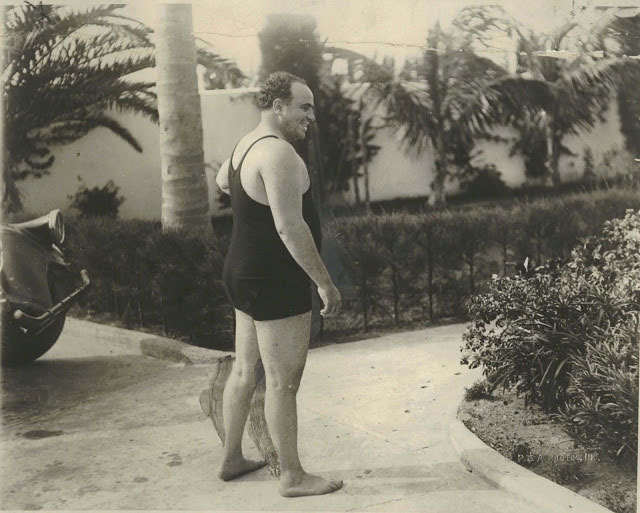 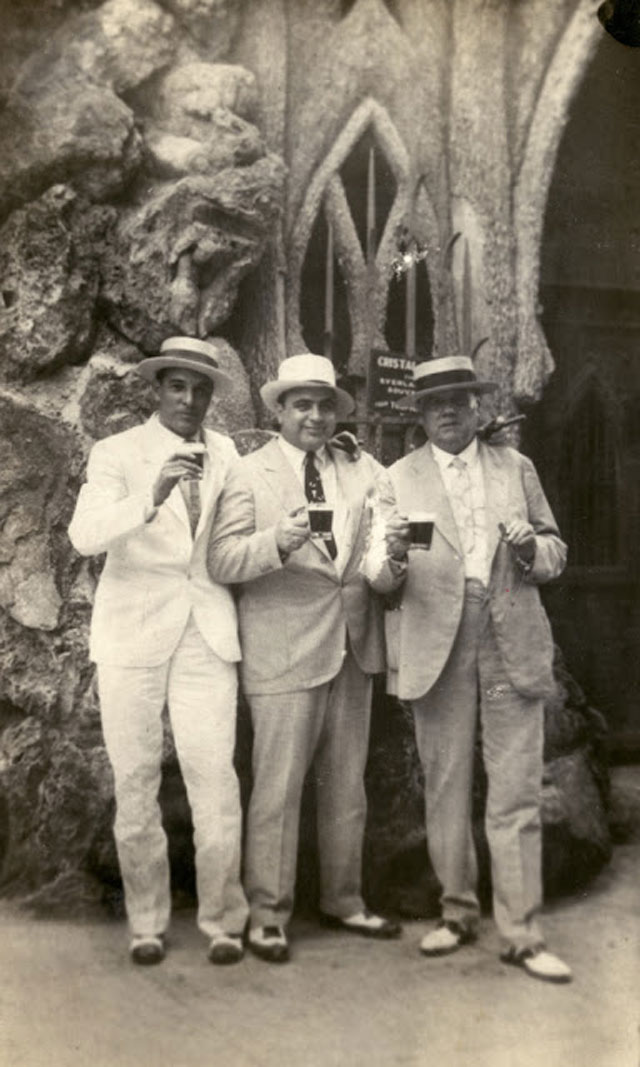 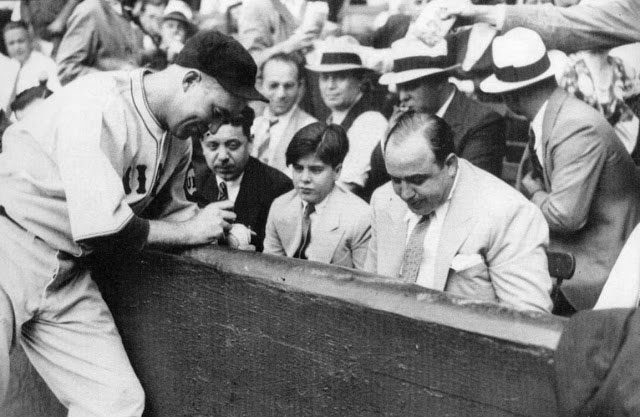 Al Capone on trial for income tax evasion and violating the Volstead Act, 1931 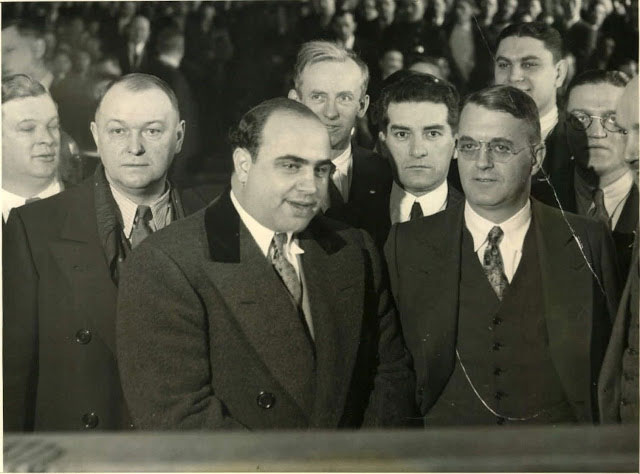 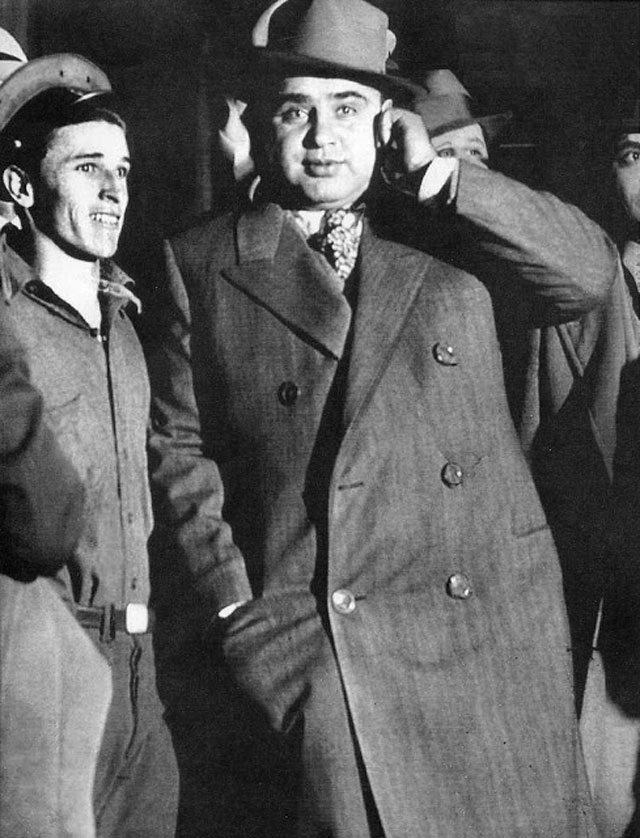 Al Capone looking straight into the camera when charging out of Federal Court in Chicago with his attorney by his side, Michael Ahern on Oct. 11, 1931 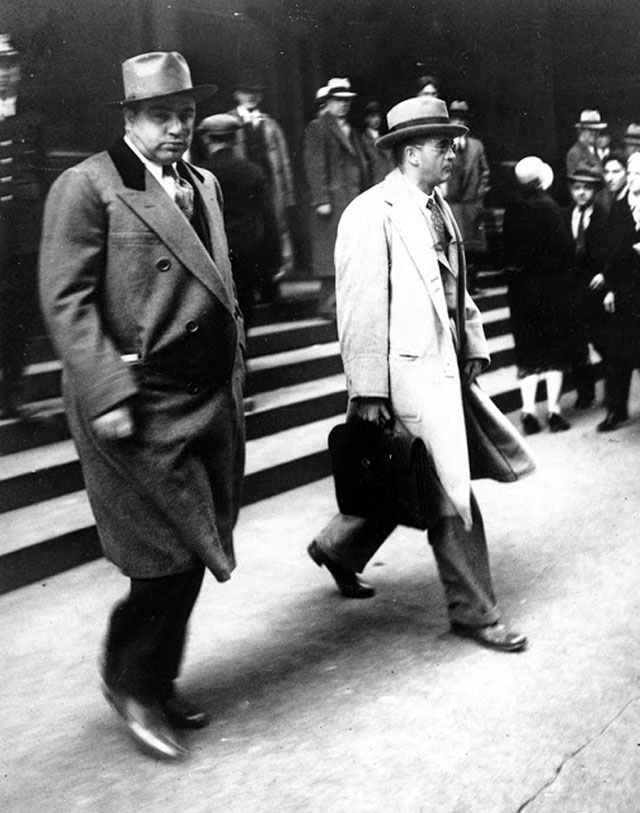 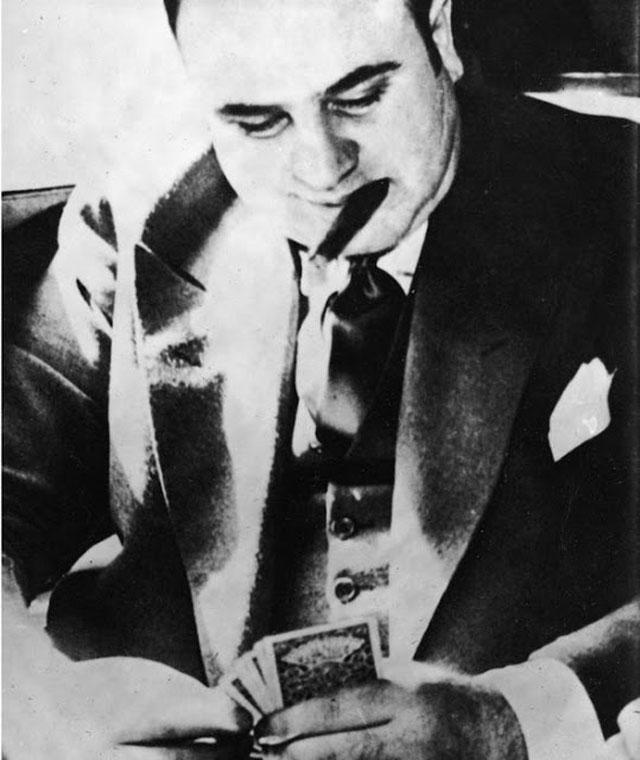 Al Capone, right, leaving Harrisburg, Pa. with a federal officer for Lewisburg, Pa., where he was released after spending seven years in prison in Atlanta and San Francisco’s Alcatraz, Nov. 16, 1939 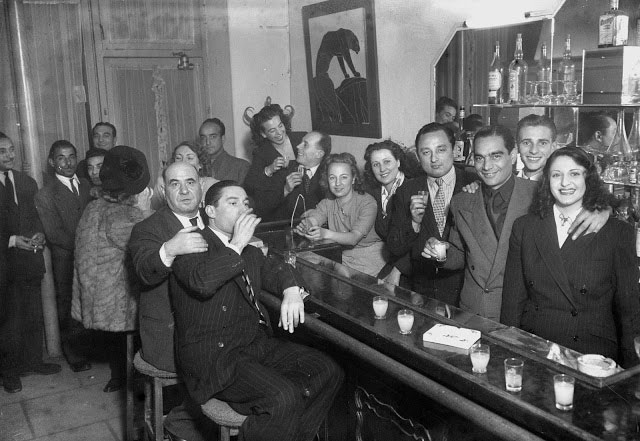