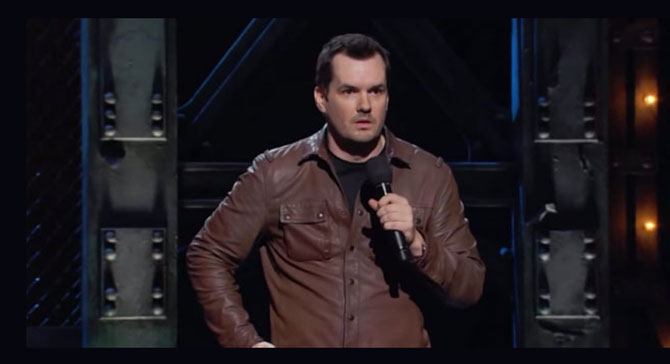 Considering that Jim Jefferies was once attacked onstage while performing at the Manchester Comedy Store, it’s interesting to hear the Australian comic’s stance on guns – of which he is entirely opposed.

Jefferies points out brilliantly the absurdity of America’s reaction to mass shootings as opposed to his native Australia.

“In Australia, we had the biggest massacre on earth. The Australian government went, ‘That’s it! No more guns!’ And we all went, ‘Yeah, alright then. That seems fair enough.’ Now in America, you have the Sandy Hook Massacre where little, tiny children died, and your government went, ‘Maybe – we’ll get rid of the BIG guns?’”