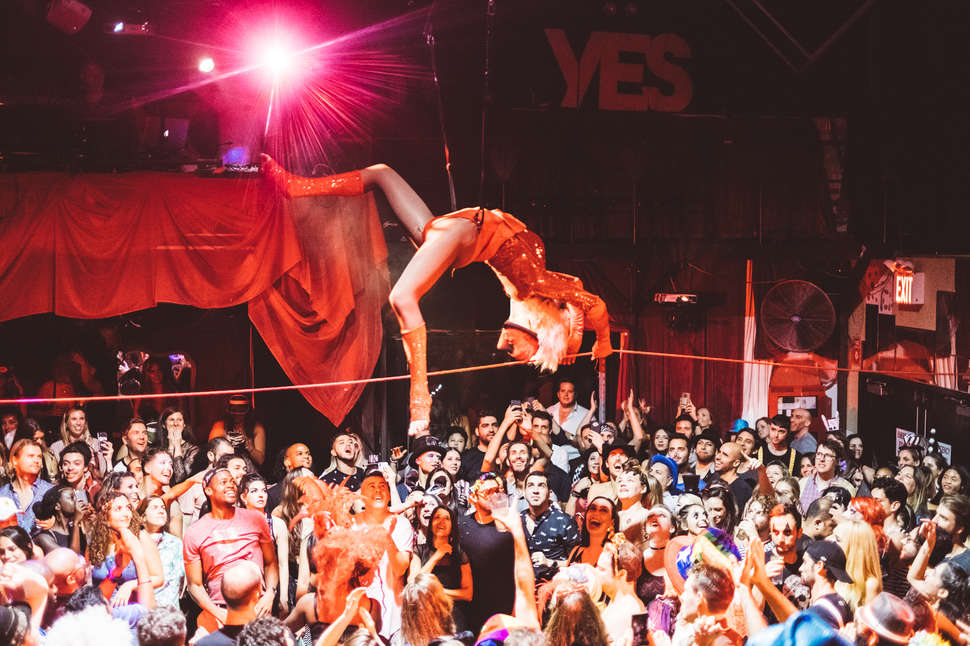 New York is known as the city that never sleeps. People from all parts of the world travel to New York every year just to have fun.

Alcohol-free spaces and sober curious consumers are taking over the city’s nightlife scene. And, this trend is gaining traction even in the gentrified neighborhoods of New York City.

New York is a densely-populated city. This makes it one of the cities where you can easily get hands-on illegal drugs as compared to other cities. Addictive and harmful narcotics have been seized regularly in this city.

A large capture of almost 40 pounds of painkillers was captured in New York in 2017. It’s not surprising that there are many rehabs in New York (AddictionResource.com provides more details).

From the radio and newspaper headlines, it’s apparent that people are suffering and feeling the effects of illicit drugs and alcohol. When some individuals get a chance to get assistance, it’s usually too late.

There are even dry hipster bars in the sober nightlife scene of this city. The idea of the new establishments in town is to provide outlets for individuals that want to socialize and have fun in bar-like locations without consuming alcohol.

Why Sobriety is Becoming Popular in New York

This trend can largely be attributed to the fact that people are now becoming conscious of their wellness and mental health.

Generally, many Americans are trying to cut down on alcohol intake. Individuals across ages have reduced their beer intake. Research has shown that millennials are consuming less alcohol.

While investors want to capitalize on individuals that prefer to not drink, tech firms are re-evaluating their policies on alcohol consumption.

Having two or three drinks whenever people go out for dinner has been part of the Americans and Europeans culture. People have always seen it as a way of experiencing life.

The new booze-free pop-up bars in New York are re-writing the nightlife that people have been used to. These establishments are serving conversation and music.

They are providing the best night outs to people that don’t want to drink alcohol. These bars are providing easy bridges for connecting without drinking or outside of the drinking culture.

Having seen their friends or relatives suffering in New York rehabilitation centers, many people have become sober curious. However, some individuals are doing it for health reasons.

Others are becoming sober curious after re-evaluating how they relate with alcohol, their drinking habit, and how it affects their lives.

The origin of the booze-free nightlife and mock-tail bars dates back to the sober curious trend.

Many people have entered rehab centers in NY as a necessity due to their destructive lifestyles. These have opted to quit drinking after treatment as part of their recovery journey.

People that identify themselves as sober curious know that alcohol does not make an individual feel great. Therefore, they don’t drink often.

However, they are not ready to put on an all-or-nothing label. Ruby Warrington authored the book titled, Sober Curious. In her book, she says that more people are investing in their wellbeing.

As people adopt wellness practices like working out regularly and changing diet, reconciling their ways with alcohol becomes harder.

More individuals are beginning to ask whether a few hours of anxiety, stress, or loneliness are worth the hangovers that come with alcohol consumption.

Sober curious is a lifestyle that aims at eradicating the stigma that surrounds alcohol abuse and sobriety.

It’s an important wellness trend that involves meet-ups, workshops, and sober bars where people that don’t want to consume alcohol meet for the happy hour.

No Regrets for Not Drinking

People that have become sober say they have rediscovered themselves. They are work-focused and they feel lighter.

They also appreciate small things in life. After leaving rehab facilities in NY, many people say they feel like they have been under the alcohol blanket for years.

Although some individuals that identify with sober curious enjoy a glass of wine once in a while, they try new techniques like going to restaurants with zero-proof beverage menus.

This enables them to see who they are and what they can do without hangovers.

According to the latest 2019 report, alcohol consumption has declined worldwide. This has partly been attributed to the increasing number of sober bars.

More people are also opting not to drink as a way to stay healthy. Consequently, alcohol companies are investing in low-alcohol or non-alcoholic drinks.

New entrepreneurs and startup investors are focusing on catering to the needs of sober curious people. Companies are creating products that do not contain alcohol and are not sugar-laden.

Sobriety is a popular trend among New Yorkers in 2019. More people are identifying with the subculture of the sober movement, the sober curious.

These are opting to not drink or to drink less after re-evaluating how they relate with alcohol. New Yorkers are catching up with the global trend where millennials are particularly drinking less.

Others are quitting alcohol after undergoing treatment in drug rehab centers in NY. Personal reasons combined with the increasing number of sober bars in the city make sobriety a popular trend in New York.