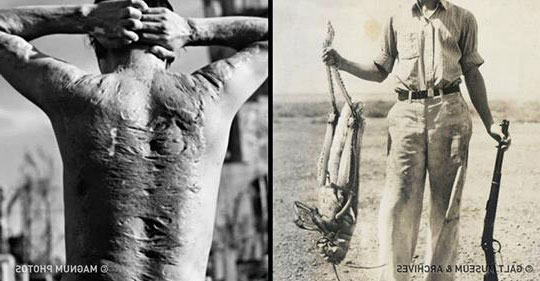 Check out these amazing historical photos that show well-known people and events in the past, and look at them from a completely different perspective. 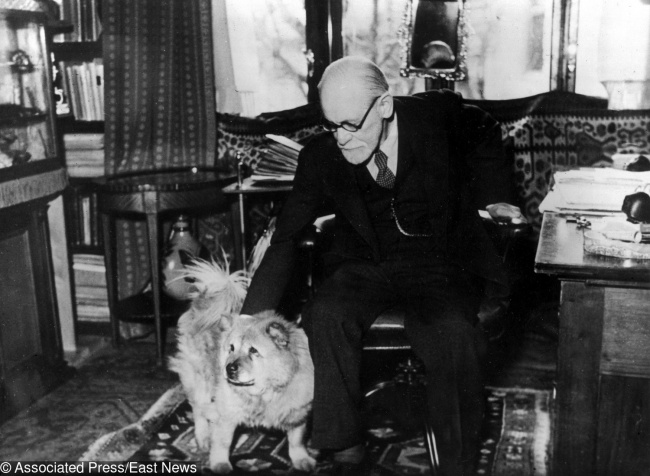 Freud believed that dogs are able to recognize the true mood of a person like no one else, and they also help you to relax. That’s why he allowed his chow, Jofi, to attend his therapy sessions.

2. We bet, you don’t recognize this guy? 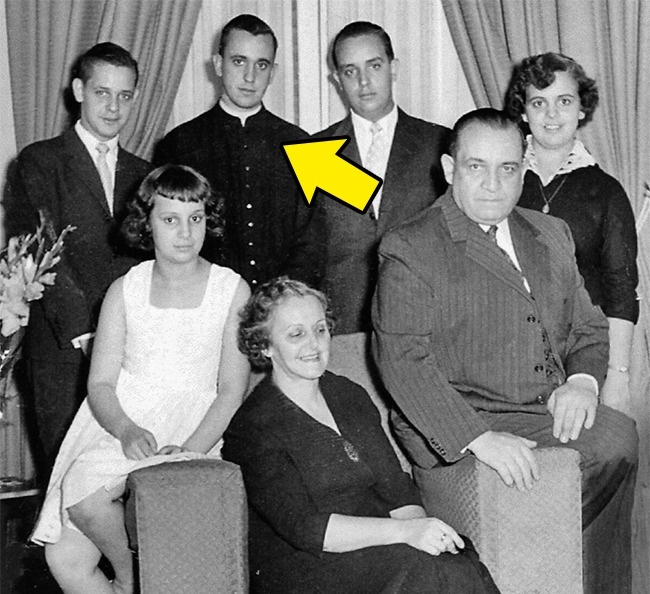 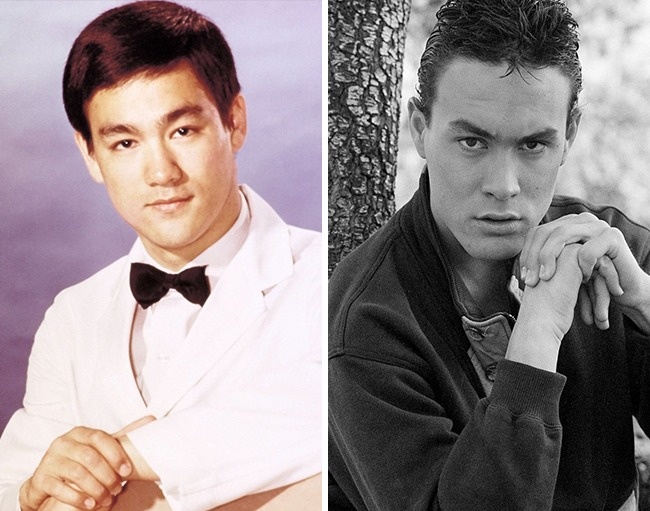 Both actors died on movie sets: the father at the age of 32 during the making of The Game of Death, and the son at 28 years old on the set of The Crow.

5. This is what Pablo Picasso’s most gifted children look like. 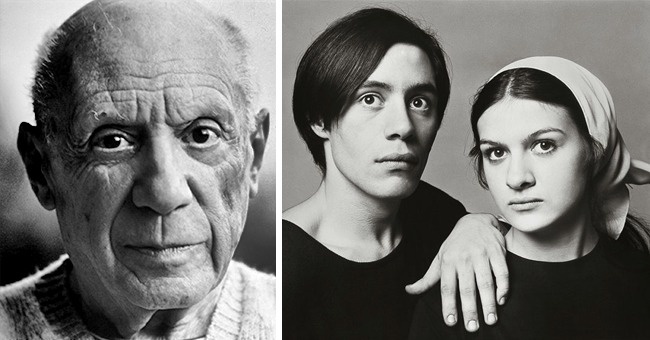 These are the brilliant artist’s youngest children: Claude and Paloma Picasso. As quick-tempered as his father, Claude now heads the Picasso Administration, and eccentric Paloma is a famous jewelry designer and heads her own perfume empire.

6. Have you seen Charlie Chaplin in old age? Here you are! 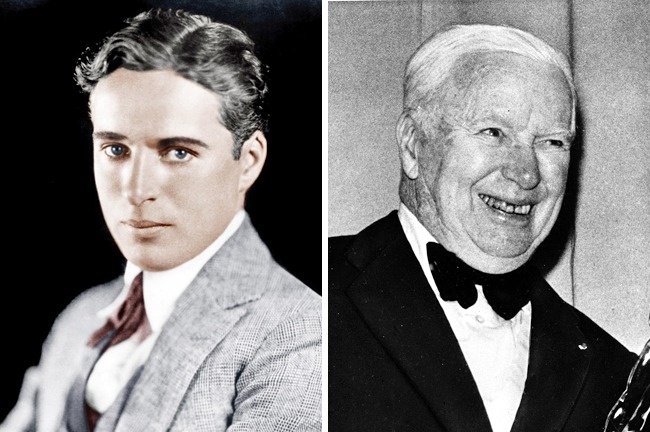 7. Hemingway caught a tuna. Nothing unusual, just an ordinary day for Hemingway. 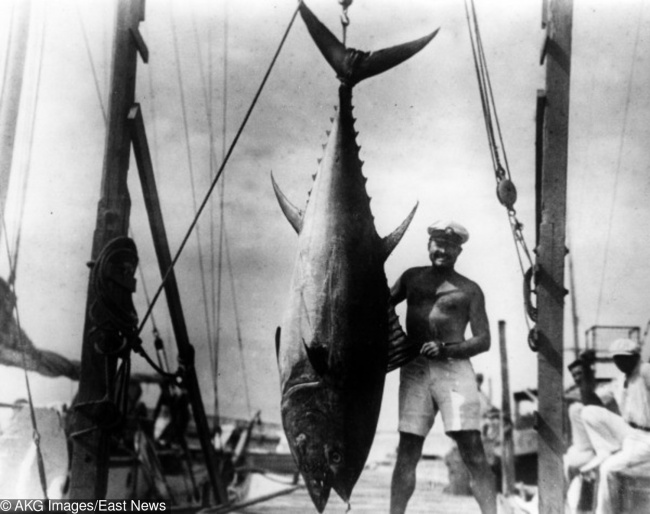 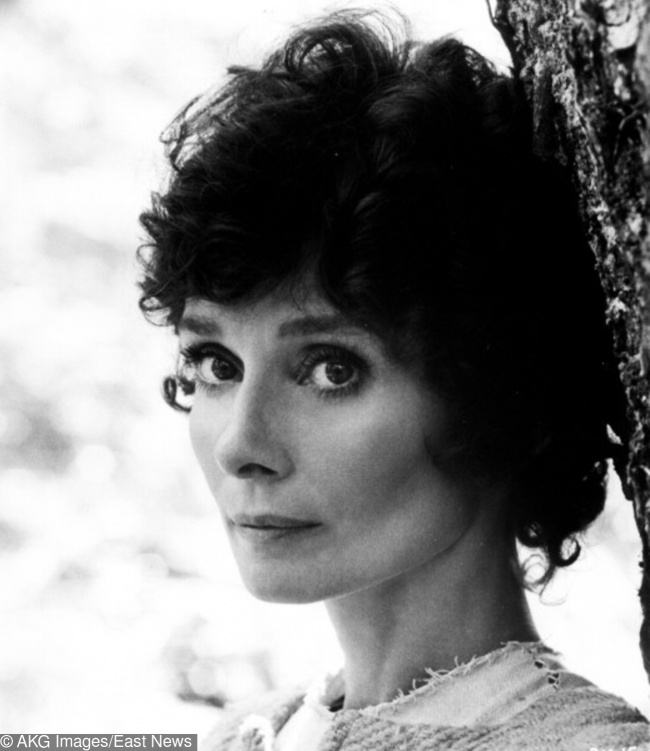 9. This 18-year-old Albanian-Indian would become known throughout the world as Mother Teresa.

10. Here she is again with her sister (left) in traditional costumes. 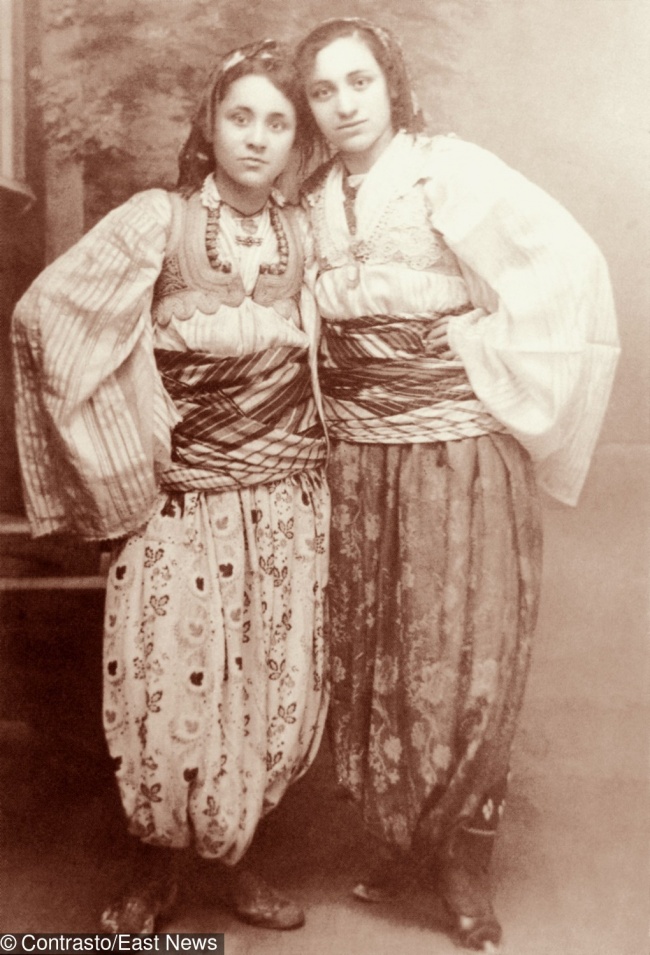 Here Mother Teresa is still called Anjezë Gonxhe Bojaxhiu, and she is only 13 years old.

11. Vladimir Lenin in his youth and his last photo. 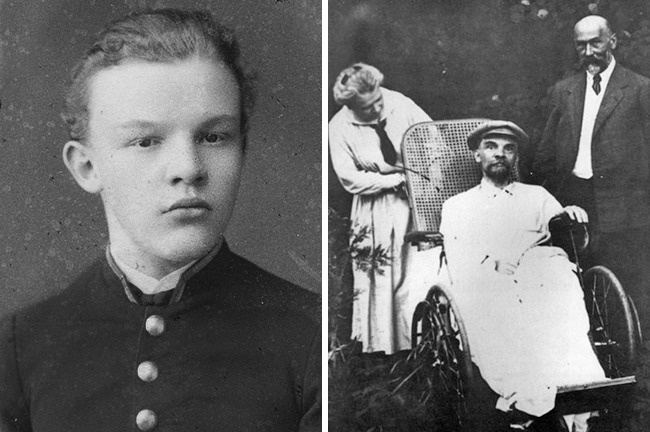 It’s impossible to imagine that this is the same person. 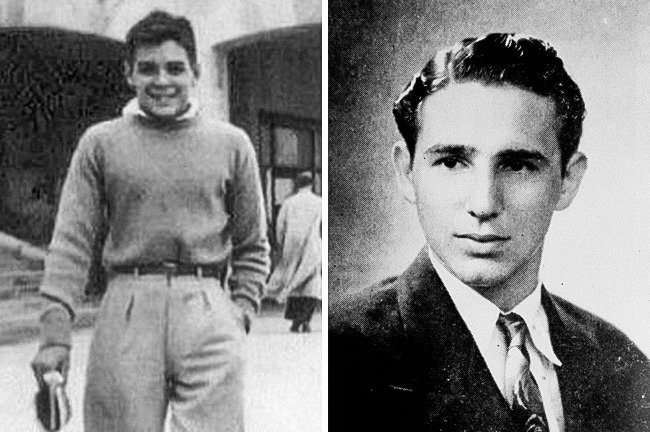 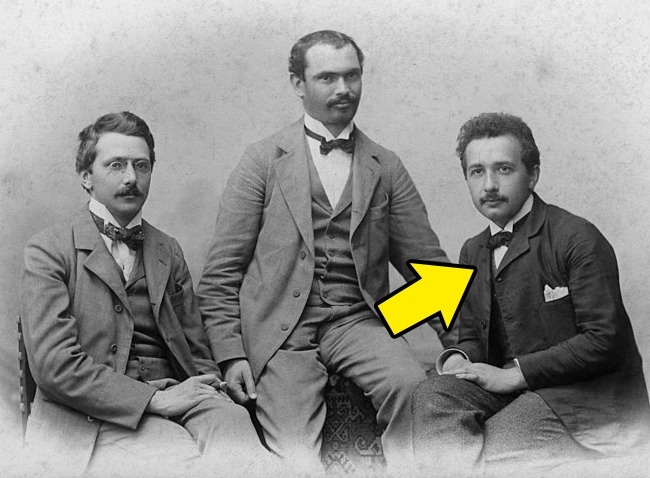 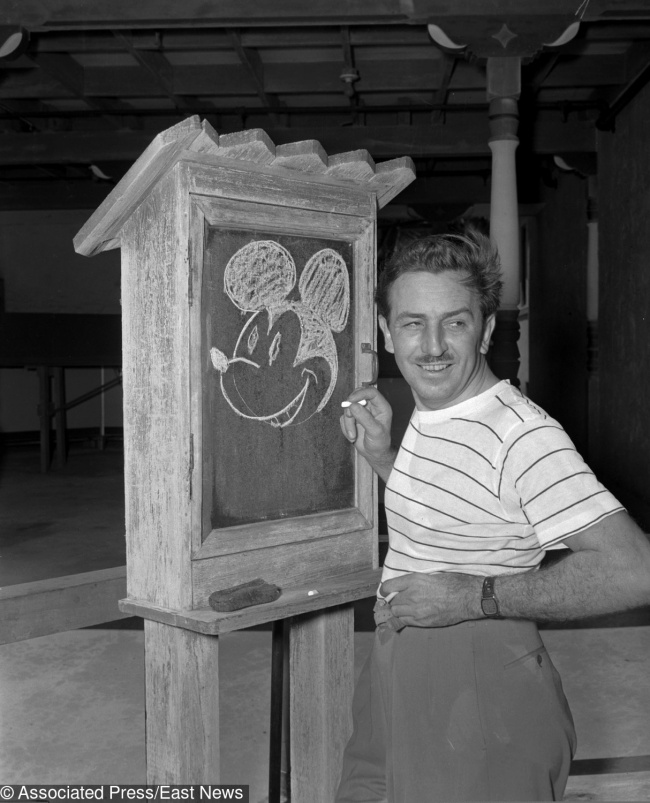 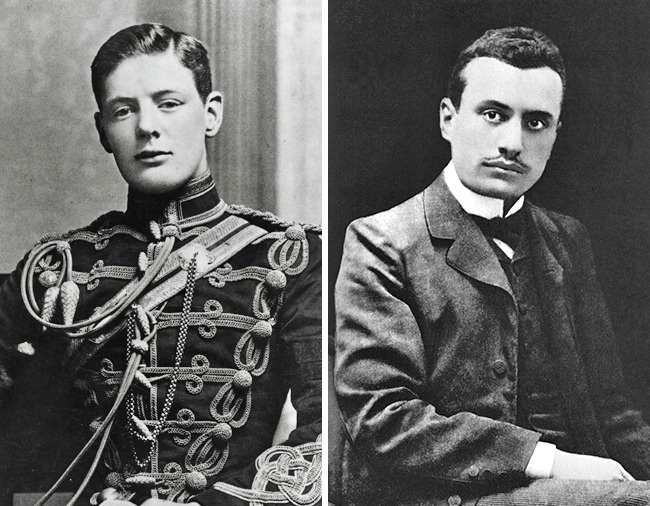 17. Let’s get back to Hemingway. Here’s one shot we are familiar with and a photo taken around the time of his high school graduation. 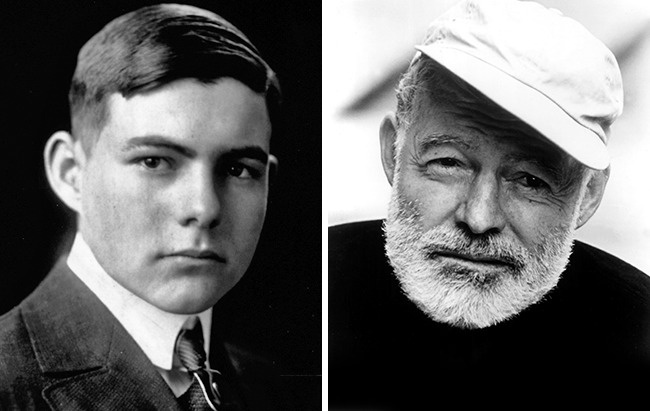 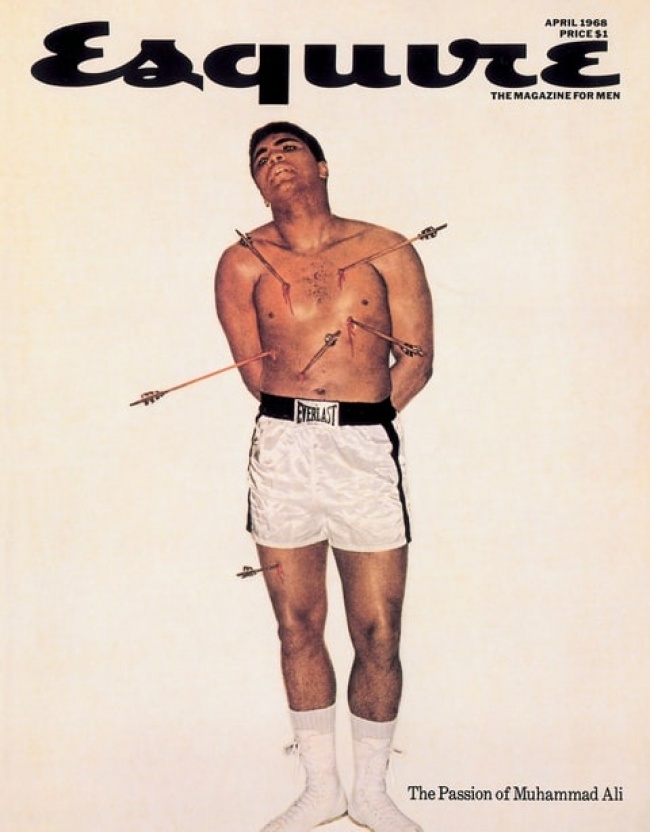 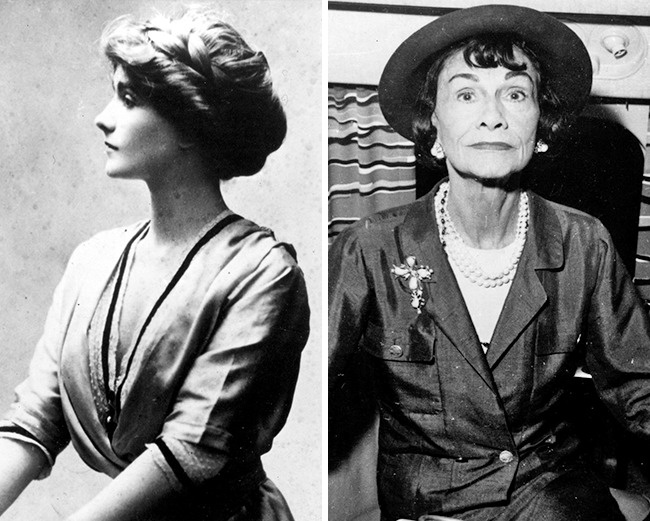 20. Everyone is accustomed to seeing Dostoevsky and Tolstoy as bearded geniuses. But they were also young once. 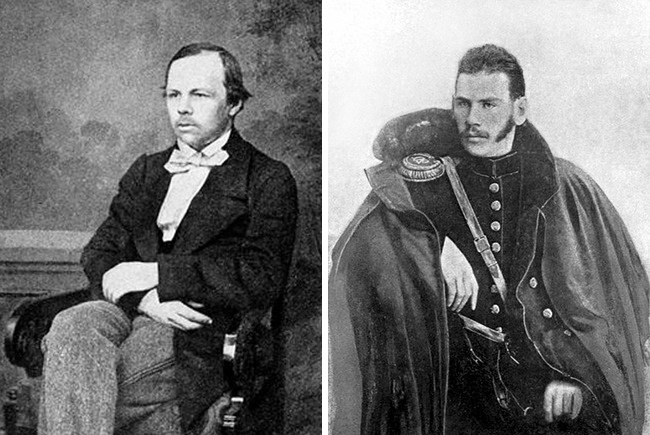 Fyodor Dostoevsky is 42 years old here, and Leo Tolstoy is 26.

Initially, Hitler, like Stalin, wore a voluminous mustache. They say it covered the ugly slit of his mouth. But later he was ordered to trim his mustache because he couldn’t wear a gas mask with it.

22. You wonder how Hitler looked at 24? Like this. With this most voluminous mustache. 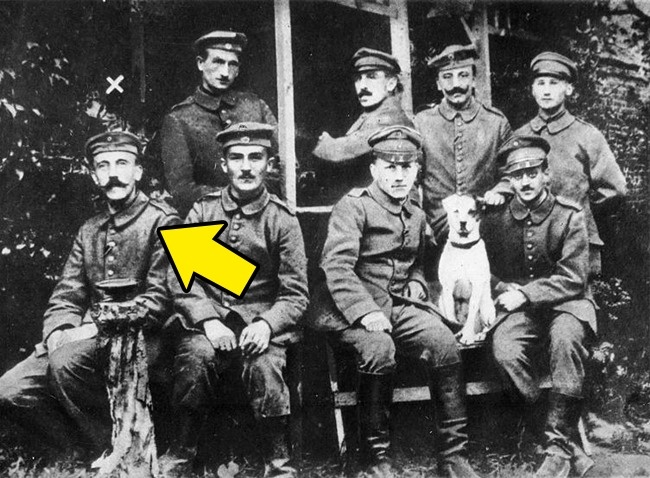 Hitler’s role in WWI was not so remarkable as in WWII: he was just a common soldier with a funny mustache. His fellow soldiers spoke of him as an excellent and brave soldier. In October 1918, he was temporarily blinded by a British gas shell and was hospitalized. While in the hospital, Hitler learned of Germany’s defeat, which was a great shock to him… You know what happened next.

23. A photo made to raise public awareness of Armenian Genocide. 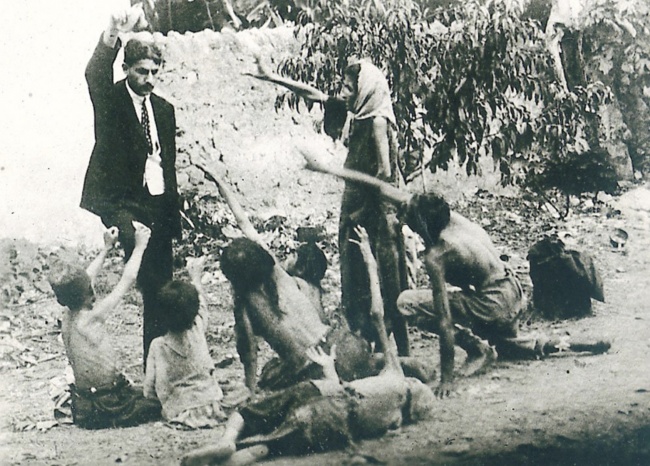 This photo’s origin is still argued about. One version is that this shot, together with several others, was produced just after the end of WWI in order to raise funds to help Armenian Genocide survivors. This photo is meant to depict a Turk official taunting Armenian children with bread.

24. A Hiroshima A-Bomb victim shows his scars, 6 years after the bomb. 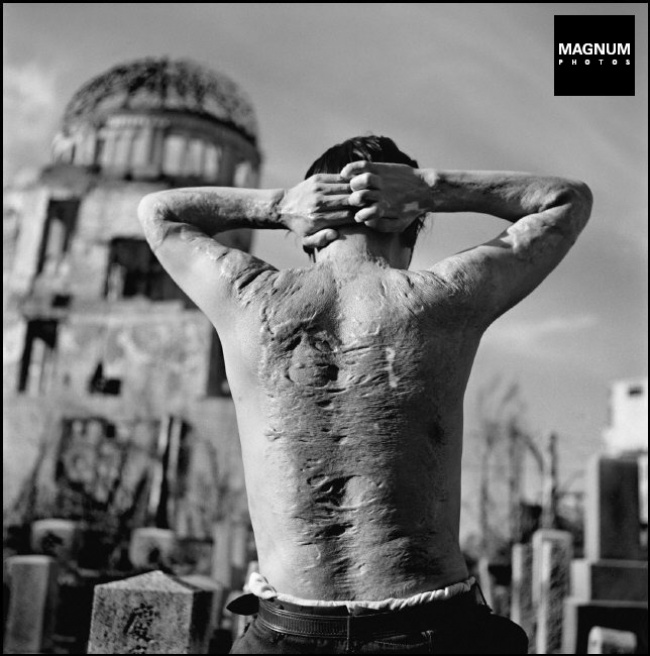 On August 6, 1945, the US Army dropped an atomic bomb on Hiroshima, thus ending the war against Japan. The entire city was destroyed, thousands of people were killed, and those who survived suffered from radiation injuries.

Bonus photos: An example of image manipulation in the pre-Photoshop era. 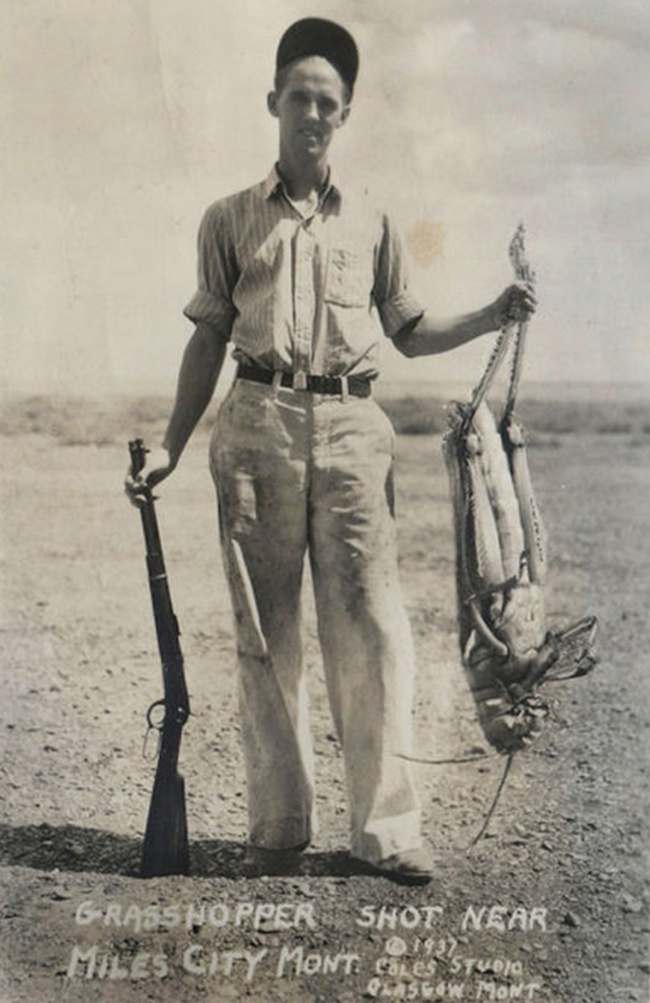 On the one hand, this picture is fake. On the other hand, it’s an amusing example of photo editing before Photoshop. And it has a story to tell. In fact, giant grasshoppers were popular subjects for postcards during the 1930s when grasshoppers were a common pest.