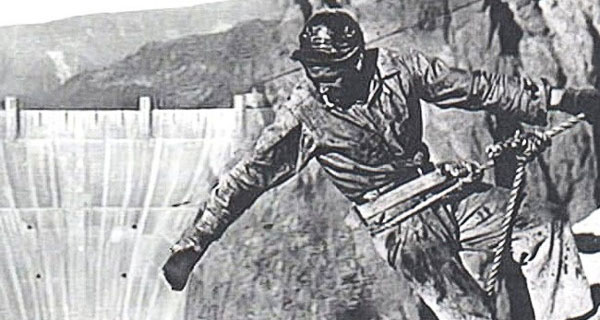 Life indeed is full of strange surprises that are just impossible to explain. Below are 12 unbelievable coincidences that demonstrate just how unpredictable and mysterious our world is.

The founder of Ferrari company, Enzo Ferrari, died in 1988. Then about a month later, the Mesut Özil the footballer was born. If you look at their ortraits and say they’re twin brothers, we can forgive you. But is this a perfect case of reincarnation?

A premonition of the Titanic

14 years before the Titanic tragedy, a fantasy writer named Morgan Robertson wrote his novel Futility. It told the story of a ship called The Titan that sunk in the North Atlantic. It wasn’t just the name and location where one can see an eerie coincidence. Both the fictional and real ship were believed to be unsinkable. They also had similar technical characteristics, lacked a suitable number of lifeboats, and collided with icebergs .
Sources: historyonthenet, titanic.wikia, cruiselinehistory

The Tragedy on the Hoover Dam

The cars that found each other

In 1895, two cars collided in the state of Ohio. The peculiarity of this particular accident is that there were only these two cars in all of Ohio.
Sources: books.google, allfunandgames

Coincidences in the biographies of Lincoln and Kennedy

Strange coincidences exist in the biographies of two American presidents: Abraham Lincoln and John Kennedy. Below are a few of them:

Both were killed by a gunshot wound to the back of the head, on a Friday, before a celebration (Lincoln was killed before Easter; Kennedy on the eve of Thanksgiving). Both were accompanied by his wife and another couple.

Both had four children.

They both had a friend called Billy Graham.

Both were succeeded by their vice presidents named Johnson, who were both Democrats and southerners.
Sources: historynewsnetwork, logic-books, wikipedia

The first and last soldiers

The tombstones of the first and last British soldiers killed in World War I are situated six meters from each other. Their headstones face each other, an arrangement that wasn’t in any way deliberate.
Sources: bbc, news.bbc., theguardian

Edgar Allan Poe wrote the book The Narrative of Arthur Gordon Pym of Nantucket. It told a story of 4 sailors who survived the sinking of their ship. In order to survived, they were forced to eat the shipboy named Richard Parker. The writer claimed that this story was based on real-life events, which wasn’t actually the case.

But 46 years after the book was written, a real-life event happened in which an actual ship did sink. In order to survive, the crew were forced to eat shipboy named… Richard Parker. This started the rumors that the famous Edgar Allan Poe had owned a time machine.
Sources: seesouthampton, skeptics, nytimes

In July 1975, Erskine Lawrence Ebbin, age 17, was riding on his moped when he was hit by a taxi. One year before, Erskine’s brother, age 17, was killed while riding the same moped by a taxi. Behind the wheel of the taxi was the same driver who was carrying the same passenger.
Sources: skeptics, royalgazette, dailytelegraph

Anthony Hopkins and a rare book

Award-winning actor Anthony Hopkins once needed to read a book he Girl from Petrovka, written by George Feifer, so he could study for a role in a film. But he couldn’t find a copy anywhere. Coincidentally he came across a forgotten copy in the subway.

When the actor later met the writer of the book, Feifer told him that he didn’t have a copy of the book himself. He had lent his last one to a friend, but he lost it in the subway.
Sources: npr, dailymail, theactuary

A special name for the Roman Empire

According to a legend, Rome was founded by Romulus and Remus. Romulus became the first Roman king. The last ruler of the Roman Empire was Romulus Augustulus. Historians can say that one of the most powerful empires of history began and ended with the name “Romulus.”
Sources: historyextra, tribunesandtriumphs, wikipedia

A prediction of Donald Trump’s election victory in The Simpsons

The creators of The Simpsons made an episode in 2000 that told about Donald Trump becoming the United States president. The show even presented Trump’s election campaign in a way that was almost identical to scenes from real life when Trump launched his presidential bid.