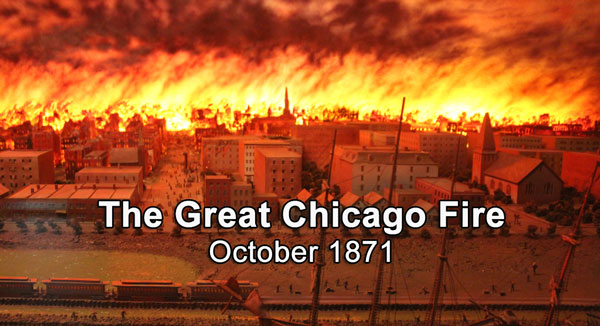 No matter the reasons, there are several horrifying disasters in the past that weren’t given much importance and they end up being forgotten quite easily.

The Pearl Harbor attack wasn’t a secret and it happened to be one of those historical tragedies in history. But some terrible facts about the aftermath of the attack were hidden from the public. The attack brought about many deaths and massive property destruction. It is believed that more than 2,400 people lost their lives and 19 ships got damaged following the attack. One terrifying incident happened in one of the damaged USS West Virginia (BB-48), in which the crew heard banging sounds originating from the hull of the ship where. Two weeks after the attack, there were still sailors stuck inside the ship. Six months later, the ship was raised and bodies of dead men were discovered. 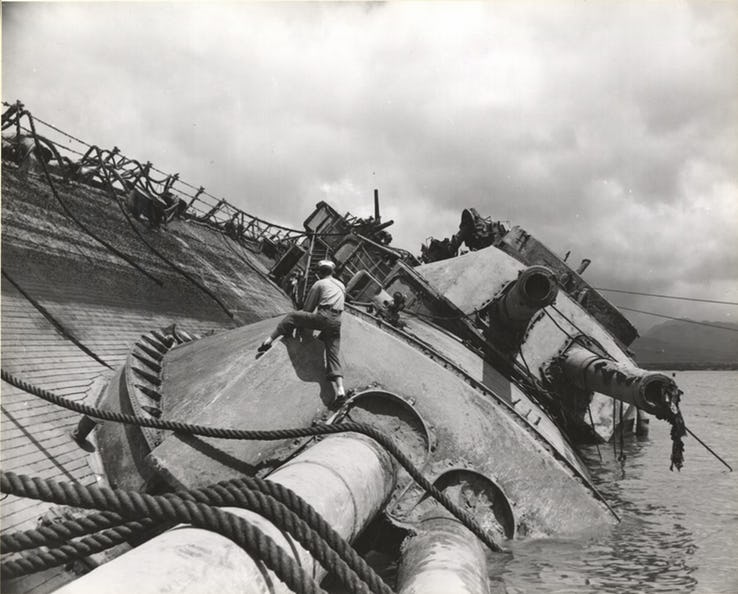 13. The IXTOC I Disaster

In 1979, the IXTOC I Disaster struck. As Sedco 135F was drilling for Mexican Petroleum Company, the hydrostatic pressure ideal for preventing influxes suddenly become faulty that hindered efficient mud circulation. The drilling team decided to draw out the drill and bung up the oil well. But due to lack of hydrostatic pressure, lots of gas and oil gushed into the atmosphere and suddenly exploded. The overwhelming fire flames left the drilling team in big trouble. The extreme fire flames ate up the structure and rig making them collapse. This made the seabed to be filled with wreckage that covered up to 3000 meters of the rig wellhead and pipes. The fact that it took 9 months to properly assess and clear up the oil spill makes it one of the world’s largest spill ever. Within 9 months, the water has been dangerously contaminated with 3.5 billion oil barrels. 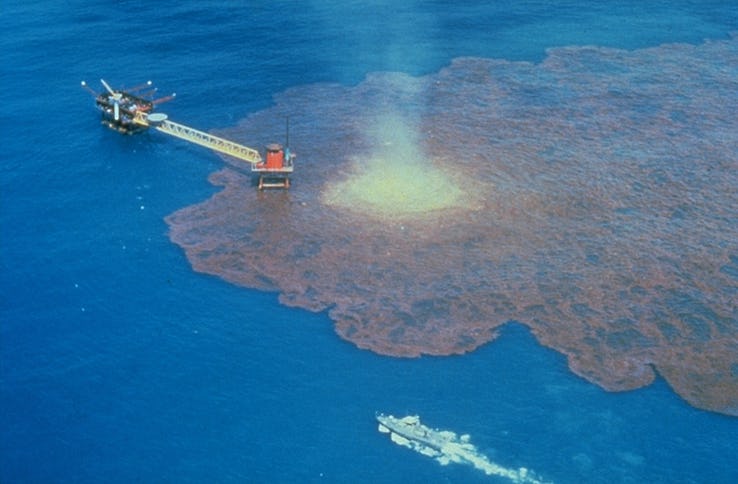 We worry about nuclear disasters. But how surprised will you be if you learn that a nuclear tragedy actually happened in the 1950s and was kept a top secret? Experts consider it one of the the biggest nuclear disasters in history. In those years, there was a plant for processing nuclear materials ideal for making weapons-grade plutonium in the Soviet Union Ural Mountains. It was widely known and often feared as it acted as the disposal site for radioactive waste that was originally dumped in the Techa River. Sometime in 1957, the plant experienced cooling systems failure and it happened no one noticed it. This led to an explosion of the waste tank that released toxic radioactive materials into the air. 270,000 suffered the effects of the radioactive materials. In a village near the mountain, out of the 5000 people exposed to the radiation, 300 died and others suffered cancer infection. This tragic event remained a secret as the Soviets wanted to keep it that way. 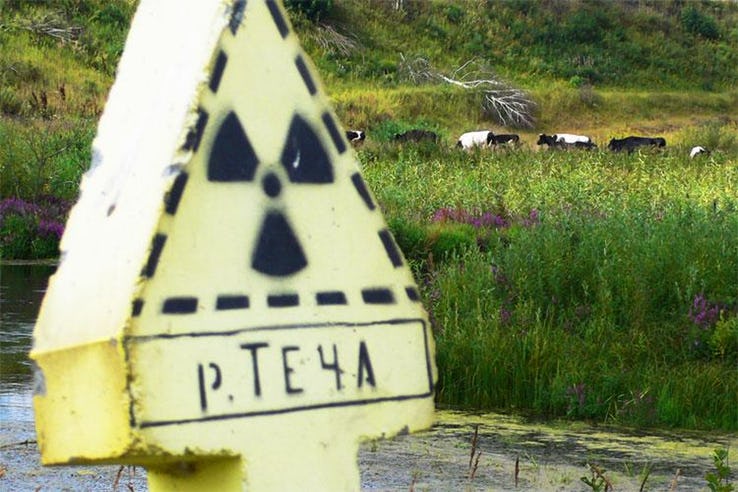 11. Titanic Caused Sinking Of Another Ship

The sinking of the Titanic caused great loss of lives. Many believed that if there were adequate lifeboats, the number of deaths could be lower. Following the tragedy of the Titanic, shipmakers introduced smarter safety regulations to increase passenger safety in other ships. That didn’t help much though. It even played part in the death 800 people. Having enough lifeboats in Eastland ship doubled the problem rather than providing a solution. It was in 1915 when the Eastland rolled several seconds after it took off and killed 844 of the 2,000 people inside the ship. The heavy boat’s weight made it lose control leading to the disaster. 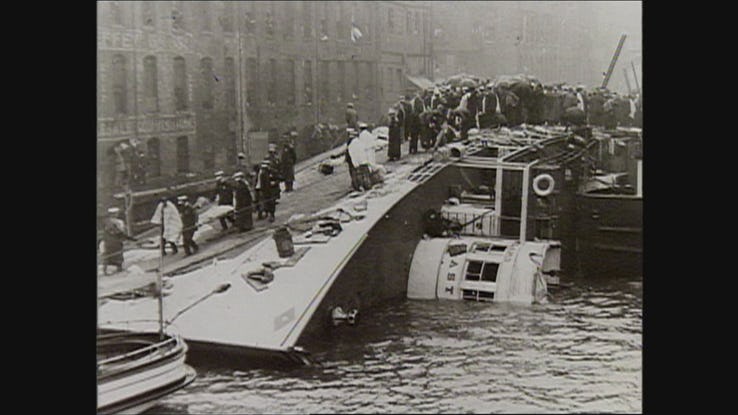 The Cemfjord, a cargo ship registered with the Cyprus was water-logged in January 2015. It capsized due to violent weather and ended up killing its crew members. Reports said that the weather was extremely bad and there weren’t any good reasons for them to continue with the journey. The tragedy happened very quickly making it impossible for the crew to call for help. Many believe that if there was adequate passage planning, the tragedy couldn’t have happened. 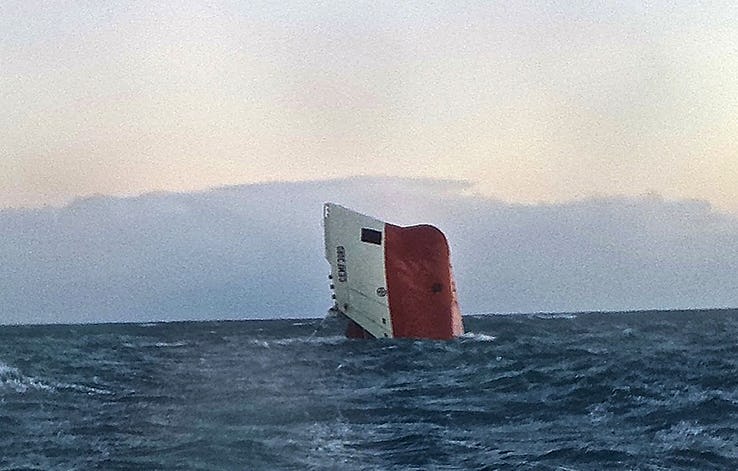 The Japanese attack in 1941 left more than 2000 people dead. Another disaster happened soon after the Japanese attack. The year was 1944 when so many ships loaded with troops and equipment were landing ready to attack Saipan. But then one of the ships caught fire. The ship’s explosion further exploded some fuel and ammunition containers that were only a distance away. This tragedy left 163 people dead and half dozen ships sunk. The military, of course, didn’t want the enemy to know so they kept the tragedy a top secret. 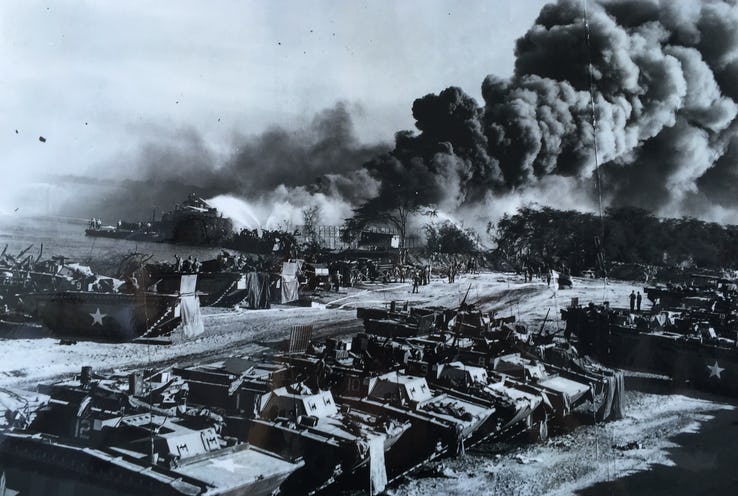 The hurricane Katrina still remains among the deadliest tragedies in the world’s history. The happenings and aftermath of the hurricane disaster are all known to us. Some information about the disaster wasn’t told though. The disaster didn’t just kill more than 2000 people and leave thousands displaced but also caused damages worth over 100 billion dollars. But do you know there is information about prisoners in the hurricane Katrina tragedy that was kept top secret? The prison name was Templeman III and it is believed that after the water floods become extreme, all those in the prison except the prisoners made their way out successfully. More than 600 prisoners were left inside the waterlogged cells with no food and water. The prisoners were submerged in the sewage and water. Though they had placed hanging signs asking for help, they were only saved four days later. 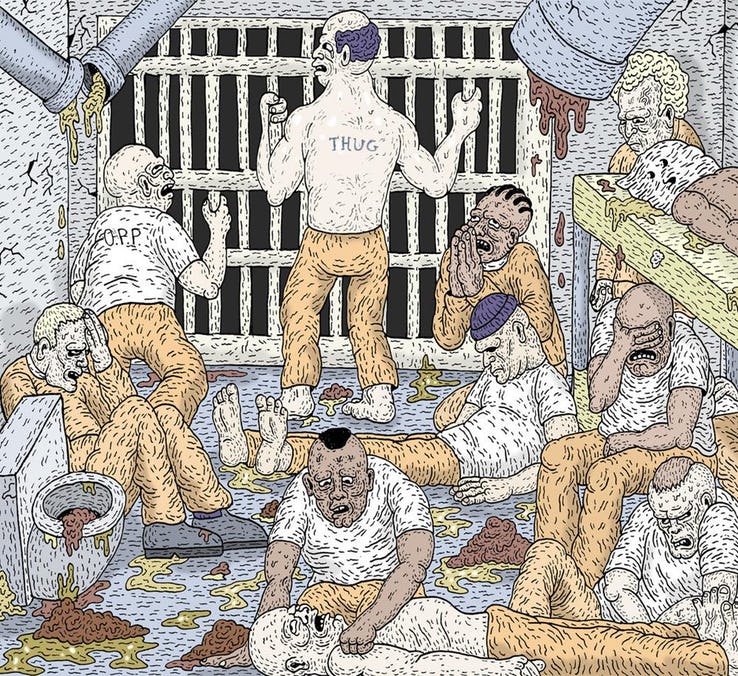 This horrible tragedy in American history happened in October 1871. There is very little told and known about the disaster. No clear details about the cause of the fire or the damage caused. What people don’t know is that four other successive fire outbreaks happened at the same time with the Great Chicago Fire. Among the deadliest of these fires was the Peshtigo fire. The Peshtigo fire led to the death of over 2,000 people some who drowned while driving away from the fire and others who died from hypothermia. 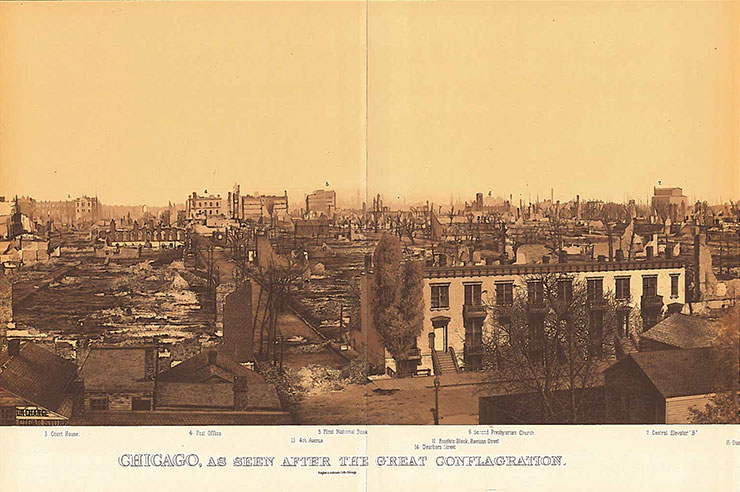 6. The Disaster That Never Happened

There is an architectural building in Manhattan named Citigroup Center. It happens that, forty years back, the building experienced a hurricane and it was only after 20 years when people got to know about it. It was constructed in 1977 having a height of 59 stories. Diane Hartley, an engineering student happened to question the building’s structure as she felt that the stilts and corners weren’t perfectly installed. Those in power back then dismissed her queries saying that she knew totally nothing about what she was saying. However, after some investigations, it was discovered that the joints weren’t welded but rather bolted and didn’t have the strength to endure the effects of the strong winds that happened during hurricanes. The building was immediately evacuated and repairs began. Hurricane Ellis occurred prior to the building completion causing a replacement of up to 10-block radius nearby the building. The good news is, the hurricane’s effects didn’t reach the building and they were able to quickly fix the problems that the original constructor had made. 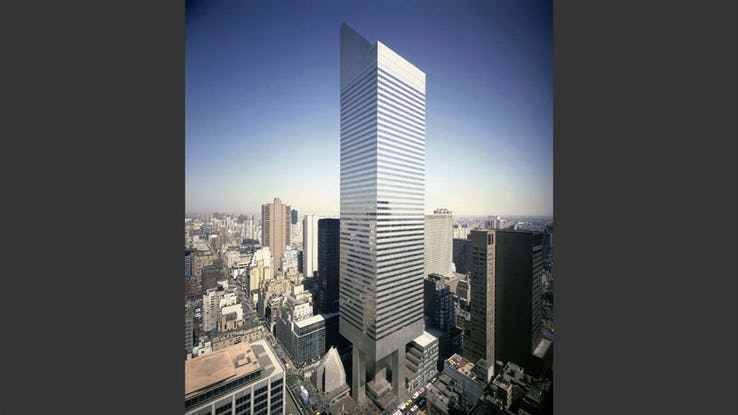 New Orleans is a fascinating destination for many. It sets the mood for an amazing party time and culture discovery. It is also the perfect place to go when in search of great gumbo and ready to explore the alligator and witch mysteries. Many disasters occurred in New Orleans prior to the occurrence of Hurricane Katrina although they never got media coverage. One horrible disaster happened in 1788. People called it the Great Conflagration of New Orleans as it left the city submerged. In less than 5 hours, more than 800 buildings were seriously burnt among which included, local church, jail, French Quarter, and army barracks. It’s like fire outbreaks had become a curse in New Orleans as most of the property left during the first fire were burnt down in the 1794 fire outbreak. Fire outbreaks didn’t just end there as they continued in 1816, 1866, and 1919. 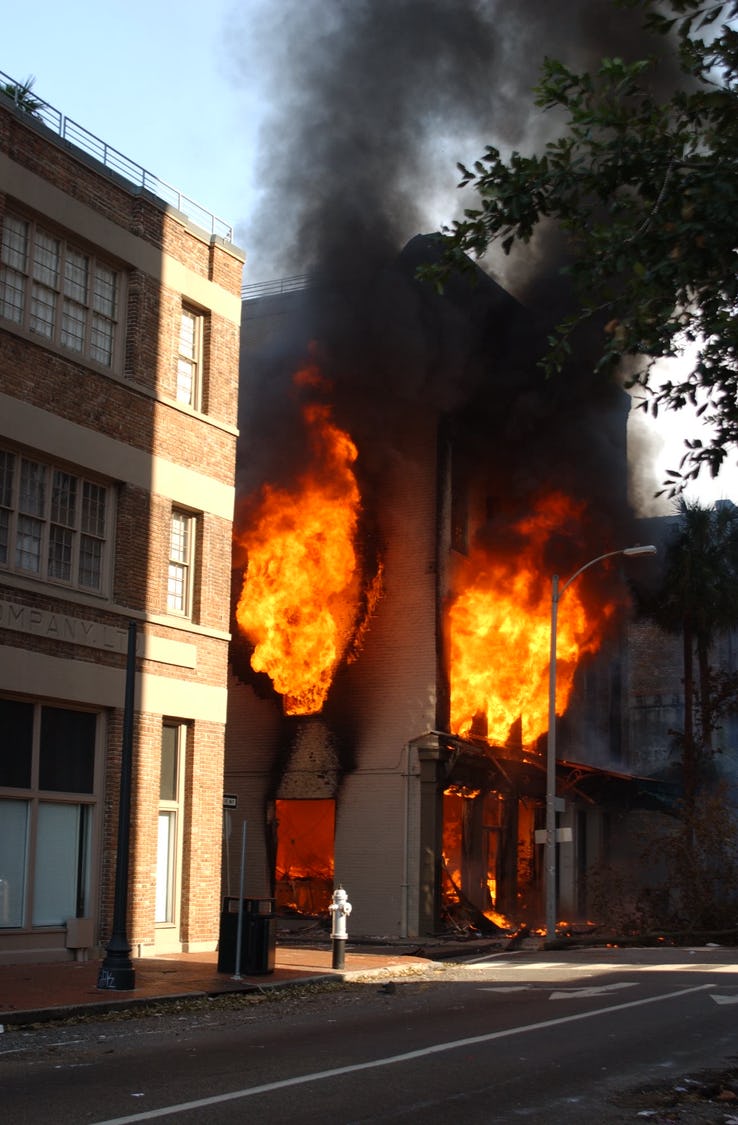 4. Volcano Vesuvius Was A Murderer

The eruption of volcano Vesuvius has been happening for centuries. It, however, erupted distastefully in 1631. The volcano has been sprinkling its neighborhoods with ash and volcano for all those years. Pompeii is a serious tragedy that didn’t equal a volcano. While Vesuvius is less powerful compared to Pompeii, it ended up causing the loss of 6000 lives. It was an apocalypse that took three days leading to the formation of earthquakes, rocks raining, poisonous gases, and tsunamis. This occurrence describes a real hell on earth as people really suffered before they died. Even with so many casualties, Volcano Vesuvius got minimal media coverage. Some preserved footprints moving out of the site were discovered which are used to prove that some people managed to escape the tragedy. Irrespective of whether people escaped or not, chances are they were badly hurt by the time they made their way out. 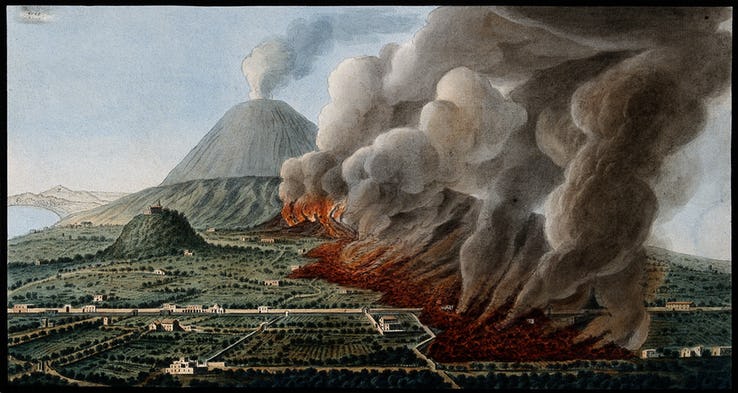 In the year 2012, Aurora Colorado witnessed mass shootout in a movie theatre. Twelve lives were lost in the process. Carli Richards who happens to be among the survivors of the shootout was badly victimized. Following the awful experiences she experienced lots more miseries but no media house bothered to air it. Due to the heavy shootout, she was discovered to have suffered from a post-traumatic stress disorder. She had no choice but to sell the bullets she was shot with to pay the bills. Lots more conspiracy theories were made about her afterward. Most people went ahead to harass Carli on social media as they believed that the shootout was faked. Despite all the happenings, it was impossible for her to get away from the dreadful experience she had that day all of which wasn’t aired. 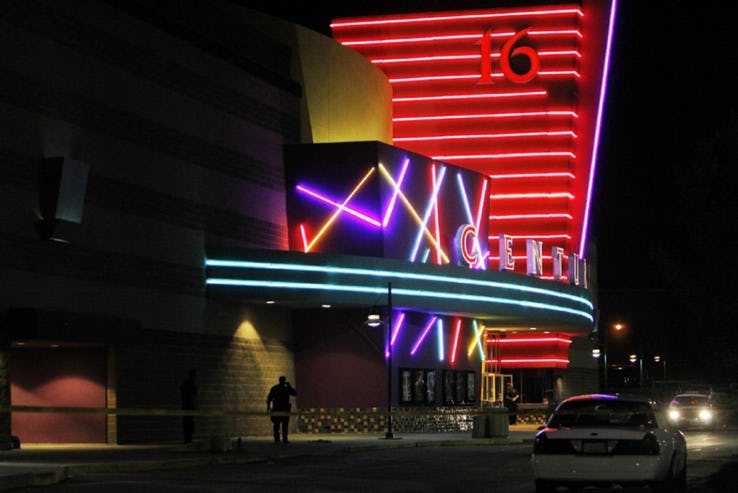 This is a disaster that took almost forever to stop. It took a month for the flood to completely stop and by the time it ended, it left 1693 homes flooded and 11 lives lost. The flood occurred all over the country and it seriously affected more than 30,000 people. It happened during the start of June. Records show that before the flood stopped, 19,536 cows had died. It’s among the largest floods that ever happened in history though it didn’t get much media coverage. It is believed that Niger had experienced serious food crisis prior to the flood although it wasn’t aired until NGOs intervened. The press didn’t consider the floods as anything big till NGOs pushed them to. This may be due to the fact that floods are often termed bad news. They move slowly which makes them look not quite shocking disasters to many.

A 7.5 magnitude earthquake is believed to have occurred in 1976 and ended up leveling most parts of the Guatemala City. It was partially ignored by the media since it didn’t cause much deaths and destruction as the Italian earthquake which occurred at exactly the same time. The moment hit news headlines; it got only one-third coverage when compared to other earthquakes. The Guatemala earthquake alone is believed to have made 23,000 lives to be lost. This earthquake didn’t only cause more deaths compared to other earthquakes but also lead millions to be left homeless. When it started, it spread in a matter of minutes all over the city. As people were enjoying their sleep, they were severely crushed and killed as their buildings were very weak compared to the strength of the earthquake. After the information hit news headlines, specialists began rescuing people in the midst of the rubble. Most of those who were rescued had broken backs and pelvises. 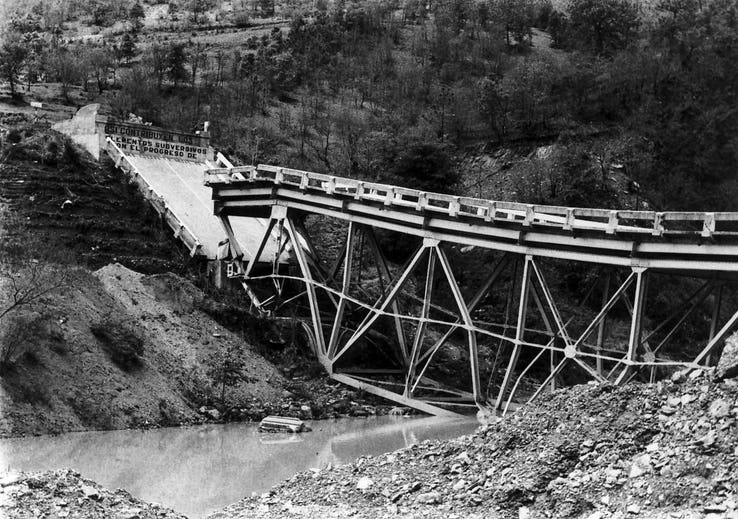