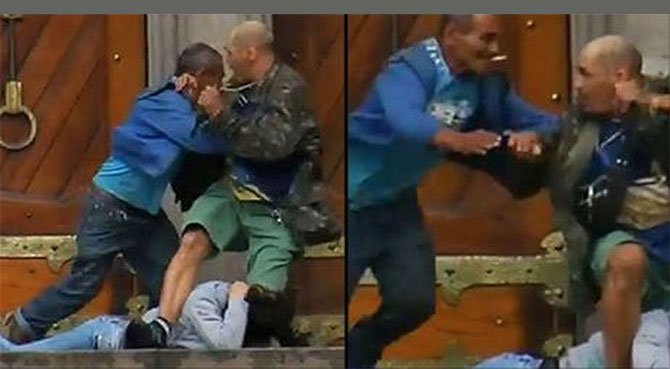 A 61-year-old homeless man fought with a gunman to save a woman’s life just outside the famous Sao Paulo Cathedral in Brazil. The gunman shot him in the chest. Thanks to him, the woman has survived.

The homeless man has been identified as Francisco Erasmo Rodrigues de Lima. He sacrificed his life to save a woman he had never met. The gunman, also identified as Luiz Antonio da Silva (49), was shot later by police after Francisco’s brave intervention. Francisco died at the scene.

Thousands of netizens who saw the video are now demanding the authorities in Brazil to honor Francisco by giving him a decent burial.

Warning: Some may find this video distressing.

Francisco Erasmo Rodrigues de Lima was a very brave man and a hero. We mourn his death.