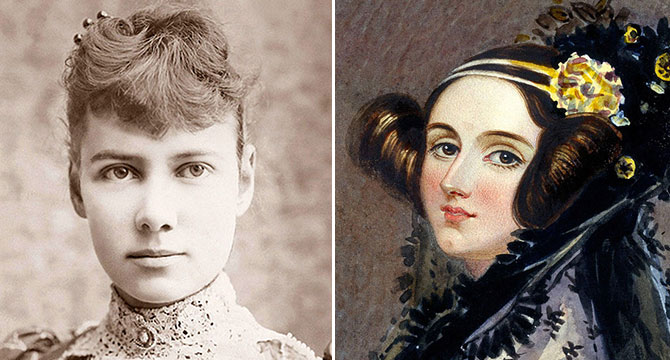 These are just some of the women in history who didn’t give a f*ck. 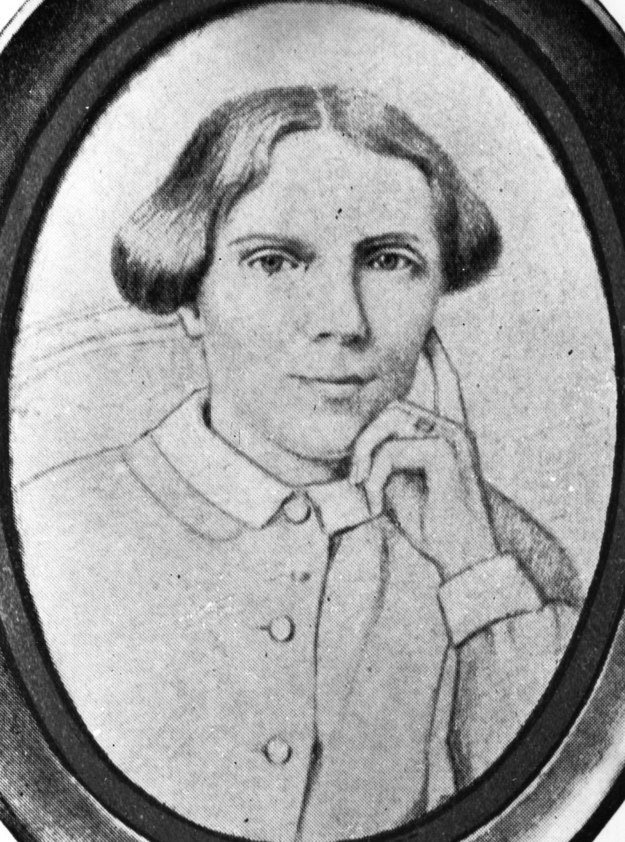 English-born physician Elizabeth Blackwell was the first female MD in the United States. Rejected by many medical schools due to her gender, she ended up getting a place at the Geneva Medical College in New York, where she had to put up with a lot of douchebag classmates and a professor who thought she should leave the room for lectures on reproductive anatomy in order to protect her “delicate sensibilities”.

Turned out she didn’t give a fuck about delicate sensibilities and went on to become a world-famous obstetrician. 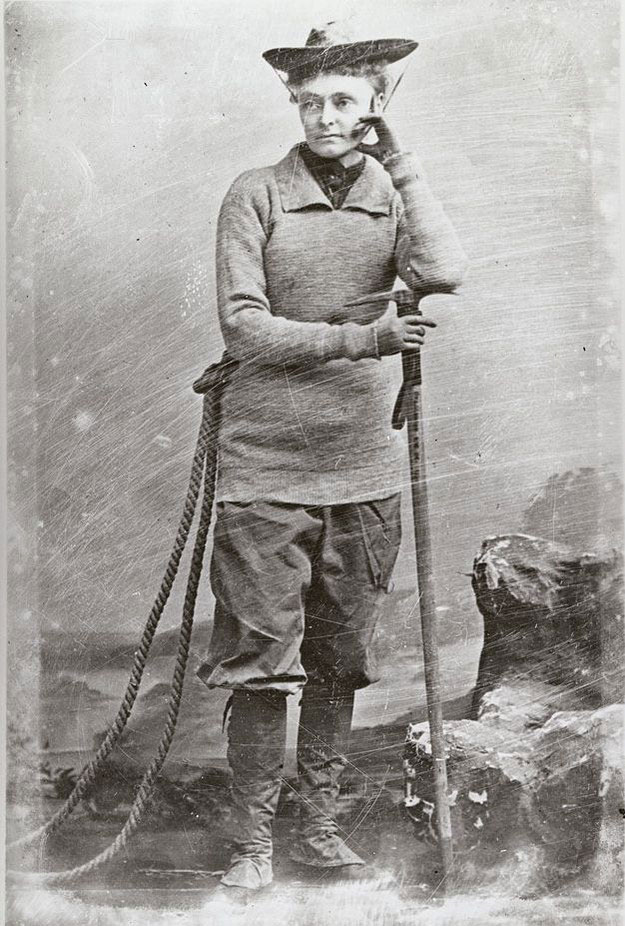 It is quite possible that no one has ever given less of a fuck in a photograph than mountaineer Annie Smith Peck.
Peck scaled all the major mountains of Europe, then went to South America, where in 1908 she was the first person to scale Peru’s highest peak, Mt Huscaran, gaining international acclaim.

She was also an influential scholar, writing multiple books and lecturing around the world. She kept climbing until the age of 82.

Oh, and she didn’t wear the long skirts expected of women at the time.

And people were like, “OoOOooOooOh but Annie! Such immodesty!”

But did she give any fucks about them? 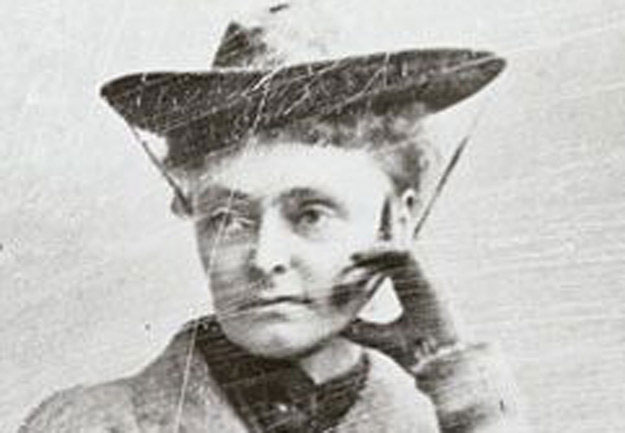 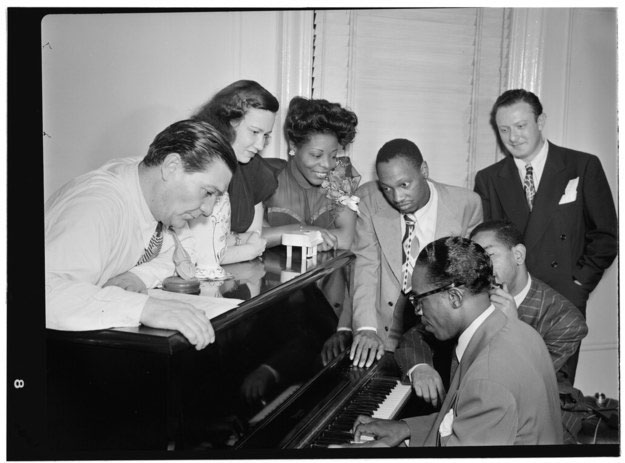 Mary Lou Williams, pictured third from the left not giving a single fuck, was a pianist prodigy and one of the most influential musicians and composers of the first three decades of jazz. She performed professionally from the age of 12, was a great influence on “Kansas City swing” big-band jazz and bebop, composed music in multiple genres, and was 100% badass all of the time.

Here she is again, without a second to spare for anyone’s bullshit. 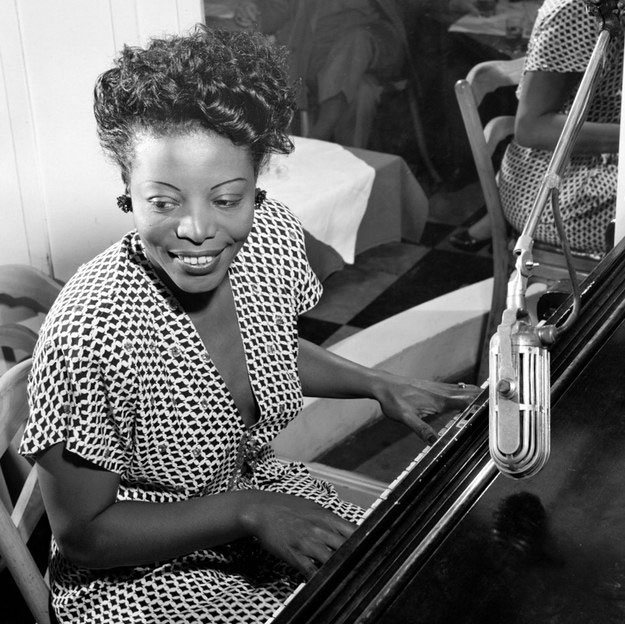 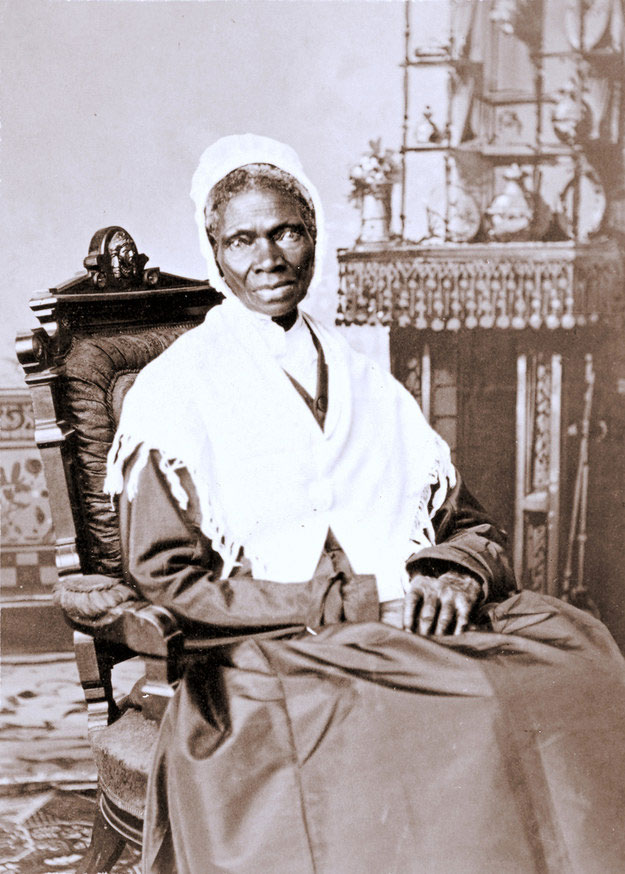 Abolitionist and women’s rights activist Sojourner Truth once engaged in the following exchange with the young suffragist Harriot Stanton Blatch in which she gave literally no fucks: 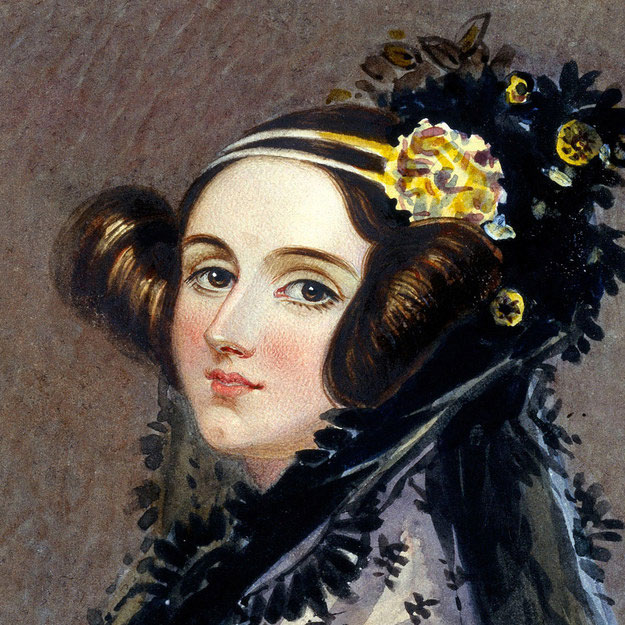 Ada Lovelace was a mathematician (and an absolute baller) who is widely considered to have written the first computer program, working with Charles Babbage on his plans for a sort of proto-computer, the “analytic engine”.

Babbage once entreated her:

“Forget this world and all its troubles and if possible
its multitudinous Charlatans – everything in short but
the Enchantress of Numbers.”

“Don’t give a single fuck.”

Beatrice Potter Webb was a social reformer, economist, and historian who campaigned with her husband Sidney for policies to benefit the urban poor, working towards the first minimum wage laws, developing the early Labour party in Britain, authoring hundreds of books, and founding the London School of Economics – all while giving no fucks. 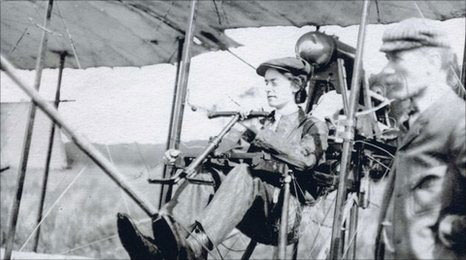 Journalist and aviator Lilian Bland lived a life full of badassery. In 1910, she built her own plane in Ireland. She didn’t have a fuel tank for it, so she fashioned one from an empty whisky bottle and her aunt’s ear trumpet. She then flew it for 30 yards – a very impressive flight for those days.

Her hobbies included smoking, wearing trousers, martial arts, motor cars, and swearing. She passed her retirement in Cornwall gambling, drinking, and painting – all the while, of course, giving no fucks. 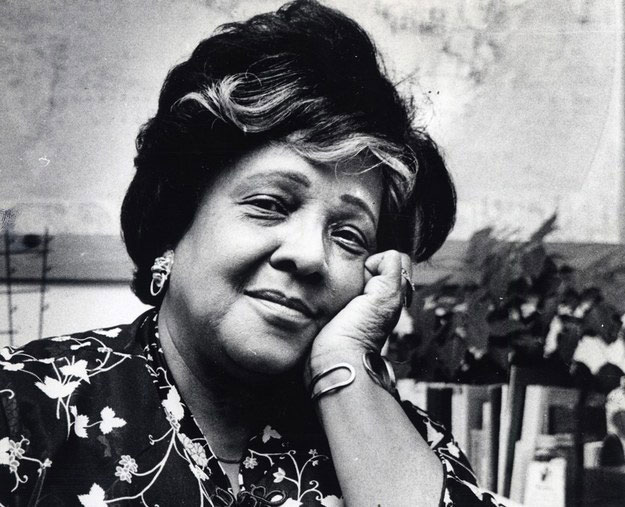 Ethel L. Payne was an absolutely kickass investigative journalist who covered the American Civil Rights Movement and international affairs. As a member of the White House Press Corps, she once famously pissed off President Eisenhower with her persistent questioning on desegregating interstate travel, leading him to ignore her in future press conferences like an absolute ninny.

Over the course of a long career, she reported for the Chicago Defender on stories from across the globe, and became the first female African-American commentator on a national network when she was hired by CBS in the 1970s. Some detractors complained about her assertive questioning style. Luckily, she did not give a single fuck about those assholes. 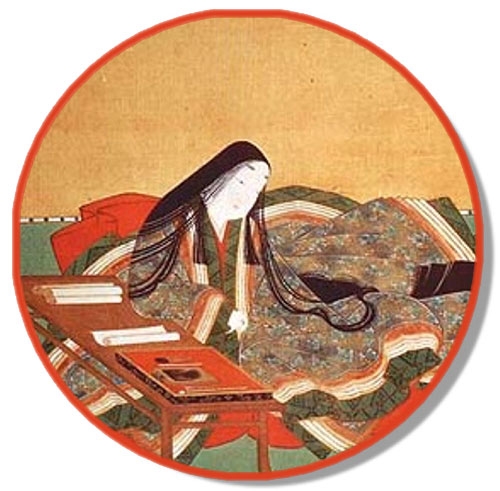 Murasaki Shikibu was a lady-in-waiting in Japan’s imperial court during the Heian period, and wrote what is believed to be the first novel in human history: The Tale of Genji.

Her father apparently praised her intelligence, but lamented that she was “born a woman”. In her diary, she records that she learned Chinese by listening through the door to the lessons her father gave her brother, because women were not meant to learn Chinese. Murasaki Shikibu, however, gave no fucks about this whatsoever. 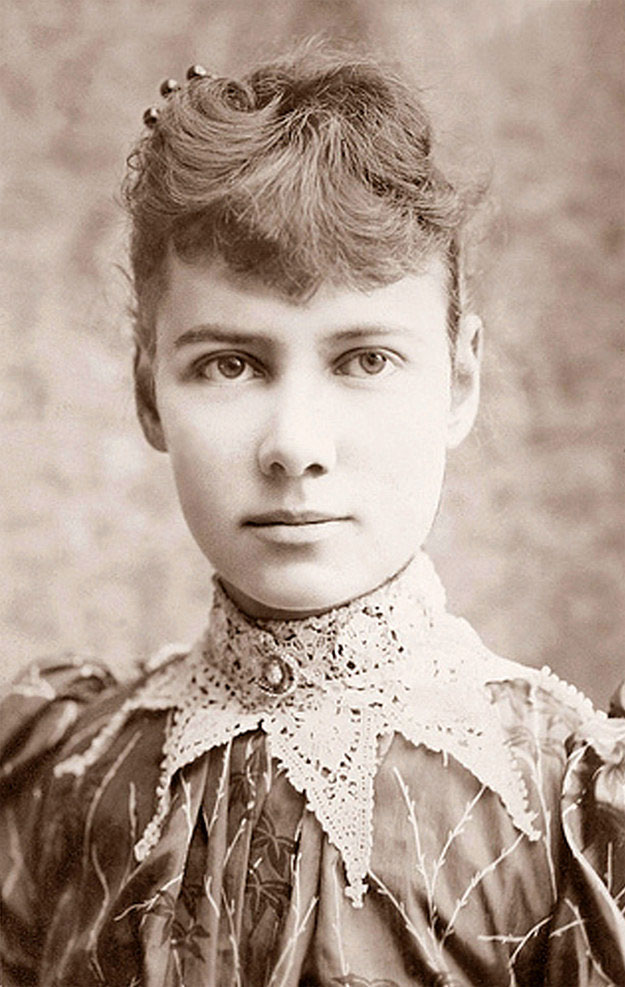 Nellie Bly was a daring and influential investigative journalist who wrote groundbreaking stories about political corruption and poverty. She once faked madness in order to report undercover from an abusive mental institution in New York City, which led to outcry and reform. Her jealous peers referred to her investigations as “stunt reporting”, but Nellie, of course, didn’t give a fuck about those whiny little shits.

Oh, and she once traveled around the world in a record-breaking 72 days, just ‘cause. 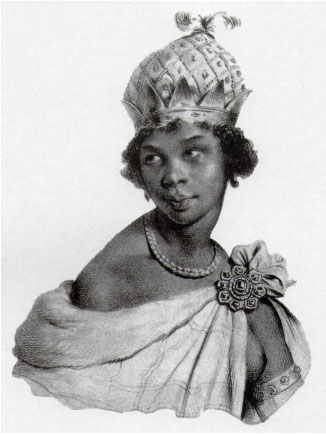 Nzinga Mbandi, the Queen of Ndongo and Matamba (modern day Angola), was a straight-up boss bitch. She took power when her brother Ngola Mbandi died in 1624, and gained international acclaim for her brilliance in diplomacy, military tactics, and giving zero fucks. Her skill in warfare, espionage, trade, alliance-building, and religious matters helped her hold off Portuguese colonialism for the duration of her life. 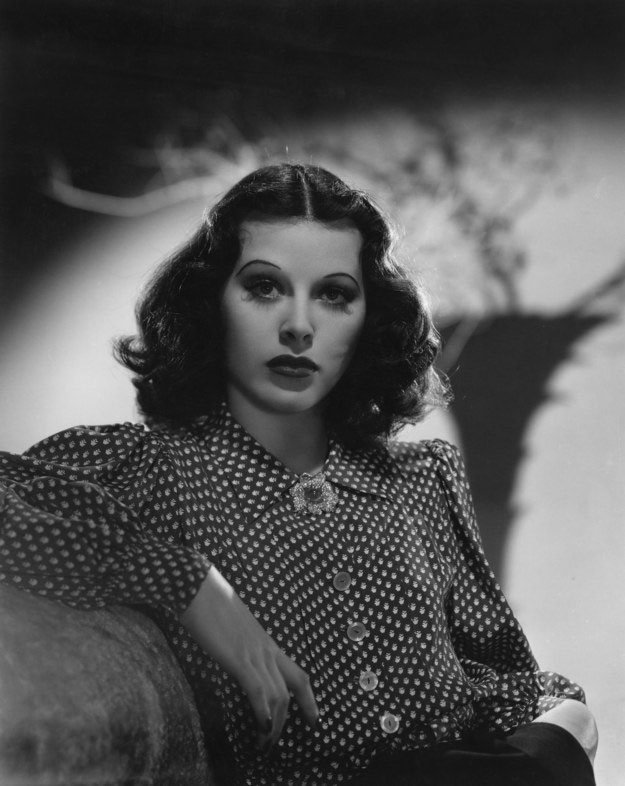 This is the face that Austrian-born American actress and inventor Hedy Lamarr would make when she gave no fucks, which is to say, the face she made every single day. She invented “frequency hopping” technology, which was put to use in a secret communications system and in radio-controlled torpedoes in WWII, which in turn laid the foundations for future technological developments such as Wi-Fi and GPS.

She was also a movie star.

Because why the fuck not?