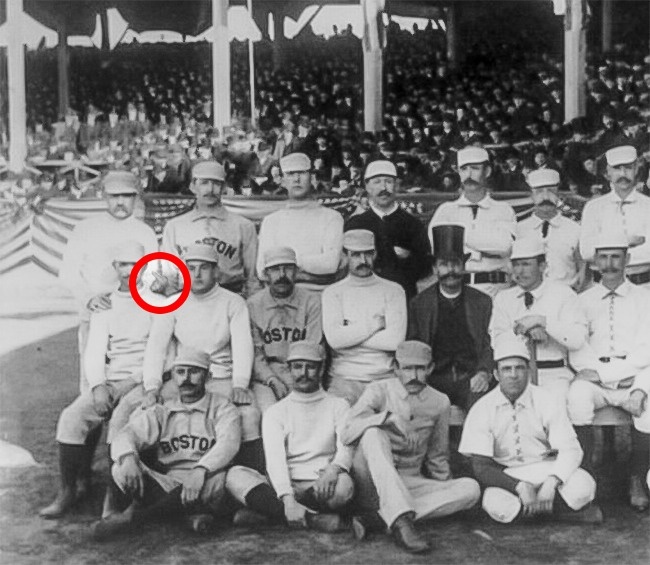 Thanks to photographers from the past, we now have these interesting that give us ideas of what it was like in the past. 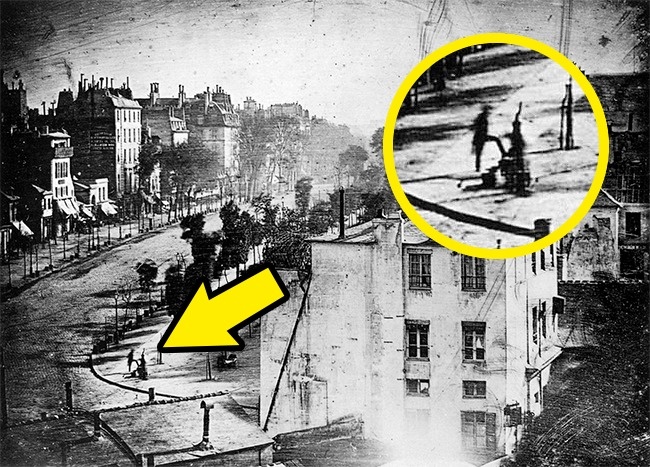 It’s a daguerreotype image of the Boulevard du Temple in Paris, made by Louis Daguerre from his window in the spring of 1838. There could have been a lot more people in the image, but because of the long exposure, Daguerre managed to capture only a shoe cleaner and his client. 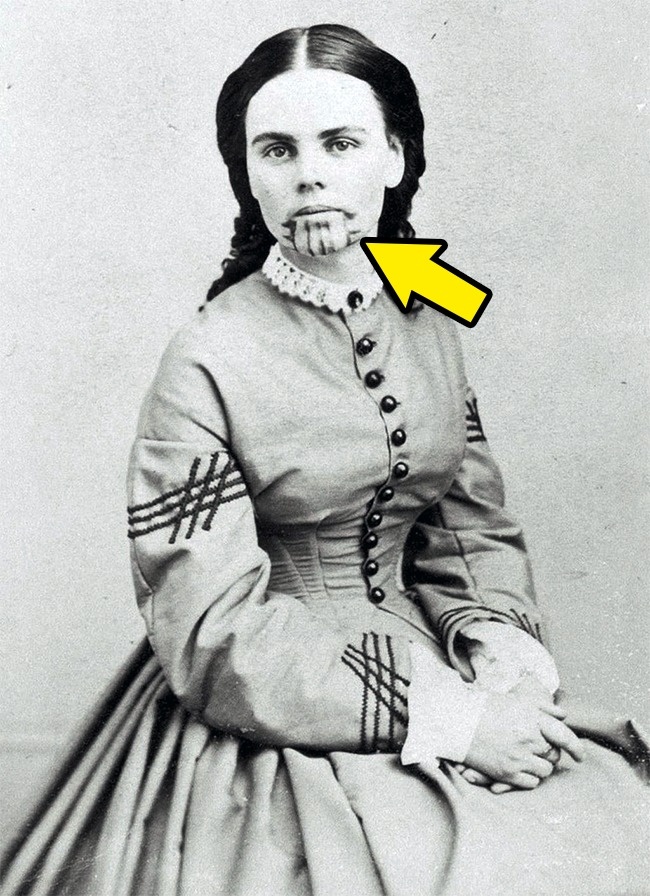 Olive Oatman’s parents were killed in 1859 when she was 14. She was kidnapped by Indians and sold into the slavery of the Mohave. After 5 years living with the tribe, the young woman managed to return to American society. Perhaps the Mohave treated Olive not as a slave but as an equal because they made her tattoos they themselves wore.

3. The first known photograph of an obscene gesture, 1886

This act remains in world history as the first obscene gesture captured in a photo. 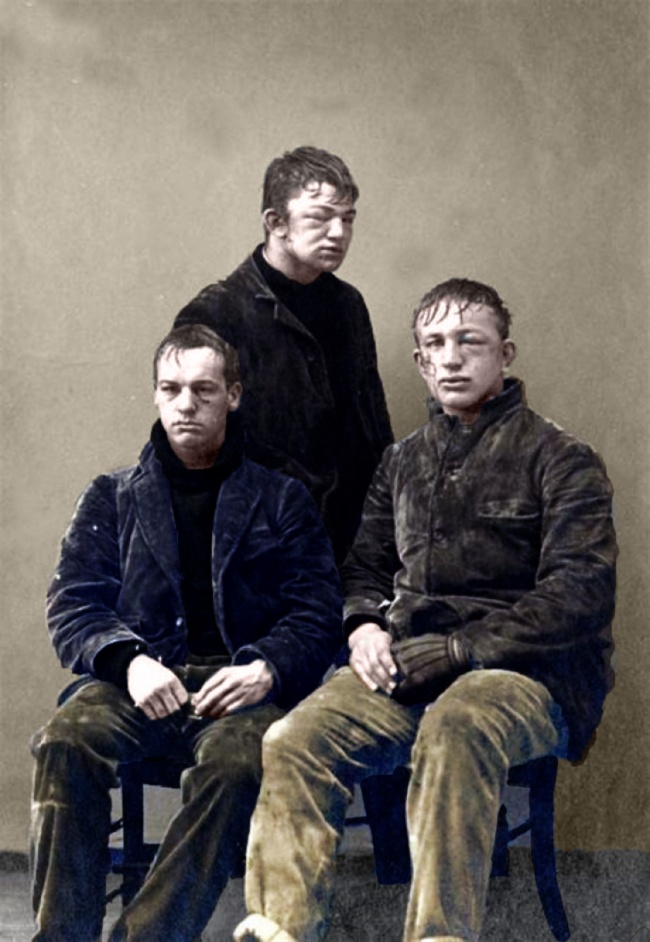 What the Princeton students looked like after a snowball fight.

5. A sculptor helps a veteran disguise the consequences of injuries, 1917 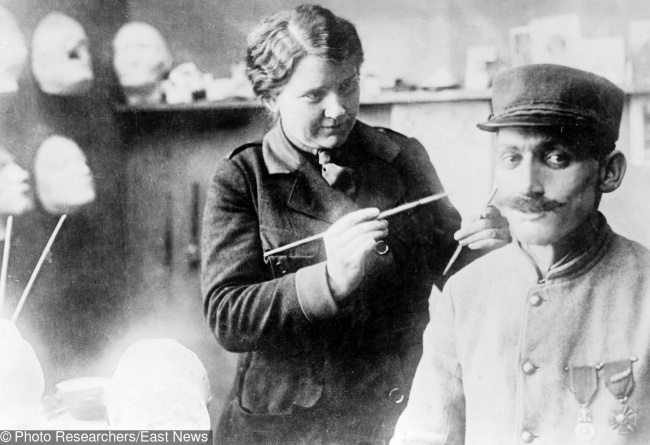 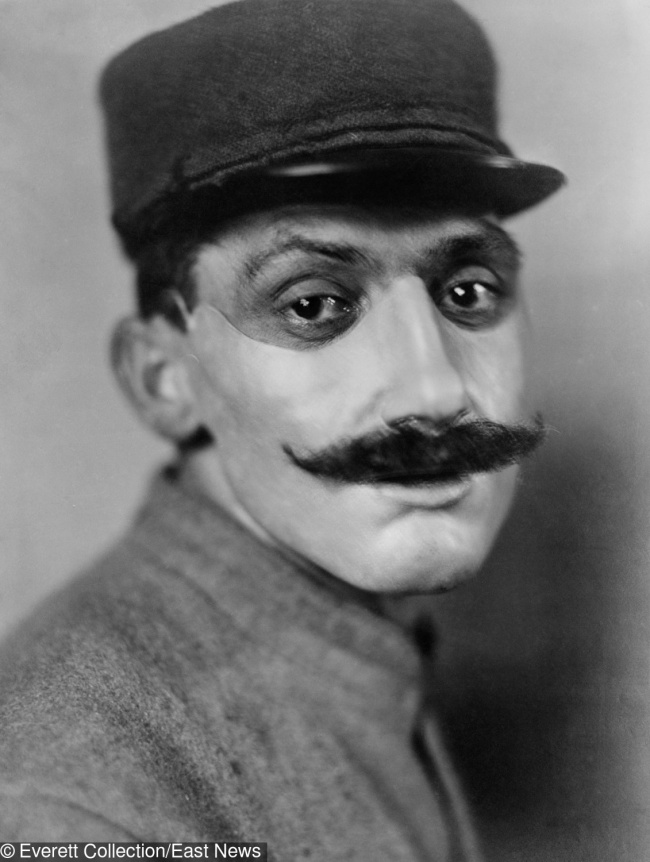 Plastic surgery was far from perfect during this time. The alternative was to mask the lost parts of the face. One expert that stood out during this was the sculptor Anna Coleman Ladd. With her skills, he helped many soldiers who suffered after the war and went on to have relationships and stopped thinking of suicide.

6. The tallest person in the history of medical observations, 1930s 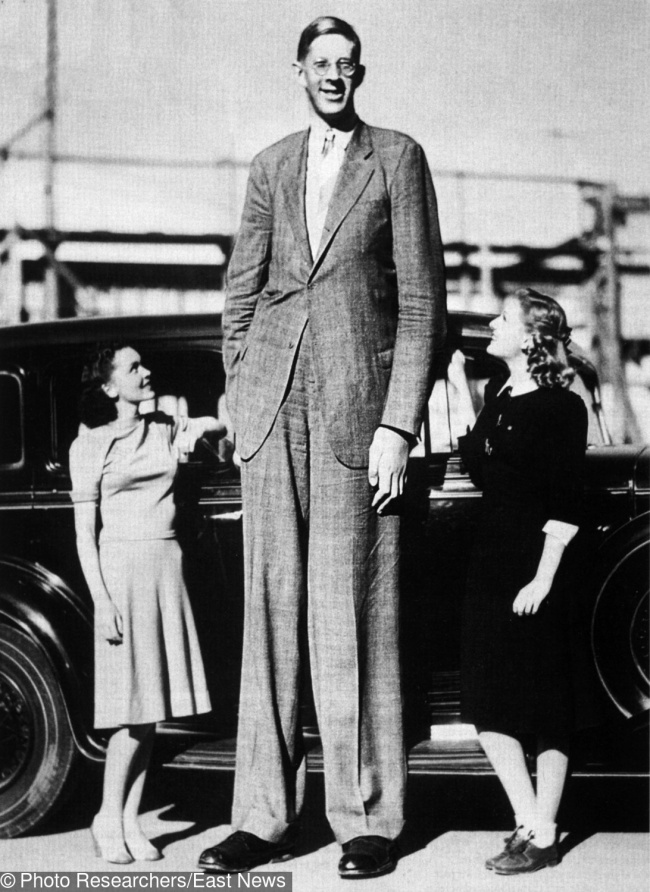 7. A German worker refuses to raise his hand in the Nazi salute, 1936 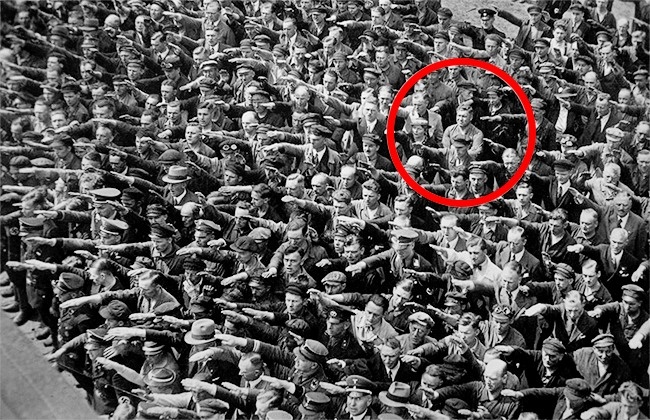 The man was later identified as August Landmesser. He expressed disagreement with the Third Reich policy because of which he couldn’t marry his Jewish girlfriend, Irma Eckler who was later sent to a concentration camp. August entered a penal battalion and disappeared. 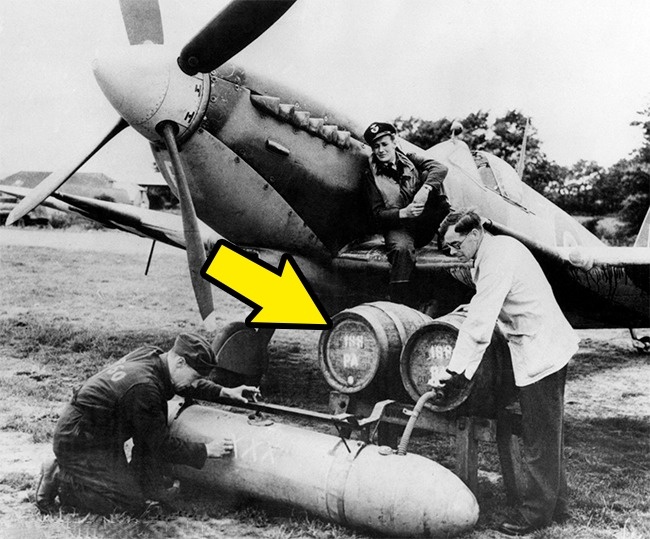 This was the way it was carried to British soldiers fighting in Normandy during World War II.

9. The future Queen Elizabeth II serving in the army, 1945 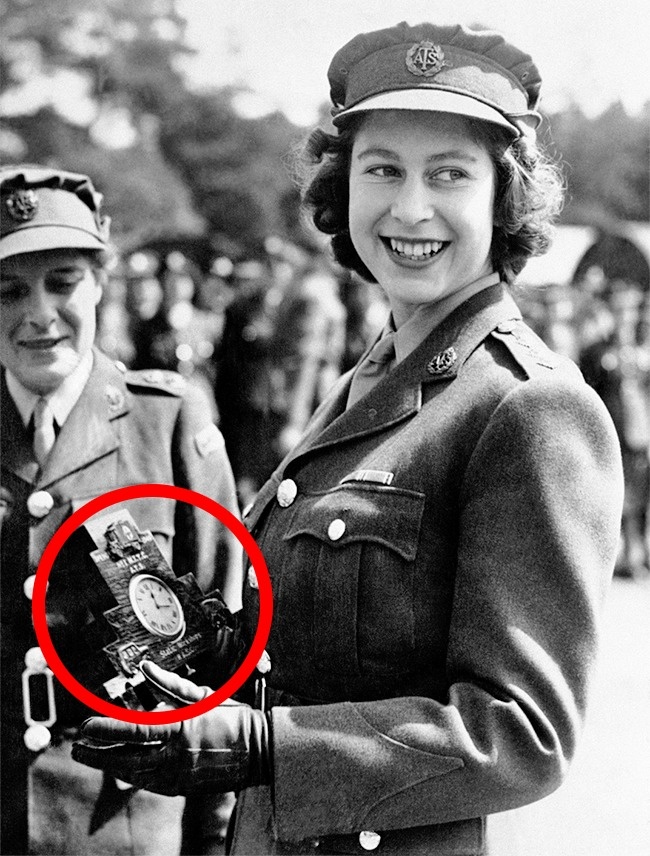 The future Queen of England served in the Women’s Auxiliary Territorial Service during WWII as a mechanic and ambulance driver. In this photo, Princess Elizabeth holds a clock in her hands — a gift from her coworkers. 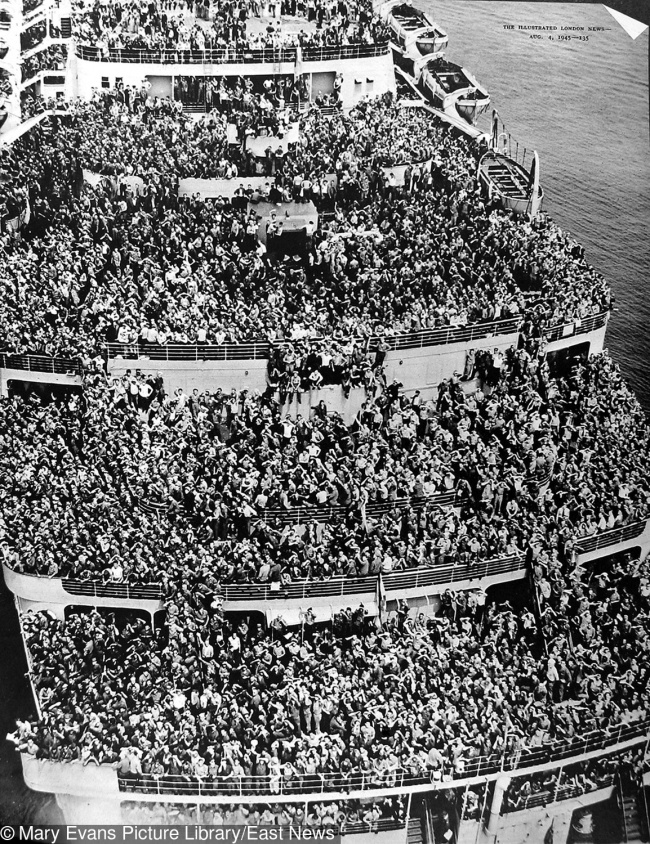 After the military action in Western Europe was finished, the Queen Elizabeth safely delivered American soldiers to New York. 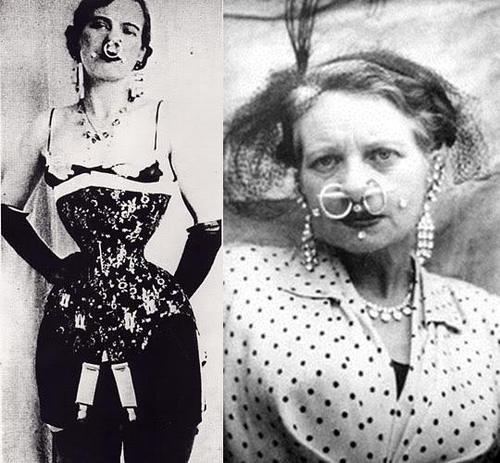 British woman Ethel Granger decided to change extremely to please her husband, William. She had to wear corsets, not taking them off at night, as well as high heels and piercings, for which Ethel’s husband personally pierced her nose with a silver needle. Over time, the woman’s waist reduced from a natural 62cm (24.4″) to 33cm (13″) that got her into the Guinness World Records. 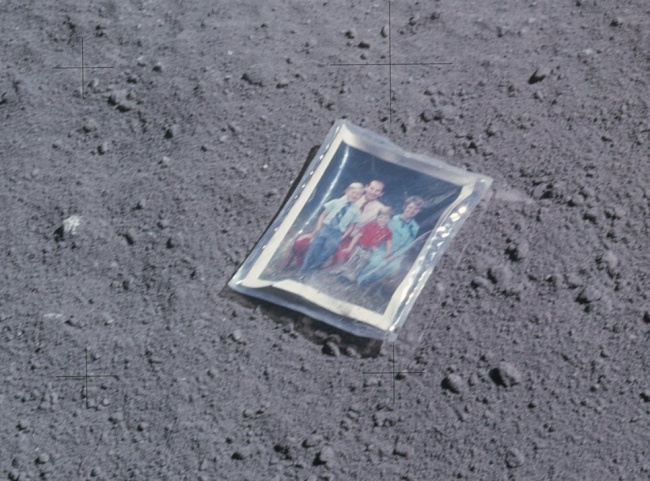 Astronaut Charles Duke, who took part in the Apollo 16 mission as a Lunar Module Pilot, left his family photo (Charles, his wife, Dorothy, and their sons Charles Jr. and Thomas) on the surface of the Moon. 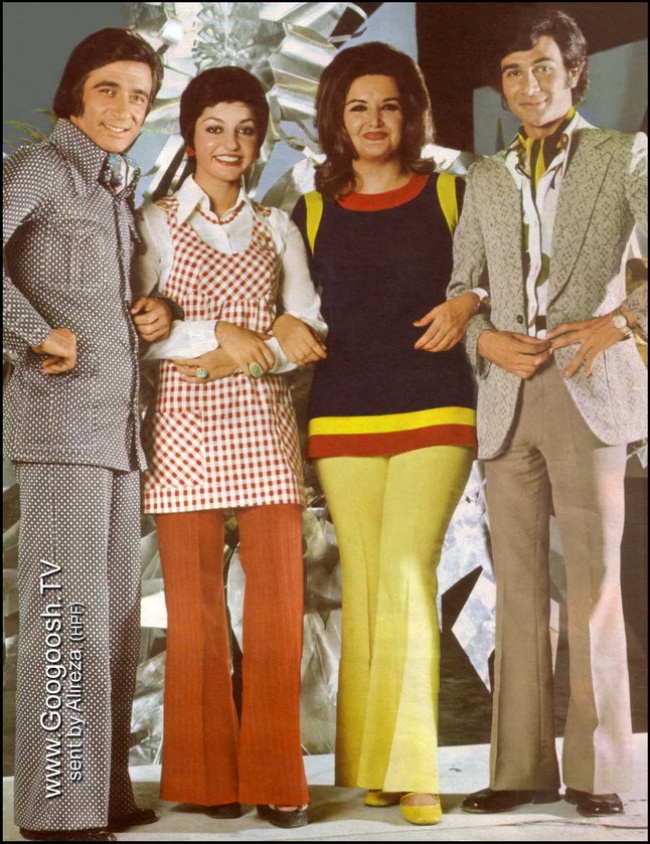 Many Iranians looked like Europeans or Americans before the Islamic Revolution of 1979. They wore fashionable clothes, women didn’t hide their hair, and they didn’t even hesitate to appear on a beach in a bikini. 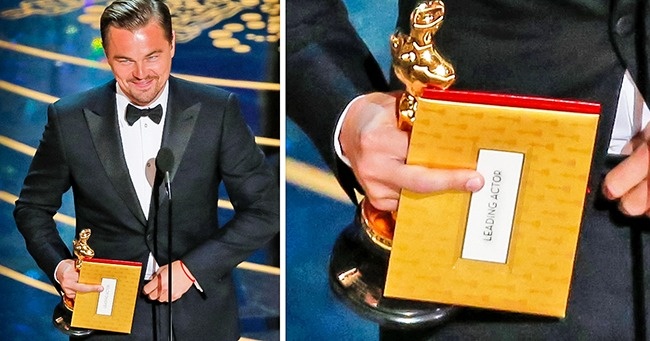 This photo of Leonardo will certainly be remembered in film history. Leo finally received his well-deserved Oscar. The actor was so happy that he couldn’t resist a little gesture. Let’s not blame him for this because he has been waiting for this moment for 12 years of brilliant acting.