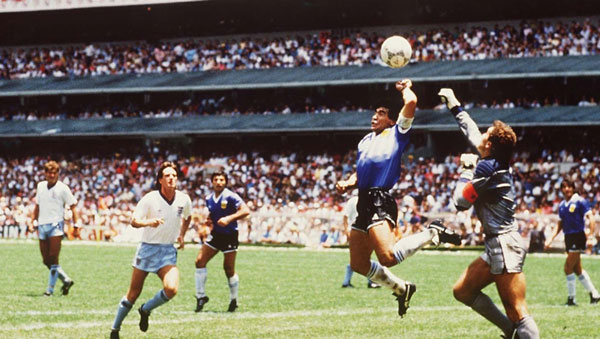 On June 22, 1986, Argentina’s 2-1 defeated its rival England in front of 115,000 fans. The momentous World Cup event is remembered entirely for two moments from Diego Maradona that would ultimately settle a contest seething with political overtones. 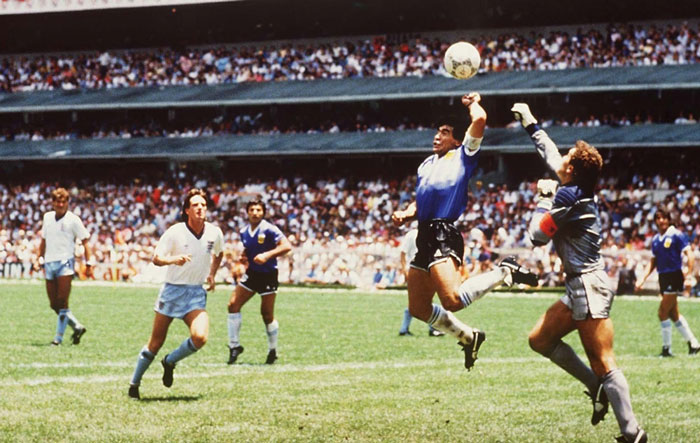 Argentina’s greatest-ever player, Diego Armando Maradona scored both goals in the 2-1 victory. Six minutes into the second half, Maradona cut inside from the left and played a diagonal low pass to the edge of the area to his teammate Jorge Valdano and continued his run in the hope of a one-two movement.

Maradona’s pass was played slightly behind Valdano and reached England’s Steve Hodge, the left midfielder who had dropped back to defend.

Hodge tried to hook the ball clear but miscued it. The ball screwed off his foot and into the penalty area, toward Maradona, who had continued his run. England goalkeeper Peter Shilton came out of his goal to punch the ball clear.

Maradona, despite being only 5-foot-5 in height (1.65 m) compared to the 6-foot-1 (1.85 m) Shilton, reached it first with his outside left hand. The ball went into the goal. Referee Ali Bin Nasser of Tunisia claimed he did not see the infringement and allowed the goal, much to the chagrin of the English players, management and the stunned fans.

England complained vociferously to the referee, but the goal stood. 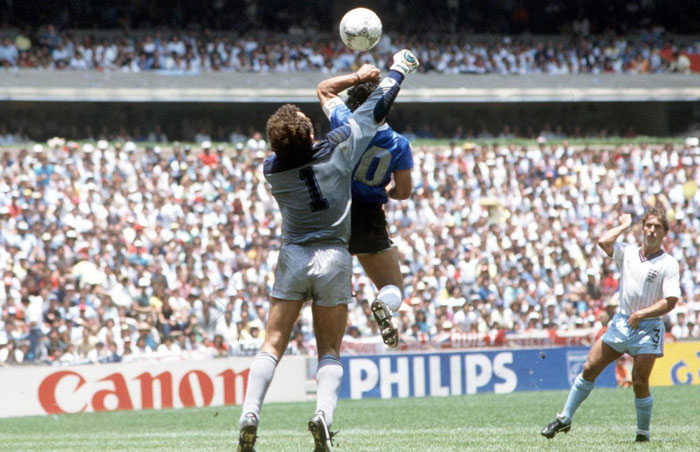 Maradona later said, “I was waiting for my teammates to embrace me, and no one came… I told them: ‘Come hug me, or the referee isn’t going to allow it”.

That goal intensified the bitter rivalry between the two nations: the English now felt that they had been cheated out of a possible World Cup victory, while the Argentines enjoyed the manner in which they had taken the lead.

“Although we had said before the game that football had nothing to do with the Malvinas war, we knew they had killed a lot of Argentine boys there, killed them like little birds. And this was revenge”. 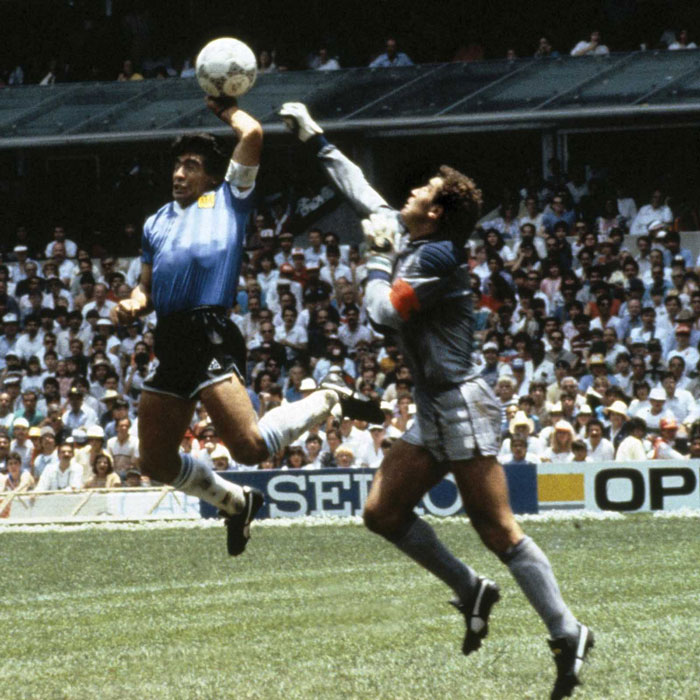 Then 4 minutes after the Hand of God goal, however, came The Goal of the Century by once again Diego Maradona. It was so called because it is often claimed to be the greatest individual goal of all time. Later on the game Gary Lineker scored for England but they were unable to score an equalizer and Argentina won 2–1.

Following the game, Maradona stated: “Although we had said before the game that football had nothing to do with the Malvinas war, we knew they had killed a lot of Argentine boys there, killed them like little birds. And this was revenge”.

Maradona’s ‘Hand of God’ goal remains one of the most iconic and controversial moments in World Cup history. But behind it lies a rivalry between Argentina and England that stretched far beyond the football field (1986). Here’s the video: