The right photo below shows how the scene looks now 180 years after that historic first photo.

A lot has changed in Paris since then. If you took a photograph today using the same technique, you probably wouldn’t be able to make out anybody at all.

The first photograph ever to include a human being – and how the street in Paris looks today.

Louis Daguerre’s view of the Boulevard du Temple in Paris was captured in 1838. The pioneering photographer used the daguerreotype method that took around 7 minutes to develop a single image.

With such a long exposure, this could mean that anything moving around was not picked up by the camera. The only human being to be ever captured was a man who had stopped to have his shoes shined that historic day in photography.

Daguerre’s image of Boulevard du Temple, Paris, 3rd arrondissement, in 1838. The man having his shoes shined can be seen in the bottom left. 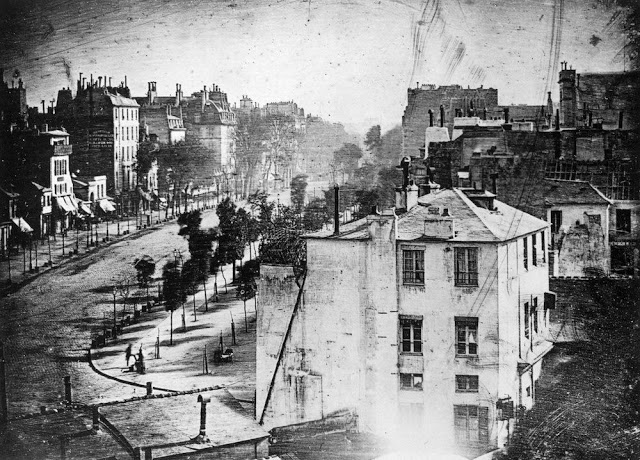 If we take a photo today using the same daguerreotype method, it is unlikely we would find a human being who would stay still long enough to be captured by the camera.

The daguerreotype photography is created using a chemically-treated silver plate.

Boulevard du Temple in Paris, as it looks today. 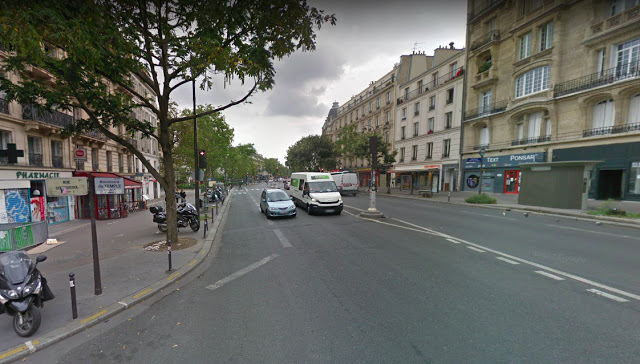 In the history of photography, Daguerre’s technique was the first ever to produce an image sharp enough to be widely replicated. His method was the first to be adopted around the world.

The street is called the Boulevard du Temple, which was part of a fashionable area of shops, cafés and theaters during that time. It was nicknamed the “Boulevard du Crime” because of the many crime melodramas playing in its theaters.

The historic street was later lost when Baron Haussmann, under the instructions of Napoleon III, remodeled and modernized Paris. Narrow streets were removed, eliminating old streets of the medieval city and replacing them with parks and open spaces. This process began in 1853.

While the first human being ever to be photographed is the only recognizable person in the photo, a closer examination of the image reveals other possible people.