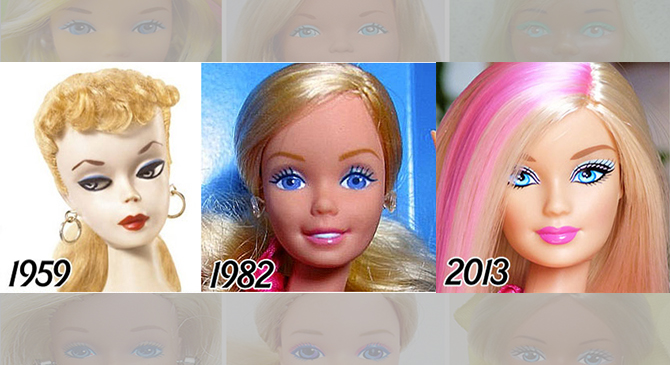 From Tumblr user tenaflyviper, come take a look at how Barbie’s face has changed over the past 56 years.

Tenaflyviper collected headshots of the iconic doll from 1959 (when it was first released) until 2005 and created a collage so we can watch them evolve.

“I was curious as to exactly how Barbie’s face has changed across the 56-year span she’s been around,” writes Tenaflyviper. “Personally, I think the molds they used from 1987-1995 are the cutest, but I was still a little girl playing with Barbies at that time, so I may be a bit biased.” 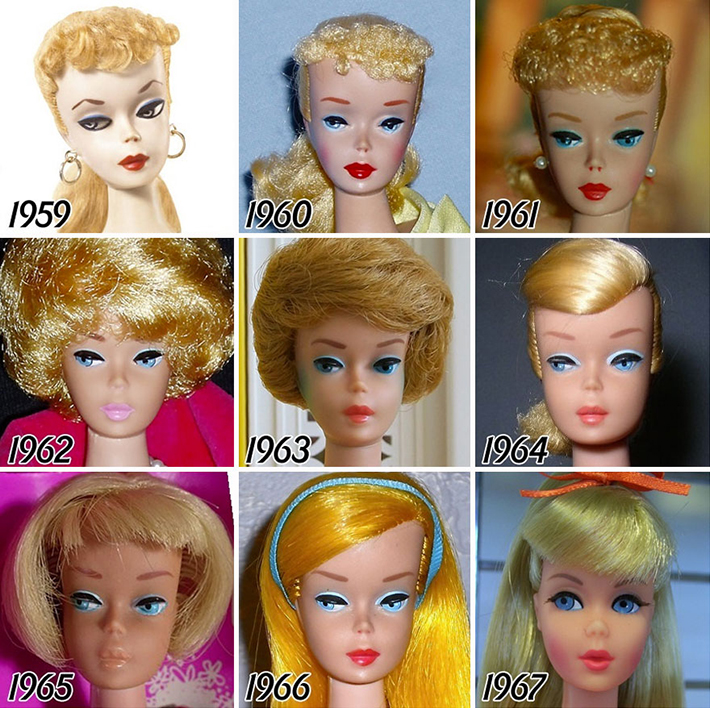 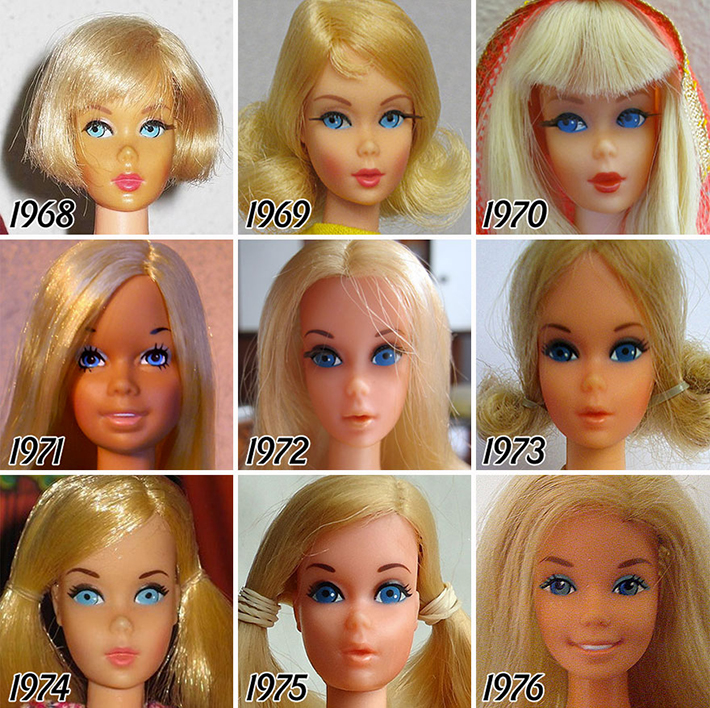 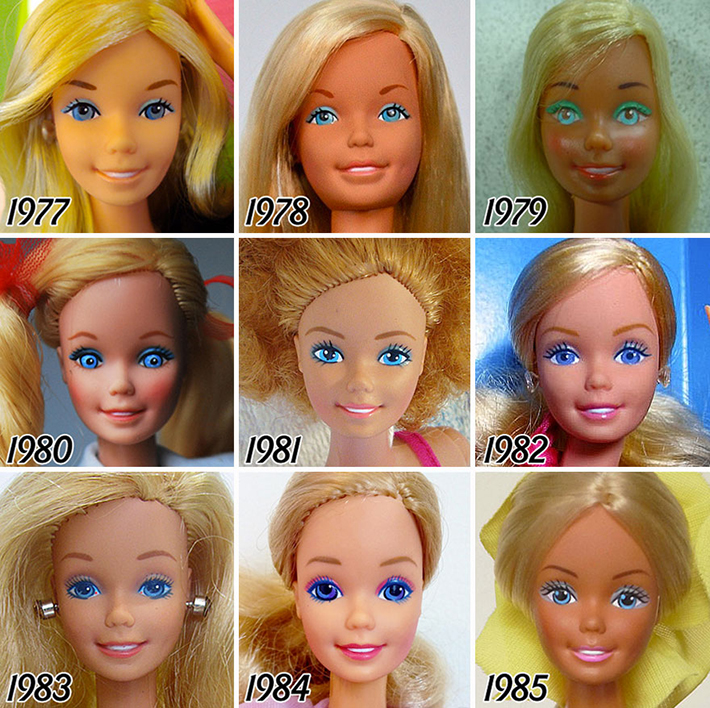 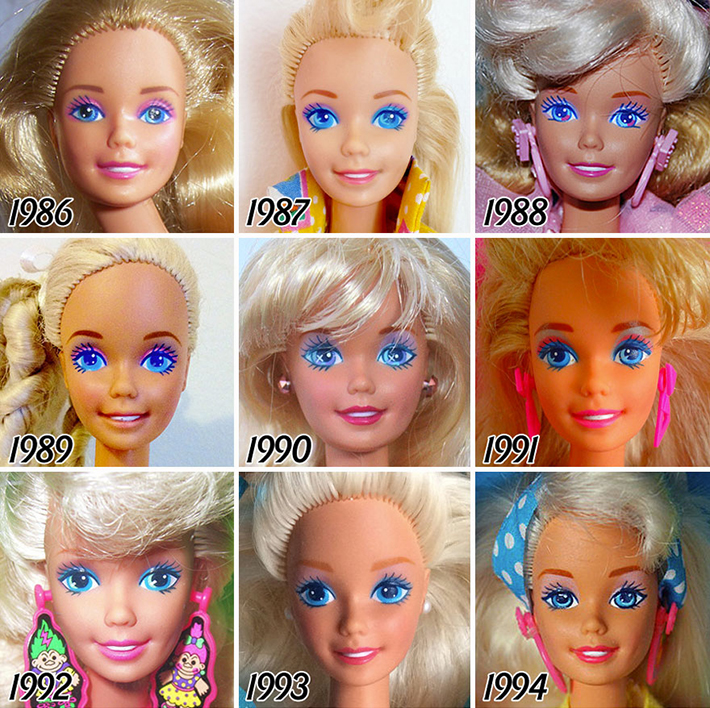 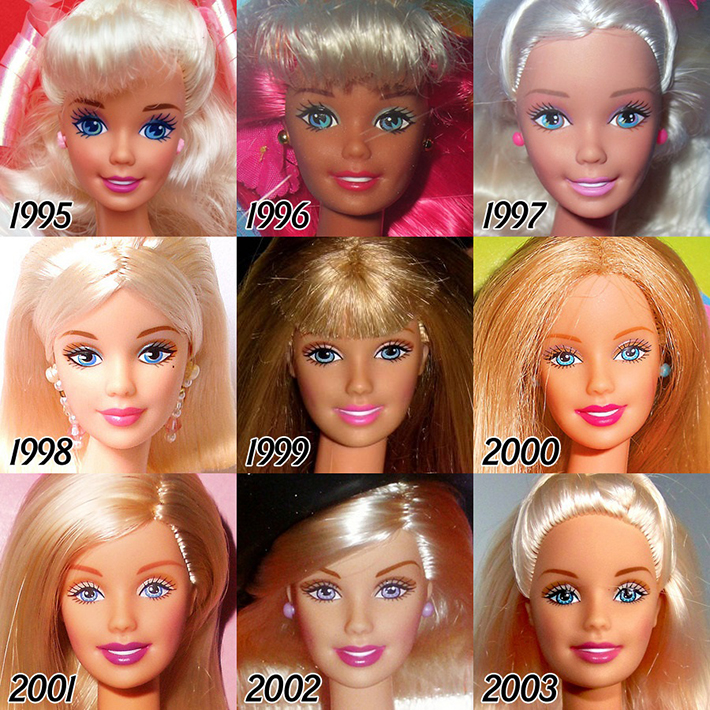 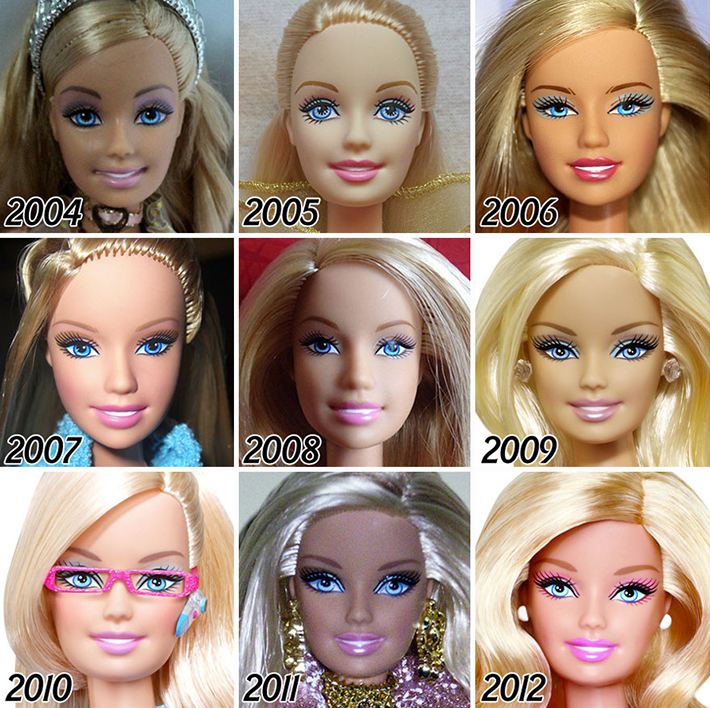