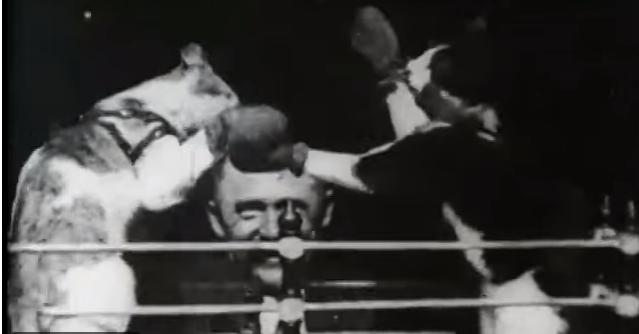 How the movie industry became the giant that it is today is all thanks to the amazing people (back in the 1880s) who experimented with photos, stitching them together to produce the illusion of a motion picture.

Whether you’re a cineaste or just a regular movie buff, these nine of the earliest films ever made will be an enjoyable treat.

1. First film ever made (1878)
The Horse in Motion was successfully filmed in 1878 by English photographer, Edward Muybridge. The series of photos were taken in Palo Alto, California using multiple cameras. The snapshots were assembled to create a single motion picture. It was considered one the earliest forms of videography.

Fun fact: The movie was made to scientifically answer the question: “Are all four of a horse’s hooves ever off the ground at the same time while the horse is galloping?”.

In 1893, famous inventor Thomas Edison built the first movie studio called the Black Maria which made nearly 1,200 films, some of which captured the first of its kind scenes in film.

4. First cat video(1894)
This easily becomes the top of my favorite cat videos. I mean, two cats in a boxing match complete with gloves and a boxing ring? C’mon! There’s not much info on this one other than it was filmed on July 1984 in Edison’s Black Maria studio.