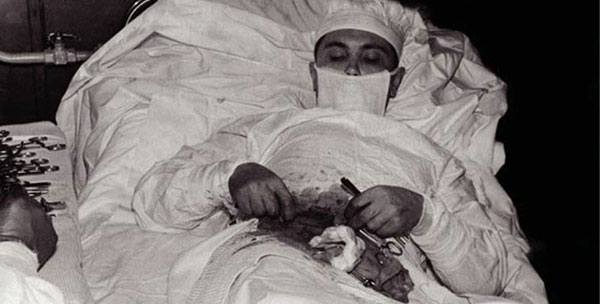 Dr. Leonid Rogozov took part in a Soviet Antarctic Expedition in 1961. One morning the doctor experienced weakness, nausea and moderate fever. He later felt pain in the lower right portion of the abdomen. That’s when he knew he had acute appendicitis, and if he was to survive the expedition, he had to do something — he had to perform an appendectomy on himself!

Rogozov wrote in his diary:

“It seems that I have appendicitis. I am keeping quiet about it, even smiling. Why frighten my friends? Who could be of help? A polar explorer’s only encounter with medicine is likely to have been in a dentist’s chair”. 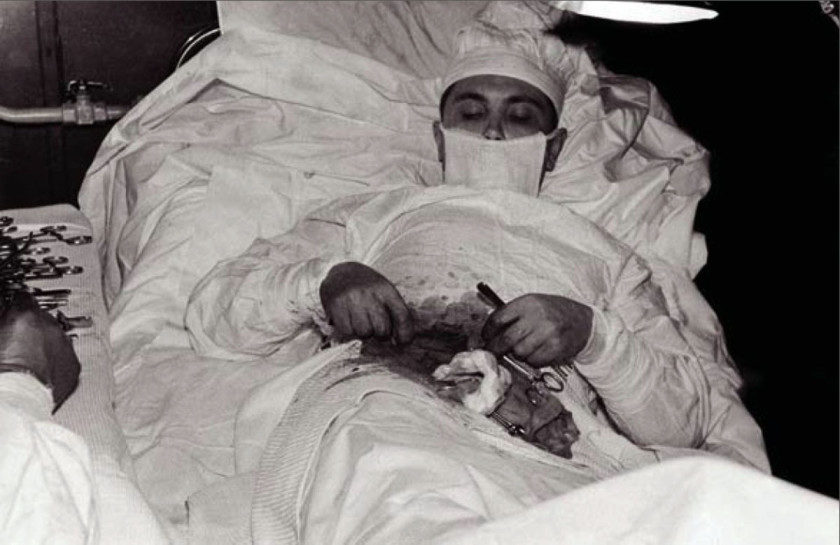 After 30-40 minutes he started to take short breaks because of general weakness and vertigo. Finally he was able to successfully remove the severely affected appendix. He applied antibiotics in the peritoneal cavity and sutured the wound close. The operation itself lasted an hour and 45 minutes. Partway through, his assisting team took photos of the operation.

“I worked without gloves. It was hard to see. The mirror helps, but it also hinders—after all, it’s showing things backwards. I work mainly by touch. The bleeding is quite heavy, but I take my time—I try to work surely. Opening the peritoneum, I injured the blind gut and had to sew it up. Suddenly it flashed through my mind: there are more injuries here and I didn’t notice them… I grow weaker and weaker, my head starts to spin. Every 4-5 minutes I rest for 20-25 seconds. Finally, here it is, the cursed appendage! With horror I notice the dark stain at its base. That means just a day longer and it would have burst and… At the worst moment of removing the appendix I flagged: my heart seized up and noticeably slowed; my hands felt like rubber. Well, I thought, it’s going to end badly. And all that was left was removing the appendix… And then I realized that, basically, I was already saved”. 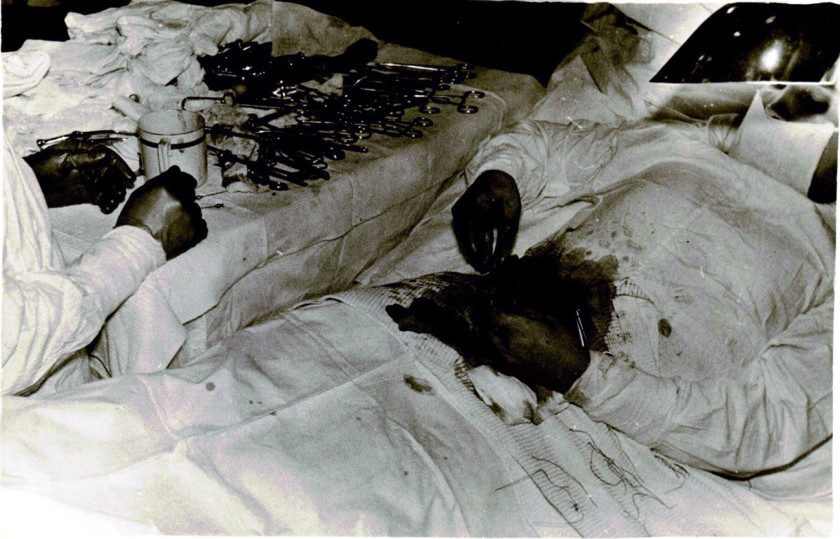 “I did not sleep at all last night. It hurts like the devil! A snowstorm whipping through my soul, wailing like a hundred jackals. Still no obvious symptoms that perforation is imminent, but an oppressive feeling of foreboding hangs over me… This is it… I have to think through the only possible way out: to operate on myself… It’s almost impossible… but I can’t just fold my arms and give up”. 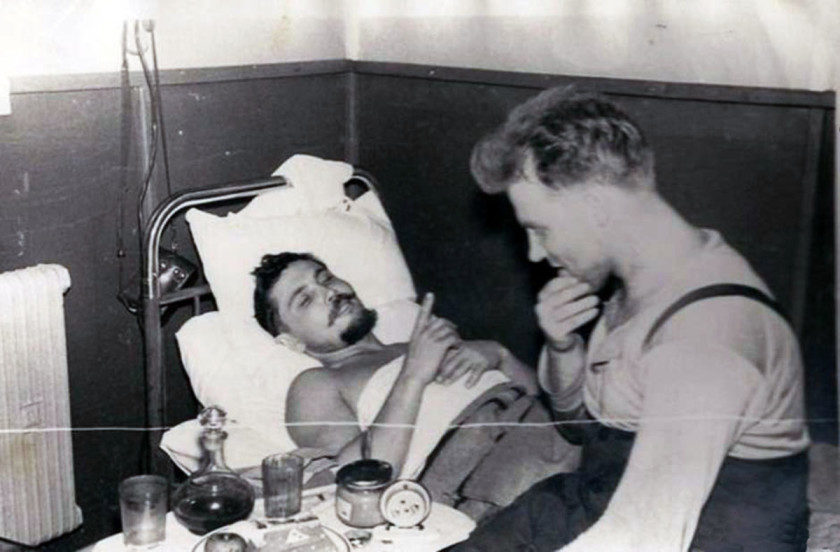 He published a short note about his incredible ordeal in the Soviet Antarctic Expedition Information Bulletin, no. 37, pp. 42-44, 1962.

He was awarded the Order of the Red Banner of Labour on that same year. But the modest Dr. Rogozov didn’t want any of accolades of what he did. For him it’s just “a job like any other, a life like any other”. 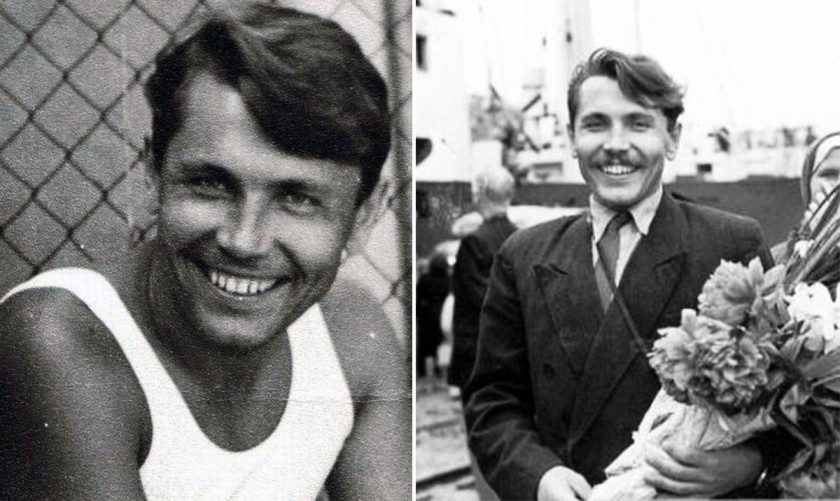 Rogozov returned to Leningrad in 1962 and worked as a doctor in hospitals in Saint Petersburg. He later served as the head of the surgery department of Saint Petersburg Research Institute for Tubercular Pulmonology from 1986 to 2000. He died in 2000 at the age of 66 from lung cancer.