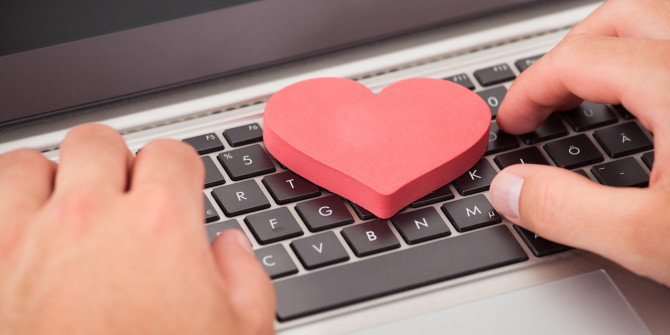 More and more singles are choosing to ignore the traditional outlets for connecting with potential partners – bars, nightclubs, social clubs, introductions by mutual friends – and opting to flirt online instead.

Why? Because it’s so much more convenient to be able to get in touch with a prospective love interest simply by tapping some details into a web browser before sifting through a diverse range of candidates.

Even if you’re a single who hasn’t got round to signing up to a dating site like this yet, it might well have crossed your mind to do so at some point in the near future.

Before doing so, it might be worth considering some facts about cyberspace romance. Here are six truths about online relationships.

There can be a gulf between fact and fiction

It might seem like one of the most convenient ways of connecting with a potential love interest is doing so in cyberspace. But if you’re an Internet dating novice, one truth you need to be aware of is how deceptive appearances can be.

When you come across a profile photo which causes your heart to quicken, just remember there is no real way of establishing its accuracy until you get to know the person better. Profile descriptions can also be either exaggerated or outright lies.

One false claim typically leveled at cyberspace romance is the connections forged in the virtual world are by definition flippant or casual. The common misconception is the majority of people trawling dating websites are only doing so for instant advocation.

Nothing could be further from the truth. In fact, people connecting in this environment are more likely to establish meaningful bonds because of the degree of commitment and honesty required.

Cultural barriers can be transcended

Individuals connecting in the more traditional outlets, such as bars or social clubs, have a fairly restricted pool of potential partners to choose from. But one of the most significant truths about online relationships is the lack of boundaries in terms of who you can strike up a friendship with.

Anyone joining a dating website has every chance of striking up a strong rapport with someone on the other side of the world as much as within their own neighborhood.

Site users are less likely to judge whoever is at the other end of their web browser based on skin color, religious affinity or sexual orientation.

The casual aspect is often hard to avoid

While people approach web relationships from a variety of perspectives, there can still be a tendency for some users to be less dedicated to finding a long-standing partner. Some approach online dating to arrange no-strings-attached encounters. But because virtual daters are more likely to be open about their aspirations, you can quickly determine whether the person you are communicating with is on the same wavelength.

An obvious truth which will become apparent to anyone delving into the world of cyberspace romance is the likelihood of encountering individuals of all ages.

The Internet isn’t just a domain for the younger generation. In fact, increasing numbers of middle-aged or retired individuals are taking full advantage of the possibilities offered by this medium to strike up friendship or romance.

Offline relationships will always be the default

Ironically, the most obvious aspect of online relationships is the fact they should always be seen as a precursor to meeting in the offline world. First and foremost, dating sites are introductory platforms. Nothing will ever replace the joy of falling for someone face-to-face.