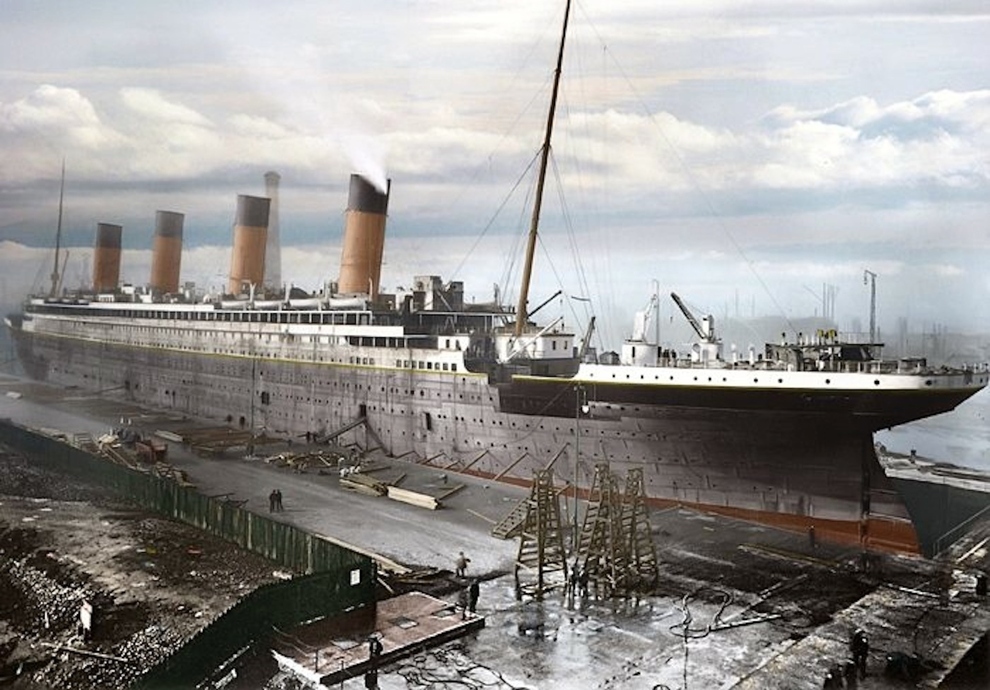 These vibrant pictures will capture your imagination. Enjoy!

Photo of the Titanic under construction. The ship was built by the firm of Harland & Wolff at their shipyard on Queen’s Island, in Belfast, Ireland.

The sheer size of the ships forced Harland and Wolff to demolish three existing slipways and build two new ones.

Construction of the ships bow.

The Titanic was built alongside her sister ship, the Olympic.

The Titanic leaving Belfast while being guide by two tug boats.

A photo of the ship’s gymnasium, which include a punching bag, a rowing machine, and exercise bikes.

First-class entrance hall, at the top of the Grand Staircase.

First-class room B-59, decorated in the Modern Dutch style.

First-class room B-64, decorated in the Empire style.

The first-class smoking room, was men only. The room was built in the Georgian style — which was a style popular with gentlemen’s club at the time.

The first-class dining saloon, at over 114 feet, was the largest room on the ship and could accommodate up to 554 passengers.