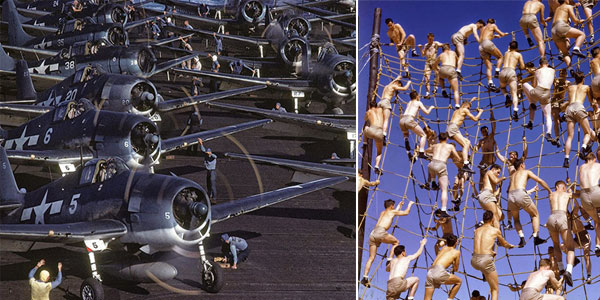 We never get enough when it comes to rarely seen photos from history. This time we give you an amazing collection of rare color images during the Second World War era.

1. An unidentified US pilot stands up in the cockpit of his plane on the tarmac on Midway Naval Base, Midway Islands, 1942. 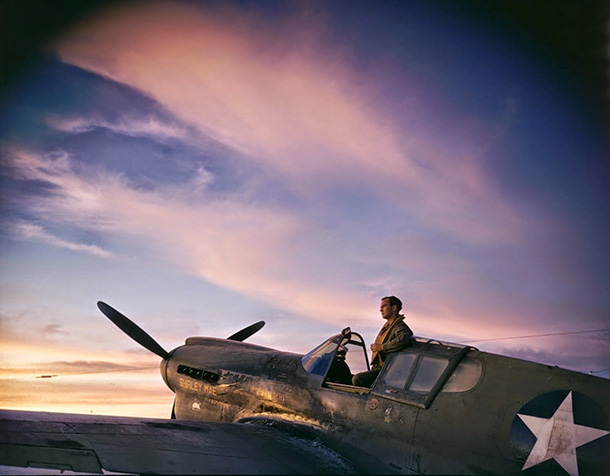 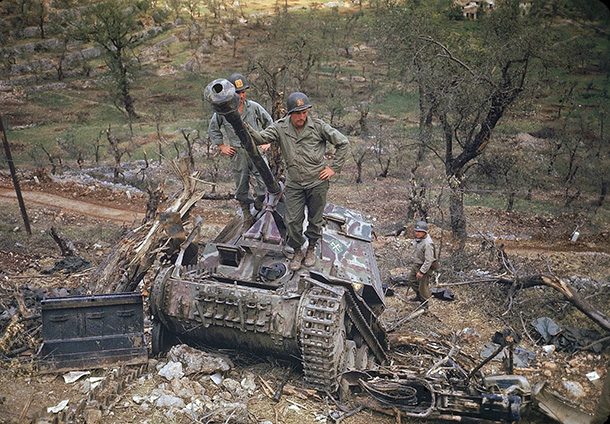 3. A group of Curtiss P-40 Warhawks escorted a pair of Consolidated B-24D Liberators on a flight near the Aleutian islands, Alaska, 1944 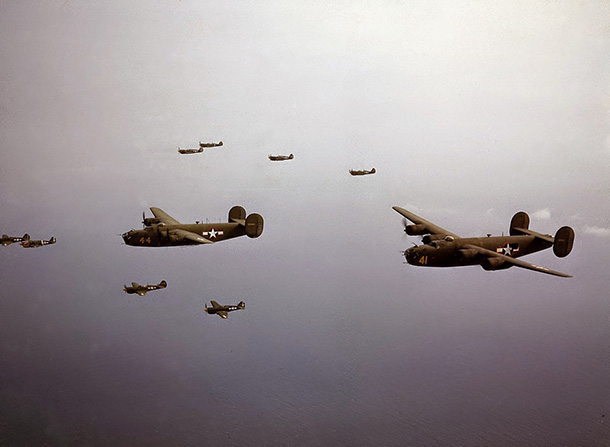 4. A pair of servicemen and a quartet of schoolboys sit on bridge over the Thames, Henley-on-Thames, England, May 1944. 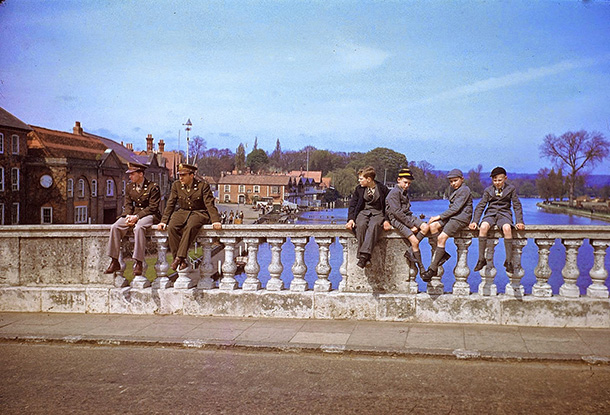 5. American servicemen drive in jeeps through an unidentified and nearly completely destroyed town, Italy, May 1944. 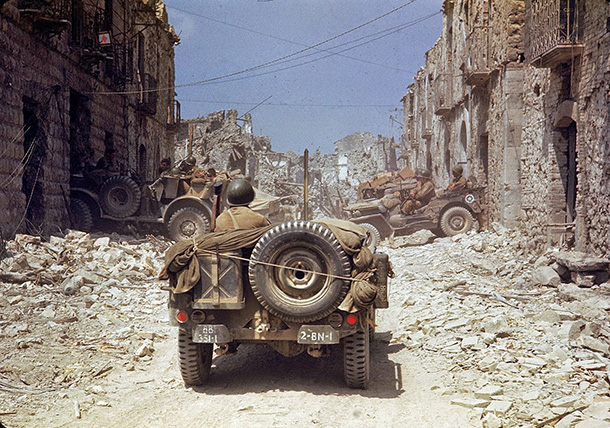 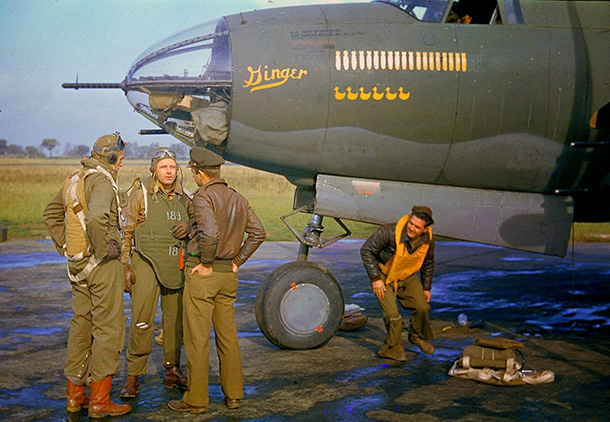 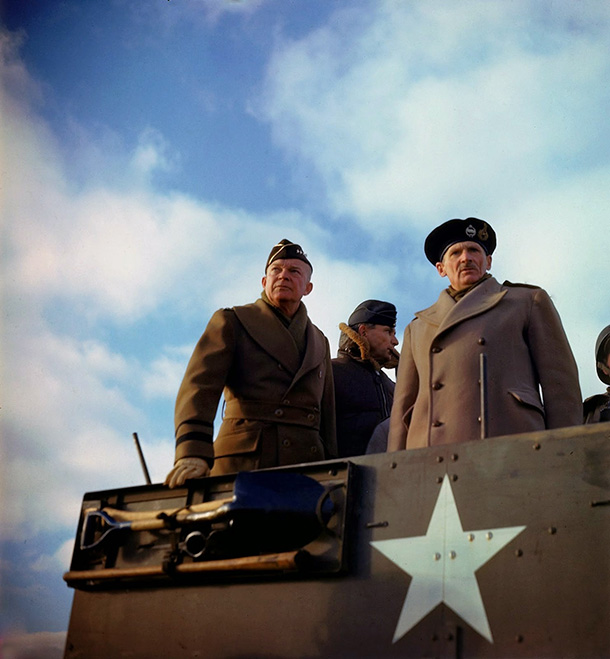 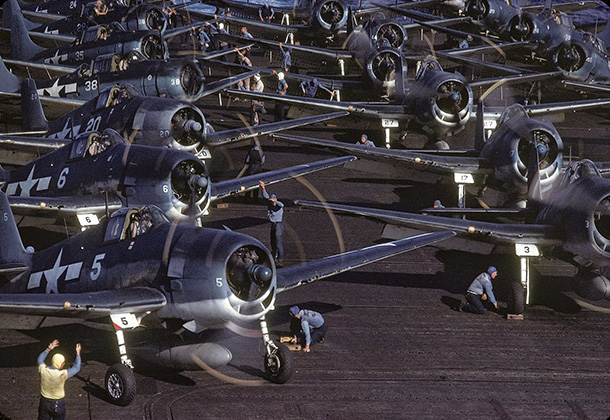 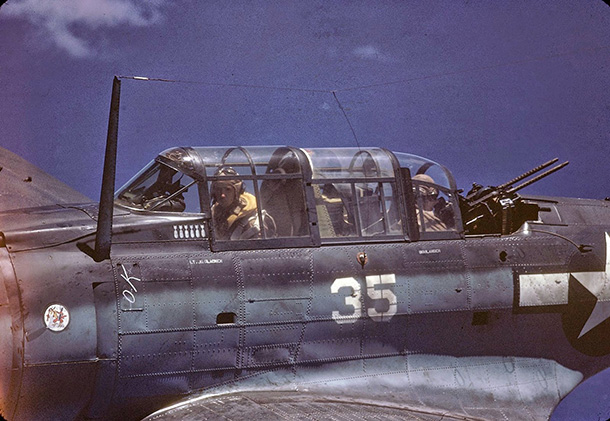 10. Pair of American servicemen moving a large bomb at an ammunition dump in 1944. 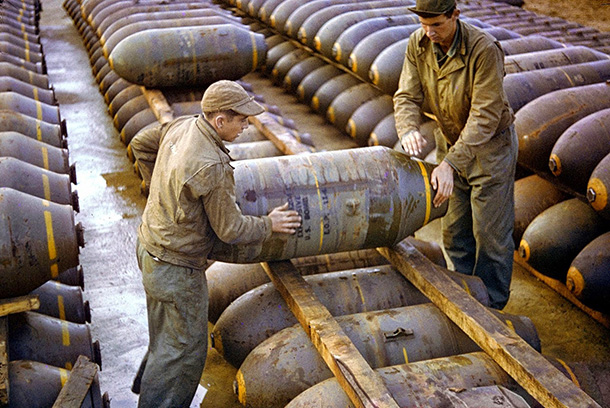 11. American troops unloading supplies on the shores of Guadalcanal Island in 1943. 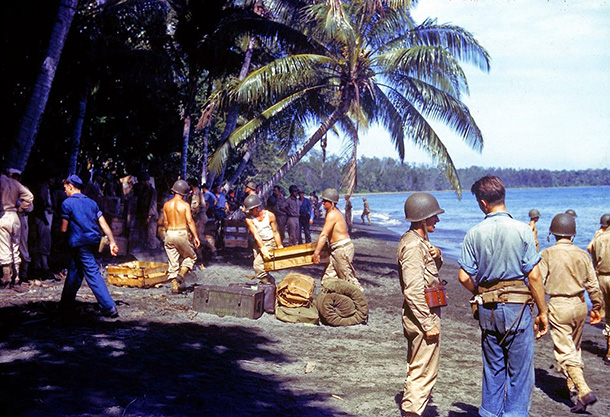 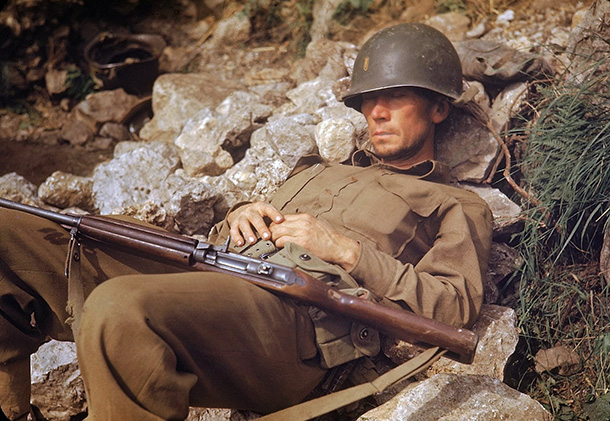 13. An unidentified American soldier sits and eats his meal (which includes chicken, mashed potatoes, bread, and pineapple) atop rows of a stockpiled ammunition shells, England, May 1944. 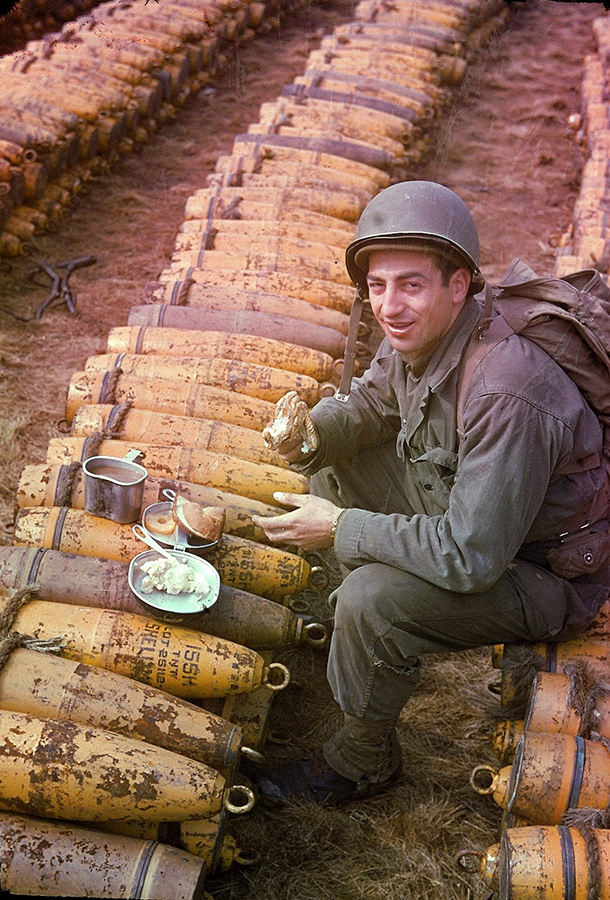 14. American Army trucks parked next to the St. Lucia fountain in 1943. 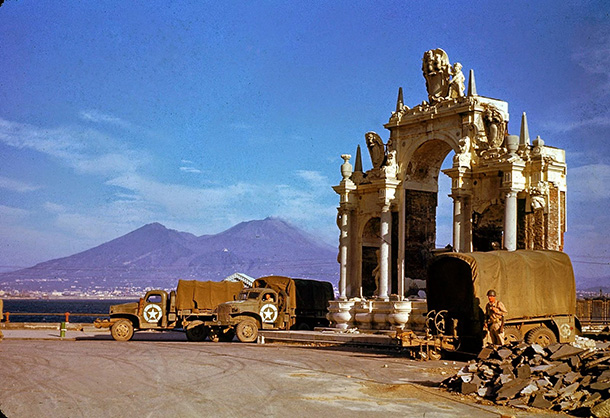 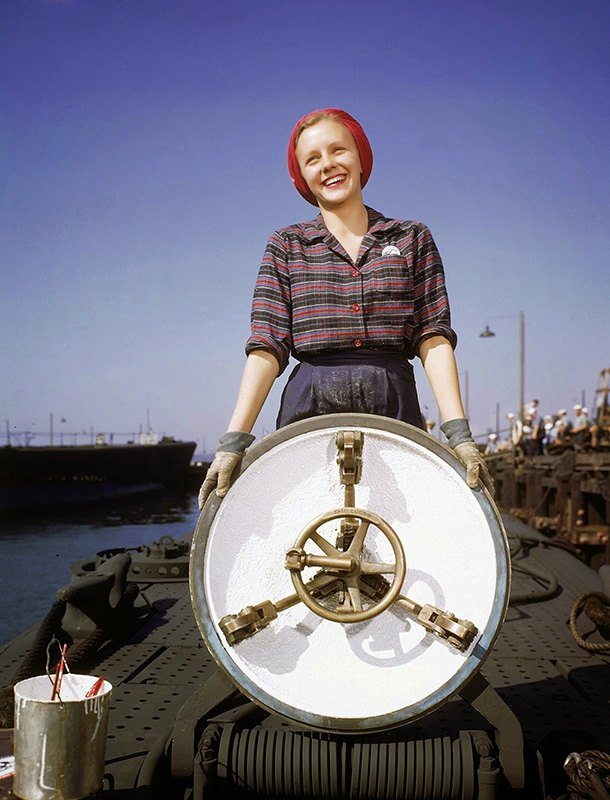 16. British and South African soldiers hold up Nazi trophy flag while combat engineers on bulldozers clear a path through the debris of the bombed out city of Cassino in 1943. 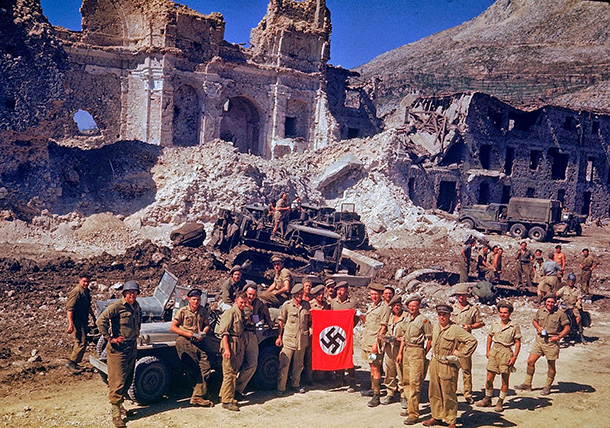 17. A US Army Corps of Engineers solider packs 1/2 pound tins of the explosive TNT under one end of an abandoned German tank in preparation for detonation during military operations in the El Guettar Valley, Tunisia, early 1943. 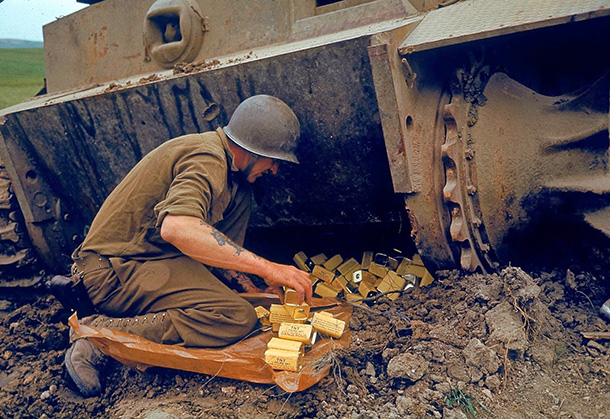 18. An American gun crew in camouflaged emplacement awaiting orders to fire during the desert fighting between German and American forces in the El Guettar Valley in 1943. 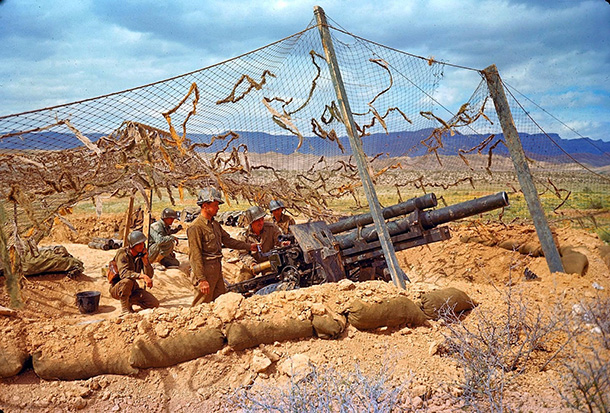 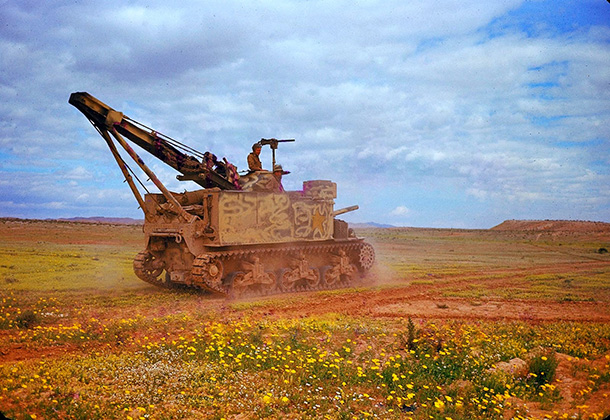 20. Members of the flight and ground crews of a B-17 bomber named ‘Honey Chile II’ make adjustments to their plane prior to a mission, Polebrook, Northamptonshire, England, fall 1942. The crew and plane originate from the 97th Bombardment Group of the 8th Bomber Command (later 8th Air Force) which was stationed at Polebrook from June until November of 1942. 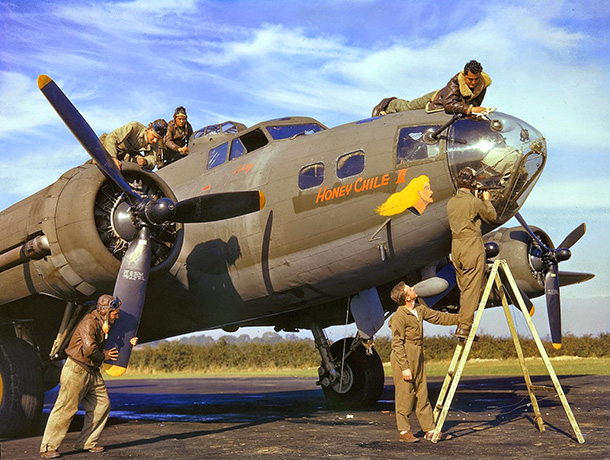 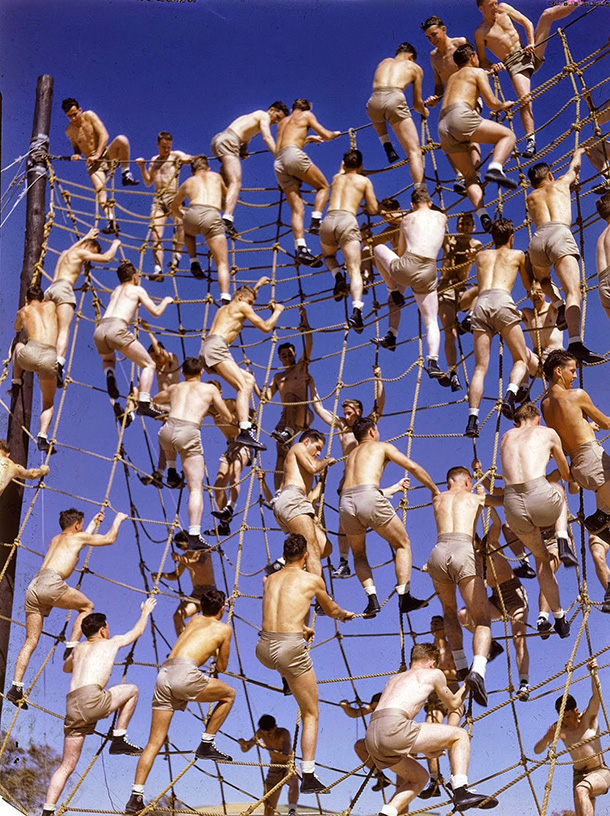 22. Curtiss Wright’s chief test pilot H. Lloyd Child (center) writes on a clipboard as he stands with other pilots on a tarmac near the companies manufacturing plant, Buffalo, New York, 1941. 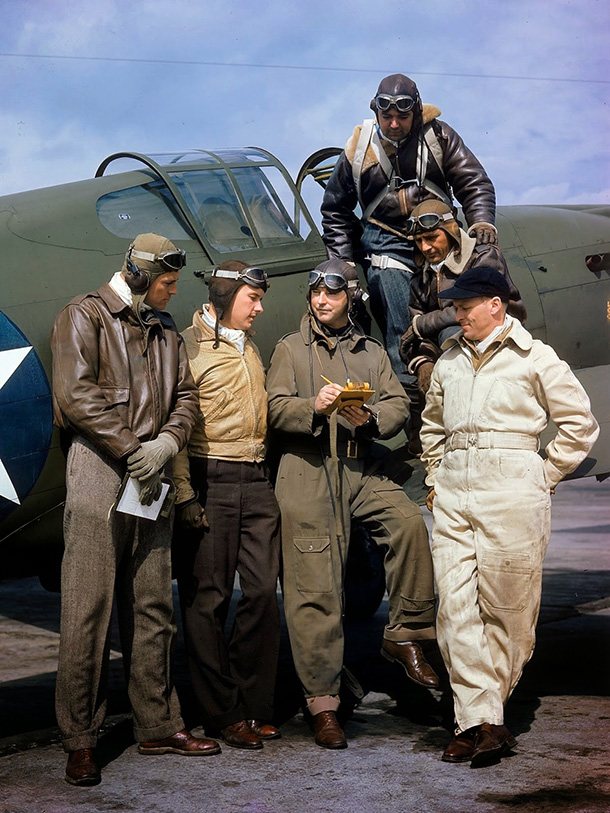 23. An American soldier sits behind the wheel of a Willys MB jeep, shortly before the United States joined World War II, 1941. 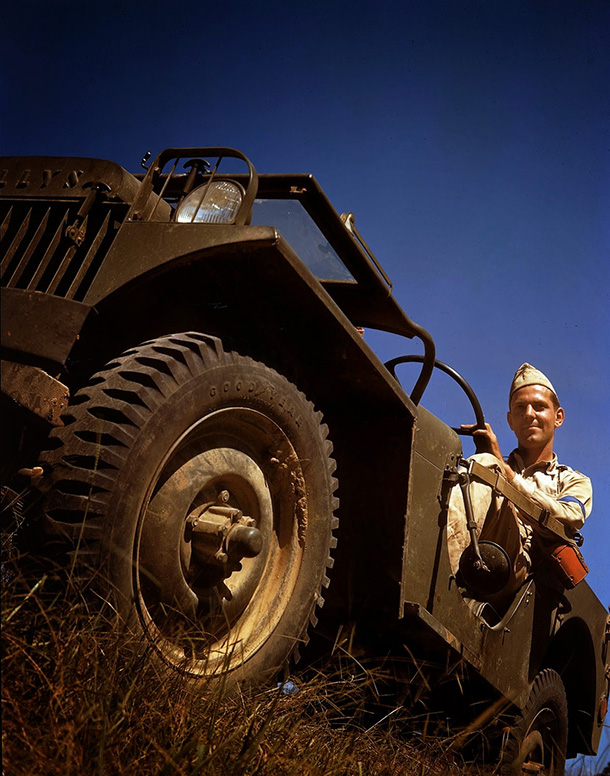 24. Three American Marines in dress uniforms talk aboard an unidentified ship during the US Navy’s Pacific fleet maneuvers near Hawaii, September 1940. 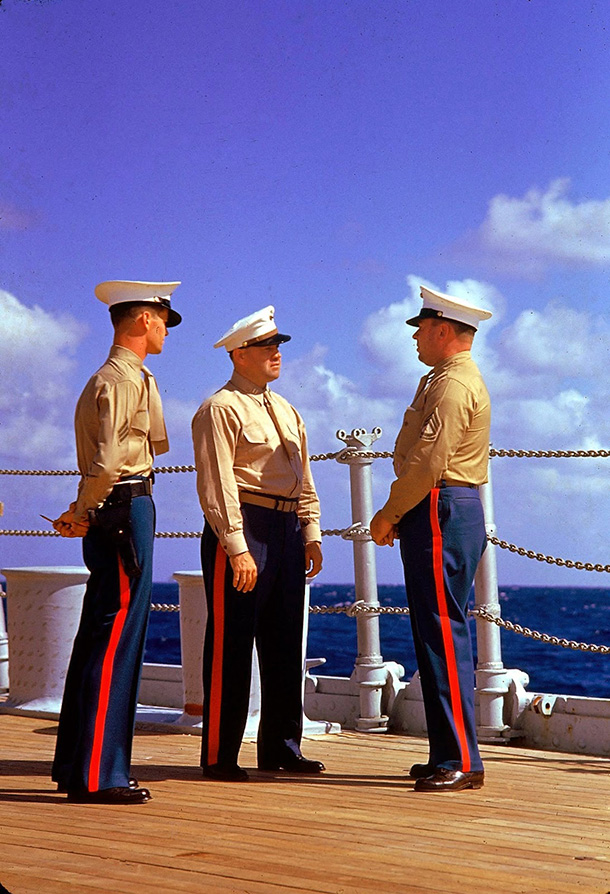 25. Crew removing plane which has made a slight crash landing aboard the aircraft carrier Enterprise CV-6 during the US Navy’s Pacific Fleet maneuvers in 1940. 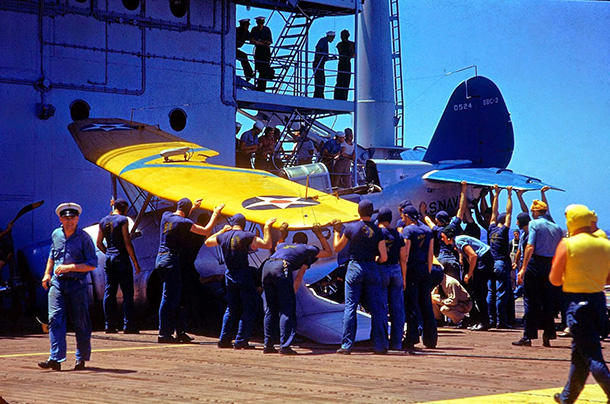 26. Crew aboard the aircraft carrier Enterprise CV-6 listening to instructions during the US Navy’s Pacific Fleet maneuvers around Hawaii in 1940. 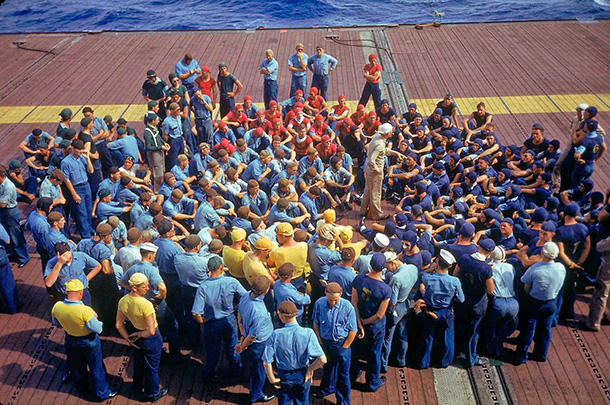 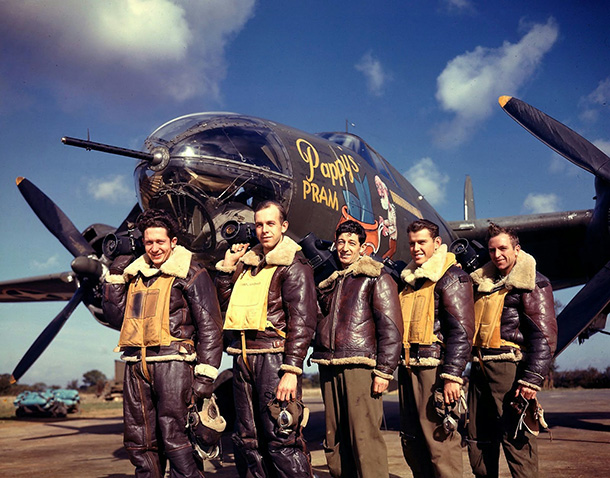