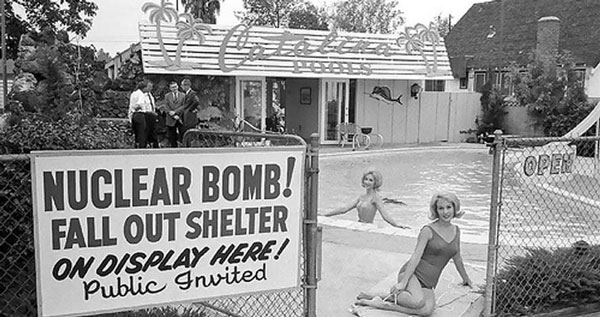 At the height of the Cold War, the civilian populations were trained just what to do in the event of a nuclear attack — run to their fallout shelter! Or at least take cover in a building bearing a yellow fallout shelter symbol. 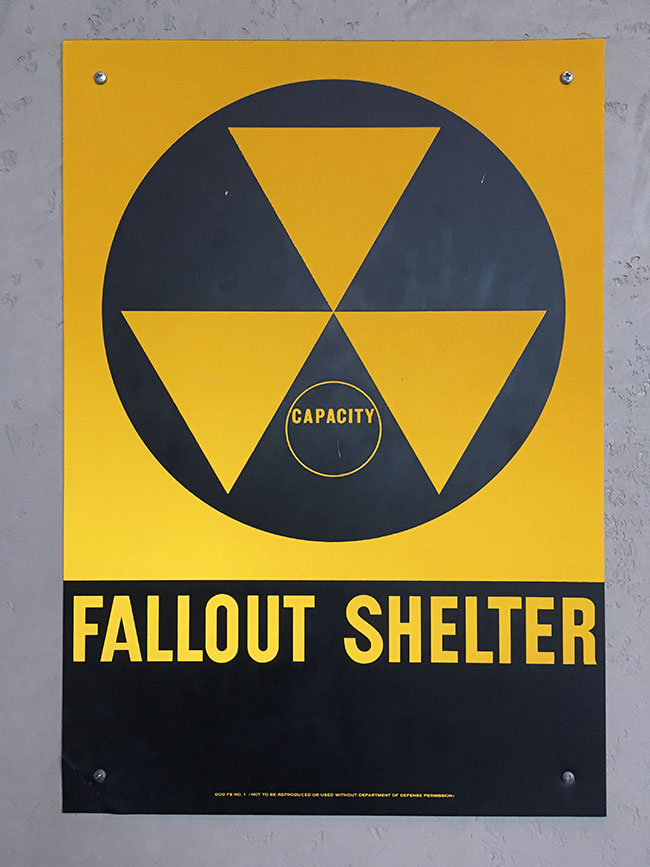 A fallout shelter is specially designed to protect occupants from radioactive debris or fallout resulting from a nuclear explosion. Many such shelters were constructed as civil defense measures during this crazier times.

A fallout shelter is designed to allow its occupants to minimize exposure to harmful fallout until radioactivity has decayed to a safer level. 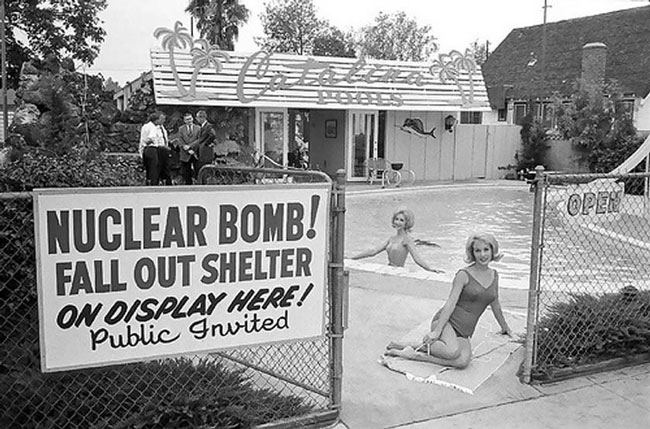 A mother and her children made a practice run for their $5,000 steel backyard fallout shelter in Sacramento, California, in 1961. 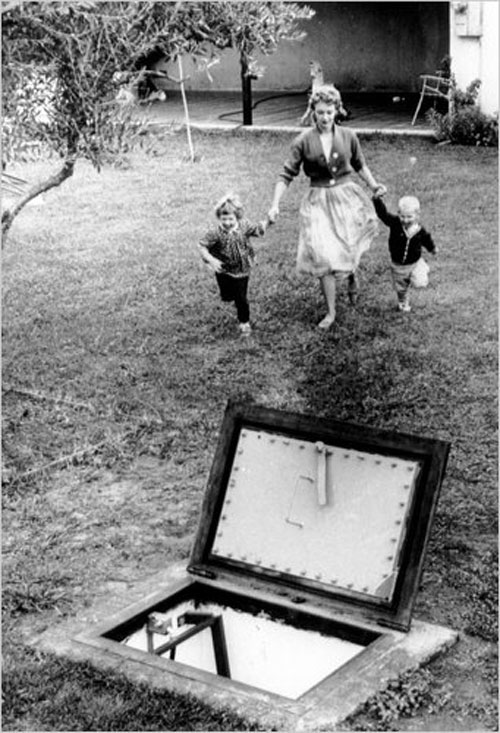 [wp_ad_camp_1]
An Atomic Bomb Shelter for personal use 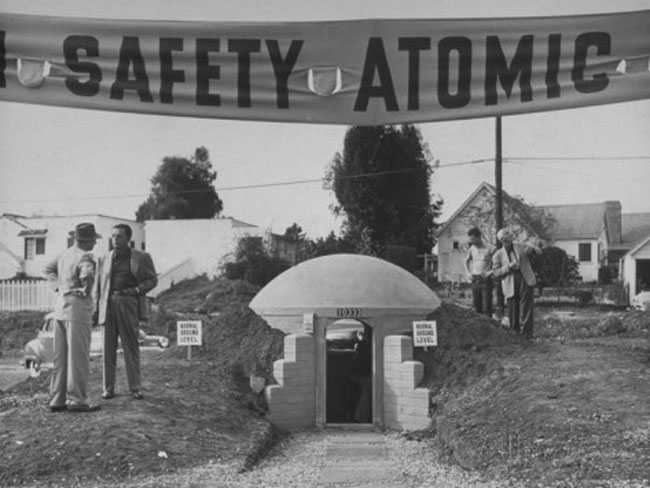 Family shopping for their fallout shelter 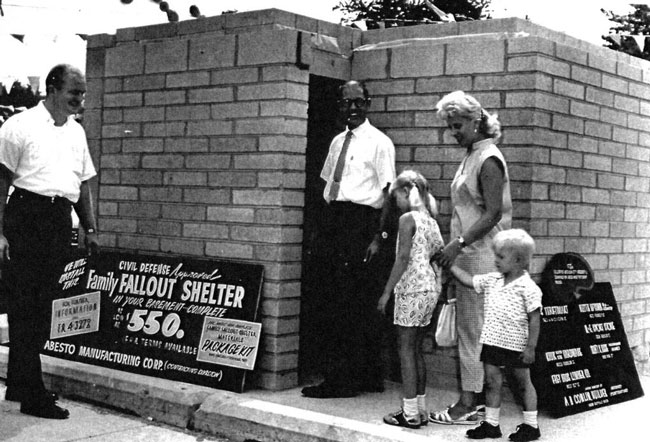 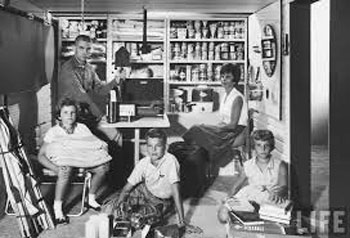 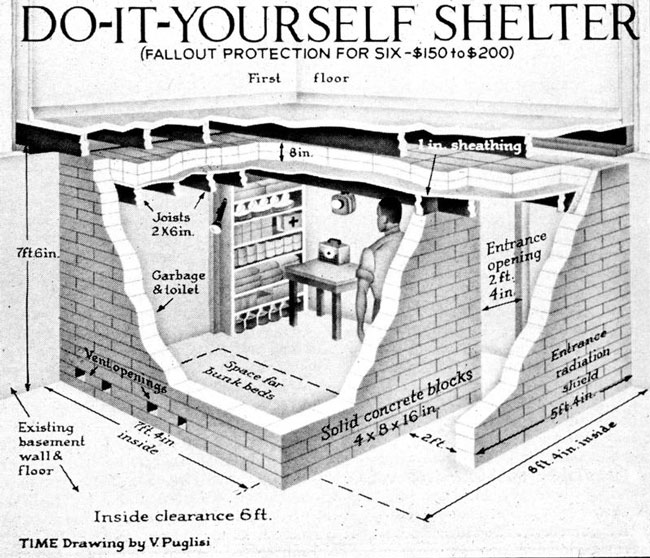 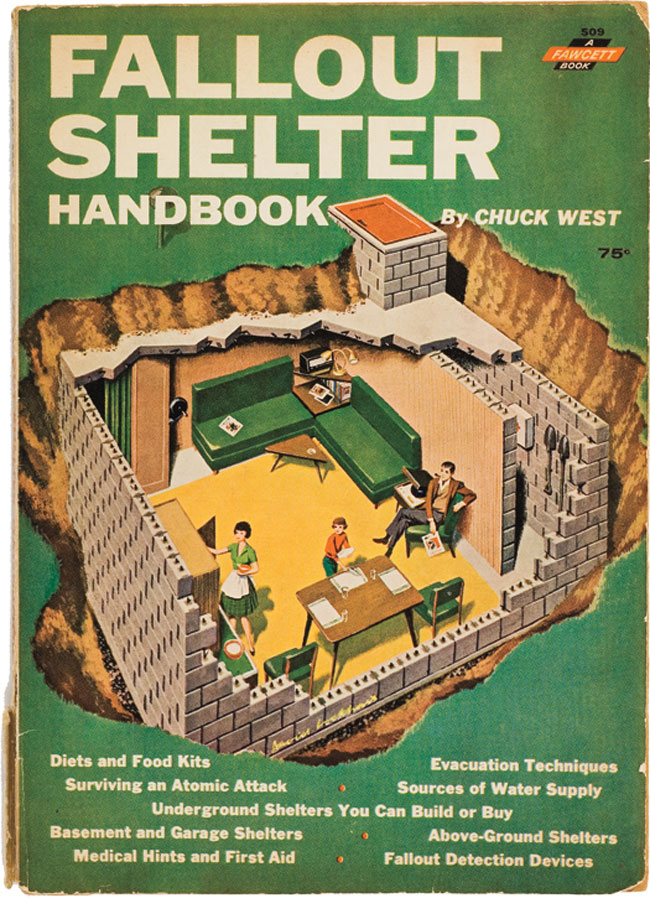 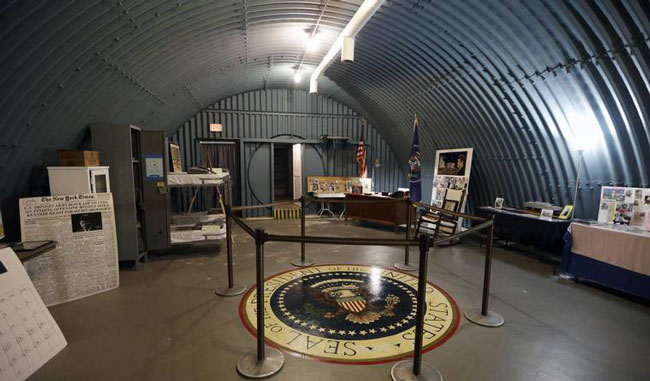 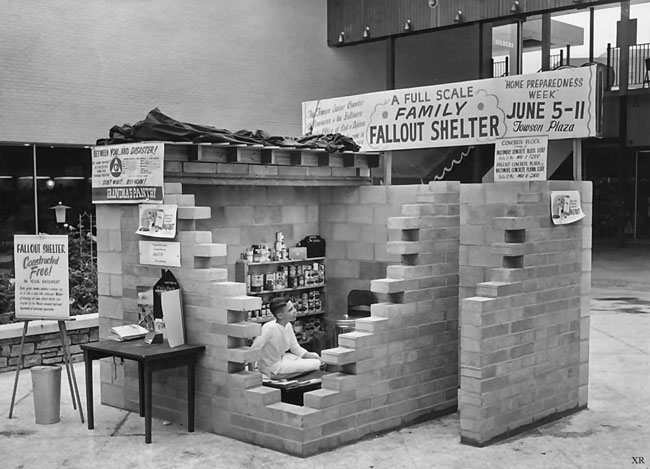 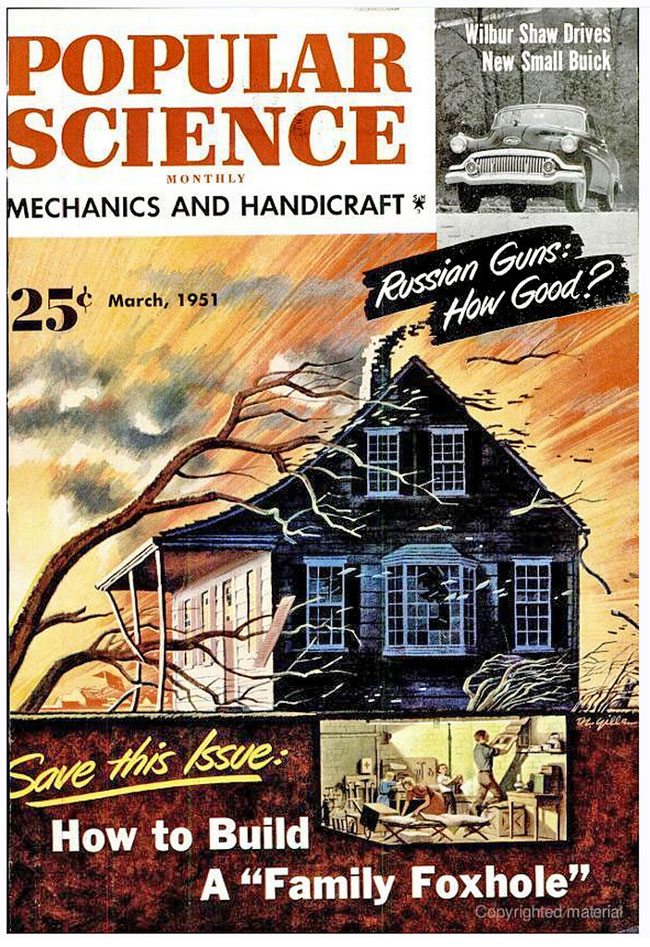 Fallout shelter during the cold war 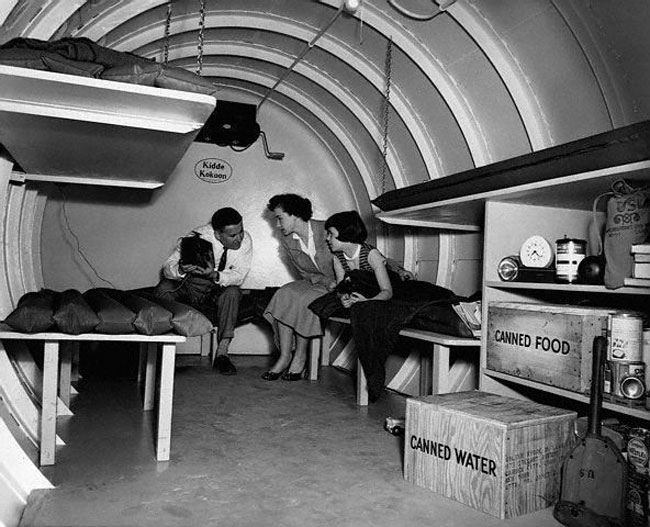 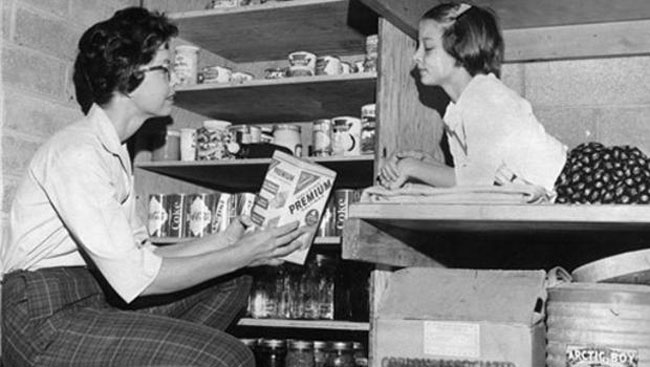 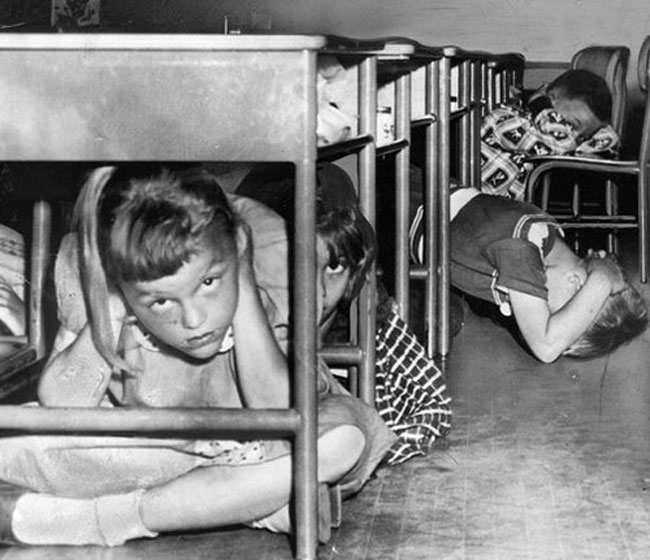 Because of the cold war and the nuclear arms race, a Septic tank is converted to 6 person bomb shelter, 1951 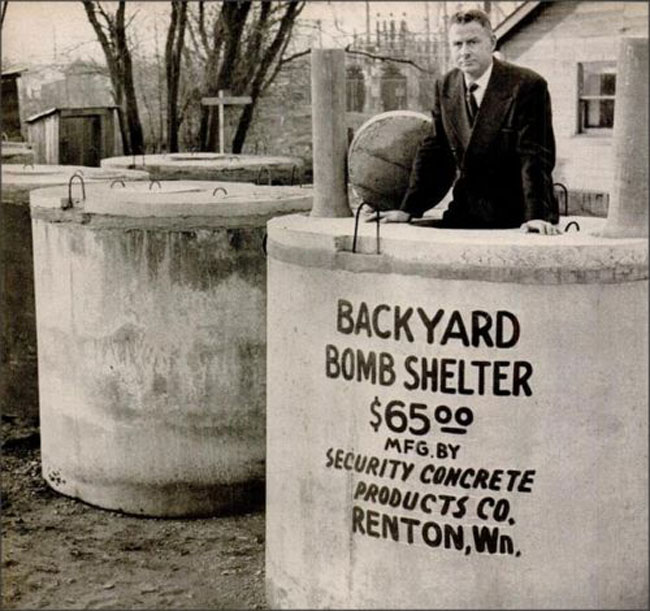 Government photograph of suggested supplies for a fallout shelter, ca. 1961. 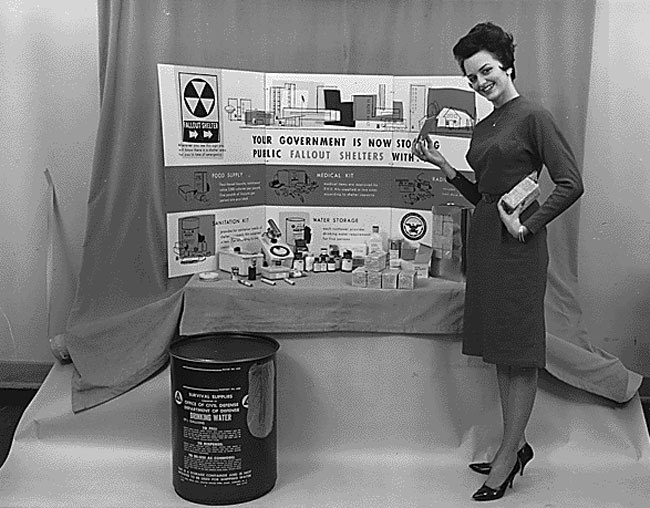 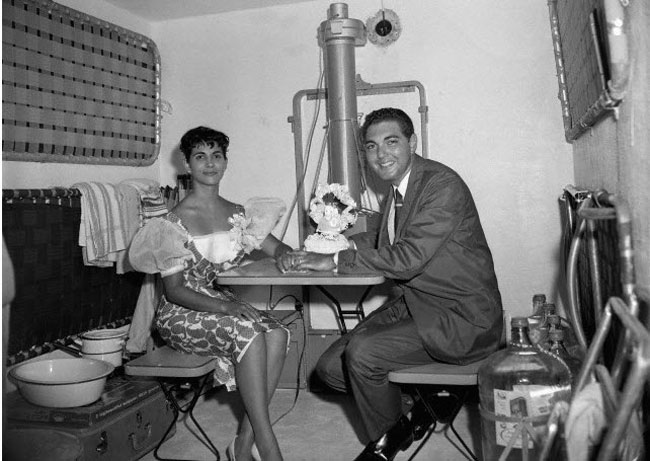 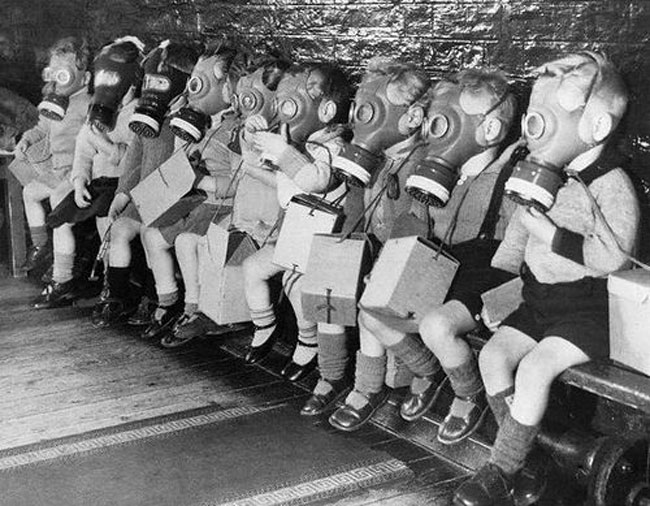 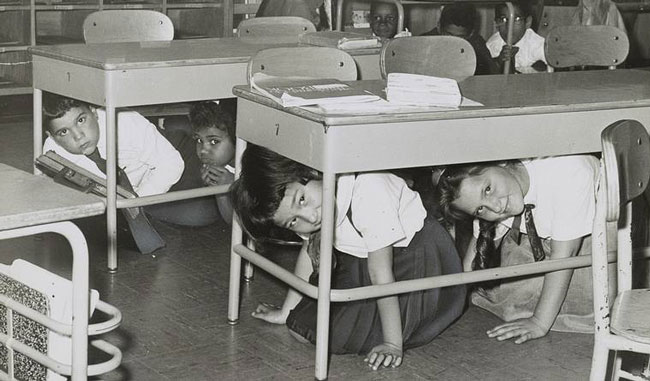 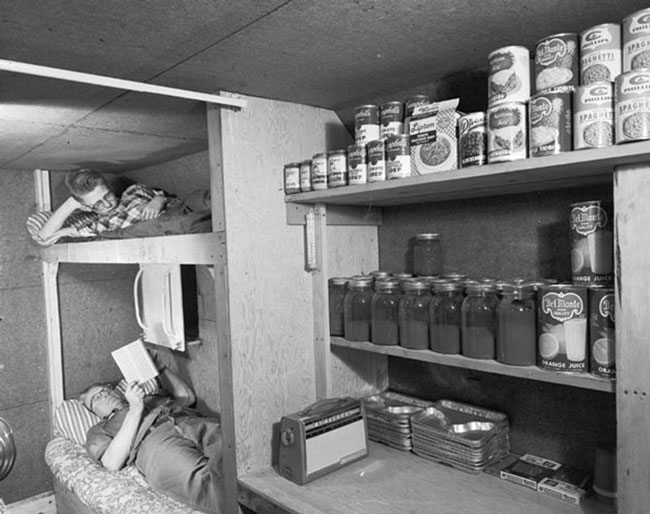 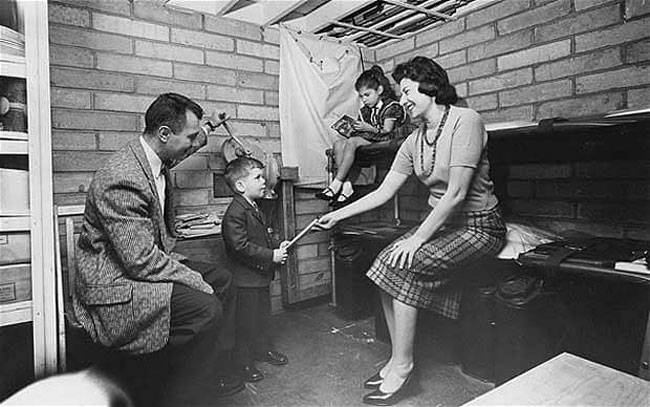 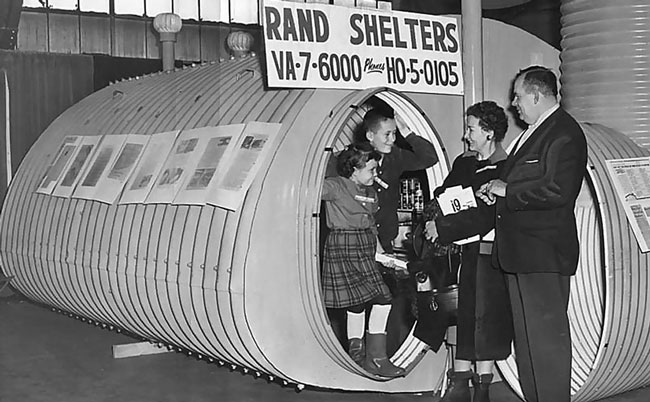 Harry and Mary Dembe and their children, Steven and Elaine, peer curiously into the steel bomb shelter that the family installed beside their Scenic Drive home 40 years ago. 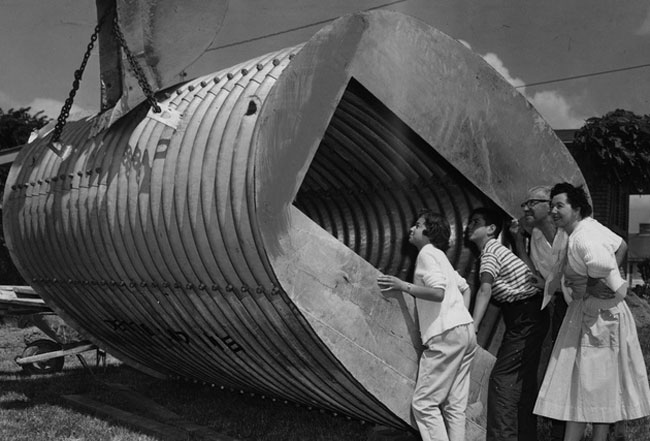