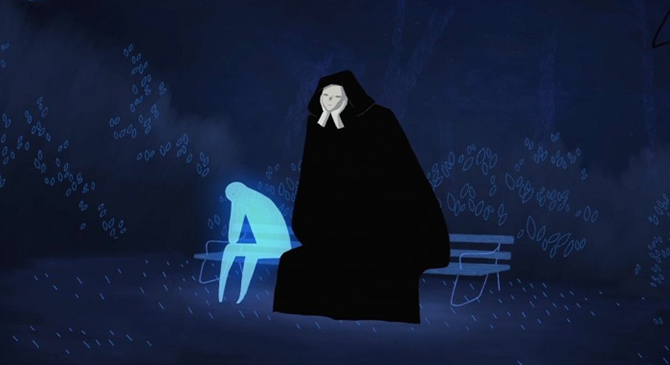 Deep and powerful, this short, award-winning animation by Dublin-based studio, And Maps And Plan, tells the story of a lost soul, drunk and stumbling through the city until Death finds him. Titled Coda, this animated film’s interpretation of death will give you a new perspective on what happens to us when we die. A must-watch.

Credit: And Maps And Plan