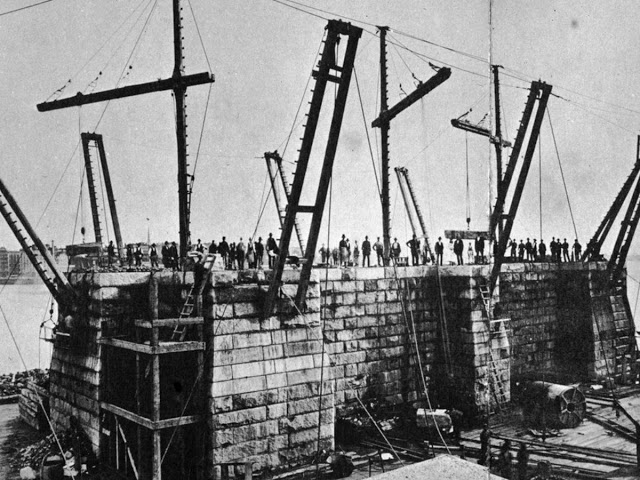 The plan to construct the Brooklyn Bridge was first thought to be un-buildable. But that’s what drew John Roebling to the project: having earned a reputation as a designer of suspension bridges, he made his major breakthrough on the Brooklyn. The construction started in 1872.

When it opened in 1883, the Brooklyn Bridge was the solution to a geographical problem that should be familiar to anyone living in New York today: the jobs were in Manhattan but the cheap housing was in the outer borough.

But the construction of the bridge was a very complicated one that tested the limits of engineering and technological ingenuity.

The suspension bridge to be constructed across the East River appeared veritably un-buildable, due its unprecedented distance. But John Roebling took up the challenge. The project would consume him, literally – he died of tetanus after losing toes in a construction-related boat accident. More than two dozen construction workers also died in falls and in a fire.

Washington, Roebling’s 32-year-old son, took over as chief engineer. But he himself ended up bedridden from compression sickness, the result of building the bridge’s two granite foundations inside timber caissons, or watertight chambers, which were sunk to depths of 44 feet on the Brooklyn side and 78 feet on the New York side.

The partial paralysis of Washington led Roebling’s wife, Emily, to step in. She had studied higher mathematics, the calculations of catenary curves, materials strength, bridge specifications, and the intricacies of cable construction, and spent the next 11 years assisting her husband on the bridge’s construction. 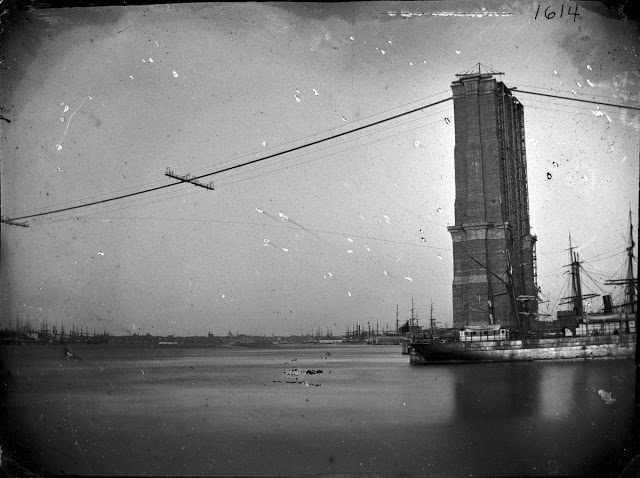 Workmen on cables during construction, 1881 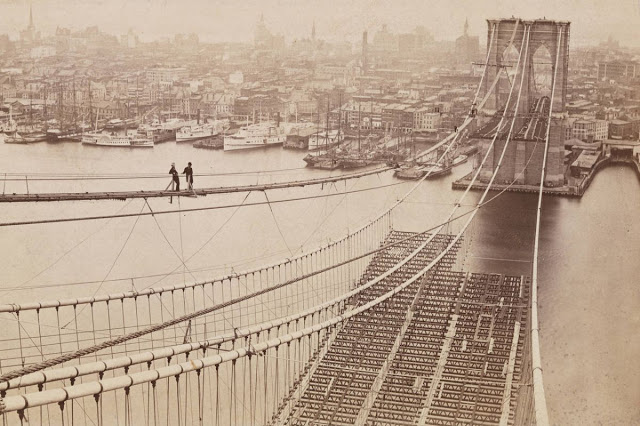 Early plan of one tower for the Brooklyn Bridge, 1867 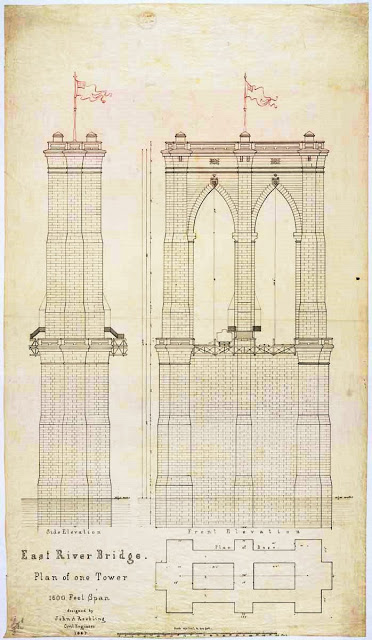 Foremen, workers and others on site in 1877 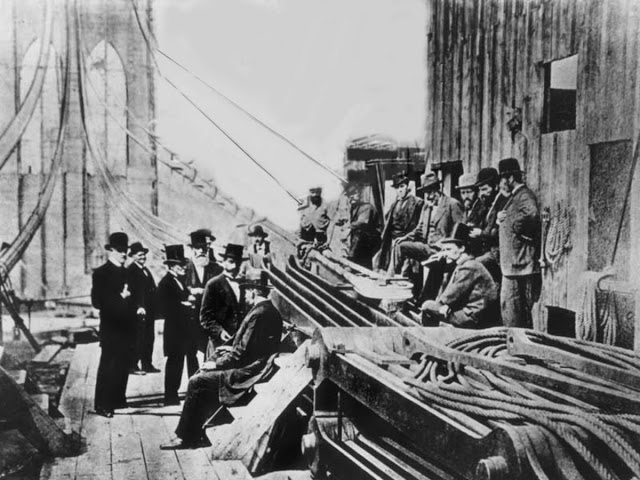 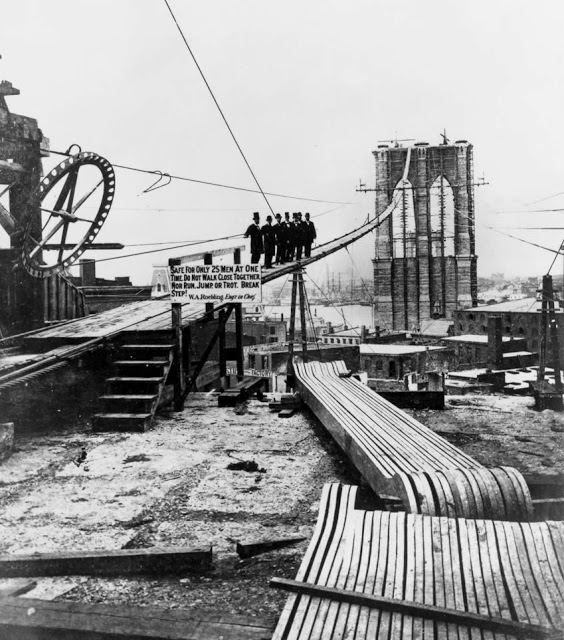 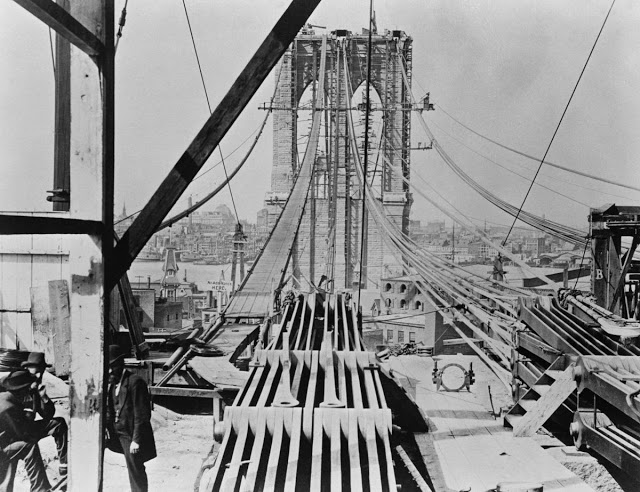 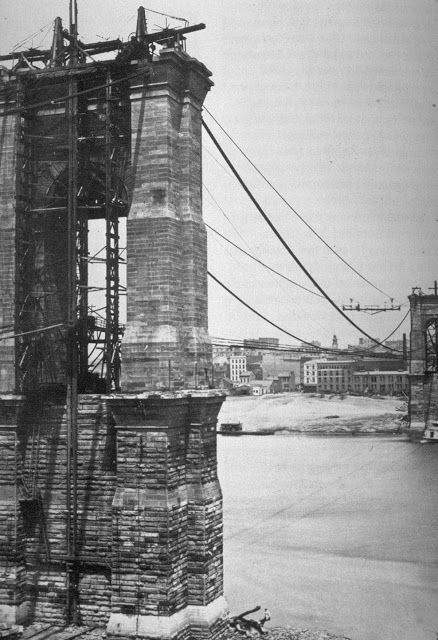 Ship passes beneath the Brooklyn Bridge during construction, 1870s 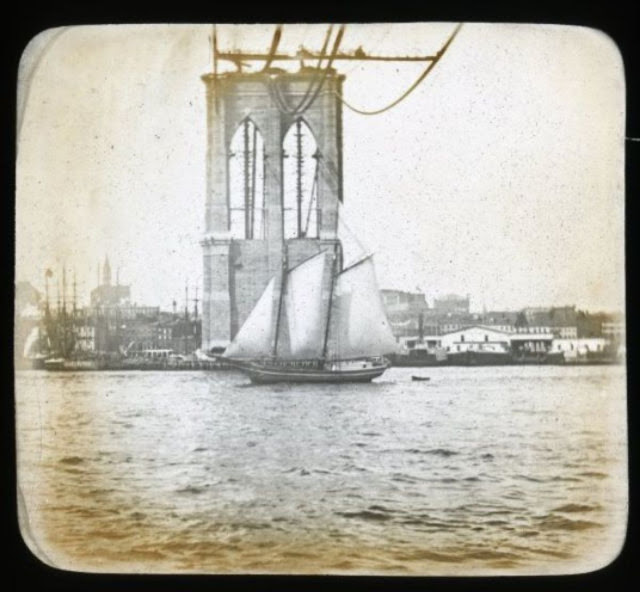 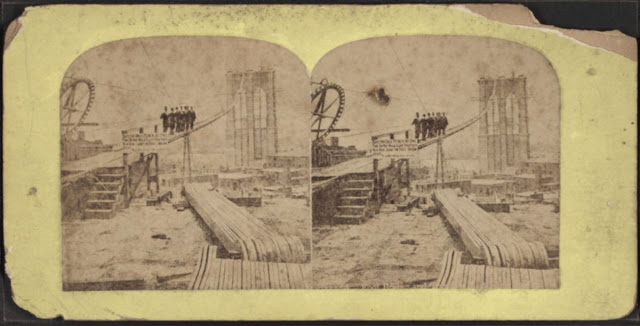 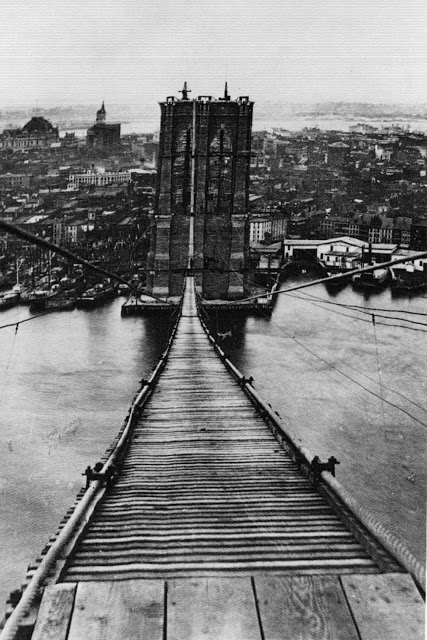 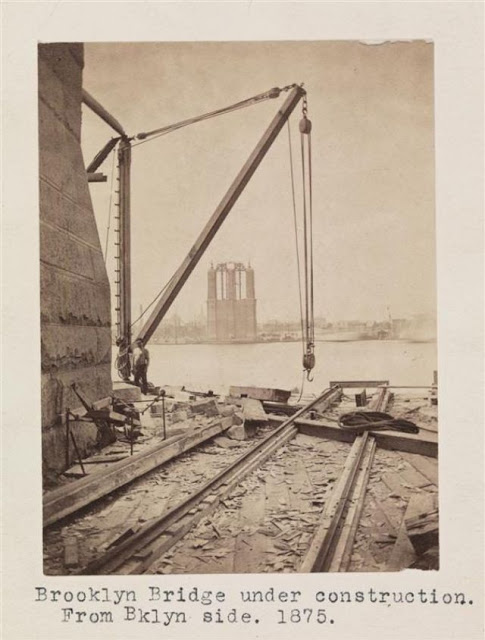 One tower of the Brooklyn Bridge under construction, 1875 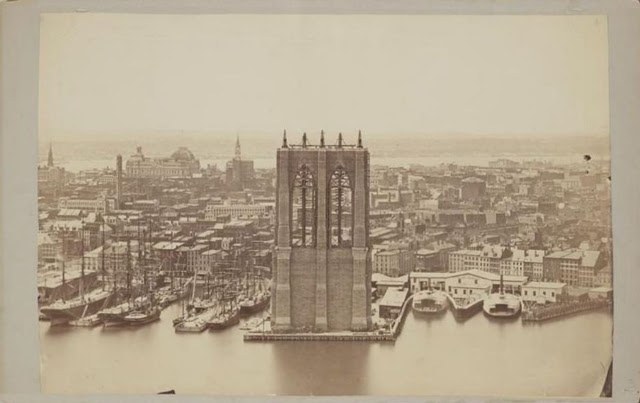 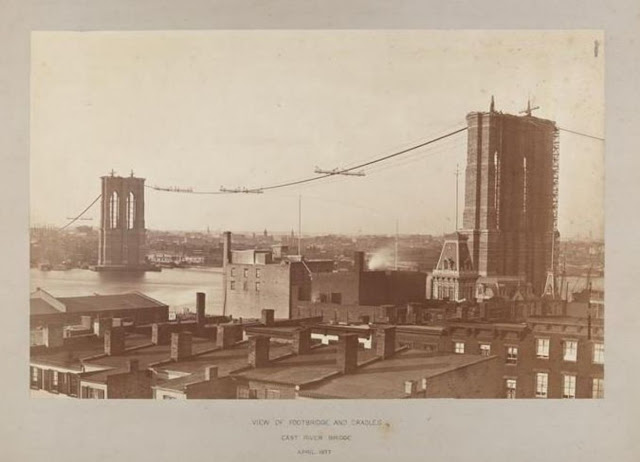 View from one of the bridge’s towers in 1880 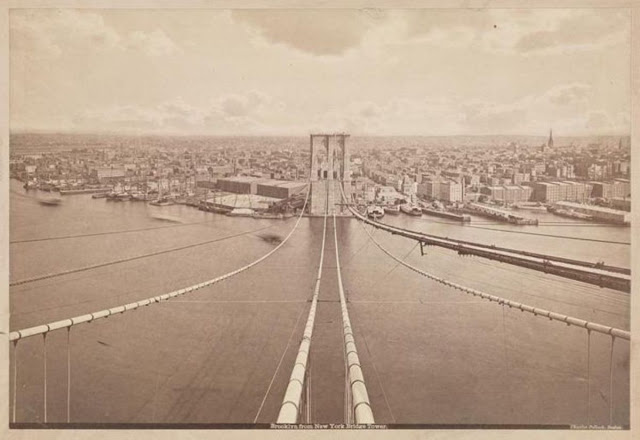 The Brooklyn Bridge under construction, 1880 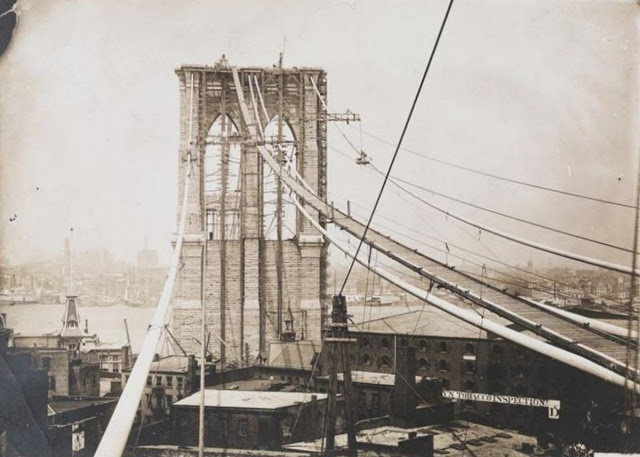