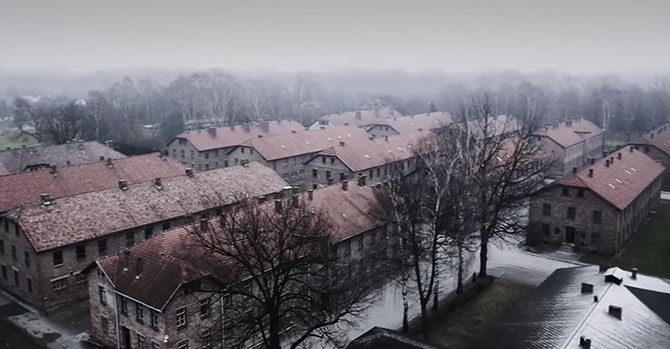 70 years after the liberation of Auschwitz, BBC gave the world a chance to see the ruins of the concentration camp, where 1.1 million people died. They launched a drone over the site located in southern Poland, and the resulting images were astoundingly powerful.

Auschwitz was the largest camp established by the Germans during WWII. The camp is now maintained as a World Heritage Site visited by thousands of tourists and survivors every year. Watch.