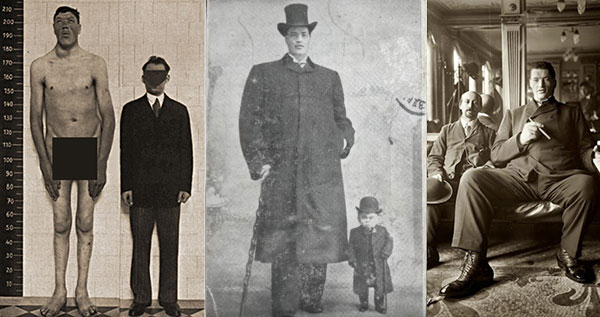 Born in 1899 in Austria, Adam Rainer holds the unusual distinction in medical history as the only person that was both a dwarf and a giant.

From birth into adulthood, Rainer was always short. But a strange medical phenomenon happened when he was 21, Rainer began a growth spurt that made him over 7 feet tall in just 10 years later. Here’s the story of how it happened.

At age 18, Rainer was 4 feet 6.3 inches tall, which classified him as a dwarf. Dwarfism is typically defined as an adult height that is less than 4 feet 10 inches.

When he was 18, Adam Rainer tried to join the army, but was rejected for being too short. He tried again next year since he had grown a bit taller, but the army rejected him again.

When Rainer was 21 years old, however, he began a dramatic growth spurt. And by age 32, he was over 7 feet tall. 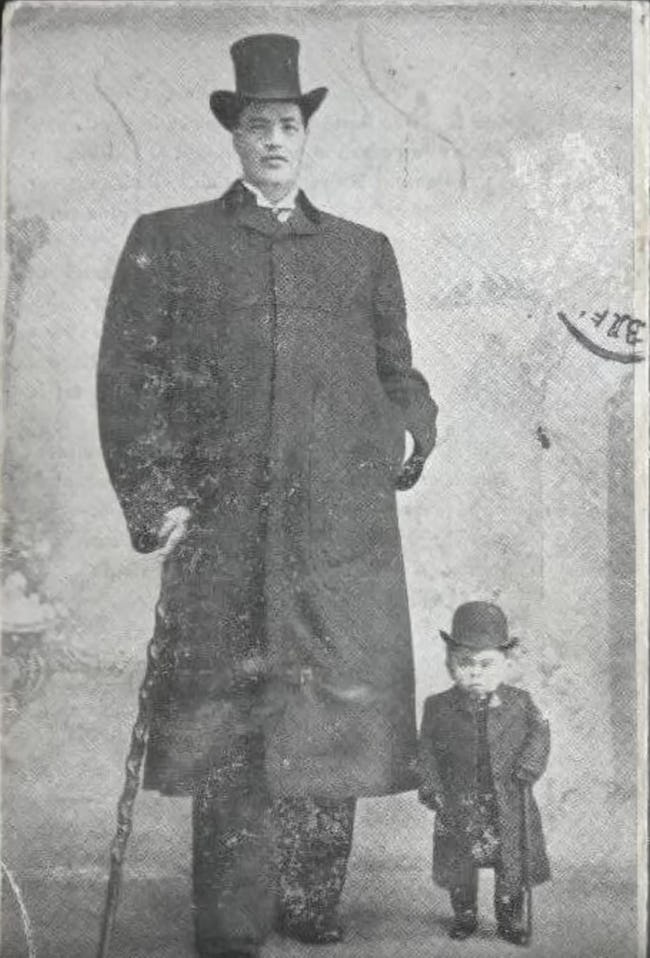 In the late 1920’s, when Rainer was approaching 30 years of age, he lost his appetite, developed a spinal curvature, and started having difficulty walking. As Rainer grew, his health started to go downhill. He also became nearly blind in his right eye, and deaf in his left ear.

Doctors discovered a tumor on his pituitary gland that caused an overproduction of growth hormone. This condition is called acromegaly. Rainer developed a number of the typical symptoms including enlarged hands and feet, a protruding forehead and jaw, and teeth that are more widely spaced than normal.

In 1930, doctors removed Rainer’s tumor to try to stop the overproduction of growth hormone. The doctors said there was only a slim chance that the operation would work, because the tumor had been growing for 10 years. 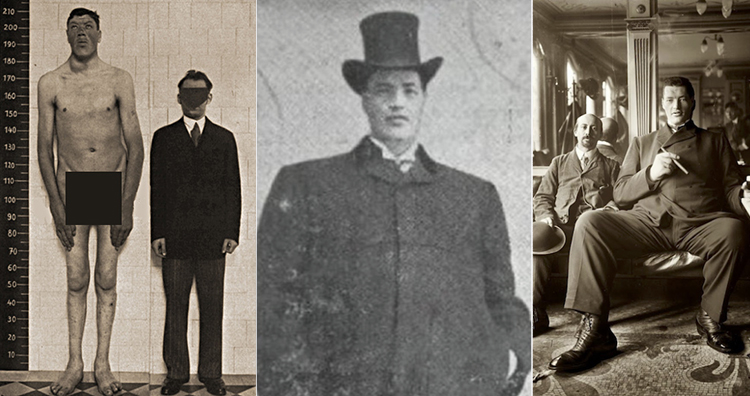 When he was measured again a few months later, his height was the same as the previous measurement. But it turned out his spine had become more curved, which meant that while his standing height was the same, his body continued to grow.

The operation was successful at slowing Rainer’s rate of growth. But his health continued to deteriorate. His spinal curvature became so severe that he was confined to bed for the rest of his life, and he was admitted to a “home of the aged.” 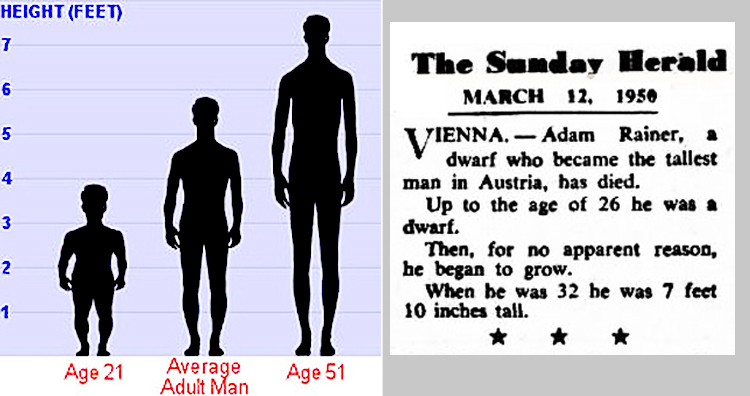 Adam Rainer died in 1950, at age 51. There’s conflicting information about how tall he was when he died. Some sources say it was 7 feet 10 inches, others say 7 feet 8 inches.