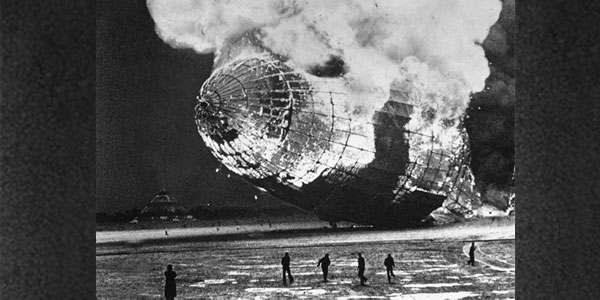 The Hindenburg was a behemoth German passenger airship that caught fire, crashed and burned to the ground. This original footage from the British Pathe archive shows impressive shots of the Hindenburg taking its famous flight on May 6, 1937, and during its attempt to dock with its mooring mast in Lakehurst, New Jersey, when it caught fire and crashed. 13 out of 36 passengers died, while 22 out of 61 crew members died. It marked the abrupt end of the airship era.